I wanted to make this post to highlight several issues with Sim Update 5 that are significantly affecting the enjoyment of the sim.

I am very disappointed with the implementation of the performance “improvements”. This update feels like a huge downgrade in visual quality with the constant pop-ins and scenery re-loading. Keep in mind, I am running a top spec PC (10700k, 3080, 64gb ram) and had no major issues prior to this patch.

However, visuals are not the only issue with the update as described below. I’d like to mention that I have over 1,350 hours played in MSFS as of this posting so I have extensive experience in this sim. 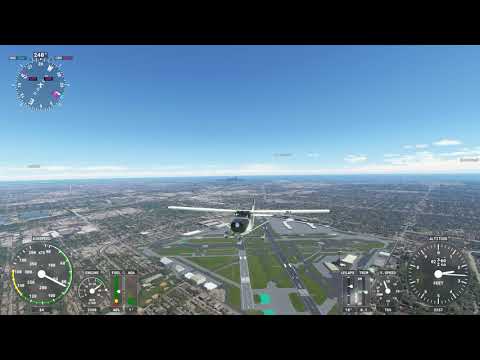 I really hope Asobo fixes the pop-in related visual issues and the other issues mentioned above that appeared as a result of Sim Update 5.

274 Likes
Frustrated with SU5
The Most Disappointing update
Positive SU5 experiences
Been pretty quiet so far but it needs to be said
So dissapointed :/
18th August 2021
New Features vs Bugs
SU5 push me out of MSFS
Completely unplayable and horrifying performance
Crash to desktop without error message
Mouse cursor attached to head in both eyes after changing view
What is this conspiracy
Solution for recent low resolution ground texture and building pop-in issues
Losing the will to persevere
New Features vs Bugs
Completely unplayable and horrifying performance
Longitude flight director
Asobo what do you make with the PC-Simmers?
Frustrated with SU5
MSFS 2020 update 5
I seriously need flightsim counselling
mblpenguin July 28, 2021, 7:58pm #2

It’s the culling. Spin your camera rapidly in a circle in third person mode to see what I mean. Your FPS will plummet. This because it’s constantly loading new assets that it wasn’t before the new culling system was implemented. After a bit, stop spinning the camera. Your FPS will rapidly stabilize. So if you like to fly straight and never turn your camera, you get an FPS bump. If you like to fly in third person mode and move your camera often, the performance got worse in that respect.

In my opinion, reducing what’s drawn when not in view is a pretty reasonable optimization. This is very common in the gaming industry. For eg: in gran Turismo if you look enough the part of the track behind you crumbles out of rendering so the game is constantly only rendering what you are looking at. This keeps quality high without stressing the CPU. Same thing happens in almost every open world game. I’d rather have a smooth FPS and deal with slight popup. A flight sim is rendering 100x what most games render so if they use this optimization some popup is reasonable. You see the same kinds of pop-in in gran theft auto, assassin’s Creed etc.

Xplane handles this but only rendering a small circle of autogen and adding haze all around to hide it. I prefer this method.

It would be nice to have high quality and zero pop-in but you only really notice this on small scale games like FPSs.

My issue with sim seems to be that for some systems there can be full sim freezes for 5 seconds plus. Now that is not a good experience.

It’s a great idea on paper, but the way it is implemented in Sim Update 5 is not great. When implemented corrected, the user shouldn’t see the pop-in. Given the fact that the sim ran just fine before allows me to believe that a better implementation is possible.

Well Asobo did what they had to do improve performance and the XBOX machines are not as powerful as a high end PC and keep in mind the guys with high end PCs are in the minority.
Just don’t pan around too fast.
And of course the sim ran fine before for you but how many people are running 3080s and 3090s probably a very few. 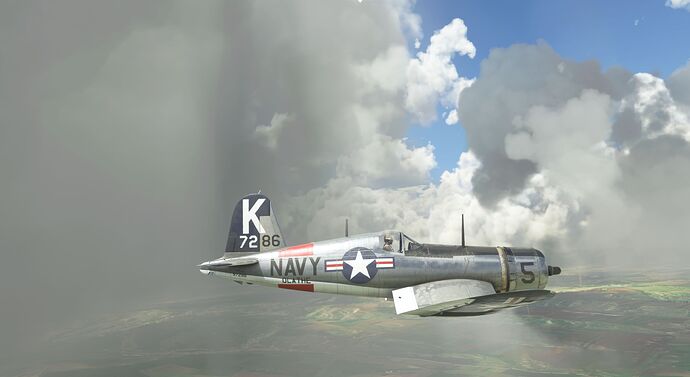 That’s clearly what happened… they even promised us multiple times that they wouldn’t do this, but they still did.

I appreciate what you’re saying but “panning around fast” was one of best things in the sim for me. I would fly GA low and slow, and pan around constantly. I understand not everyone flies this way, but I did. So for me, the performance is worse.

After less than a year, MSFS 2020 became a huge mess
I’m losing interest for it, I’m really dissapointed

The photoreal images from 27,000 feet are low res and look awful. This was a huge step backward.

This was 12 steps backwards…

They shouldn’t.
For Xbox, they should add different sliders for graphics settings, etc.
Simple.

I don’t know fellas, I just did a quick traffic pattern around my home airport (Third party payware) using track IR, panning constantly and switching views. I was at a pretty steady 50-60 fps. This is a huge improvement for me.
I understand that all our systems and ways of flying are different but guys, just relax, take a chill pill, and if you really think it’s that bad, go play a different sim. They’ve done some fantastic work here (in my opinion) for our community. Give it some time.

same here big improvmenets for me

Well I just completed updating Sim Update 5. Performance is solid but the game keeps crashing and there are graphical bugs. The help that pop ups when you hover over something is indeed annoying. There doesn’t seem to be a way to remove it even with legacy as you said. I knew this would happen when they have to cater to Xbox new simmers and legacy users on PC. So annoying especially when the performance is so good now but I can’t do a flight cause the game constantly crashes. Sometimes before the flight finishes loading. Oh well!!

Speak for yourself, I see happy people all around with a immensely better performance than before. It’s a flight simulator, not a “panning around fast” sim.

So basically we now have the worlds most expensive screensaver? e.g. it’s fine, so long as you don’t move

I’m getting the same thing here - nice FPS boost, but the stuttering is awful on view change and VR is a non-starter, as everything beyond the nose of the aircraft is a blurry mess.