Yes I spoke too soon. It’s not fixed. It appeared to be fixed but that was apparently because the weather over Toronto happened to be the right combination when I flew. Once I tried other places it was obvious it wasn’t fixed.

I managed to dl the “hotfix” and i had no update too before in the MS Store. Check the Xbox app, i was starting the game there and i saw a dowload notification there (xbox app) - it was broken with an Error number - so i canceled the DL. Now it said the game was uninstalled which was not true, it was just gone in the Xbox and Store app but still on my SSD. So i clicked “install” and all was fine. The “hotfix” was downloading when i started the programm. Maybe it helps someone. The Xbox app + ms Store handling is beyond mindblowing (combined with FS2020).

That has worked for me: just point your mouse on the start button directly in the store. Update started immediately a few hours ago. 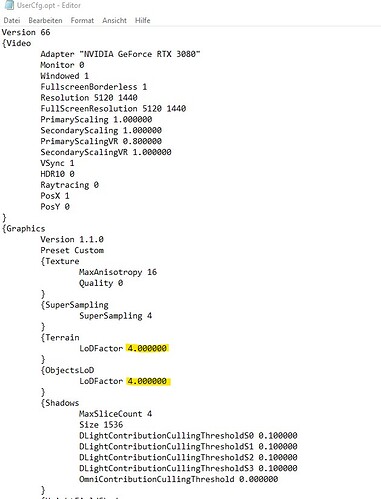 This changes in the user.cfg helped me to solve my bad LOD

Please ROLLBACK to update 4, Microsoft. This isn’t even an alpha quality release. Take it back and give us the release that works while you handle months of bug fixes.

I started a new flight from Osaka to Tokyo it all went smoothly I was in decent into Tokyo and the whole aircraft randomly powered down. All lights, avionics, engines displays off mid air. I enabled AI autopilot to land it eventually. This never happened to me before I have 475 hours of flight time in Microsoft flight simulator

Well, just like all the rest of you, one flight wouldnt be enough. This morning, I left ElPaso, Texas, and hopped along the south border to Marfa, Laughlin AFB, Laredo, Corpus Christi, the finally along the east coast to Galveston. Varied the altitude anywhere from 9500’ , to 2500’ along the coast and outer islands. Performance in 2D, and VR were better than they ever have been. The textures were clean, sharp, pretty much all the weather you can have along the way, and thank goodness I left Laredo before the storm came too much closer. I got spat on a bit, but dodged it. Though the western part of Texas is about as beautiful as the northend of a skunk heading south, the visuals were stunning through the mountains. Smooth, and stutter free the whole way. I played with performance settings from 23/2400 MAP/RPM to 21/2300 and of course WOT/2400 at 8500’ hitting 181 ground speed some of the way, but needed to run lean so I didn’t have to play with fuel. Even airport elevations are many times over better than they were, and are within 50’ in most places that I’ve been. Though at higher elevations, I haven’t tried yet. So in other words, doing a standard pattern at 1000’ was a whole lot easier.

The only issue that I was having, was I kept having to play with the fuel screen as I couldn’t change tanks, yeah, that kind of sucks having to bring up a menu, since I don’t believe I’ve ever done that in a real aircraft. Im still disappointed with the brightness of clouds, but I guess I’m getting used to the clouds, though I also miss the ground shadows alot! The lack of shadows really flattens the scene out, but at airports, because they are all white, it gets pretty bad. The LOD issue that seems to be a sore spot, is only occurring for me in Photogrammetry areas so its not miserable, though it could be better.

So far with all my addons I have installed up to now, I haven’t had any issues with them. Other than the known ones that I haven’t put back in yet until they are updated. 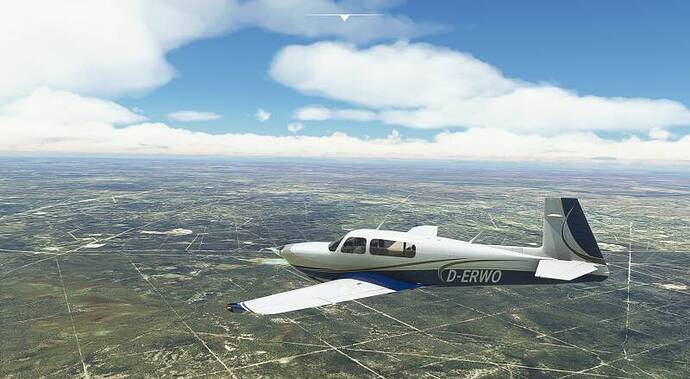 From my point of view the patch has fixed what was targeted but those still suffering will have to be patient as Zendesk probably has quite a list to work through. Even then it’s not their job to fix 3rd party addons that have still yet to catch up with the update so at least for now take heed that the sim’s core functions have to be a priority. Of course this doesn’t mean you shouldn’t try using the addons but be sure to mention them when sending a crash report.

Found another thing that dont work.

When starting at Dubai OMDB freeze on loading screen. Just have to end task in task manager.

What a mess this update has caused. You should be ashamed of this downgrade.

Going back to x plane now.

Your preaching to the choir my friend.

my sim is totaly rubbish since update 5. done the hotfix today and now it crashes when loading flight. i have spent fortunes on my rig and addons and they show up as not installed in content manager. i have spent hours watching videos and reading forums but its still useless
Intel(R) Core™ i9-10900K CPU @ 3.70GHz 3.70 GHz
nvidea rtx 3090 24gb
128gb ram
2x 2tb ssd
samsung 49" ultra widescreen monitor.
h100i cooling

My system is much less capable than yours and I have not had any significant problems (CTD, etc.), although I am still frustrated by some of the UI changes that were made in SU5. I am running mostly HIGH with a few ULTRA settings.

I’m sure things will get ironed out eventually, but it is annoying getting really attached and into the sim when its running smooth then WHAM!!! update happens and things get broken and performance gets degraded. It’s just part of the emotional roller coaster this sim comes with.
I expected this sim to still be under heavy trial and error development when I purchased it at launch.

yes. you finally get it tuned in and boom…update time…time to start over

Delete your USB profiles, default only?
You can test this by unplugging and start with keyboard/mouse only, switch to AI Pilot

I’m with you! Total garbage.! Also CTD when loading a flight plan. Second time CTD on the runway even before takeoff.!! all third parties are removed.! I also have great computer system and have done all the things you have. The scenery updating constantly sucks and is very distracting. I had an entire mountain range in Las Vegas vanish and reappear and vanish again. I love to fly and got this system to get my mind off of Covid but it is causing far more stress. Asobo and Microsoft…get your act together.!

If it were possible to go back to the MSFS version prior to July27th, I would gladly take the option. This update was a disaster. My computer sometimes completely shuts down while flying. I am using a new computer with an i9 processor, 3070 video card, and 64 GB ram, so it is not my equipment. The new animals in the FAUNA section can’t be located and much of the scenery at the Atlanta airport has disappeared including the Delta Air Lines General Office buildings and Flight Museum. MSFS 2020 has gone from a great program to a less than enjoyable experience. These are just a few of the complaints I found thus far.