I don’t even use rolling cache.

Here’s the DevUpdate with a fix for the xbox ctd

Before and after the hot fix for the trees. 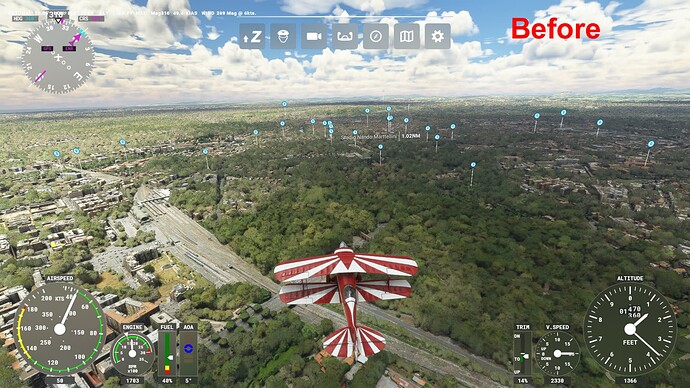 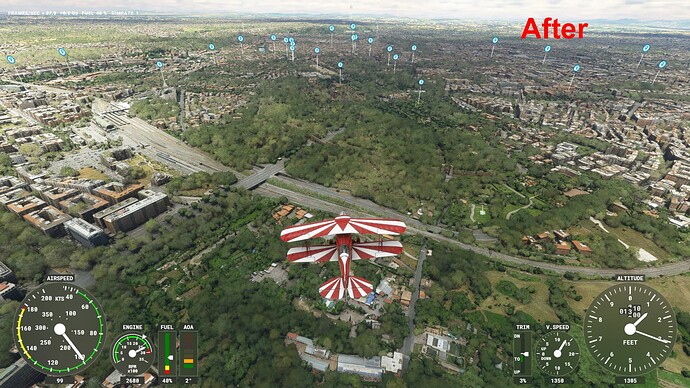 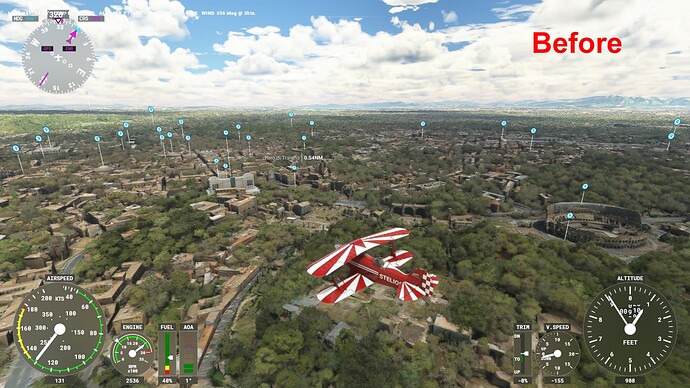 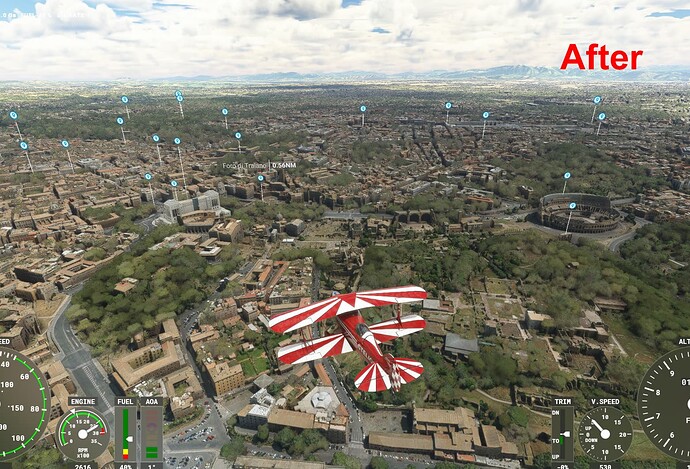 Same with Canberra in Australia. There are huge trees and bushes everywhere, you can barely see one of the main drags, Northborne Avenue, because of them.

Dont you see default jetways on your screen, and custom one on my screenshot ?

Since the tree hotfix, no trees are rendered anymore, i only see the satellite images…

Does this tree server side fix effect all worlds PGs or only Italy?
They should lower whole world PGs tree density/size…

Asobo you make me laugh. I should have known when you announced your “hotfix” for the tree problem you only see in Rome but the rest of us see around the globe.
Your answer, lop the tops of the trees off in Rome, but leave the tree base there covering, whatever they were designed to cover up, and we get to see, still a city over run by a forest, but now all the trees have round circles instead of a tree top.
I thought attaching Malta to a country that bombed the ■■■■ out of them in WW2 was odd, this is even odder.3

Anyone has this intermitent bug ? I got it before SU9 too and I tought it was linked to popcorn clouds. I think it was solved with SU9 and the popcorn but it seams like it came bak with the little update that came along WU9 : Liveweather is right about wind but not for clouds. Here is another example: I should fly within a thunder storm but almost nothing in the sim: 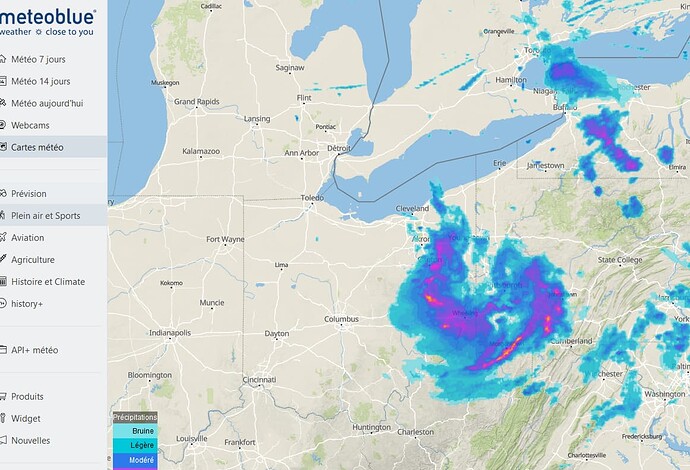 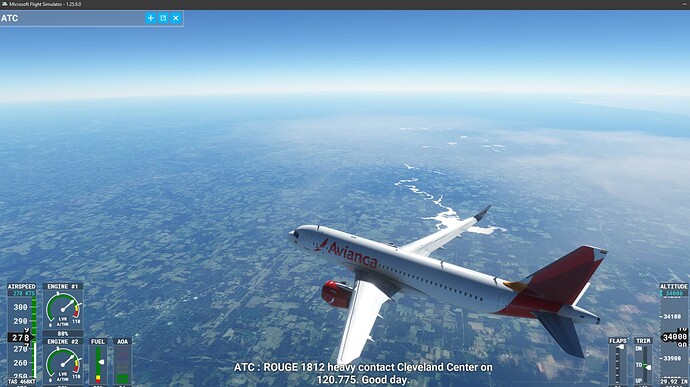 So disappointed in the SIM in general right now, it’s that bad that I’m back playing the division 2 and shooting people in the face instead of relaxing, soaring through/above the clouds. Able to do short 20min or so flights without CTD had a few blank Garmins so restarted. Gonna stay away apart from when I’m too stressed from all the killing

and see if I can do longer flights

I don’t see a difference in these screenshots. Is that what you want to tell us with them?

Well I tend to agree with you. You can notice a minor difference with the latest fix.

Sorry i don’t know. But you can check out something interesting relative to the POIS, like this one: Where to fly in Malta ?

See Buchtalk radio mentionned above and this map to see what POI is added by WU9 :Microsoft Flight Simulator Map - Google My Maps

you know, just looking outside here I am genuinely surprised how many trees are much taller than houses.
Never noticed that really. But there arent as many as the Sim would suggest.

With some delay, i’ve just added a trees fix for LIPZ airport area too if you need it.

The Americas desperately needs a WU - be it USA, Canada, Mexico, or South America. It’s time.

I feel you. I spent $2500 on a new PC specifically to play this game that I otherwise would not have spent (that is A LOT for me). I haven’t played the game in several months due to work, and then hearing all the SU9 scared me off - so that is still not fixed?

Don’t you know that Asobo doesnt have anything to do with this forum? There’s no connection between the two. This forum is run by volunteers, users like us. These people are the linking pin to Asobo.