Thanks, not quite what I’m looking for.

You do know that your computer is not the same as mine right? (ASUS ROG Strix i9 5.3GHz, RTX 3080oc build plus everything else that you can imagine in the case. Designed ‘specifically’ for game/simulator/3D Design) yet I can NOT fly without safe mode and BLAH to that.
I also have a big ‘hunch’ that it’s directly related to NVIDIA and/Logitech drivers plus/or simconnect.
Now, for me and thousands of others, it’s a PAID FOR waiting game…

My favorite is Perugia. If you know Junior Tennis Club go and look. Full of trees.

Same places in Malta you flew before this WU. No scenery enhancements were made for the island.

The system I use is also used for work, other games, and lots more besides and runs this game with no issue and that’s with sim-connect and Spad running. I install Nvidia drivers (no special versions, just the regular) and do not make any adjustments to Nvidia settings, which do almost nothing anyway. I also run Windows 11 and a Tobii, still no problems. This game has problems for sure, but if you straight up cannot get it run properly then you need to look inward.

Why does photogrammetry always look suboptimal? Must be my pc probably. Only one that was decent was Japan when that came out. NYC was fine as well. But London, and now Napoli, it’s not pretty. 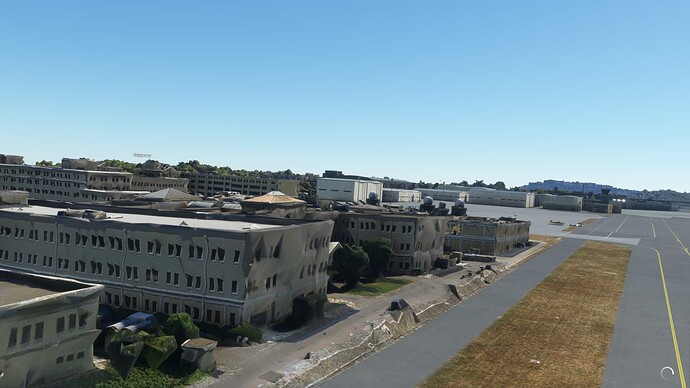 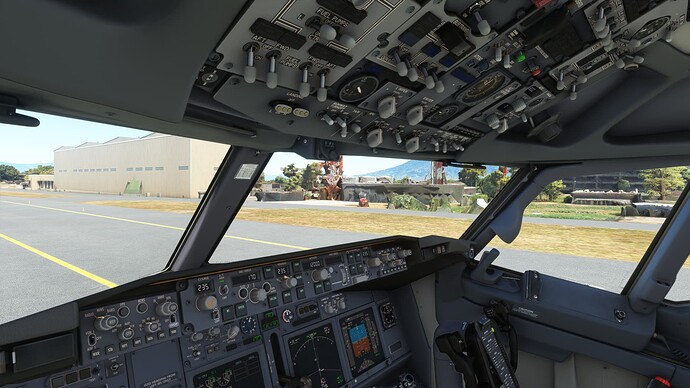 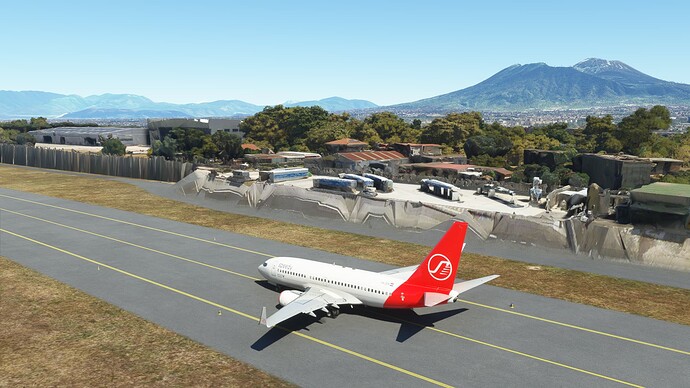 Looks like garbage on my end as well.
You’re not alone.

I think each world update should have a community nominated award to the best POI. With Italy my vote would go to whoever created Palazzo Borromeo. Give them a pay rise. Although somewhat ironically it actually doesn’t have enough trees. 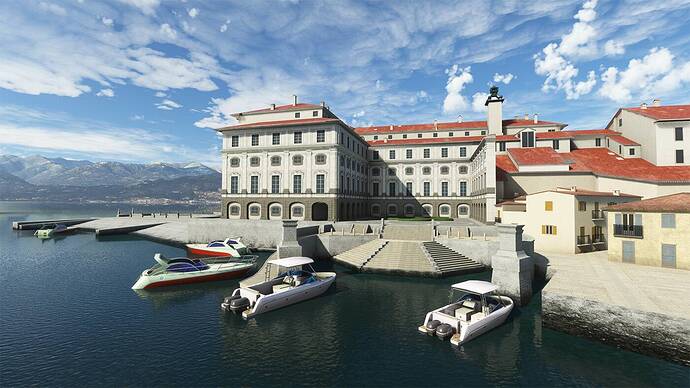 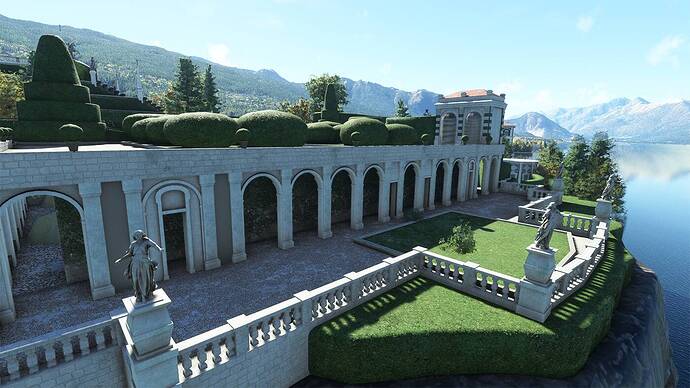 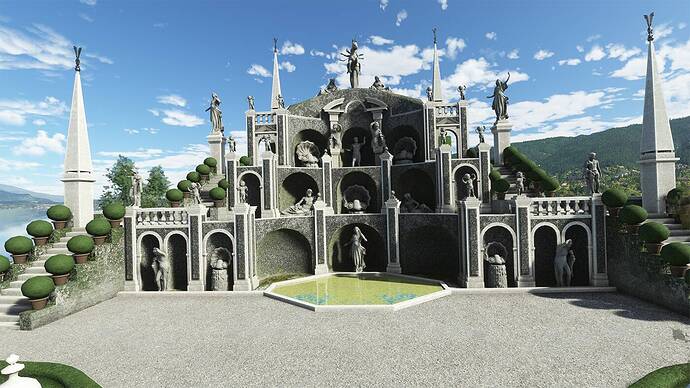 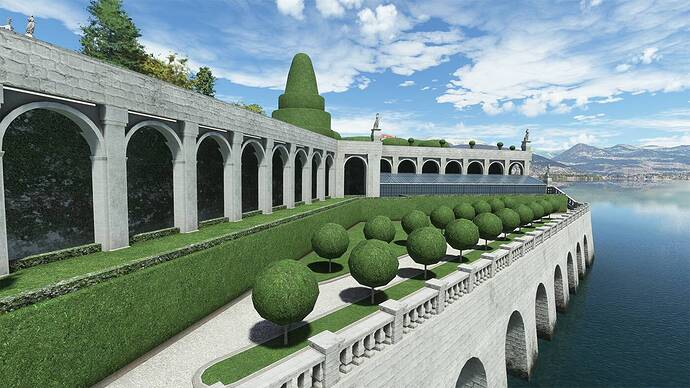 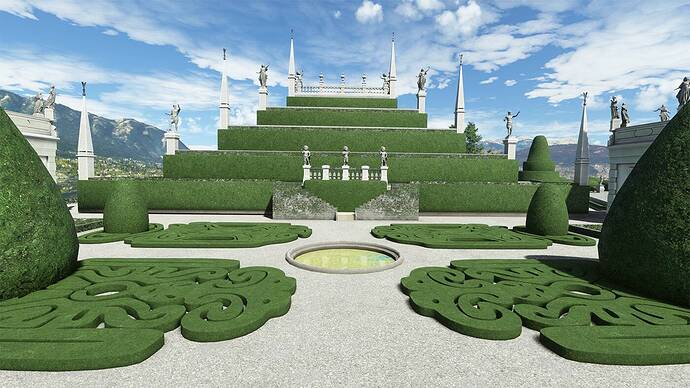 i get the exact same buildings issue at LIRN

Does look pretty awesome that. Will take a fly over there. Cheers for the Pics 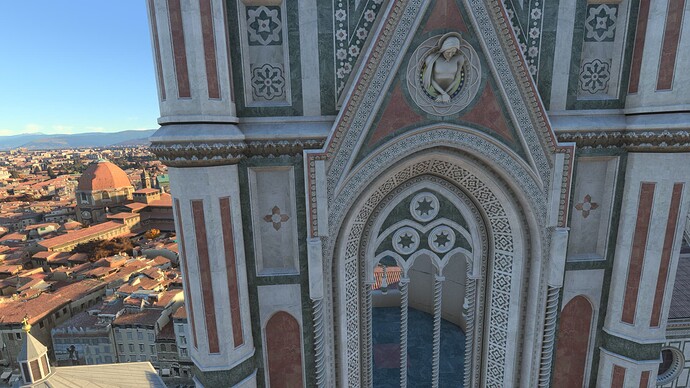 Drone shot on a brief hop in Florence (XBox series X) not the best picture, but the close up detail is superb

That said, I did see some melted-ness on a trip to a small island near Venice last night which was a shame. Who knows what the cause is or whether it would do it if I flew there again tonight.

They’re not expecting performance increase, but rather want to know if there’s degradation. World updates can cause performance issues. Hell, I still can’t fly in the UK with the UK update without it tanking my frame rates

Yep, the UK’s problematic for me too. London is among the worse offenders.

As for the Italy world update… Yes, there’s performance degradation for sure in most parts of the map.

Ah… I long for a day when MSFS20 will be stutter free and CTD free… With the possibility of 15-20 frames extra… Icing in th cake!

what exactly does this server based Asobo tree fix? I deinstalled the freeware italy tree fix, because it surpressed all my trees in italy within PG cities, and most trees outside PG (can somebody confirm that?)

but without the freeware fix, I have in most PG cities a dense jungle again, (Rome for example) or at least, alot of misplaced trees. e.g. in Milan, Venice etc.

Yes, the mod removes the trees.

Here are some screenshots before/after Asobo fix… They didn’t really fix anything to be honest, this isn’t obvious:

This, in a nutshell, is a big problem on this forum. The ‘I’m alright, so it MUST be YOUR fault the sim isn’t working’ attitude. Whatever happened to showing a bit of sympathy for a fellow human being, and maybe trying to be helpful?

Indeed. I bought a “stopgap” $2500 machine to enjoy the sim reasonably so for the next several years while it gets its act together and to allow for PC technology to be able to get smooth performance at maxed settings.

Would love to max everything out, including live weather and live traffic, at 4K, with smooth playable framerates in custom PG areas, but the technology doesn’t exist yet, and the sim isn’t ready yet.

So basically, it’s something on the system rather than the sim.

IMO, the comments “it works for me” aren’t useless. It adds a data point where it indicated that it should work or at least can work in some occasions. The more people say it’s working for them, the more chance it’s a local, system specific problem.