■■■■! I was so hyped when I saw this trick to fix it but It didn’t work for me unfortunately

When I run bcdedit /deletevalue useplatformclock I get the following message:

An error occurred while attempting to delete the specified data element.
Element not found.

This one runs though bcdedit /set disabledynamictick yes

Which folder, file and values did you change? I haven’t been able to disable the effects even after deleting the aircraft.cfg from the asobo_f18e folder

I get that message when I run:

will give a response that will include the following two values in the display:

with HPET off the following value will be inlcuded in the response:

It seems that you are seeing the correct response for HPET off. I would use the commands to turn both HPET values on and then both off so that you get the responses as above and see if that then makes any difference.

I am no expert just trying to help based upon what I have seen on my system.

As for the effects files that you need to edit to turn them off I did do this myself when I was trying to see if it was just one particular effect causing the problem. I cannot remember what file I was editing though.

Maybe you can do it from the aircraft.cfg file itself by putting dummy entries (fx_dummy) in the file instead of actual effects as described under ‘Effects’ on this page of the SDK doc:

I am sure somebody will be able to help if none of the above gives you any joy.

turning off HPET fixed it for me. Thanks a lot! @HethrMasn

Thanks for the tips Spook. Nah, no luck.

Disabling HPET doesn’t work for me. I tried a couple times, the reading of the bootloader is as yours but I still have the massive FPS loss.

And for some reason disabling the effects in the Asobo folder doesn’t work neither.
I tried to add the fx_dummy but the vapor effects are still kicking in killing my framerate: 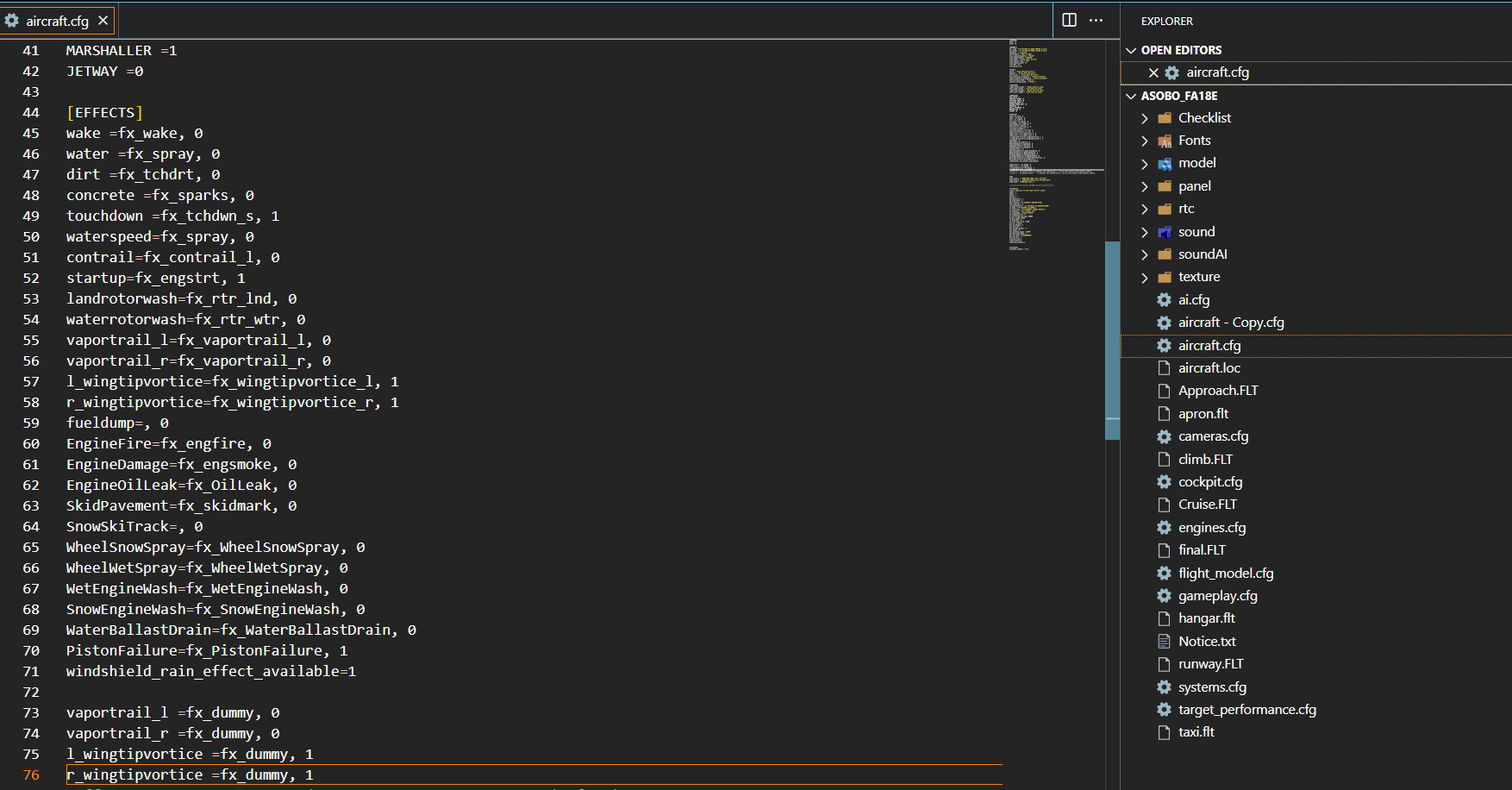 Replacing the effects in line 55-58 didn’t work neither

Finally I found where to disable the effects: 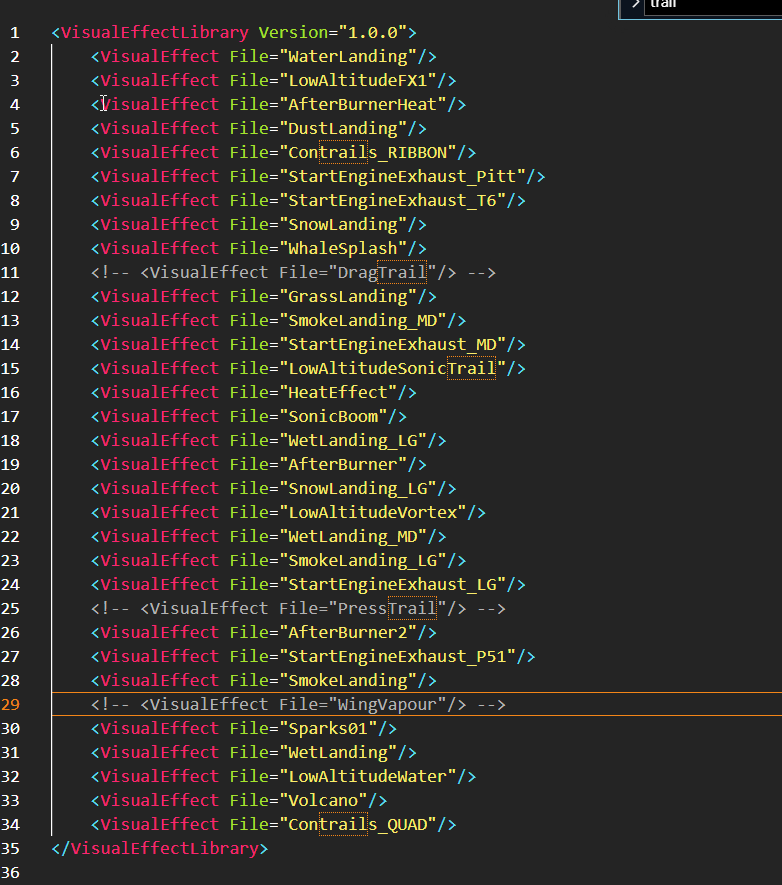 Please note the new tag indicating the Dev Team is reviewing: “feedback logged.” If they can repro, it will eventually change to “bug logged” and be considered for how to remediate and when.

Can someone show the rest of us where to find the VisualEffectLIbrary.xml for those of us who purchased the game through MS Store app. i am not seeing the fs-base-effects in the game folder. i’ve got fs-base-onboarding/propdefs/spb/ui/videos.

and is it just that one line 29 WingVapour?

for those of us bought it from the MS Store, here is the path for editing the VisualEffectLibrary.xml file.

make sure you backup the file first. and then delete the three entries highlighted in orange above by TenienDan.

the vapour is now gone and no longer stutters. finally i can enjoy the TopGun expansion.

So I was having this issue a few months ago on Windows 11 (Ryzen 5900x and 3080ti here) It was getting so frustrated I went back to windows 10 and everything was good.

is everyone having this issue on Windows 11?

No idea.
I upgraded my GPU and CPU and I’m getting the same issues. Only disabling the effects work.

I’m have an Intel CPU, though. Disabling the effects in the VisualEffects Library XML fixed the problem for me as well. It’s unfortunate to lose those cool effects but losing 20 fps ever time I pull back on the stick just wasn’t acceptable.

Anybody could test if the issue is still precent with today’s update?

Confirmed that it’s fixed for me!

Tried the HPET disabling and it seems this fixed this problem for me.