I’m sorry, for me the runway lights are simply horrible. If you look at them up close, they have the correct slits for the exit of the light from the metal canopy. But the light is simply modelled with a luminous ball resting on it (as it was 20 years ago). It doesn’t even seem to be positioned in the middle. And they are always lit during the day. Seen in perspective, with the runway following the ground, they completely ruin the immersion.
I really hope this will be fixed, for the moment I prefer to use only the smaller airports, which have no runway lights.

Agree. They have done a great job especially about visuals. And lighting during the day is very realistic, it gives a very real experience. However, I do not understand how they could not implement the same visuals for runway lights and night lights. Also, in my opinion, I find some of the airports very dark at night.

And…some taxiway lights are on the taxiway and the ramp area!!

At night when you run over them they give off sparks… try it!

Agreed. The glowing orbs do look a bit off, and they do not match the physical models, but they do function correctly - eg the red/green touchdown zone lights are properly uni-directional & the papi lights seem well done. Other lights in general are a bitt odd at night, not just on runways. I flew around Hong Kong near the old Kai-Tak the other night, and there were glowing orbs at skyscraper heights - I assume they were streetlamps.

My biggest beef is with those blue runway / taxyway (sic) edge markers on 2ft high pillars all over the place, including across taxyways. They modelled flush lighting for the runways, so why not use them on the taxyways?

I like to run over the blue taxiway lights like you can with Bots dots on the roadway. It satisfies the six-year-old boy still in my soul…

The big problem for me is that runway lights are too easy to see, especially at night. I can see airports 25 miles away without even trying.
Same thing goes for planes.

Yeah - they are pretty visible. I could see RAF Kinloss, and beyond it, RAF Lossiemouth quite clearly from Inverness at an altitude of around 3k. That’s 30+ miles. Perhaps that is possible. I have only been over that area in daylight so who knows?`

What’s up with that airport? It’s not very visible at night?

Just tried it - and no problem landing - apart from the ATC not giving me the option for anything other than 32. Noted that none of the runways were lit with anything more than edge lights, nor were any of the buildings or parking areas.

Back to the original problem. Another thing that confused me initially was the huge red lights in the distance - (back in the UK again). these turned out to be collision hazard lights on top of wind turbines. Nothing else seems to have these, not even obstacles around airfields. I thought it might be a “small airport” issue, but Gatwick, which is semi hand crafted and has large 45m ATC towers, has no red hazard lights or floodlights anywhere.

That aside, there seems to be an issue with distant lights not scaling down, and it may be illusory, but seemingly getting smaller as they come closer.

Exactly. Rwy 2/20 does not even have edge lighting, unless I happened by on a night where there was a power failure…

You’re correct about the red lights. I’d not experienced that until coming back from Albuquerque last night. 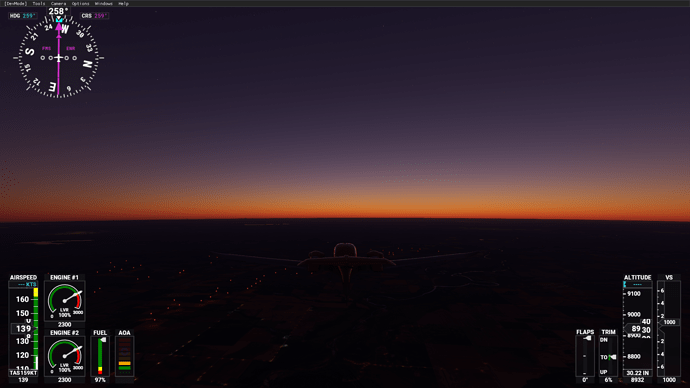 The lighting could be great if they would fix the red lights, scale them correctly and shrink the taxiway lights…those things are way too tall. If this pic. is Albuquerque it might be police cars and ambulances all over the place 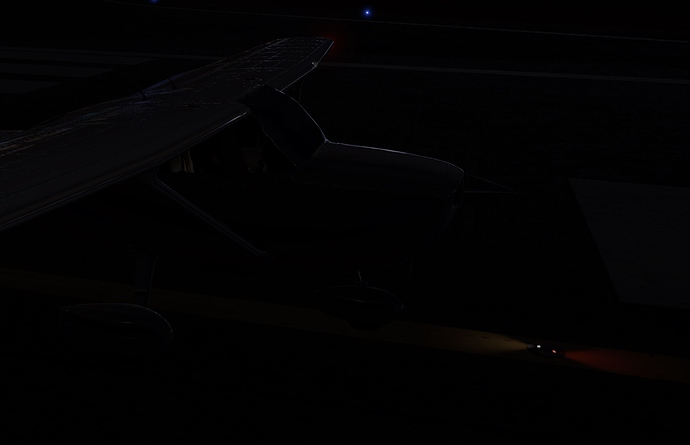 The runway lights would be a bit better if they could be reduced correctly. But a model made only of a luminous ball was an acceptable method only twenty years ago.
Today you could expect a solution like the one attached.The light projects two white and red rays in opposite directions and the intensity becomes very high only when seen in front of it.

I would also like to point out that the runway lights show that in FS almost all airports have very undulating runways. I have flown many years every week as a passenger, but I remember from memory to have been able to detect undulating runways only in very few airports, which are well known by pilots. I think it is wrong the way FS makes the runways with direct terrain following. In this way any inaccuracy of the terrain affects the runway, with a very unrealistic effect. FSX had the opposite error, because all runways were flat. But the optical effect was still better than FS. The solution is to create a model of the runway, possibly curved, but resting on the ground, not coincident. The same error can be found on the realization of the roads. The “bancking” is missing, so many roads that run along the slope of the mountains appear simply painted on the ground, while they should always have an horizontal cross section.

I agree on the undulations. Real runways tend to be engineered to be flat of course, but will contour over slopes as in the examples below. I remember RAF Ascension Island / Wideawake being a little worrying - note slope and volcano! (FHAW)

And this one looks a little ropey! It is Leeds Bradford Airport. (EGNM) Note that the MSFS representation is indeed undulating, rather than the discrete slopes on the real thing. 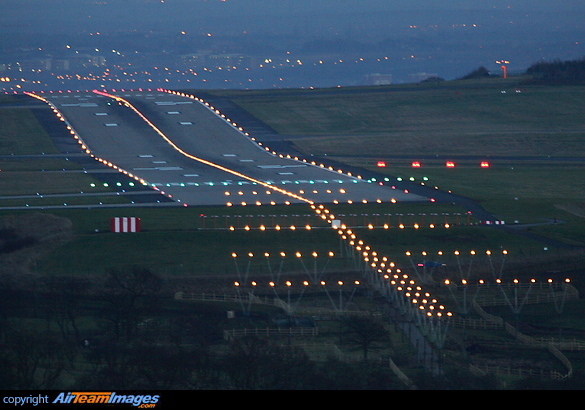 As for the lights. They are at least mono directional where they need to be, and the overall feel from the air is not too terrible. On the ground is a different matter - I’m certainly no fan of the sometimes random looking placement of the huge edge markers.

Notice the Approach lights on Leeds/Bradford. They follow the slope at this end, which is fairly flat - foreshortening makes it look extreme, but in fact the difference between the 2 runway ends are less than 30ft. MSFS makes all these level with the runway threshold, leading to some very high poles below the lights, (as on the opposite end of this runway). Whatever the reality, it is clear that these lights at least, are not at the same horizontal angle as the threshold.

I would like to have runway lighting similar to this picture…

I think they are more real than the actual ones…

What do you think ?