Fix photogrammetry bridges so that they are not "solid" underneath

Photogrammetry is great. However, there is a problem with bridges in photogrammetry areas where the bridges are not only solid, but they look solid underneath. They have the appearance of a wall across the water. I don’t know if this is fixable as presumably it relates to how photogrammetry works, but can we see if the visual look of photogrammetry bridges can be changed so that they at least appear as though they are not solid walls underneath?

Here is a couple of comparisons from the latest USA World Update: 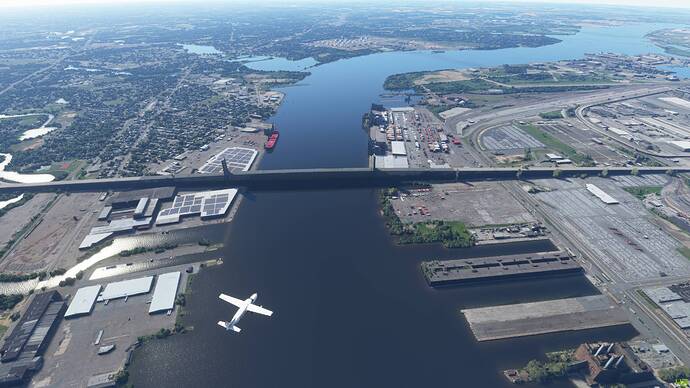 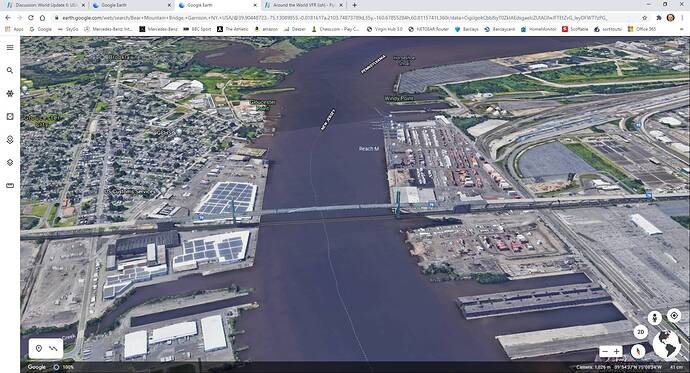 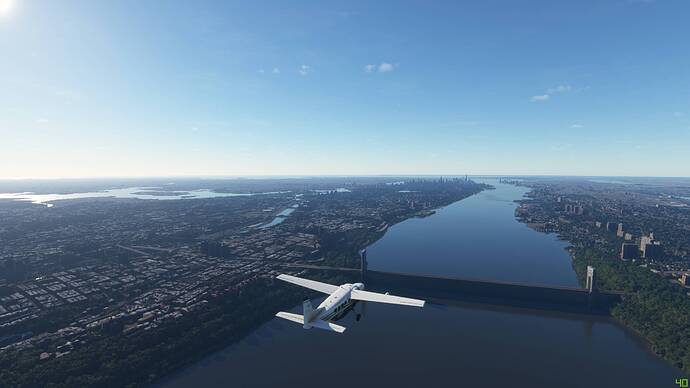 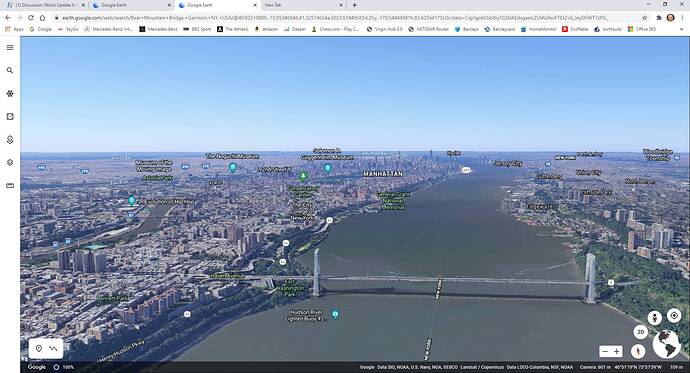 Those shots are interesting in that they show Google bridges with spaces beneath them. I had assumed that all bridges just had these walls and it was just how photogammetry works but clearly there is more to it than that. Have voted.

Yep, that’s what makes me think it’s fixable - albeit that’s Google and not Bing 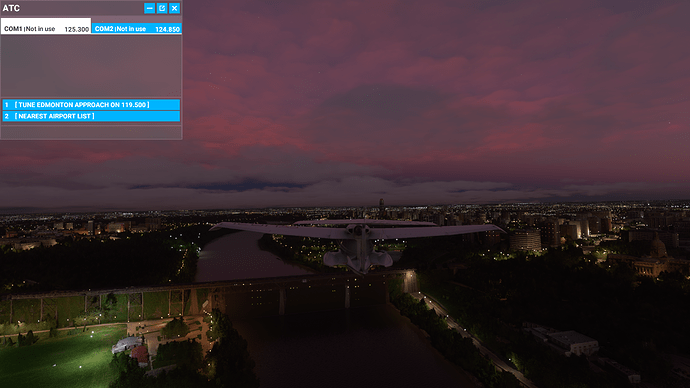 Every bridge in the city looks like this, I imagine it’s maybe due to photogrammetry quirks, even noticed it on a lot of prominent bridges in NYC. Just curious if this is a known bug and if there are any plans to address it. Would be nice to be able to fly under

Since the USA world update I have been getting a strange bridge artifact where there is a solid wall under every bridge, anyone else seeing this?

This is on the USA tour. 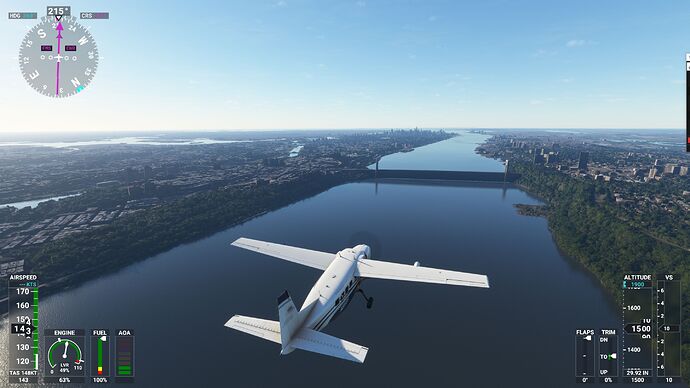 Yes I have the same problem with the bridges being solid. Noticed it in New York bay and other areas.
in v 1.11.6.0

At least now you can see that formerly hidden wall that always just killed me when trying to go under the bridge. joking aside, yeah getting that too.

The solid area under bridges is not a new thing with the last patch. I noticed this in the New York area when MSFS was first released. Didn’t fly there again, so that may have changed.

I don’t know if this is a change in this specific instance but what i know for sure is that this is not new at all. It’s been here since day one. It’s a product of bridges built using photogrametric data instead of hand crafted or autogen models.

Yeah I noticed the bridge issue the first day, my area is one of the only areas of the UK which has photometric data, that was lucky for me, but of course I was going to want to fly under a familiar landmark, the Itchen bridge, quickly discovered that is not possible! I did not realise it was related to photometric data though so that is interesting.

can you land you there

Can confirm this isn’t a new thing, and it’s all over the US.

AFAIK this was everywhere on photogrammetry cities prior to this version.

What you are describing has been present since the initial release. Are you noticing this on any bridges that were better before the patch. They supposedly fixed the Mackinaw Bridge with this release. Have you tried there?

This happens from the beginning in every bridge. I think must be because the photogrammetry doesn’t work very well with the shadows.
I’m sure this issue will be sorted soon.

I flew by some very high bridges over canyons and they were clear below and even could fly under them but the actual road went down the canyon walls, through the water and the vehicles took that path. Someone needs to write some logic into bridges that removes the road below and places it on the bridge surface. Not familiar with the SDK but is there a unique identifier for a bridge structure?

A portion of this video shows how to make vehicles drive on bridges. 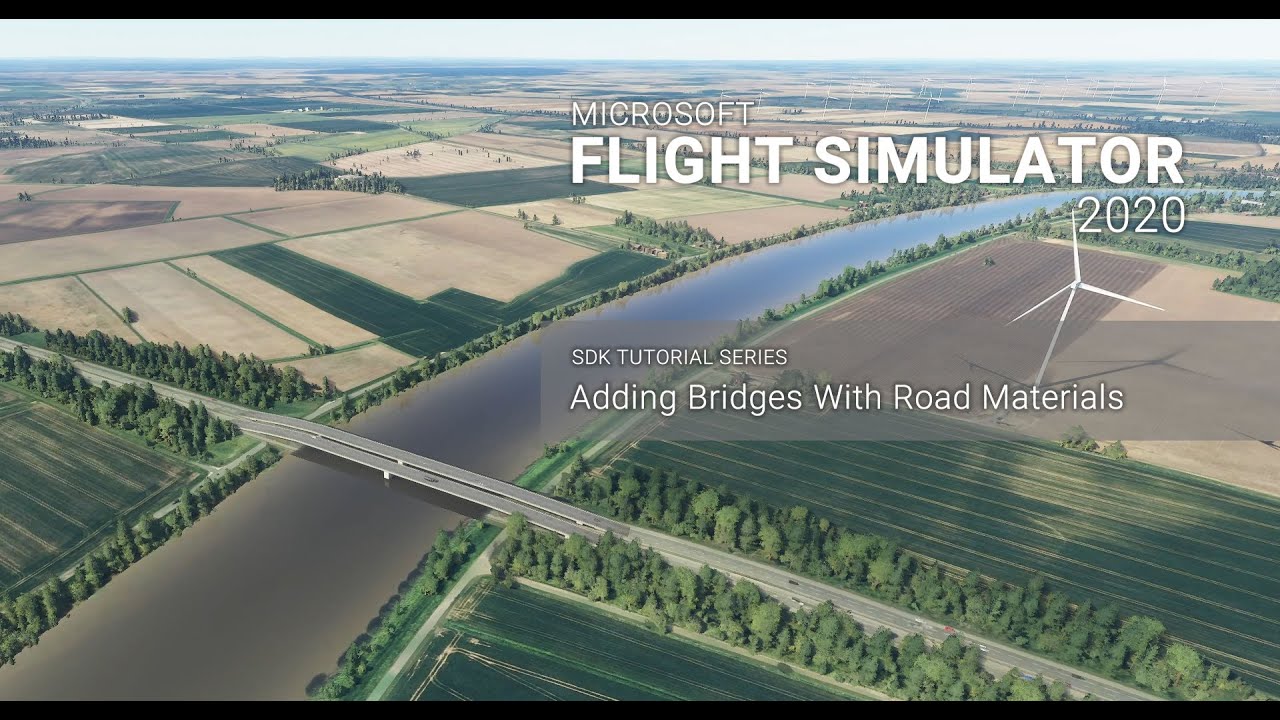 Oh very informational although that begs the question that, if an aftermarket developer like the author of that tutorial figured out how to make the cars go on the bridge, why didn’t the people from Asobo adding the bridges to Glen Canyon Dam and Hoover Dam do the same thing.

Ultimately, why isn’t the engine that finds real life roads (from Bing Maps) and displays them and their traffic smart enough to understand that bridges need to be put in place where canyons and rivers exist at the height or above where the roads should stop. That engine knows where bodies of water are and would also know that in a short span a road dropped suddenly down a canyon wall and then went back up. I’d think that it would be a very high percentage assumption that a bridge exists and to either build one or at least have the traffic go some distance above that gap.