i have the exact same problem
i believe it was SU6 or WU5 (cant remember) when nearly everyone had this light problem at night that you cant see close lights (it had sth to do with renderscale, work around was to set it to 100 on pc??)
i know they fixed this, but it seems like they only decreased the range of where you can not see the lights as its supposed to look like, thats why people still have this issues, but only in close range around your aircraft

pls Asobo fix this ASAP, because yet again this is an issue that prevents you from flying at night, so atm its impossible to fly at night time because i cant properly see the runway lol

Same here, I took my first night flight last night since SU6. I wondered what happened to the missing taxiway lights. I kept thinking that the flickering lights in the distance were strobes from other aircraft.

And the other issue this creates is that this time of year, I am flying IFR at night in lousy weather (technical term here). Shooting an approach close to minimums you depend on being able to see the approach and threshold lights in the pouring rain to get safely on the ground.

I’ve had this happening since the last update also. Just flew into TIST St. Thomas at night and the runway lights disappeared on final. If I wasn’t on the ILS there would be no way to find the runway. When about 1 mile final from the runway, maybe less, the lights came back. I get this at many other airports also, not every time, but pretty consistently. As others have said half the runway will dim out, or flicker, or disappear, taxiways included. This happens at varying distances from the airport but always on landing and sometimes when taxiing.

Here’s to hoping there’s an announcement in the Dev Update today that a hot fix will be live shortly…I’m starting to think this could be a bigger issue then we think and we have to wait till SU7 and they end up regressing the night light quality to post-SU5 levels to fix the problem.

Although sim update 6 was impressive, some render issues have popped up and these need to be looked into immediately.
For night as well as day time

You’re expecting a hotfix for such an issue? Seriously?

Look at the number of votes here–it’s not yet been made important enough for them.

Why am I so negative about this, you may want to ask? Well, look at my “Insider” tag. Too many disappointments so far, way too many. If you look at an even more obvious and well documented issue like the one with AA and shimmering, we got slapped left and right in the face by Seb in a Dev Q&A stating that “they weren’t able to reproduce this issue”…! Again, it was even more obvious than this one.

Hopefully the Air Race nonsense will have a great reception, though!

This stuff matters more than anything else.

Yep, the bitterness is intended–just in case somebody is wondering.

The taxi way lights seem to disappear as you get to them and move ahead of the AC to. It seems to be about 3-4 lights away that the Blue stops working.

I have the same, The half of the runway lights dissappear when Im on final about to land. And sometimes, after landing, when I taxi to the gate the taxi lights are floating.

Here is an example 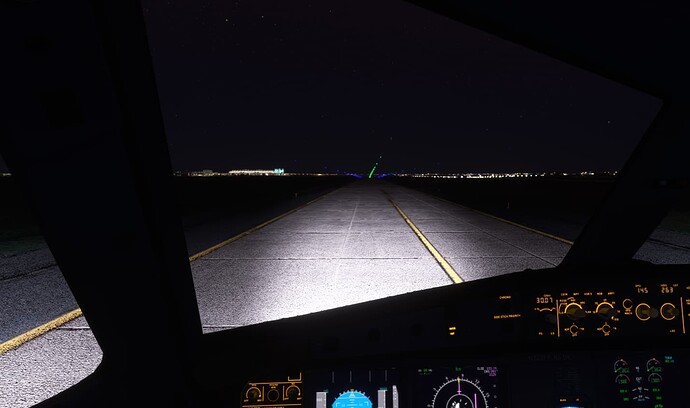 I find that if I fly in developer mode, it fixes these problems with the runway lighting.

I will give it a try. Thanks a lot for the advice

Hi, this is my first post to MSFS community, so my apologies if I miss something.
I also have same issue at RJTT(vanilla), with not only add-on aircrafts but with default A320 w/ all add-ons disabled.
I am using i5-11400 with 2060 super, I tried with four different settings, FHD w/ render scaling 100%,200 %, WQHD w/100% and 4k 65%. mostly high-end settings.
The timing when lights will gone/reappear may be different depend on the settings, but all four condition did have same issue at my environment.

I will try using Dev mode later today but I have just recorded the video so hoping this will also help analyzing the issue. 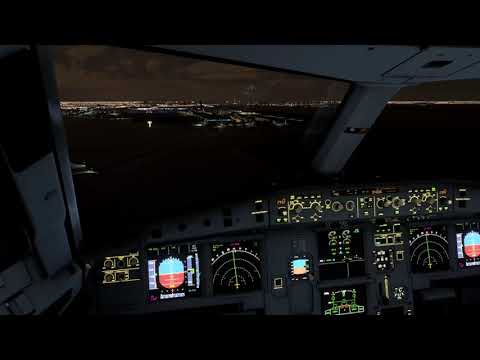 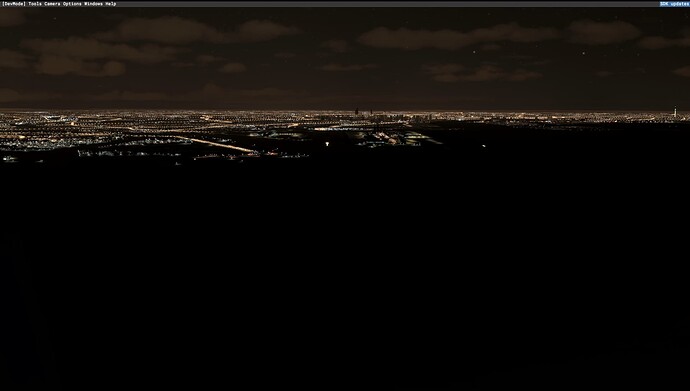 update / correction - I find dev mode helps at some airports and not others ??

I just landed at ESST airport and the runway lighting was still broken there. Sorry to raise false hopes.

It needs fixing but I’d hardly call it unplayable. Plenty of runways around the world aren’t lit, and you still have ILS.

since i experienced this issue i have it on every night flight no matter where i fly, i dont see the runway because its literally dark, so yes, atleast for me its unplayable at night time, and seems like im not the only one