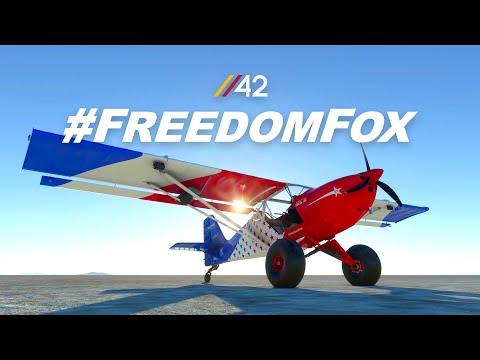 P.S.: no affiliation at all from me with this. I just happened to stumble across the video in another forum this morning (avsim). Thought it might be of interest here as well.

This is finally going to make me delete that BT Studio one from my hard drive. Not that I ever fly it.

I am propably just getting old, sigh.

I’ll be 56 in 16 days, so I probably have you beat. But while I usually like Techno/House/whatever, this one is just 2:19 of the same thing. It’s called “Phonky Town” by Playaphonk.

Can’t wait to see how she ArkanSTOLs.

looking great , the song in the background was awful tho

The waiting is killing me !!!

This looks absolutely stunning. Hope the rest of the aircraft can match up to the exterior model because if it does, this looks like it can easily become a must have for FS2020.

Hey, I missed this, @GotGravel is working in the project, awesome !!!

someone know when these plane arrived ?

Any news on this one? I thought it was almost ready last we saw the teaser. Or was it just the 3d model? On Facebook they stated on the 5th of July that it was in testing.

Yes it looks like this project is totally on backburner.

Very far from that.
We are actively working on it.

Our goal is to make a great aircraft and we won’t release it until it reaches that point.

It might be helpful if one of the 3rd party developers (don’t care who) could post a side by side work list of all that went into making a fully functioning release version of an aircraft made for FSX/P3D - and the same for MSFS. It should be two similar type aircraft but not one taken from FSX and updated - but rather two that were created ‘from the ground up’ for each sim.
It might help some folks understand the absolute f’ton of difference in workload between the two

I have never said it does not require a massive amount of work, but last we heard from this project was on the 5th of July that 3d model was ready and they were testing the flight model. So it has been 4 months in testing. That is also why is said backburner, not cancelled or anything, just not number one priority.

We are still working on final touches to the 3d model and fine-tuning the flight model.

There are a few things we weren’t satisfied with that required a bit more time to polish as well as a few bugs in the sim that blocked the progression until SU6.

We are progressing well right now and are as excited to publish it as you are excited to fly it!