changing the aero_center_lift parameter also changed the cg for me

Okay, this is not my experience. But the topic is complicated and I don’t know everything yet (this makes FS2020 interesting for me).

Regarding airliners, nothing has changed since last update. Still wrong CP versus CG position, even with the CG on the forward limit, up force on the horizontal stabilizer, CP moving backwards with increase in AOA. 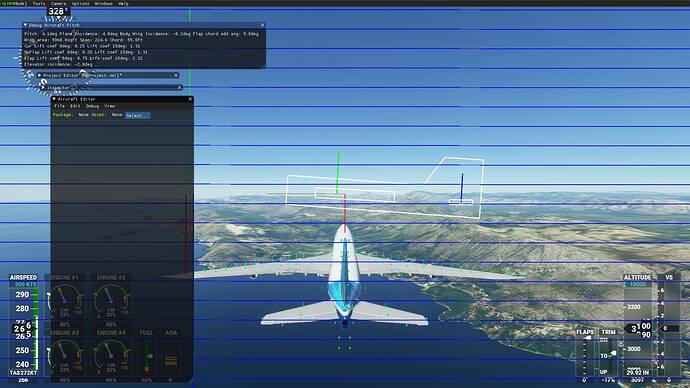 Or otherwise, the ‘ideal configuration’ as taught to pilots: 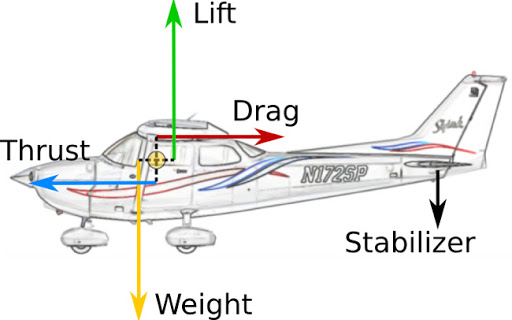 And with regard to correct Centre of Pressure (CP) movement with change in Angle of Attack: 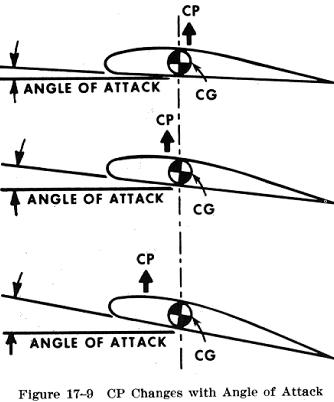 On the Dev Q&A sessions, Jorg has said that they (Jorg, Seb, Martial) spend a lot of time reading the Forums. They don’t post or reply, but I would imagine they seek out this kind of detailed, highly technical thread.

I wish they did. A simple “Nice work. Very interesting.” would go a long way in reassuring everyone that they do know about this, they are keeping an eye on it, and are giving it some thought. Sure, they’re probably doing that anyway, but it would be nice to know.

I had the same installation issues since October 2020. I haven’t bothered with MSFS since. I said I’ll wait for 6 months but now it seems I’ll have to wait another 6 months to try again. I hope Jorg and the team are reading this. This $%# serious.

Has there been any response to this from Microsoft?

I’ve just uploaded a new review to YouTube outlining some of the major issues with MSFS in particular Elevator Trim and lack of control on landing amongst other stuff.

Search for “Microsoft Flight Simulator - Beauty Is Only Skin Deep” if you want to check it out.

We need to get this sorted asap - this whole sim is just turning into some kiddies earth generator.

Great video and I agree with your comments. Unfortunately, it seems that most are impressed by the beautiful graphics and flight modeling improvements are not being assigned a high priority. As a real world pilot also, I would rather see an accurate flight model before more enhancements (not including bug fixes) to graphics are added. I noticed some terrible crosswind landing effects recently and I haven’t played much since. I’m hoping things improve going forward.

Thanks for your comments glad you liked the video!

I’ve been discussing this software with some flying colleagues and my original Flying Instructor (now flying for the military).

The general consensus is (as you suggest) that it looks great but it is not an accurate simulation of flight - especially in weather. Obviously “armchair simmers” won’t notice this as they are not real-world Pilots.

I have discovered ONE gem and that is the excellent modification of the default Bonanza G36 by Rob Young (of Real Air Simulations fame).

His Turbo mod of the default aircraft is fantastic and flies like it should within the SDK restrictions that Microsoft have imposed on developers.

The crosswind landing errors in the simulator are due to their incorrect coding of runway friction. This means that the sim doesn’t notice when your wheels touch and tries to blow you (successfully!) across the side of the runway as though you are still airborne. Happens with all aircraft, modified or not. Totally unrealistic. They should be fixing these basic errors in their programming before releasing more FPS eating scenery.

Vid of my flight test of the Rob Young Turbo Bonanza here if you fancy checking it out: 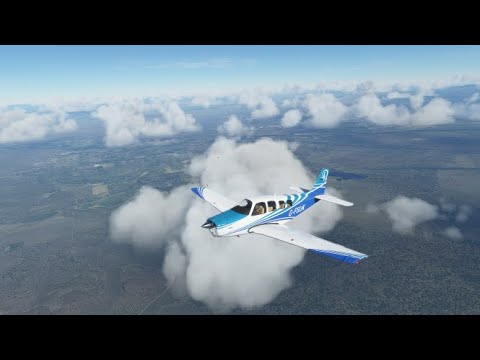 I have discovered ONE gem and that is the excellent modification of the default Bonanza G36 by Rob Young (of Real Air Simulations fame).

I miss the Turbine Duke… What a pocket rocket.

To be honest I was a bit disappointed about the video. I was hoping for a demonstration but essentially it was in-flight footage of a nice trip unrelated to the topic you talked about in the meantime. This could have been a podcast or article, too.

Sorry that you didn’t find it relevant in some way.

The YouTube review is of a mod by a developer to improve the poor flight dynamics of the Beechcraft Bonanza G36. How is this not related to the thread topic?

Stalls spins and aerobatics will be covered in the next (shorter) video if that’s what you mean?

Why is this video labeled stalls & spins?
I didn’t see any spin and no, your clean stall wouldn’t have turned into a spin later on.

This is completely off topic though, did you actually read the contents of this thread or just the title? this thread is about wrong flight dynamics on swept wing aircraft, causing the CP to be far in front of the CG. The Beechcraft (and all other straight / tapered wing GA aircraft) are not affected by this bug.

I have topics specifically for broken stall dynamics and other flight model related problems, see this topic for example:

For me its difficult to point out exactly what the problem is with the flight model, maybe someone with in depth knowledge can see what is going wrong from the (long) video below. All of these issues came to light when trying to figure out why all MSFS aircraft are so sensitive and “twitchy” on the flight controls during crosswind landings. A couple of bugs: First off all to get a proper crosswind at ground level you need to set an insane windspeed at altitude, as MSFS takes the “ground wind” …

You have an aggressive and unpleasant attitude.

To satisfy your pedantry I have changed the title of the video to:

Agreed, because that’s not what a Bonanza would do in a wing level power off stall, but that’s an issue with the underlying code and not so much Mr. Young’s talents.

Elevator deflection is reduced as a factor of load factor in MSFS to “simulate” g-force and increased stick force. You can only see this in the developer mode as the in-game yoke will mimic your joystick position and is not a direct indication of control surface deflection in the sim.

They have overdone this effect to the point that it becomes impossible to pull an aircraft into an accelerated stall, spin or even maintain altitude in a steep turn as elevator deflection is insufficient at higher speed and / or load factor.

Trust me, we know what an incipient spin entails, no need to Google it.

You have an aggressive and unpleasant attitude.

To satisfy your pedantry

That’s your impression because I dared to point out that your video and the thread title are showing an unpleasant lack of knowledge.

You are a real pilot since more than 15 years and you don’t know what a spin and/or an incipient spin is. No wonder you are considering my post pedantic. I’d call it essential and basic knowledge.

Wrong again. And you are asking me if I am an armchair pilot…

edit: If pilot training would still include (IMO essential) spin training, I’m pretty sure that such dangerous mistakes wouldn’t occur