I think we need a bit of humor to counter the seriousness and complaints some people add to this place so I’ll get it started. I’ve been trying to learn all there is to know about flying the A320 because it’s just such a cool aircraft, one I’ll be a passenger on a lot, and who knows, someday there could be an emergency with the pilots and I could get one of them to auto land and be a hero. Fat chance but a nice fantasy.

Anyway, my flight today was between Gatwick and Alicante, a flight I’m actually going to be on the first part of July if Covid mess doesn’t prevent it and I did a bang up job of creating the flight plan, starting cold and dark, having the pushback, taking off smoothly and heading South through a good size weather front. ATC set me up leaving at FL240 although the flight plan was designed for a cruise at FL360. Well out over the English Channel I was in the middle of thick clouds and sent a request to ATC for an additional 10,000 feet to the cruise thinking I might be able to get above the clouds. They OK’d it but said expect FL470. I think they were about to give me FL370 and my request hit at the same time and 10k got added to it. In a few minutes I got the message to go to FL470. Now that seems high but I thought what the heck. Let’s try it so I put it in for altitude and watched as it continued to ascend but then stalled out around FL380 and the speed began to drop like crazy. All this time ATC was nagging me that I needed to speed up my ascent. I’m cussing at the auto pilot for being stupid.

During that time I thought I was headed higher and before it just refused to go I was panning around the controls with my mouse which will turned out to be my undoing.

Once I figured out I wasn’t going higher, I asked ATC for a 10k reduction and they agreed. The plane dropped like a rock and it was only then that I noticed that my speed brakes were deployed fully. Apparently in my panning around I somehow grabbed hold of that spoiler knob and pulled it all the way. No wonder the plane wouldn’t go above FL380 and was slowing down although I’m not sure the 320 Neo would go to FL470 with everything right.

I had one more funny moment in the flight when I was closing in on the final waypoints before the ILS approach, was coming down to 10000 ft when ATC called and said to go to FL360. I just stared at the message for a moment and then decided to ignore it. No way I could get back up to FL360 and back down in the distance I had left. Soon, two new instructions came on for 7000 and 4300 which made far more sense. Everything went perfectly after that even to the point of a complete auto landing.

I have a feeling flying an actual A320 is probably less nerve racking than dealing with pretend and irrational ATC instructions, trying to pan about the cabin, making your mouse do what you want, etc.

I have a feeling flying an actual A320 is probably less nerve racking than dealing with pretend and irrational ATC instructions, trying to pan about the cabin, making your mouse do what you want, etc.

The YouTuber: “320 Sim Pilot” made that comment yesterday, that it is harder flying the sim with one person versus having two pilots at the controls. It’s very easy to get overloaded quickly. I have told ATC where to go a few times too in regards to altitudes. ATC: Are you mentally deranged?

I forgot to close the doors on the 320nx.

Found out the hard way…

Ignoring ATC can be dangerous too though. I did on my landing in Santiago, Chile. Touched down fine, and then this happened… 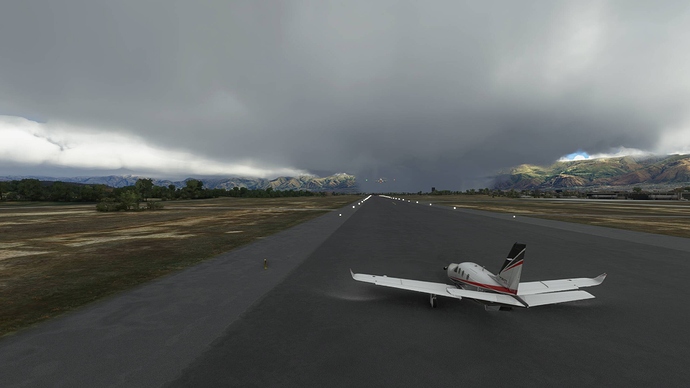 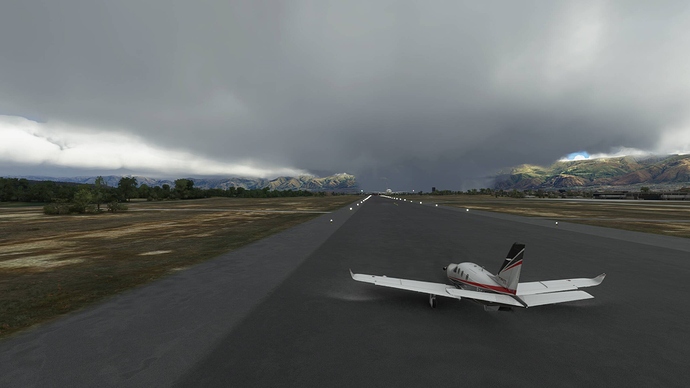 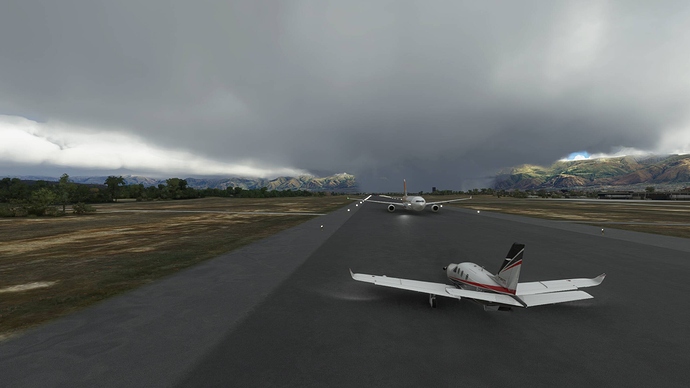 Maybe you can help me understand what happended here after 38:20: 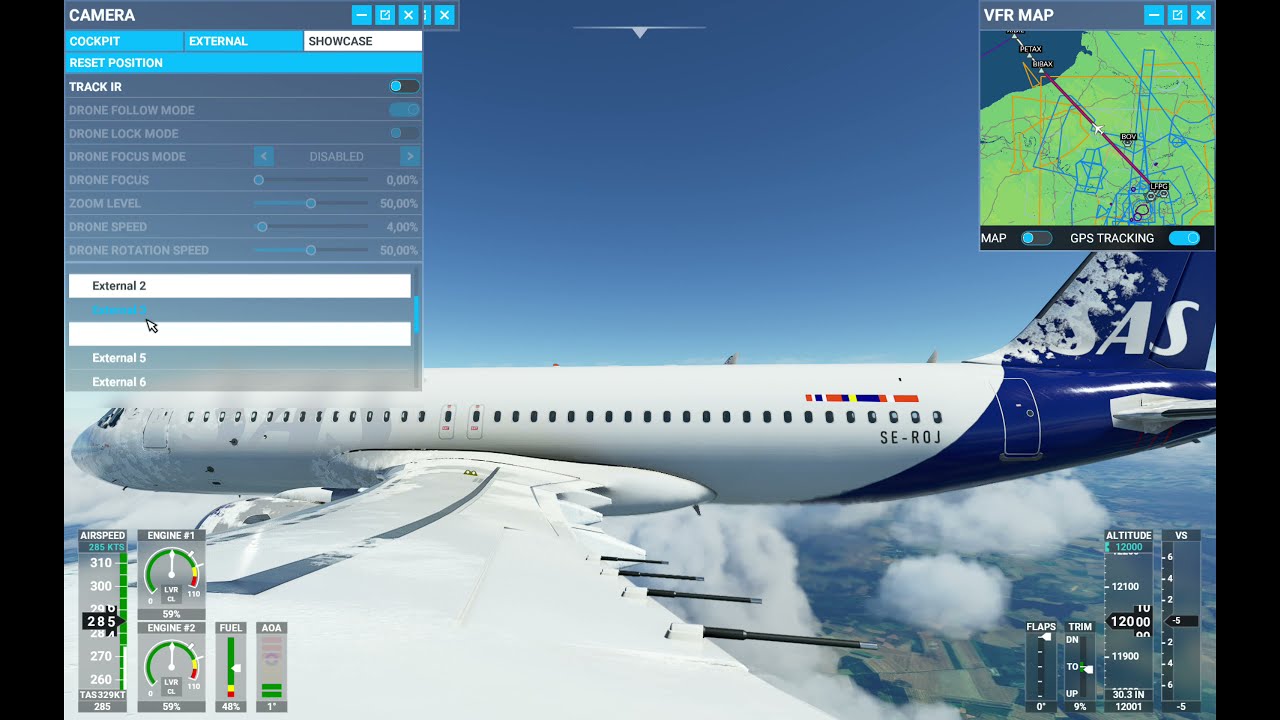 I have no idea why the aircaft wanted to slow down …

A32NX Mod or without?

Without, the only addons used would be the liveries

When you pressed the LS button your woes started.

Did you remember to press the ALT 2000 button a second time after you assigned the altitude? I bet I am mistaken but doesn’t that in-act your 2000 altitude request? There is no dot next to the 02000? I just started flying the 320 so the experienced peeps will be able to spot your issue quickly.

Nice clear-cut though. I’m a lumber-Jack and I’m okay!

This will be a good topic of discussion to learn from, for me.

The setup is correct, but your A320 is starting to pick up ice after ~35min.
Until that point the speed is sufficient.
You need to considerable increase your speed in case if you haven’t turned on the anti ice systems due to the decreased aerodynamic performance and the added weight.

As for the LS button, that should not change anything for altitude or course. That only happens when using LOC or APPR. Or am I wrong?

Pushing the LS button only displays the ILS, nothing else.

And again, the only problem you had was icing. You made matters worse when you retracted the flaps.

35:10 220kts conf 0, AoA is ok. Note how ice is starting to form on the vertical stabilizer
35:30 The A320 nicely descends in open descend mode at green dot speed.
35:50 The AP is in altitude capture, but the A320 is already at its maximum AoA (note the slight pitch oscillations and the red AoA indication)
Icing still increases, the maximum AoA reduces and the A320 starts to increase the speed to maintain the max AoA.
36:35 selecting conf 1 increases lift, AoA reduces and everything seems to go back to normal.
Due to the ice the speed is still a lot higher than usual and close to the flap limit
37:00 for some reason you are extending the flaps to conf 2 and hence enter the overspeed range.
The initial reaction to retract the flaps to conf 1 is correct, but the crucial error is that you immediately afterwards are going back to config 0, which is way too slow for the icing conditions and the A320 correctly increases the speed.
37:30 at altitude capture the A320 tries to get back to green dot speed.
37:50 at green dot speed the A320 is again at the max AoA and starts descending.
38:00 things are becoming interesting because the A320 is still in altitude capture and hence tries to reduce the speed to green dot. Due to the icing problem the max AoA doesn’t allow a speed reduction to green dot and the AT reduces thrust to idle in an desperate attempt to get the speed down.
38:10. Perfect idea to correct the situation by going to selected speed and increase it to 247kts.
Unfortunately you immediately switched back to managed speed.
38:30 In the turn, lift decreases further and the ROD increases.
38:50 You are correctly switching to selected speed again and leave it there, by then it’s too late.

Most import is the correct sequence: aviate, navigate, communicate.

As soon as the A320 stops doing what you want it to do, forget about coms and nav.
Get the aircraft under control is paramount. 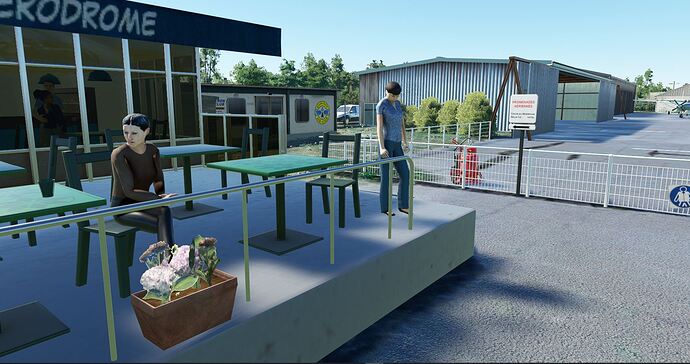 Two days ago ATC insisted that I descend to 5,000 ft. and kept reminding me with their “expedite” nagging.
The airport I just left was above 5k and it was in a valley. I was in the surrounding mountains.

During a vfr flight in the Bonanza I got distracted by a smudge on my monitor. I grabbed a microfibre cloth a wiped the screen. After a few wipes the smudge persisted.
I was like, no way my new monitor is damaged!! I panicked a bit, till the moment I panned my cockpit camera​:persevere:

. The smudge moved along!!

■■■■ Asobo, those graphics are sooo real.

Touched down fine, and then this happened…

Was that another player? I’ve caused Live traffic to go around by doing things like that.

It was real time traffic (not AI traffic). I don’t play multiplayer, but they landed anyway!

The smudge moved along!!

■■■■ Asobo, those graphics are sooo real.

They absolutely nailed it when it comes to graphics, not only in the outside world, but also in the cockpit. The clarity of the windows is spot-on like IRL - transparent, unless the sun is coming from a funny angle, or when there is a reflection that reveals all fingerprints

You are absolutely right! Same goes for the cockpit sounds in the savage cub for example.
I enjoyed every leg of the Nevada bushtrip hearing the vibrating sound of the perspex windshields.

Was that part of the in flight entertainment