I did paint a Yugoslavian Mig: 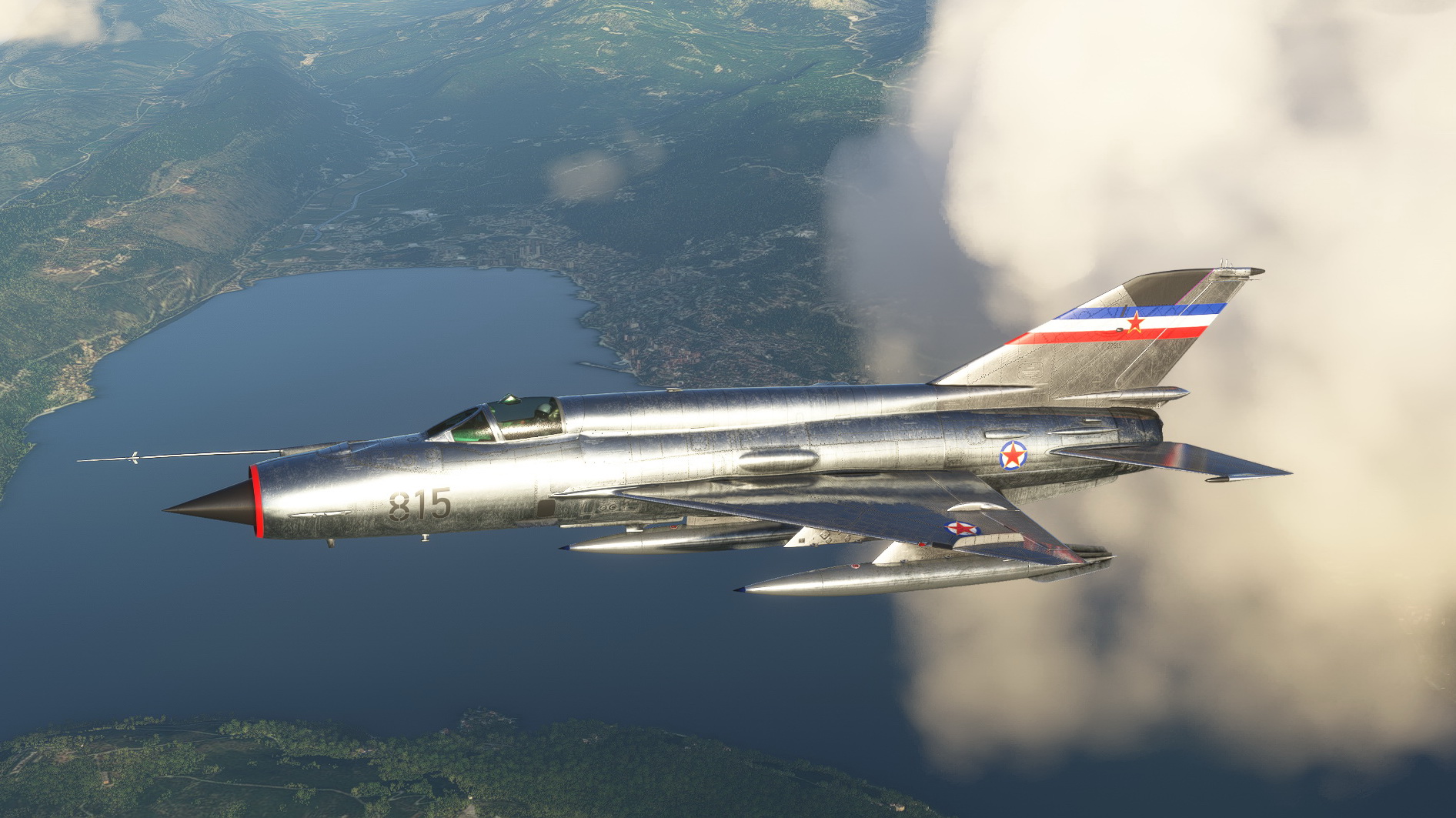 is this project still alive ?

what’s the current state of this aircraft ? As it is on sale at orbX and Simmarket I was contemplating buying it.

I just purchased the model and let the copilot fly some turns around Berlin. I like it, Thanks for the great model.
However, I have some observations for the east-german airforce livery. In my opinion, the eastgerman paint scheme is not correct. It was never such green-green, but more brownish and green (at least in the eighties).
The markings outside the cockpit where bright orange (explanation in russian and german, how to open the cockpit from outside)
And in the eighties I am not aware of any bare metal paint scheme on any Mig-21.
The 3-D model is missing the antennas for the LASUR command device (harpoon shaped antennas at the front and backside of the plane. There was only one eastgerman airforce division with the Mig21bis version (in Neuhardenberg/Marxwalde), all other used Mig21MF, if I remember well. And their distinguishing sign was the LASUR antenna.
And the wings show no signs of special colored antenna areas (it was a plain dark green).
And I am not satisfied with the sore state of the paint scheme. In the eastgerman airforce (the “red prussians”) never ever a plane would have been operated in these worn paintings! In painted aircraft, here would be no sign of bare metal due missing paint! The actual worn paint scheme (apart from wrong colors) looks more like rusting planes in the open-air museums at the former airfields today.

A suggestion: @Al13X7895 , You might add a “Q-badge” (Quality badge for good technical state) on the left side of the front body. This might add to a true 80ties athmosphere.
Museum at the original former airfield east of Berlin: Flugplatzmuseum Neuhardenberg

Nevertheless, a great plane model. And to say it loud and clear: I love the cockpit! Locks like the original.
Thanks again for this model!

About the Lazur system, there were 2 different versions of the MiG-21bis, one with the SAU-autopilot system and one with the Lazur-Datalink. If i remember correctly, the east german forces had both versions, so the antennas could be missing because of that. For liveries I have to look what I can find, I think it depends on the timeframe, but I also have no idea how the MiG-21 ingame looks like since i dont own it, although from screenshots the plane has some weird quirks like the armament.

Edit: JG-8 had both while JG-9 only had MiG-21 with the SAU autopilot. It also seems to me that they had just different liveries, one from JG-9 being brown/green and one from JG-8 being darkgreen/green. Maybe someone will find more pictures, JG-9 started at 871 and went up to 990, JG-8 had 792 to 859.

You might be correct for the antenna question and the 2 versions of LASUR and SAU systems for the Mig21bis at JG8 in Marxwalde/Neuhardenberg. Only the Mig21bis with the SAU system had the trident antenna, while LASUR version did not had this specific antenna. So my remark was not correct.
BTW, when JG9 was introduced to Mig23, all Mig21bis were concentrated in the JG8.

Yes, ok I just looked at some screenshots of it and some of the liveries indeed look very weird. At least there’s some extra liveries available at flightsim.to

Hello everyone, taking advantage of the ongoing sale I decided to buy the model after reading (a lot!) in this thread and watching some videos.

What can I say after trying the plane? To me its a lot of fun flying it and the cockpit is super cool!!!

It will take a lot of practice to learn all the instruments.

Thank you devs for the manual, very useful to start learning the plane.

I hope for some future improvement with regard to the sound package and maybe a rework of the afterburner effect but overall a really nice job in my opinion. Keep up the good work guys.

Still time to pick up the Mig-21 at half price.
See the review from Into the Blue Simulations 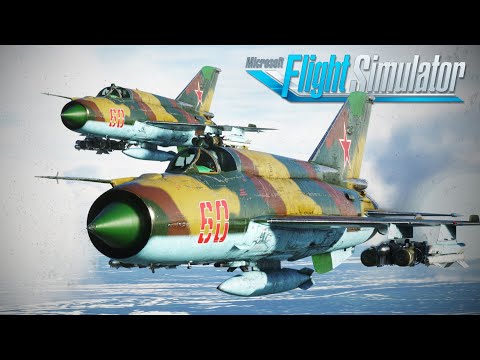 Thank you for feedback!

Hello Dylan,
sorry, missed your question. Did you solve it or do you still need a help?