You’re right. They sold us a whole different product.

Just wondering if you’ve had a chance to check your NGE settings yet? I’ve been at work and haven’t played for 24 hours or so. Hope nothings changed since I played last. Who knows.

I’m still at work as well. I’ll be home by 11pm tonight. Hopefully reverting the settings in NE and disabling brings back my terrain and building quality back. Same here I haven’t played in 4 days.

When your there in case your not aware click on the details tab on the msfs game to get to those settings.

Wait what? Inside the game?

To all those saying ground textures are worse after the patch, please provide some actual evidence. A single screen shot proves nothing, UNLESS it is also accompanied by another screen shot taken before the patch that clearly shows the difference.

In all the screen shots I have seen, I haven’t seen any that show any appreciable difference. But I’ve seen plenty that show nothing has changed including this detailed post prividng comparison screen shots (although some of the replies from other users fall back into the problem of not providing comparision shots).

The 2 screen shots below show to my eyes textures have not changed. They came from a thread about the building size problem (which actually has proof of this change) but the person who posted the before shot also thought the texture resolution had degraded. They only provided a before shot, so provided no evidence that this was the case. So I created an after shot myself, and the evidence indicated that the textures had not been degraded.

I’m happy to be proved wrong, but please provide some concrete evidence to back up these claims. 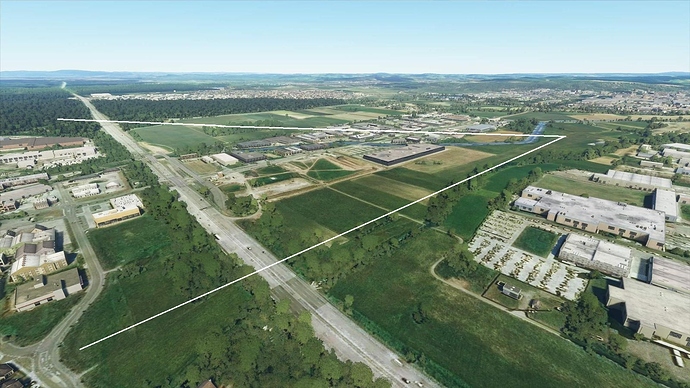 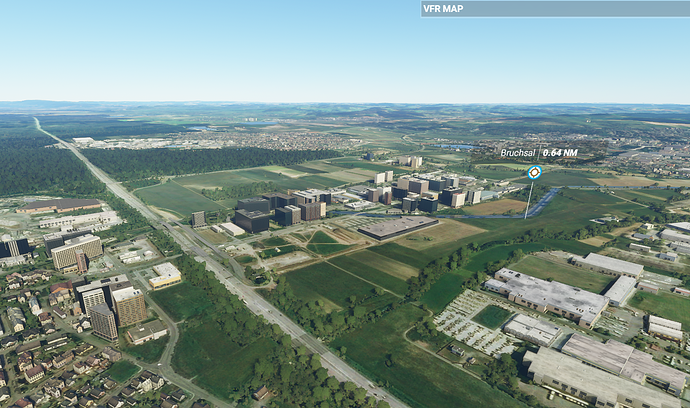 If your are interested in a possible explanation for the building problem, here is a link to the post.

Comparison screen shots have a greater impact if you have the before and after showing the same view. Before (yours) [IMG-20200823-WA0013 - Kopie] After (mine) [2020-10-04] I can see the building problem quite clearly in my new 'after" shot. But allowing for slight colour differences between PCs, the textures look identical to me. The tree density is difficult to gauge from the photos but they do seem a bit less dense in the upper left off in the distance, but that might have more to do …

No. In nvidia geforce experience. Go to the main tab where your games are listed and find flight sim. Then instead of clicking play click details.

Okay after I click on details, what am I looking for?

Zoom in for yourself. 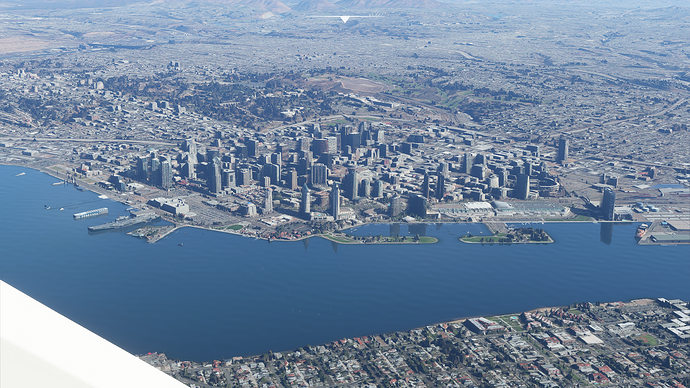 I am playing game now and graphics still look fine to me. I have seen other things people have mentioned like no light reflections at night on water and large buildings being where they shouldn’t be but find mostly other than that.

What am I looking for on details?

It was obvious for me. It said that it was using optimal settings. I was able to click revert button and go back to my normal settings. Maybe this isn’t your issue after all.

Oh wait. Your not playing yet are you?

After flying for awhile in L.A. I’m unfortunately seeing more and more issues with graphics. It’s weird but they seem to downgrade as i fly along. Anti aliasing does seem degraded i think and graphics are just washed out overall. Lod’s seem to be dropping. I’m optimistic though that these things will be resolved soon. Still check the NGE settings though.

No not yet. I’m on my way home. I posted a screenshot from the last time I played. That’s San Diego and as you can see, it looks horrible

Reflections in general are worse

Ok. So I just flew in Tokyo and same thing happened. I checked settings in game because I wondered about the photogammetry setting as I had seen someone had an issue with it. Sure enough it was still on but it was grayed out. I’m restarting the game now to see if it changes anything.
Update: clicked on bing data world graphics and it changed to off. Turned back on and then photogrammetry was no longer grayed out.

You are missing the point. You have only provided a single screen shot that proves my point. The title of this thread is “Ground textures are just plain ugly now”, implying that they weren’t before the patch. So where is your evidence that anything has changed? This can only come from a comparison of before and after shots. Without this Asobo will simply think you’re are just another complaining crackpot. If we can provide evidence that something has changed, and that it has been changed for the worse, then we can point this out to Asobo and ask them to fix it.

There’s a lot of before and after screenshots somewhere on this forum. The photogrammetry got worse and worse after every patch.