I’m contemplating something similar, but I think I’ll wait until the sim bug has been fixed. There’s no way to tell how it will impact the way everything works. Also, new versions of the G1000 and G3000 are in the pipeline and could influence my decisions of what to map and how.

Using Toggle, creates such behaviour, use Set Anti-ice instead. The behavior of the switches depends on what type of command you use for that particular action, I have all the switches working in my Bravo, spend lots of time looking for the right commands, I also have only one set of levers for GA planes (SE, SEC,ME) so I don’t have to be switching levers depending on which acft I want to fly, they wear out quick or the detent will break. I don’t fly Commercial, when I do, I will install the white levers, I really like this piece of equipment.

I have a Setup with multiple screens.
I have placed the ATC Window on a separate screen.

When the focus is on this screen, for example to communicate with the ATC, all inputs from the Bravo Throttle are ignored unless you put the focus back to the Main Screen where MSFS is located.
Has anyone an idea ? 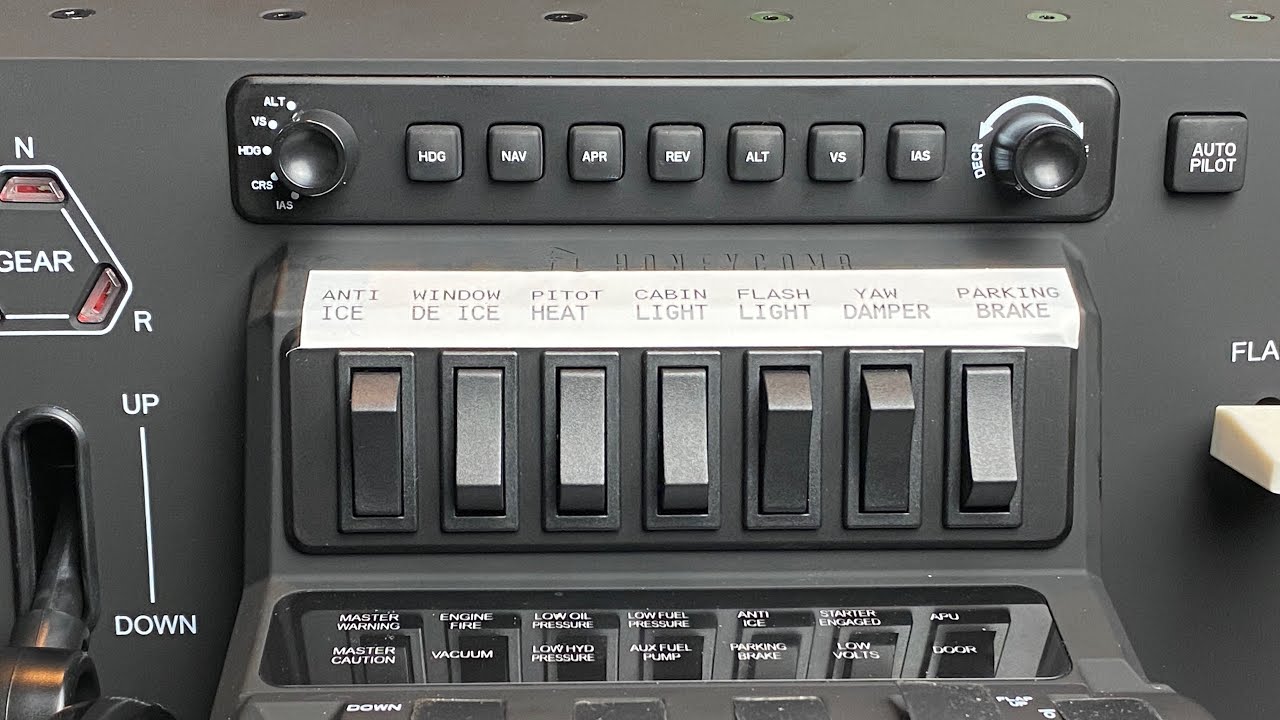 Unreal the heading bug / alt increment isn’t fixed as they claimed it was going to be fixed in the World Update 3, then clarified to Sim Update 3, and now apparently postponed to World Update 4…

Edit: Found it; glad to see it was modified to include the info at the very least

UPDATE: This bug is still undergoing final testing and will not make it into Sim Update 3. It is now scheduled for World Update 4 (late March). Marital: Fixed and will be out with Sim Update 3* *I confirmed afterwards which update he was referring to. Timestamp: [Developer Q&A Twitch Series: Top Community Question [01.27.21]]

Only missing peace is a solution like RealityXP for GNS530/430.

I thank you for your kind words! As of now, the main issue preventing our customers from flying with a Reality XP GTN or GNS in FS2020 has nothing to do with with the Trainer. You might want to read what is the actual reality and how this is also affecting the CJ4

Now they suddenly say that the timeframe is 2021.
Even I begin to wonder if they even understand what this bug is about and how it affects us…

@Jummivana Could you do us a favor and try to get some information about what is going on with this. Has it turned out to be unfixable until some major refactoring is in place, or what?
Or is it just not considered important enough for an immedate fix?

Second this request just tested with Alpha yoke / Bravo Throttle, and this problem is most defiantly NOT FIXED.

10 deg heading jumps, 10x trim speed, VS in increments of Ten present when using switches in the sim vs the alternative methods like vJoy and Joystick Gremlin

Edit:
I just saw the dev update for the 18th. So they fixed the mouse interaction but the rest will be sometime later. That’s unfortunate but at least it means you can use the Honeycomb(s) for all the other functions.

The easy workaround for 10-deg bug is to assign the always on switches not in the sim, but in external tool e.g. FSUIPC.

The below solution works perfectly; it’s free, highly customisable and flexible.
This is the base version I initially set up but I’ve since updated my profiles to add new functions

Ok this may help you Alpha Bravo users This took me 6 hours to figure out and set up but now I have full functionality of my Alpha and Bravo devices. I fly only GA aircraft so this will probably need to be modified a lot for airliners You need vJoy setup as a 128 button controller You also need Joystick Gremlin First open Joystick Gremlin and load the below linked profile and make sure the green activate icon is on Joystick Gremlin Profile! Start MS2020 and create the following profiles …

I just got my Bravo TQ a little over a week ago to join the Alpha Yoke I got last month. I was so excited to finally receive it after waiting so long. Since getting it I have spent more time trying to get it configured and working properly than I have enjoying flying. I have watch so many video about it and read so many forum posts that my head starts to spin.

I have concluded that the #1 most needed improvement in MSFS, IMO is some way to import/export and display/print controller profiles.

One of the things that make configuring the Alpha-Bravo so difficult and time consuming is that you don’t just do it once unless you only fly one plane. Each plane has it’s own configuration and what works for one doesn’t always work for another.

It would be a huge help to the MSFS community (their customers) and save untold thousands of hours wasted by all of us having to duplicate this effort on our own if we could just import default profiles for the aircraft we want to fly. Then we could each modify them as needed of course but much time and effort would be saved on the initial setup.

The view/print profile functionality would be of great help when trying to track down some small mistake in control binding. When I am looking for an error I always find it easier to have it printed out instead of scrolling and messing around with a mouse.

This idea won’t fix the problem of the input bugs but it would make work-arounds easier to implement. And as a plus, if the bugs ever do get fixed it would still be useful to import profile for new aircraft added later.

I’m interested in this solution, but I’ll probably configure everything differently.
But just so I’m sure I understand:

I install Gremlin Joystick and vJoy. In combination they allow me to create a virtual joystick with 128 buttons. This is what the supplied XML-file is for.

Then I remove all the bindings for all persistent buttons/switches on the Alpha and the Bravo.
Instead I bind them to a virtual joystick profile in a way that turn the persistent up/down switches into momentary buttons.

I do not have to (or have no way to, depending on perspective) access any sim variables directly.

The details may not be accurate, but please confirm that I get the general drift of it.

As you can see in MFFS I’ve unbound all persistent buttons/switches from the alpha and bravo and then created a vJoy profile and assigned the vJoy buttons (dont forget that the 6 throttle indents, landing gear lever, start switch and the bravo left rotary knob are also persistent switches)

No sim variables are accessed

Super. Thank you very much.

thanks for sharing your actual bindings to the joy-buttons … I almost got crazy with only landing lights and strobe working with the ON/OFF events mapped.

After I saw your mappings I realized, that beacon, taxi and nav lights have to be bound to SET/TOGGLE instead of ON/OFF events.

It’s just another bug among many. Maybe one day we can get a fix for it.

I’ve surrendered. I have alpha and bravo. installed vjoy and gremlin. Downloaded the xml profile (THANK YOU)… BUT, I thought the bindings I’d set up in MSFS would be something like “VJOY+” but the screenshots above just seem to be to normal buttons in the alpha and bravo.

What am I missing? thanks in advance for any help.