How bout that new Vive Pro 2

If it has good FOV and clarity, will the better software support render the G2 obsolete?

And that stupid clip…and the cable coated in adhesive…

I have one on pre-order and looking forward to trying it out.

I already have lighthouses and Valve Index controllers so I only need the HMD.

As you know from the other thread, mine’s on preorder as well. All I’ve wanted is an Index with higher res, and that’s basically what the Vive Pro 2 is.

In my opinion, the G2’s resolution is pretty close to “good enough”. As long as I’m not trying to replicate an eye exam, if it’d be readable in real life, it’s probably going to be readable in the G2.

The Vive Pro 2 has 28% more pixels (12 million vs 9.3 million) than the G2. It’s enough to be noticeable, but not so much that there’s no point due to GPUs just not being able to push the pixels. Given the DSC support, the 3000 series cards from nVidia are a nice pairing with this HMD. I may not be able to drive this headset at full res + supersampling, but I’ll be able to make the picture look like a G2, but without all the problems I’ve had with the G2. It’s also going to perform better (see Reverb G2 vs Index and the frustrating state of VR simming)

If you have a current-gen GPU that supports DSC, and are looking for the best VR for MSFS, I don’t see how Vive Pro 2 isn’t it. It’s definitely an HMD that you want a 3080 or 3090 to go with it. It’s always possible that reviews uncover some total dealbreaker, but I doubt it.

At the risk of sounding like Bill Gates saying we’ll never need more than 640K RAM, I really do think that resolution is going to become far less of a concern now that we’re at the res of the Vive Pro 2. At that resolution, you can actually work on a screen in VR if you really want to. Up until the G2, the first thing you notice any time you put on any HMD is the low resolution. With the G2, and now the Vive Pro 2, small text and gauges should be perfectly readable. Can’t wait to fire up MSFS, Elite Dangerous, and DCS in the VP2.

the new Vive Pro 2 would be very appealing if it would allow inside out tracking!

i wonder if that option will become available?

then it could be a $purchase…

They tried inside-out tracking with Cosmos and it was not good.

I’ll wait to see how they ship.
Plus I’ll see what happens when it comes to lens sweet spot and super sampling.
The Reverb G2’s native resolution was fine, but considering it wanted to be super sampled at around 3k x 3k per eye, it just killed performance. It’s quite possible this would happen with the Vive Pro 2…

I think 8k per eye is the limit. With 5k that close to your eyes, you still do not get the sharpness of a 4k monitor from the normal sitting position.

I tried to choose my words carefully. 5K is not “retina” resolution where the pixels can’t be discerned, but it’s high enough to not be distracting IMHO

There are two new Vives coming - and one (Focus 3) is wireless with inside-out tracking and even active cooling. Both using the same or similar panels. I’d bet optics are the same or similar, too. The Focus 3 seems very targeted at business/customer facing applications and is priced for that market. Fairly expensive. It’s also only 90 Hz where the Vive Pro 2 is 120 Hz max.

After receiving the headset I’ll test if I’m impressed I’ll not send back , then perhaps pickup a 2nd base station when an ultra cheap one comes up on eBay again

For the same resolution you should expect better performance. AFAIK running the Quest 2 is hungry on resource versus a real PCVR headset…

Not sure now , update came down for my quest2 , has PCVR 120hz mode which is brill , my PC running it flawlessly super sharp res (not tried in MSFS yet )

Not sure how some people could appreciate Quest 2 on MSFS. I have RTX 3090, yet using Oculus Link at highest SS setting, the whole MSFS world in VR was completely blurry. Furthermore, none of the SideQuest adjustments helped.
When it comes to MSFS VR topic, the high resolution yielding shap image is very important, but it would be of absolutely no use without a smooth and stutter-free motions.
Like someone posted above, we simply need a “Valve Index 2” with only two improvements:

I would be curious if Valve might go for inside out tracking as well. It works surprisingly well on the G2 (just my own experience). The Lighthouses are excellent for precise tracking - no doubt about it - but they do add expense and also make a high pitched whine that annoys some people.

For me, though, the G2 made an Index 2 a thing I’m fine with waiting for. Very curious what/if they might be planning.

I just read on reddit that the first review will be coming out tomorrow (05-27-21) which should be fun to read.

@SparkerInVR Can you link to the reddit topic? This will make it easier for those wanting to benefit more from this. 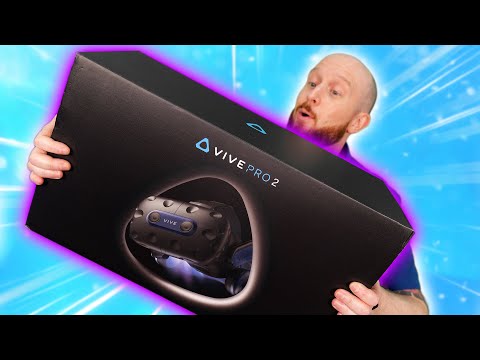 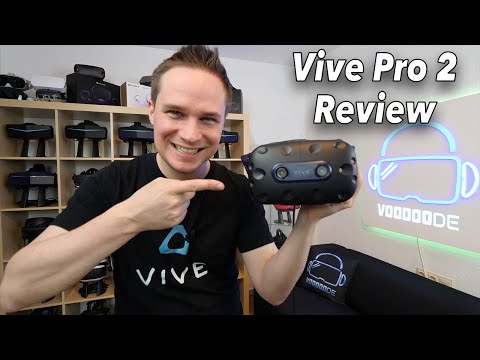 voodoode totally pans the headset, but I didn’t find the review exactly confidence inspiring. It’s unclear if he was running the headset at half-res or not. Also, I find through-the-lens videos pretty meh in general. I’ve only seen it done really well once or twice.

The first review seemed pretty solid. The takeaway wasn’t glowing, but it was not as negative as voodoode’s. The thing I’m most bummed about is that SteamVR motion smoothing is not available with the Vive Pro 2. HTC seems to have implemented their own motion smoothing in their now-required software layer. How they’ve done this is anyone’s guess at this point.

There’s no way to tell how it’ll compare to the Reverb G2’s motion smoothing, and I doubt that reviews are going to analyze it in much detail. I can’t think of any game where motion smoothing matters nearly as much as MSFS. I just can’t bring myself to care as much about the mic as much as reviewers, but I of course wish it was better. It could potentially still be the “best” simming VR headset under the right circumstances (already own knuckles + lighthouse, have powerful PC), but it’s much less clear cut than I was hoping.

At this point, I’m not sure if I’ll keep my preorder or not. It’s not a cheap unit, and I was hoping for a slightly more decisively good implementation all around. The HTC motion smoothing might be great, and it might be awful, and I fear the only way to really find out will be to order one and test it.

You’d think that people would be generally be much more interested in how much more performant the Valve Index than the G2 in an apples-to-apples configuration, but it doesn’t seem like anyone thinks it’s worth discussing outside of this forum.