How do I use 2 monitors

I just started using the New msfs and I am finding my around. How can I drag the instrument panel to my second monitor? Back in the old days I would just grab the panel with the mouse and drag the window to the 2nd monitor. The outside view would remain on the main monitor. I can drag the whole window to the other monitor, but not just the panel. Thanks.

multimonitor support is not yet supported. there is a wishlist item you can vote on. It’ll be implemented when it’s implemented

I believe there is a solution using a 2nd PC in your network, Airlink or something but more than that I can’t say.

If you want to pop out a panel like the G1000, hold down the Alt key on the right side of the keyboard and click on it and drag.

Note there is quite an FPS hit as soon as you pop a panel out.

Thanks for the quick responses. The old versions had a view that would eliminate the dashboard and leave just the instruments (iirc). Is there a way to reduce the instrument panel to just the dial faces?
Thanks.

I think the long wait for DX12 is why we don’t already have it but Im sure this and more are in their plans.

I wrote about this a month or so ago. Basically, if you find the current state of DX12 satisfactory for your needs (some folks do, some do not) - just switch to DX12 mode and then pop out as many gauges and stuff as you like… Without the need for any type of secondary GPU/iGPU…without any FPS loss. The primary cause of the FPS drop is that under DX11 we are limited by a single rendering thread being dedicated to its active rendered frustum. Long story short - the moment we put even the smalles…

Wow! I didnt know that. Assuming an improved DX12 will superceed DX11 that really is good news.

Well, I’m one of those who waited for DX12 for more than a year, who swore on it - but I knew what to expect from the earliest day 1 of its implementation and this is one of those things.

If you folks really need this, you can switch to DX12 mode and reduce those stuttery-like lags by going into BIOS and tweak the CPU for by disabling CPPCv2 and at the same time force it NOT to always proclaim cores’ C1 state to the Windows 10 scheduler by setting the C1 state proclamation to OS from Auto to Disabled (or on Intel Z mobos disable the C1 state).

If properly done, and still in DX11 mode you shouldn’t see those two cores usage line boosting like crazy while in flight, and instead you’ll have some load distributed across all cores.

Now, switching to the DX12 beta the performance will not improve after this CPPC/C1 tweak - and some may even find a slight decrease in FPS - but the lags that we perceive as stutters in the DX12 beta mode will be reduced quite a bit - and for some it can be just good enough to use it.

P.S.
That up there is feasible ONLY for those who are still on Windows 10 !
Windows 11 has a different core priority distribution and load scheduling philosophy that is much better, so it is fine now as it is.

A big thankyou for sharing this

I probably should have included this info at first, windows 11, ryzen 7 5800, nvidia rtx 3500 ti, and dx12. Now, maybe it’s my advanced age ( I first started FSim on windows for workgroup ver 3.1) but I don’t understand how or if I can use a second monitor to display my flight instruments. My desktop monitor is at eye level and I put the laptop below that. I have just started with fs2020, I just got this new laptop, and this is my first post here so I want to make sure to say thank you for the help.

HI @Doggo7818 , As far as im aware what you’re asking for isnt currently available in the sim. There are a lot of things like this that i think people are hoping Multi Monitor support will solve / deliver, but we currently dont really have a view of what this functionality when delivered later this year will deliver / enable off the bat.

I got it on two screens. Ahhh its called VR.
I dont see why msfs shouldnt support multi monitors already, espessially after su4(?) or was it 5, where we got big improvements in the engine with a BIG jump in perfomance. Before that multi monitors would cause big perf hits for many, but this is not an issue now.
Ok, im not an expert, but two screens (4k each) in vr prove they basically already got it.
Fingers crossed for this functionality in su IV

Be careful what you wish for.

We don’t need MSFS on 2 screens, we need multiple configurable VIEWS on as many screens our system specs can handle.

In context, almost all flights Sims had this for a (couple?) decade at least. Asobo removed this from FS 2020 (replays dropped also) to accommodate maximum FPS performance of the jaw dropping graphics… on a single monitor.

Putting the sim on 2 monitors is the simple way out, not actually what’s needed.

FSX, P3D, XP etc. all had this figured out. Some better than others. Smile.

I think my first post here struck a nerve. Sorry. I suppose the short answer is no I can’t. That’s ok for now. I will keep flying and checking it out. Thanks for the help.

I doubt anyone would expect the same … actually I’ll rephrase that. Those that expect the same performance and graphic fidelity using extra screens are going to be disappointed. However there is still plenty to be done, especially now DX12 is here e.g. our systems are perfectly capable of upscaling, downsaling and lowering peripheral aliasing without extreme stretching but of course they need the instructions and dragging pop out panels to an e.g. 800x600 2nd screen shouldn’t result in a 50% drop in frame rate as it did on my last attempt.

I get about the fame frame rate loss switching to DX12 as I do popping out a panel.

That’s unfortunate but there are other folks experiencing horrid performance and most notably the severe frametime inconsistencies and lags (myself included) in the DX12 test mode. Guess all the data Asobo got from all of us each time we switched to and attempted a flight under DX12 will be of good use to them.

I really hope that the further DX12 improvements and even the official DX12 mode will be ready for us in February…hellyeah the moment when we finally witness tracing of the first rays in a flight simulator in history…somewhere there till the Spring comes knockin, somethin like that.

But all that aside, they are prolly working on various new platform features that improve performance, like new shading techniques, better handling of geometry and vertices, improvements in the way the simulator uses video memory and of course stuff like DirectStorage, more efficient networking APIs like RDMA…then there’s the AI, the sim does not currently make any use of Tensor or DirectML yet there is lotta really awesome stuff, right?

Ain’t that gonna be great ??

So I am still reading along and not really understanding the deeper aspects of the discussion, remember I am a newbe to msfs2020. So I hope you don’t mind another question or 2 in this thread.
What is popping out a panel mean and how do you do it?
I noticed I get a digital readout along the bottom of the screen showing airspeed aoa etc, how can I eliminate the flight instruments and fly with just that and a full forward view with no instrument panel?
How can I turn off the AI that interferes with my flying? I takeoff in the Bonanza to fly the pattern and land and the AI is operating my flaps recovering from stalls and just plain interfering with my flying. (Not to mention those big red brackets I guess I am supposed fly through)
Thanks.

At this time the update for multi monitors is not release yet. But if you have an Nvidia Rtx you can setup 2 screen with surround screen function. 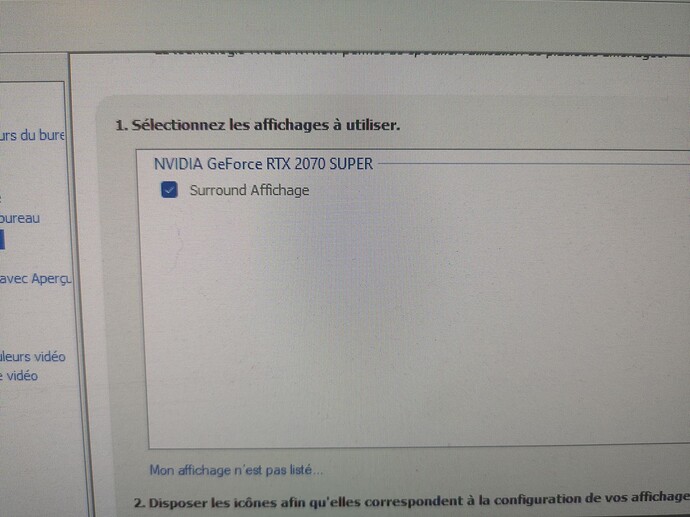 I see also a request asking for IA when you play don’t forget to deactivate IA in the flying assistant (sorry in French).

Hope this may help you