I just got the H145 earlier today. Looking forward to flying it. There’s an ‘Xbox’ mode. I presume that’s the Arcade mode that’s referred to in the user manual?

Are there any good training videos on how to slow down to a hover and then descend for landing?

Just pull back on the stick and hold it there until forward speed bleeds to zero, don’t hold it back too long or you can end up reversing. Same goes for slowing motion drifts to left or right side, just angle the heli in the opposite direction with even finer movements until you are just hovvering at a standstill make fine adjustments to the collective to drop down and as you are in close proximity to the ground increase it a bit to slow the descent down to something very gentle. If you have a nice big throttle axis like on a HOTAS One then there is a lot of room for fine control. It also makes it easy having a separate throttle. My Hotas One splits in two so I have throttle (collective) on my left side and joystick on my right side. This of course is all an input from a novice’s (me) perspective.
Also, it’s good to initially practice control / landings when hovvering at only a few feet up, you will quickly get the hang of it.

Search for “Rotor Sim Pilot” on YouTube, he has a playlist with training videos. “The Circuit” might be just what you are looking for.

There has been some awesome progress in the last few weeks on the H145. I would recommend using the current development build, something like B181 at the moment, not the “stable” Beta 7. The auto pilot and automated flight control system is much better on the latest build.

Just picked up the H145 today. I must say it has put a pretty big smile on my face. Keep up the great work. The functionality of that tablet was quite surprising, not to mention the chopper itself, of course.

I’ve been flying the H145 for several months now and I’m still enthusiastic about the implementation of the model. Today I had a problem though. I flew from Detroid to Chicago in bad cold winter weather with minus temp. The result was an icy windshield. However, I have not found a way to stop this icing. Is there a window heater, if so where do you turn it on?

Down by your left side there’s a large button with push to defog on it. Try that think it worked for me before in severe weather.

Thank you! I have found the Knob and it works!

We were very happy with this H145 preview from VR Flight Sim Guy - watch this vid and check out the other great VR content on his channel! 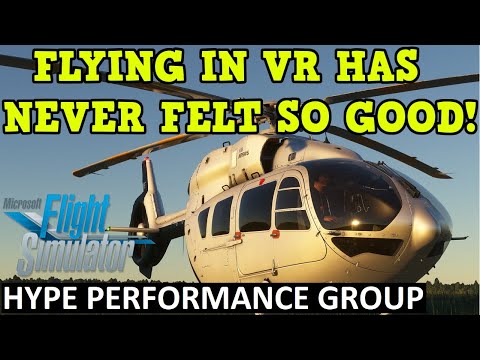 I just bought this aircraft H145 and I would like to ask if there is someone who has the TCA thrustmaster incl addon and want to share the settings special for the H145.

Is this helicopter also for Beginners and has a easy Mode ?

I just want to fly and hover around with the Trustmaster Flighstick easy mode and not press like 100 Buttons to even start a Helicopter or crash alltime due to not having pressed this and that Button.

From the Videos it looks and behaves awesome but i am unsure if i should invest such amount of money for a too complex Flight Model then i wont be able to use.

I sure appreciate the Features of course. This looks all so awesome and i am sure Pro’s luv it for what it offers in details and accuracy in full SIM Mode.

I am just not the type of person who wants to read 20 pages to start flying ;D

Thanks for your support! I know somebody uses that hardware, but I don’t have any recommendations to provide. Check out our Discord, we have a FAQ covering keybindings and also community members that may have settings to share.

The beautiful thing about our H145 is it can be incredibly easy if you want it to, or one of the most complex aircraft available for MFS if that’s the experience you want. We have a button for realism settings on our tablet.

Watch my YouTube video here, take note of the quick start button on the tablet, the autopilot functionality and how little time I need to spend in the cockpit manipulating switches, etc. 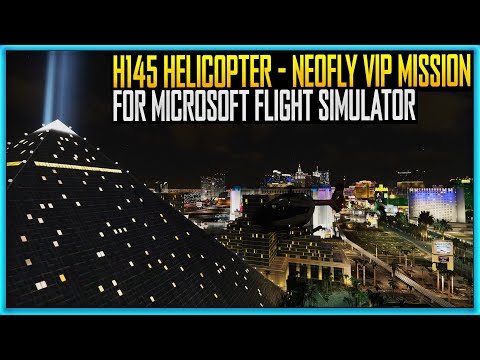 The H145 is probably the easiest helicopter I’ve ever used in a sim, and I’ve set all the settings to advanced and realistic. For a helicopter, it practically flies itself.

My first flight was a taster flight. I pressed the tablet button for “ready for flight”, pulled up to a shockingly stable hover, then pushed forward to an effortless flight.

I don’t know how realistic it is, but I don’t think it gets any easier for a helicopter - even on realistic/advanced settings. If it’s anything close to realistic, it’s no wonder why the US military purchased it over a domestic helicopter to meet it’s light helicopter requirement.

The only disappointment I have is that I’ve lost any justification to purchase helicopter flight controls. The H145 seems to stabilize itself in flight, so there is minimal rudder input required. Also, there isn’t a need for throttle control, as the flight control system appears to handle it automatically. I can fly it just fine with my standard peripherals.

I’ve been using the FlyInside Bell 47G to prepare myself for the eventual/hopeful development of the Milviz UH-1, but this Hyped H145 has spoiled it for me. I’ll still buy the Milviz UH-1, but now I can wait without being overly anxious. I will also probably choose to fly the H145 over any GA fixed wing aircraft to do my short range touring in MSFS from now on - better airspeed envelope for low altitude scenery viewing.

Is this helicopter also for Beginners and has a easy Mode ?

Yup, it’s one of the easiest sim copters you’ll ever fly. Whatever the settings its in easy mode compared to almost any other sim copter. Id say it’s the perfect beginners sim heli.

I own it, I’m a novice and it is straight forward to use and fly and learn more as you go along. Moreso than some of the other helis. I use Basic mode as Realistic mode brings in rotor torque effects making control at takeoff and landing harder. Generally for me it’s CTRL-E wait a minute and I’m ready to go. I love this heli, it’s fantastic and definitely in my top 5 aircraft of FS. Great for sightseeing in FS with big wide views. It also uses the GTN750 freeware add on which makes GPS nav and route planning a breeze. Oh and did I mention it looks gorgeous too. Note: you would be best to have a joystick with rudder (pedals or stick twist) and throttle (for collective) too - I use a HOTAS One (with no pedals). 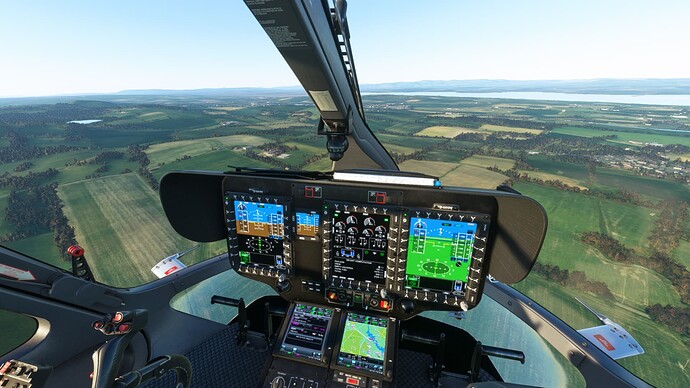 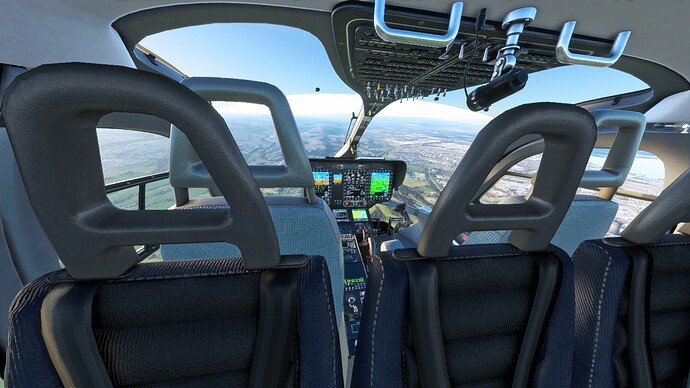 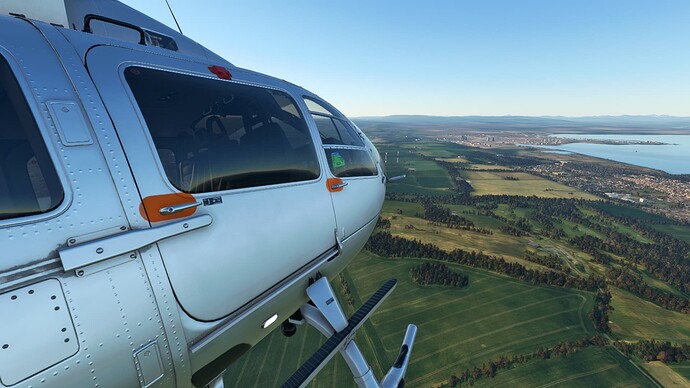 Like others have already said, the H145 is not hard to fly, but it does not feel dumbed down. Especially with the latest advances on the automated flight control system (AFCS) since build 147, there is a lot of depth to this helicopter, and it is really immersive to fly.

Initially I had a lot of trouble flying the Bell 47, which I found very twitchy and hard to control. But after spending numerous hours in the H145 I took the Bell up for a flight a few days ago and was to surprised that I could actually handle her quite well. So it seems that I did learn something about heli flying in the H145

Thanks for these comments Jason!

Couldn’t have said it better myself.

The reality is that modern helicopters are designed for the opposite, their electronic control and stability systems are designed to remove the difficulties of controlling the machine and have the pilot focus on the mission rather than trying to wrangle the beast.
The real life H145 is designed to behave no different than you’d expect an a320 to fly… basically you point it into a certain attitude and the control system will keep it there like FBW on a 320 (well there’s a button to press and hold to tell it “this is the commanded attitude” (called trim release) just like in the real thing). It’s as simple as point and let go

In addition it has full autopilot including FMS coupling, VNAV, the whole shebang! On top of that it includes a hover mode (or rather ground track mode), cruise height hold (holding a set radar altitude), track follow, etc etc

Look at how this guy flies it… hands off! 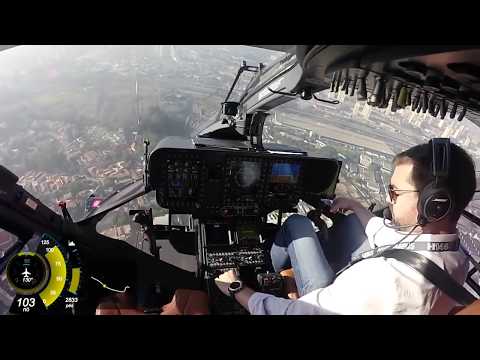 The Hype h145 does the exact same thing, so it is extremely easy to handle once you understand its idiosyncracies
Make no mistake, “easy” is very different from “dumbed down” or “simplistic”: the hype h145 is very deeply modelled and really really good (it does have additional helps like a basic mode and a simple button for startup if you want that)!
It is by far one of the best mods currently available, and it’s in beta still
You won’t be disappointed!