I think this video best sums up the MSFS VS debate 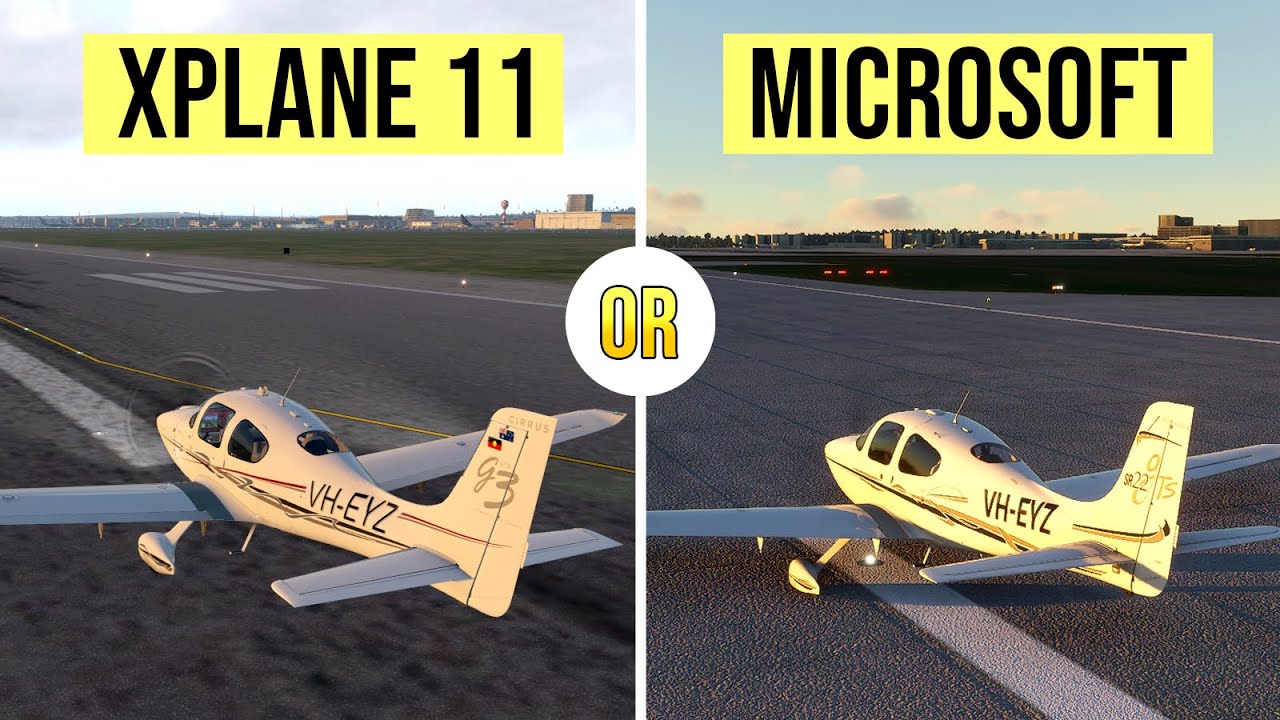 Waaaay, waaaay back a question was asked on these forums: “Have we got a game and not a sim?”

However, much as I wish to denigrate FS, I’m looking at the YouTube live streamers who are having multiplayer flights and the 50+ that join in flying and chatting. They are having a ball (TwoTone Murphy is one such person) and why not!

Game or sim, as I’ve said before, it’s up to the user. Let’s hope those folks new to flightsims will stay once study level craft come out.

You and I have had the odd kerfuffle on here but I am shifting my position somewhat with regard to what this program is doing for those new to the genre.

PS Exciting developments in Xplane coming up according to their blog. I won’t be using FS until it works properly however. In fact I’ve spent hardly any time in it as there’s no VR. I’ll wait for that before totally dissing it, should it not be implemented properly.

No probs - the OP made me smile. I think I’m over a lot of the debate now anyway. It’s interesting to see how the forum is developing as new people just getting into it join and start to create threads reminiscent of those from a couple of months ago - part of me wants to say “NO! don’t do it - we’ve had that debate already!”. But obviously they haven’t!

But obviously they haven’t!

Comparing aside, some parts of the world are so so so breathtaking in MSFS!
At this moment, I’m just doing VFR and forgetting about any procedures.

Did a flight yesterday in Alberta Canada from Golden(CYGE) to Calgary (CYYC)
IT IS SO BEAUTIFUL. (flightplan attached)

Serious suggestion. For starting especially, what about FSX (normal or SE) ?

Why ? Well, it’s cheap. Both in the software itself and it will run on pretty much anything, so no expensive graphics cards and so on.

It works reliably - limited in some areas, but it does work. One problem when you start using Avionics on MSFS is you don’t know if you’re pressing the wrong buttons, or it’s a bug.

It has extensive tutorials - both the Machado tutorials from FS2004 and the “Missions” which are a bit gamey, but are actually useful practice and structure it.

Now, yes, you don’t get a complex FMS (with the base), the graphics aren’t fabulous but then above a certain height that’s not a big issue, the flight model isn’t fabulous and so on.

I love X-Plane and still fly it (mostly because of VR). However, certain aspects of physics are already MUCH better in MSFS, like training spin recovery, which was impossible to replicate in X-Plane. I would start this video saying, today is “August 26, 2020,” and tomorrow, the situation can drastically change as MSFS is still in development and planning to improve it continuously. By the way, a lot has changed since the guy recorded the video, and it’s a couple of months. In addition, I never saw the scenery of such quality in the original X-Plane, like on his screen. And it’s okay to compare the sims, including the 3rd party content. However, the video is recorded the same month MSFS was born, so it’s inadequate compare.

I just run either, depending on what I want to do. If it’s sightseeing or low-level GA flight then I’ll pick FS. If it’s liners or longer-range flight, or I want to follow a route between VORs and follow approach procedures and such, I generally opt for X-Plane. It’s not as pretty graphically but it does seem more precise (though I absolutely love the feel of small prop planes in FS, being buffeted by the wind, etc). The only thing I’d change if I could is make X-Plane look just a little less washed out colour-wise.

Re-Shade stops that and renders beautiful and vibrant colours - depending on the plugin.

Ooh, lovely. Thank you - I’ll go look that one up.

I always compare this to the Chevy vs Ford ( Audi vs BMW ) debate depending on your location. Sooner rather than later it always tends to be less a really objective comparison rather than one based on subjective impressions.

One thing that I have learned with a good friend who was with X-Plane from day one and always convinced of the superiority especially with how the aircraft reacted to control inputs was that the controller he had simply did not cooperate as well with FS using just the regular windows / FS adjustment options.
I had always used FSUIPC for that because I could create an aircraft specific profile, from axis assignment to sensitivites etc.

I also had spent considerable time adjusting the simulated PA32 to fly exactly like the real one, something I am sure can be done in MSFS either now or in the near future as well.
So after a flight in the real aircraft we used my sim setup to fly the simulated aircraft and suddenly most of his “hard facts about FS being just wrong” were not so hard at all anymore.

I have both X-Plane 11 and 4 different versions of FS currently installed at the same time and can switch as I want. And I doubt anyone today is so hard pressed for HS space that this is not an option

Where it does get tricky is when you need to decide to add payware to one sim or the other. Especially when the single addon is almost as much as the basic simulator. Just because you like XYZ aircraft, are you really going to buy that 2x just so you can fly it in either sim ?? I might with a few aircraft but certainly not for everything.

At the moment I think MSFS simply needs a bit more time, and it needs to be more stable as a platform for both pay- and freeware developers to come to grips with what works how and possibly develop a few tools to help with the tweaking.
That I think was for the technically minded always the strong point of X-plane. The possibilities to either adjust to match real world perfomance or maybe simply have a little fun with an airframe in the way of modding a real hot-rod was a bit more accessible without a C++ degree and one in nuclear physics

All sims are games. Sim is just a genre.

The video is only opinion of a man.

Xplaners! please request a new forum section only for praising X-plane and the MSFS forum will be for MSFS discussion.

The broad specification/appeal fs2020 has, have brought in a much wider user base than any of the other sims had, both in ages and expectancies.

ON TOPIC: I am no real life pilot or trainee but if i was going that path, i am sure that fs2020 not is the best choice atm.

In this forum be prepared for ‘bug reports’ like “AP is not working” and ofc the user didn’t know you in some planes had to put it on first. Also the “Why is the altimeter not showing my correct height?” and “Where do i see the compass direction of my assigned runway?” questions. - Be friendly in your responses.

We will also (hopefully) have reports like “It doesn’t work like FSX, it is broken”, where fs2020 suddenly made the whatever thing in question work like real life where older sims maybe had more rudimentary functionality.

Also i wonder if FLEX is working in fuel calculations on ‘the other’ sims? And if it will in fs2020? (Not really asking, is just saying something technical to emphasize my point about broadness in fs2020) ;^)

What’s ironic, is that for decades we have had to deal with substandard VFR representation in our flight simulation products due to hardware limitations. So we’ve gone from actually “flying” to simply operating cockpit equipment.

Flight instructors have been noted as saying they can spot a simmer a mile away because they tend to focus on the panel and not what’s going on around them.

We finally have a product that allows us to lift our heads and experience a convincing flight environment, and it quickly gets dismissed by others as eye candy, and irrelevant.