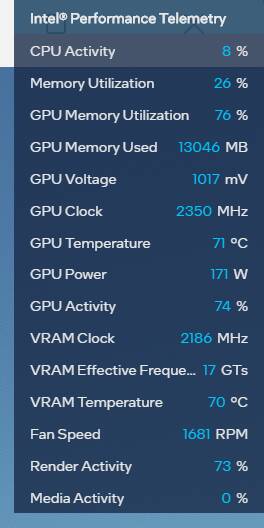 I was curious and checked and found that my 1080 has a higher speed rank (though it does not support some of the newer features) than this card. I am excited Intel is in the game now and look forward to them launching their first high end card, if they decide to. For folks on pre-1080-level cards though, this is a very fairly priced upgrade given that even old nvidia cards are still overpriced. Also nice to know this card is silent, my 1080 is LOUD when running MSFS

This is good information! Have you experienced any crashes so far, either inside the simulator, or outside in other apps? I ask because the driver seems to be the primary reason why most steer clear of a new card. It would be interesting to learn the performance with Intel’s Xess, if that can be employed in MSFS yet (it wasn’t clear to me if it can be used for applications that do not, as yet, support its full capabilities).

Don’t know about Xess yet. There is no option in FS2020 to select it yet.

A warning screen displays when FS2020 starts that states:
“This PC is not suitable for …”
It expects either a Nvidia or AMD graphics card.
Click it and it goes away. FS2020 starts.

Here is the GPUZ statistics for this GPU on my PC. 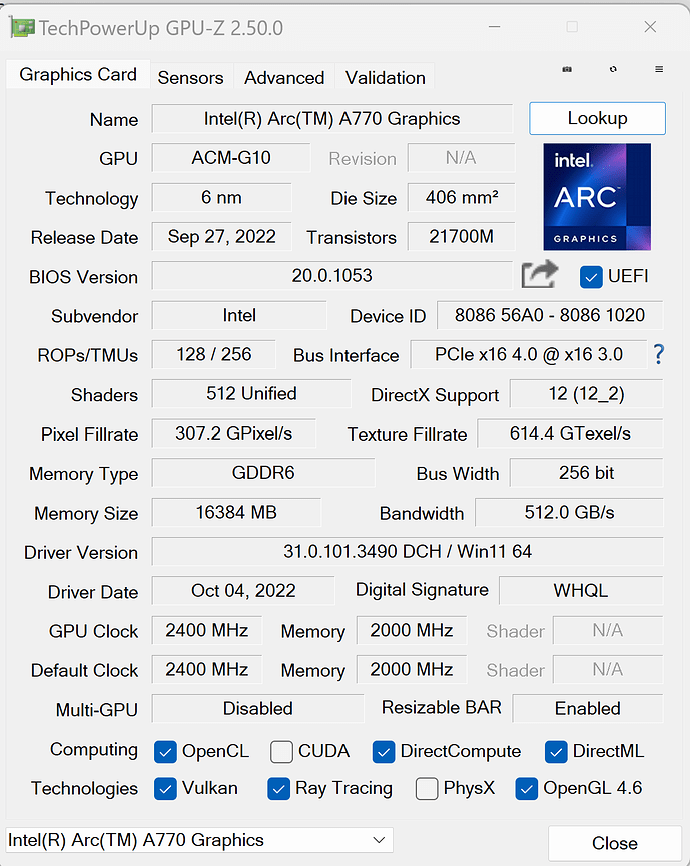 It appears to be rock solid.

Sounds and looks quite good for the money! I see NewEgg has them in stock again. It will be interesting to see what Intel does next.

Ok you enabled Resizable BAR as I can see thanks to GPU-Z. That’s the question I had as it seems to be mandatory to get the whole power of this card.

That’s a pretty good GPU as far as I saw with all reports about it. Congrat, good catch!

Just one thing … wouldn’t you be better off with a PCIe-4.0 cpu (and mainboard)?
Don’t panic, I doubt there’s that much difference except for benchmarking.

The cost is good.
I fly for eye candy, graphics, and not FPS.

This GPU is just perfect for me.

The issue is not the CPU.

The issue deals with the PCIe on the motherboard.
The motherboard hardware and BIOS must support the Re-Bar feature.

My Gigabyte Z390 MB needed a BIOS update for Re-Bar.
The BIOS then has the 4G something that must be enabled and then you can enable the Re-Bar feature.

Re-Bar has to do with transferring data in large blocks from
the CPU to the GPU.

Intel stated their restriction to Intel 10th & 11 gen systems
because they had the Re-Bar feature available on those MBs.

Sorry as I was simplifying I meant 9th gen CPU’s and their main-boards. 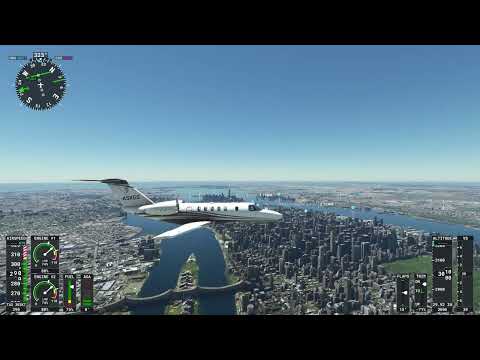 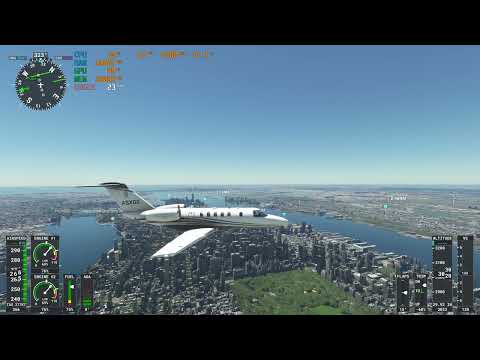 Looks very nice! Makes me keep an A770 in mind.

It has been absolutely impressive.
Great in FS2020.
Great in all other apps: Windows, Chrome Browser, Office 365.

Not one single problem.

It’s a shocking experience on the ground.
You maybe enjoy it, be happy with the performance and that’s fine.
But the low fps looks like a fast slide show to me.

Exactly the same thoughts here. I have three 1080p monitors and get 24-25 fps at mostly low settings. What you’re getting would be a very significant improvement. The fps is sufficient for a flight sim and allows one to fly without problems as you show in your videos. I would be willing to accept slightly lower graphics settings than what you’ve reported to boost fps to 30, which is without question enough for a flight sim.

which is without question enough for a flight sim

Not everyone flies airliners

Keep in mind that Intel claims the *Resizable BAR on 9th gen isn’t quite up to their standard, people with 10th gen may even have better results.