Has anyone given this a try yet? For 9 bucks, I’ll probably give it a try.

Not much out on it yet but found this. 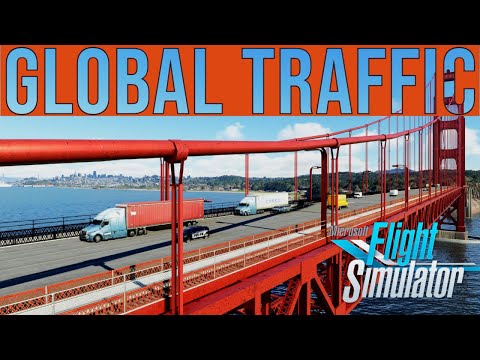 I pulled the trigger on it, nice to see better looking traffic - some flickering on some models, but very rarely in my case.

Thanks for the feedback!

When you saw the flickering, what was your LOD set to if you don’t mind me asking?

Better looking cars and trucks is ok, but what I want is the AI fixed, especially in VR, where the traffic drives over hills and through woodland rather than on the road itself.

It’s probably my single biggest MSFS hate. If they can fix that, then I’m sold.

I use 200 for Object and Terrain LOD.

Wish I could tell you if this also happens with the default traffic, but you can take a quick flight out of KLAX to check for yourself since you have stock vehicles too.

I would volunteer but I’m going through the AIG process currently so I’ll be out of sim for probably an hour or more.

I got it yesterday. The vehicles look much better than the stock ones.
However there’s one issue in Europe I find quite annoying. LatinVFR chose several liveries of package delivery companies FedEx, UPS and DHL for the big trucks. Normally those use more small delivery vans and not that many bog trucks. Since the logos are tiny from the air that’s not really a problem at all.

The annoying thing for me is that DHL trucks and vans are bright yellow. And now everywhere I fly I see dozens of yellow trucks and vans driving around from the air. That’s very unrealistic und looks very strange. Apart from DHL basically NOONE paints their trucks or vans yellow.

Another small thing: they also included (Chinese) Cosco trucks in Europe (not a common sight either) and they put an American tractor truck in front.

Does your traffic still randomly disappear?

I dont know why Kjaye767 perfectly reasonable comment was flagged, he is quite right, the traffic does need to be improved, its basic behaviour is not at all realistic.

Does your traffic still randomly disappear?

I don’t think the behaviour of the traffic has been altered in any way.

On the video posted about it, it shows it dissapearing so I’m assuming it’s using the same logic (as mentioned above) and the models are just replaced or added.

Thanks man, I got an automatic warning which seems a bit over zealous, given that my comment is directly related to global vehicle traffic behaviour. Perhaps the web hosting for this forum is based in Canada? I’ll withdraw all my existing Paypal balance just in case.

Only joking mods, just a bit of levity in these troubled times.

@Kjaye767,
Your post was hidden by mistake. It has been restored.

Just a reminder, do not post about flagged posts in the forum. If you have a question why your post was flagged; send a direct message to @moderators

For information on how flagging works, see:
https://forums.flightsimulator.com/t/how-and-when-to-flag-a-post/487142

Now, let’s get back on-topic.

Uhh, well If I had not posted about the flagged post would the mistake have been noticed and rectified? Surely its sensible for us to mention a perfectly innocent post that gets flagged?

I purchased this (Xbox) and it’s one of those little add ons that make the sim better. I have yet to see a car pulling a trailer, so that could be a nice addition. As well, maybe a few more colours of vehicles just to spice it up.

I still wish that Asobo would fix the A.I. traffic as we still have vehicles flying in the air, driving in wrong lanes and stopping and going back in the opposite direction. Just a few little tweaks would really help.

I’ve had this addon since the end of last month. Its ver. 1.02. I’m on an XBOX Series X. I see absolutely no traffic anywhere… Interstates are empty. What am I doing wrong? Are there general settings I need to change like in Data? I’m up-to-date on the MSFS2020. I’ve tried different areas of the country ie; Miami and nothing shows. Don’t really think that uninstalling the game and then reinstalling will make a difference. Other traffic addon’s like Global Shipping worked right from the get go.

It’s definitely worth resetting your Cache and restarting the sim with anything scenery related. I have noticed some spots seem quiet but it’s possible they were always like that anyway. This type of add on doesn’t set out to necessarily change the volumes of traffic, it just changes the models.

Fiddle with your traffic slider options couldn’t hurt either. Maybe you have it set way low or off even.

Thanks for responding RandyFlagg! I always do the reset of my cache whenever adding an addon. I played with the slider for vehicle traffic as you suggested. I had this set to the default off 100. I tried 0 and same results. I then tried 10. Yup made a difference. Got out of sim and back in to see if it was a fluke. Nope still worked. Increased slider to 20 and now have it at 35. Will play with it some more later today. Happy camper though! Thanks for your help!

Guys, save your money for something else.
This “addon” is not much more than a simple reskin.

It does not change the broken AI behavior like:
-driving outside roads
-randomly spawn/despawn
-weird behavior of all kinds
-spawn distance - traffic spawns just when you are on top of them
-empty streets

I got it and immediately uninstalled. It was horrible in VR. No cars, just miles and miles of trucks on every road. For some reason DHL had taken over the world, their distinctive yellow delivery vans now forming endless convoys on motorways, major roads and even down country lanes. It was a relief to go back to the default.