Hello guys…
Since the last patch my live traffic doesn‘t work anymore, did someone noticed the same?
I am connected too the Internet an have the traffic activated in the sim.

It depends, do you have any mods installed? I find that Live traffic is a lottery. If you’re lucky, the sim receives the necessary complete data that it can use to render them.

Otherwise, it might either be unlucky that the flight data can’t get downloaded. Or you have some inconsistency between the data and what the sim needs to render them.

an have the traffic activated in the sim.

There are 3 places that can disable this:

Also when you zoom into a major airport and click on live activity details, if MUST NOT say ‘Server offline’ (in red). If it says that, check your settings again.

Also when you zoom into a major airport and click on live activity details, if MUST NOT say ‘Server offline’ (in red). If it says that, check your settings again.

While I never get that message in my live activity details… I also never see anything in that list. Hahahah.

Two days ago, I did wait in queue for my take off at KLAS for almost 15 minutes, dozen landings and go around until I got my chance for take off! Busy with real air traffic from Alaska, American, Delta, Frontier, Spirit.

I think that’s the trend. US gets a lot more data, resulting in busy airports like these.
You do to South East Asia. and you’re lucky to get 1 or 2 live traffic. Hahaha.

I’ve noticed, the us and europe are very busy. Anywhere else, moot. Waiting patiently for the third party live traffic.

I’ve flown all around the UK over the last few days, not seen or heard as much as one other aircraft.

Yep, been flying round the updated UK. Got AI traffic set to 100%. No traffic at all, none at airports, no ATC chatter except for me. This due to the update? Not flown the Uk previously.

What did you expect to happen?

Yes. Zendesk ticket #96638 (since erroneously marked as solved by the support team).

As per testing and feedback in my earlier bug report, this issue is still present today (15/03/21) and I would be grateful if it were not to be marked as solved without a little further clarification / explanation please.

Given that @OlieTsubasa marked by previous bug report as solved, could you confirm:

Firstly, that this AI traffic data-feed limit / throttling is intended by design?

As you are no doubt aware, I and many others have invested a lot of time (perhaps unwisely) in developing AI models and liveries, and now the ability to see those things in-game is much more limited than it was before. So I would appreciate it if you could provide some further information rather than simply marking this report as solved.

Also not seeing any live traffic. Same as the OP. No mods, everything correctly enabled, etc. No live traffic to be seen.

Before Update 3, some airports such as KATL, KLAX, KLAS… were super busy, it took a while (very long) for me to get clearance for take off. Now are like dead airports!

Atlanta is dead as 4 o’clock, (in the morning or afternoon…you pick)
BobM.

No traffic at all in the US.
From Spain.

I have also noticed a considerable drop in live AI traffic since the SimUpdate #3.
Voted +1

They promised to give us more real traffic, now there is less. To be specific this happened after the real traffic was down for a day.

Basically, some airports have only planes landing, and others only taking off. So basically the number have been cut in half , sometimes more, since you only only get one or the other.

Not sure why it’s taking ASOBO long to fix. It’s a server issue. They don’t need to make an update for us to download to fix this. Truth is it worked fine after the update, the first 24 hours, and then server went down for 24 hours. This problem is since then.

I also have little live AI.

Frankfurt, Paris and London look like regional airports (a shame).

No live traffic at all in-game today.

Same error message in the console: 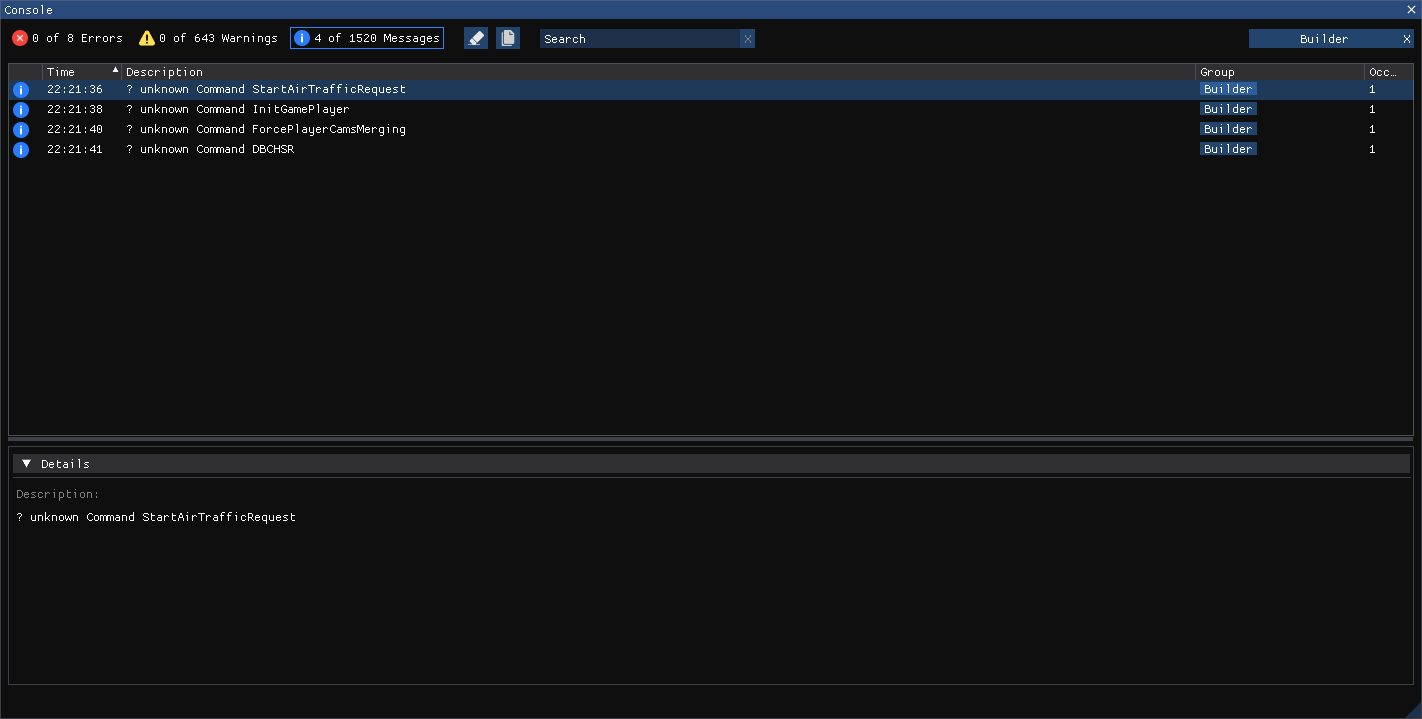 Same thing happens on every server.