Unfortunately SU10 offers no fix for this for me. Same symptoms: pressure and winds are accurate, but no clouds are drawn where they are in the real world. I am on a PC, all stock, no mods, not in dev mode, live weather set to ON, no data limits, no slow internet issues, etc.

Is there any response from the developers on this that I am missing? I have not seen this logged as feedback or a confirmed bug.

Corresponding bug thread is feedback-logged but until it is moved to bug-logged I don’t see any fix coming. Live weather stops injecting after a certain duration flown / certain time flown

I have also lost clouds since SU10. A bit ridiculous, always something is broken with the updates. With SU9 never had a problem with live weather and clouds were always shown reasonably accurately. Now with SU10 pressure and winds are accurate but no clouds at all. Please will the developers issue an urgent patch to fix this.

This has only worked occasionally with me. Other times, it just loads the winds, pressure, and maybe some haze, but no clouds.

Unfortunately this problem has been around with me for the past few updates. I have posted on the forums about it and opened at least two tickets with them about it. I’m hopeful that eventually they’ll come up with a fix.

Exactly the same problem on my side! No clouds but sometimes wind and the right QNH and it makes no different which country I try

@tjgilbert1 I have had the exact same issue for months as well a few updates ago. I’ve searched endlessly for answers and nothing works.
I used REX for a bit out of desperation but didn’t Like it. I am currently doing a semi-full re-install hoping this fixes the issue.

Thanks a lot ! I was looking for the solution for “no clouds” and it’s definitely the Dev mode !

Yep, I’m in the same boat as you but I’m being very conservative/delicate in using any remedies. I am not uninstalling, repairing, etc. Just hoping that eventually the issue will be addressed, as I prefer to use the default live weather instead of Rex.

No matter where I fly i dont have any clouds …i tried different airports in europe and the US…especially airports where clouds are in real live but i only have blue skies…
Live Weather is On and switch to LIve in the SIM…any idea what else I can try?
Thx

This is incredibly frustrating and I wish this could be addressed. I have been experiencing this issue fairly consistently for a little over a month now. Can’t seem to figure out a reliable workaround either…

Alos make sure Developer mode is off.

Not seeing any clouds at the moment after 1.5 hr flight into KJFK. While it is raining there… and satellite images show a cloud layer. METAR is reading correctly. I had clouds when taking off from the Bahama’s. Never experienced this before!

Like some others have mentionned, guess it depends where you are flying. Did a Brussels → Dublin yesterday in the A32NX and the clouds and wind where absolutely fantastic. The new Metar feature and ground haze is spectacular. A big thanks to Asobo on this update!

Yep, same here. This bug is around for me since many months and depends on location. I encouter it usually from Vermont to Florida and Carrebeans. It was clear sky over New-York in the flight bellow. Usually it is just the clouds that are missing. There is some haze but not the thick cloud and rain I though I would see bellow. Got same issue in China and Eastern Quebec and Newfoundland.
South of Atlantic city: 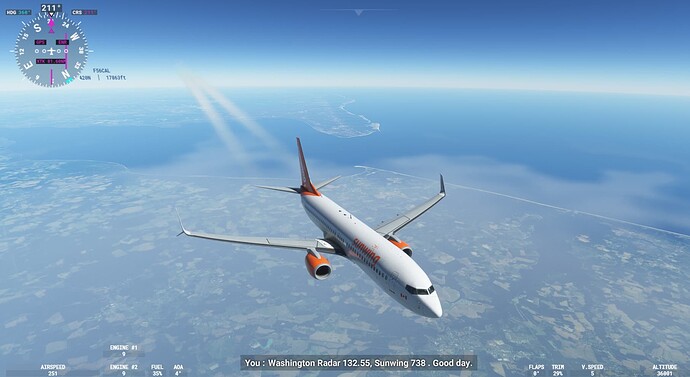 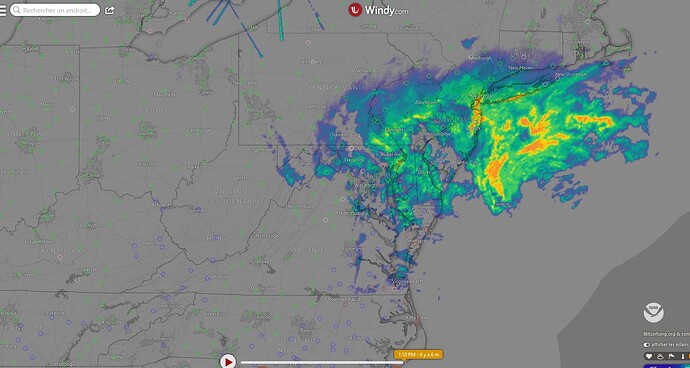 I wonder why we can’t vote on this thread. Is it because it’s not in the bugs section of the forums?

Correct, you cannot vote in that specific forum. You should vote for that thread in the Bug forum Live weather stops injecting after a certain duration flown / certain time flown that is reporting the issue and that is already feedback-logged. This issue is not only happening after a certain time of flight but can also happen right after you start a new flight as many users reported. Some workarounds exist but they not always work, so we really need the devs to start looking for the root cause.

No live weather or traffic right now. I show online but MSFS won’t let me select realtime weather and traffic. anyone else?