DegxI reported it is still happening in SU10 Beta: Clear skies after long haul
And nothing indicates in the Release notes that a fix comes.

Yeah, it still happening all the time…

I managed to upgrade my laptop’s RAM from 16 GB to 64 GB—I would have thought that upgrading RAM capacity would mitigate the issue, but the issue still persists! During one of my long-haul flights, clouds stopped injecting after travelling 1200 nautical miles away from the origin airport. 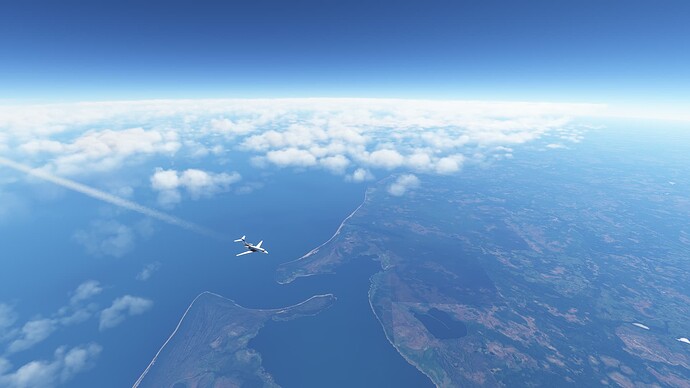 My memory usage was well below the capacity, about 40 GBs free at the time. I will be ruling out low memory for my case, so that would leave world tile-loading speed as a possible factor.

Sad to hear that this issue is not fixed in SU10.

Seriously Asobo, hurry up and acknowledge this as a legitimate bug instead of just “feedback logged”.
It’s such an immersion killer and makes me want to stop simming altogether. 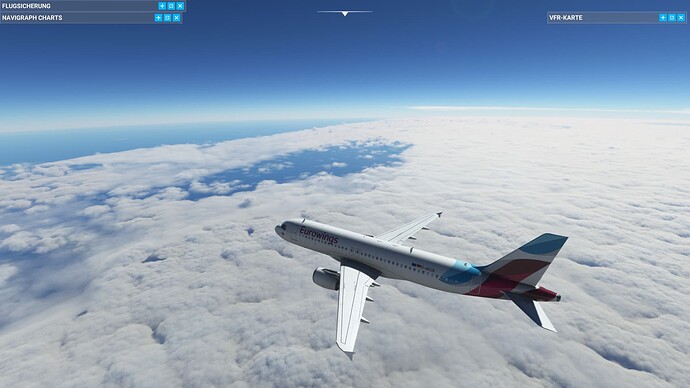 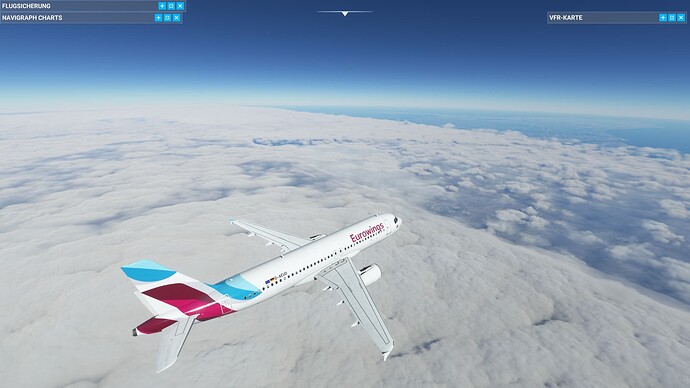 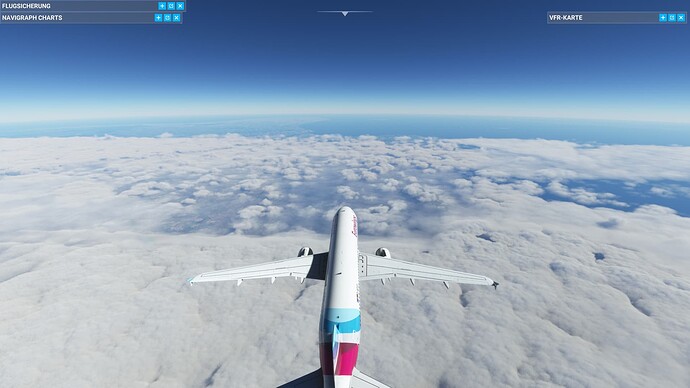 Will this ever been fixed?

BTW: The weather seems to be completely frozen at this point. Actually there should be light wind conditions when landing at ESGG (METAR said 9 kts but ATC said it be calm), in fact it was between 20 and 30 kts during landing.

What kind of mess is that?

For me it now seems that rather than just suddenly stopping, the clouds gradually fade out into nothing during my fight, but I think it could be location based because if I fly over the same place on different days, there are no clouds regardless of how it it supposed to be, but in other places the weather is more reliable. This just seems to be me though as everyone else just has the wall of cloud. Oh well I really hope this is fixed because if your supposed to be doing a landing coming in from the clouds where you can’t really see much until a couple of hundred feet, but in the game it’s just clear skies, it completely takes away from the realism and fun of the game. WHY don’t they just LISTEN to us and ACKNOWLEDGE that it is DESTROYING the game for so many people??

Yes I have noticed the same pattern. I believe it is related to time

I am seeing the same thing no clouds but the rest of the weather ie wind, temperature, pressure is all correct.

It’s sad we have so many issues in weather since su7 got released when we had an amazing weather pre su7.

SIGH … what a misery

ENBO should be cloudy according real weather 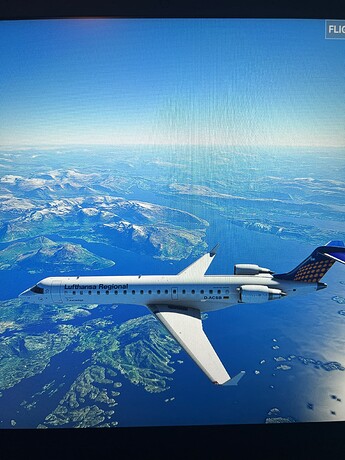 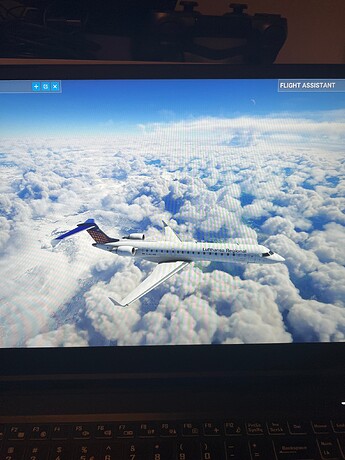 little question, can the fact of not having a big internet connection be a problem for getting the real weather?

thank you for your answer it’s weird but since I moved and I changed the speed of internet connections from fiber to adsl the real weather is not at all the same the formation of clouds n is no longer the same. Unless it comes from somewhere else, but I don’t know where it can come from.

Na … internet speed should not matter in formations or how clouds look i THINK. It can influence scenery though.

A metar report is sent through internet … that is data ( smal ) creating the clouds on your computer.

And another one right now. Had this 3 times in the last 4 days. Its not possible to do a long haul at the moment =( 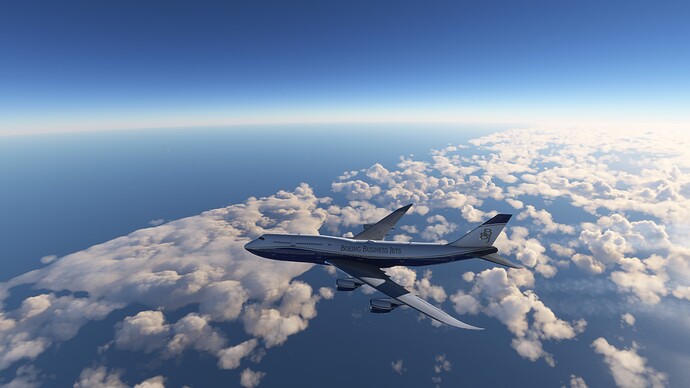 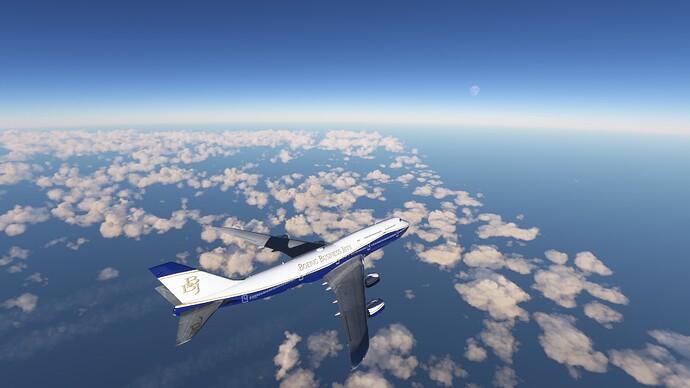 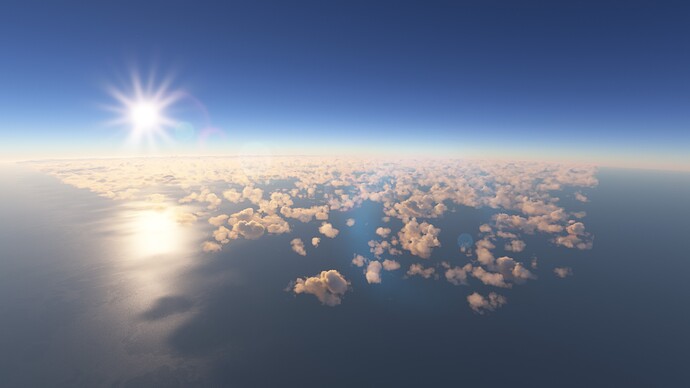 You can see the corner of the weather tile.

Note: I also tested another PC with a fresh install and no addons in another location and still got this bug. Its definetly a server/data issue.

It’s so weird - a couple of weeks ago I was getting this issue constantly, couldn’t even complete a 75 minute flight without the clouds stopping. Lately however it’s been fine with no issues - last night I even did a 3 hour flight and had clouds all the way. So strange.

This is why it would be nice if Asobo could open their SDK so we can get Active Sky. At least fix the live weather outages, that would be nice.