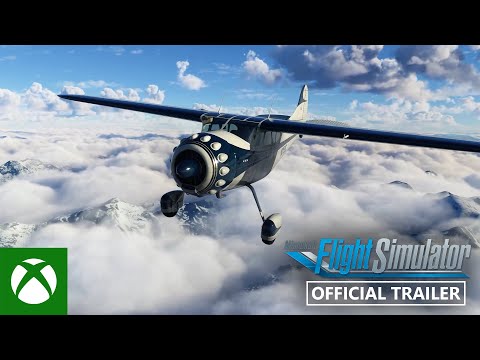 Please use this thread to post your impressions and feedback about the Cessna 195 Businessliner, available now from the in-sim Marketplace for USD $14.99. You can read more about the history of this plane in our feature editorial here .

Beautiful inside and out as I expect from Carenado.

Engine sound is surprisingly muted inside the cockpit but this was a “luxury” aircraft for its day so maybe it’s just that soundproof in real life.

Haven’t seen any documentation included, which is a frequent disappointment with the LL and FF planes. I’m trying to find a scan of the military LC-126 manual somewhere online.

No float version is a big bummer, there was even a floatplane version of this made at the factory. I don’t understand why MS/Asobo’s interest in seaplane operations is so inconsistent.

Hard pass for me

Only last week I thought this may be the next aircraft released, given the previous releases of vintage (in a double sense) Carenado aircraft.
While I appreciated a pre- and a post-war solution for the same task (Staggerwing an V-tail Bonanza), I most likely will not buy this aircraft. However, there is one aspect which could sway my opinion:
Has this aircraft got an autopilot?
Thanks.

Thank you!
Given how the V-tail Bonanza with its autopilot is the perfect aircraft for me (and how I use this sim), there’s no need to buy this aircraft then.
If its files were not locked I would buy it.

Very special behaviour in the air

Not sure if that’s good or bad?

Handles nice in the air. Trims out very well.

I was able to purchase it through Steam. I bought it about 3.5 hours ago.

From my point of view it behaves very well.

It was mentioned in the last Dev Q&A that the Local Legend for Canada would be released for the 40th anniversary.

As they explained months ago, the Beaver was supposed to be the Canadian local legend but they decided to put it in the anniversary update instead and so this one ended up not being especially Canadian.

I hope we can discuss and appreciate the merits of this plane for what it is and not just harumph about arbitrary branding.

It’s a decent addon, but nothing special. I would have loved different panels, the one Carenado included is pretty uninspired. Googling Cessna 195 panel will show you how many interesting options they could have gone with.

Cessna's elegant station wagon of the sky Some say that the Cessna 195 arrived too late. The Beech Bonanza, although smaller than the 195, was introduced in 1947 with a modern tricycle gear, a flat engine, and a low wing.

What is purpose of tube/valve above pilot head in the wing that can be pushed or pulled?

Ooh, this looks fun! For anyone that has it, are you able to use the Asobo avatars? Just wanna double-check, since it’s Carenado

It uses the Asobo pilot avatars by default.

Thanks for letting me know!