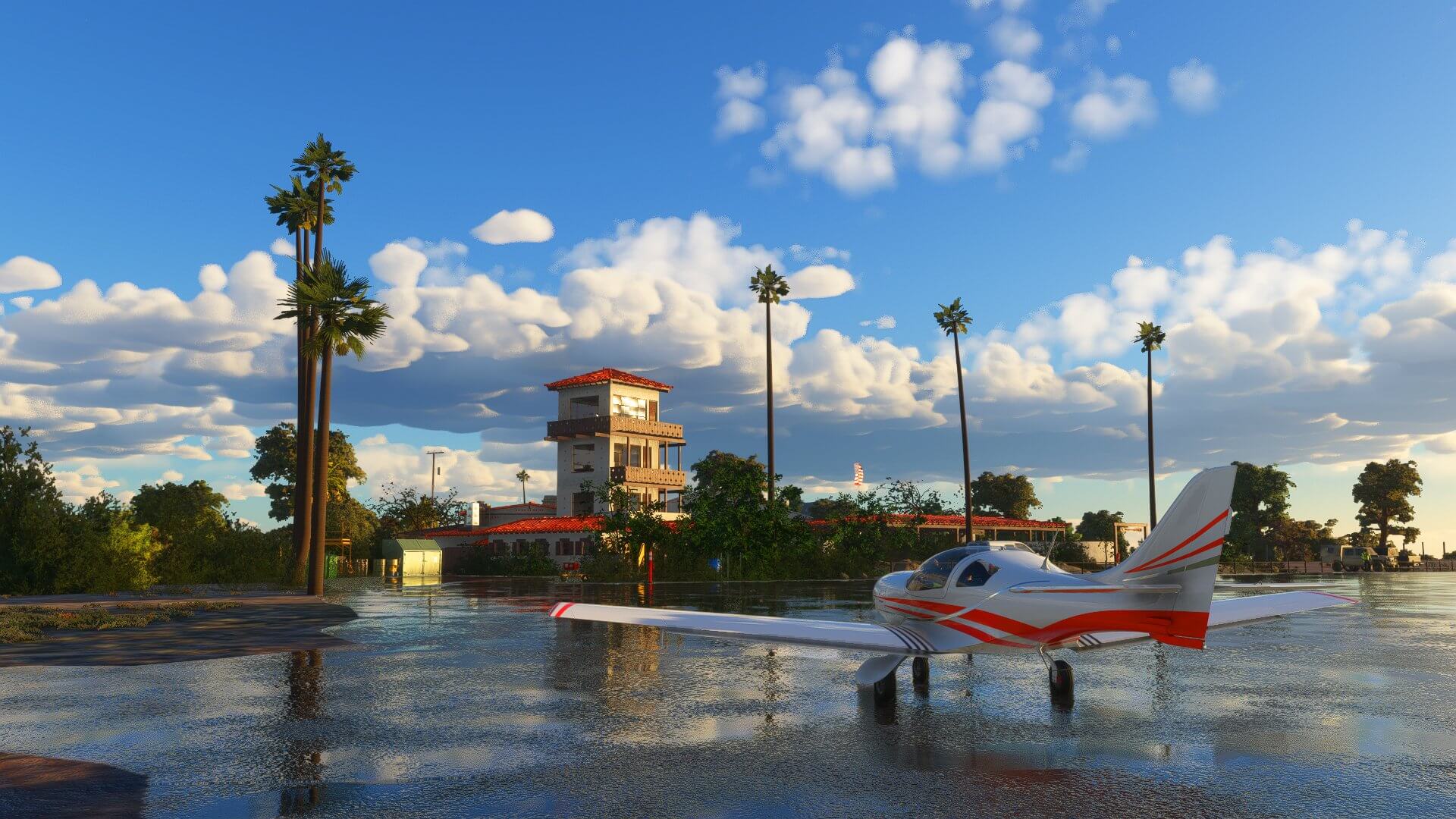 Get your maple syrup and poutine ready, because World Update XI: Canada is here! (We don’t recommend mixing them together, but we won’t tell you what to do.) This free add-on is available in the in-sim Maketplace, and the update brings with it 12 new photogrammetry cities, 87 hand-crafted points of interest, 5 hand crafted airports, and more! Further information and release notes for World Update XI can be found here.

Alongside WUXI, today we also released Local Legend VII: the Cessna 195 Businessliner! This classic-looking plane was the first all-aluminum aircraft developed by Cessna, and has been wonderfully recreated in Microsoft Flight Simulator by our friends at Carenado. It is available now in the in-sim Marketplace for USD $14.99. If you’d like to learn more about the Cessna 195 Businessliner, check out our article on the plane!

We hope you enjoy the new update, and we’d love to hear your feedback on it! You can leave your thoughts here for World Update XI: Canada, and here for the C195 Businessliner. 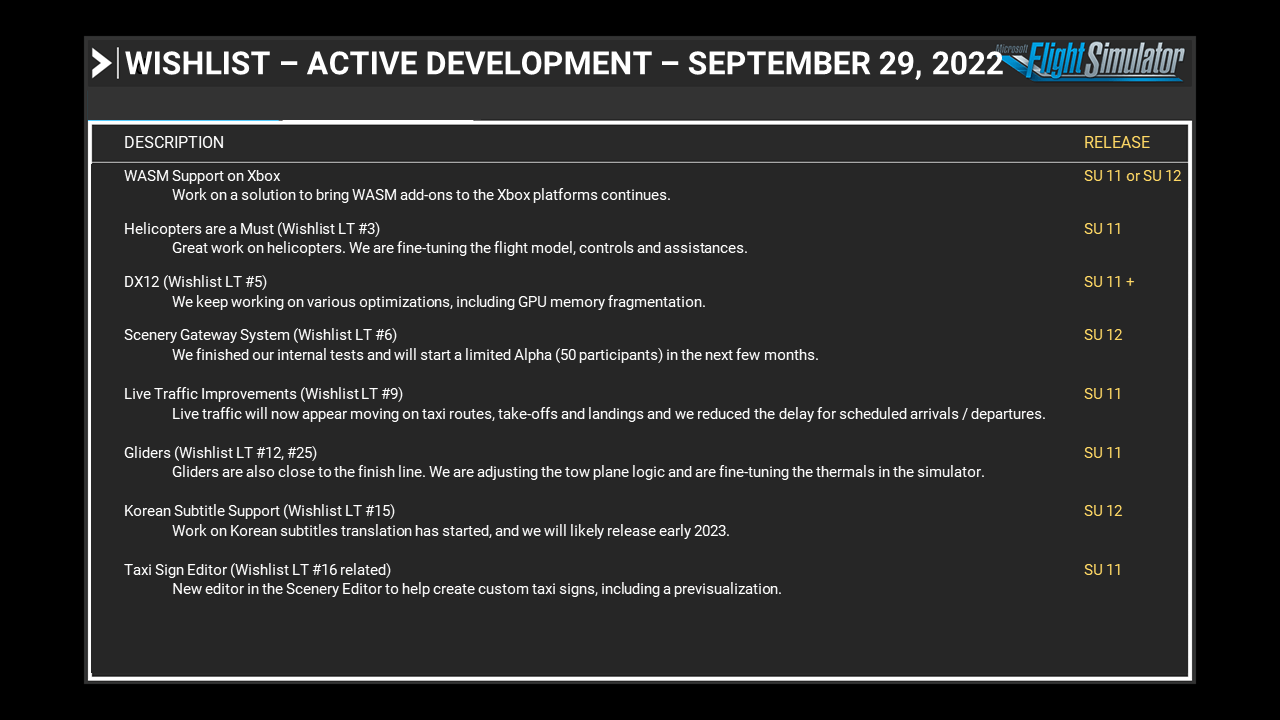 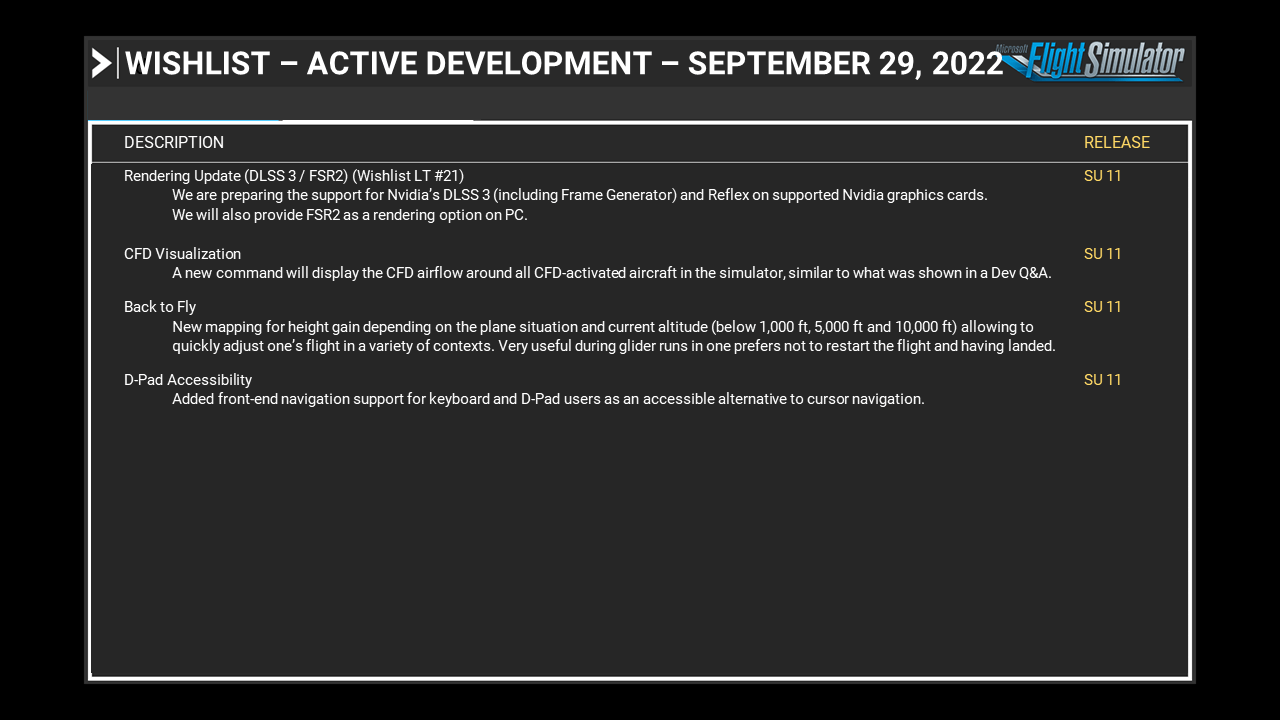 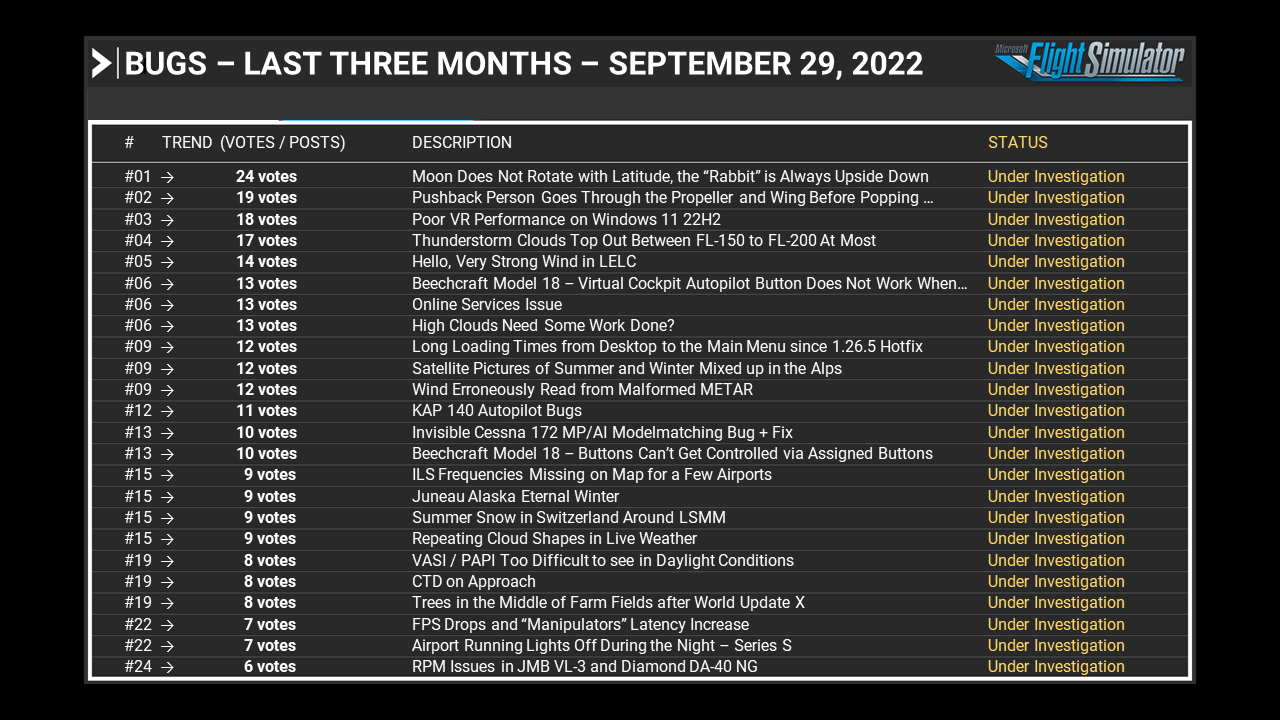 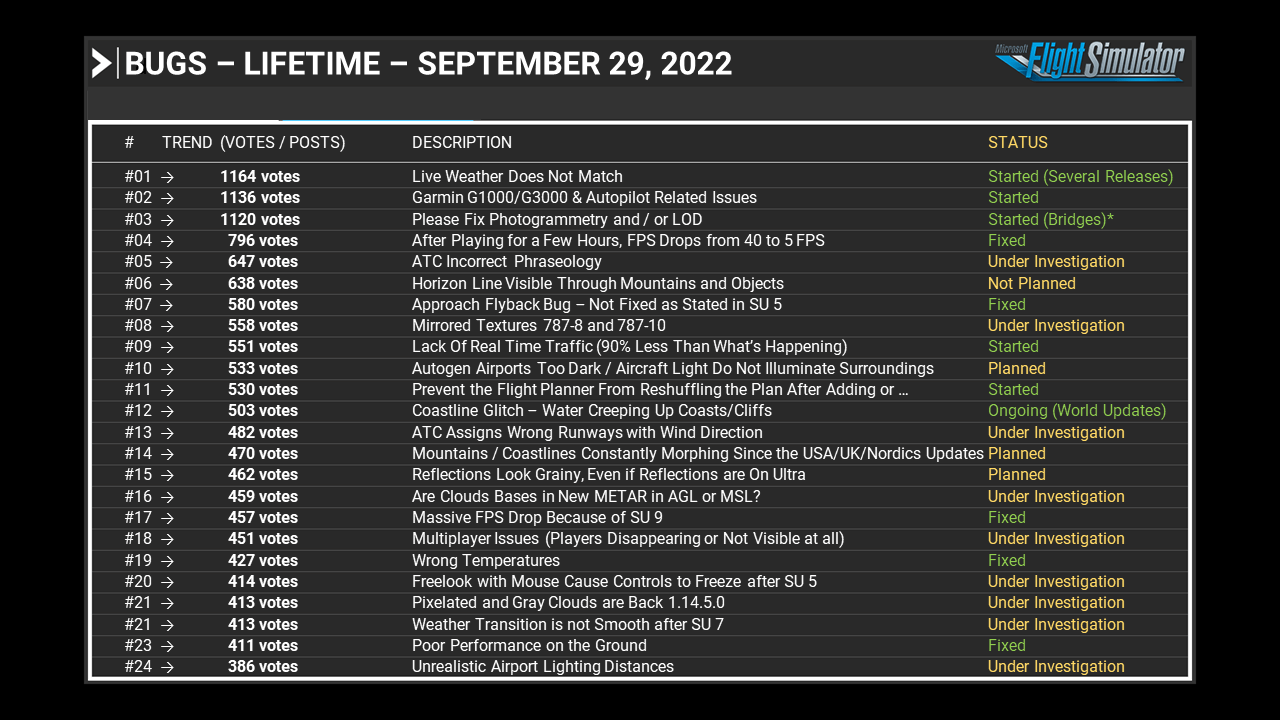 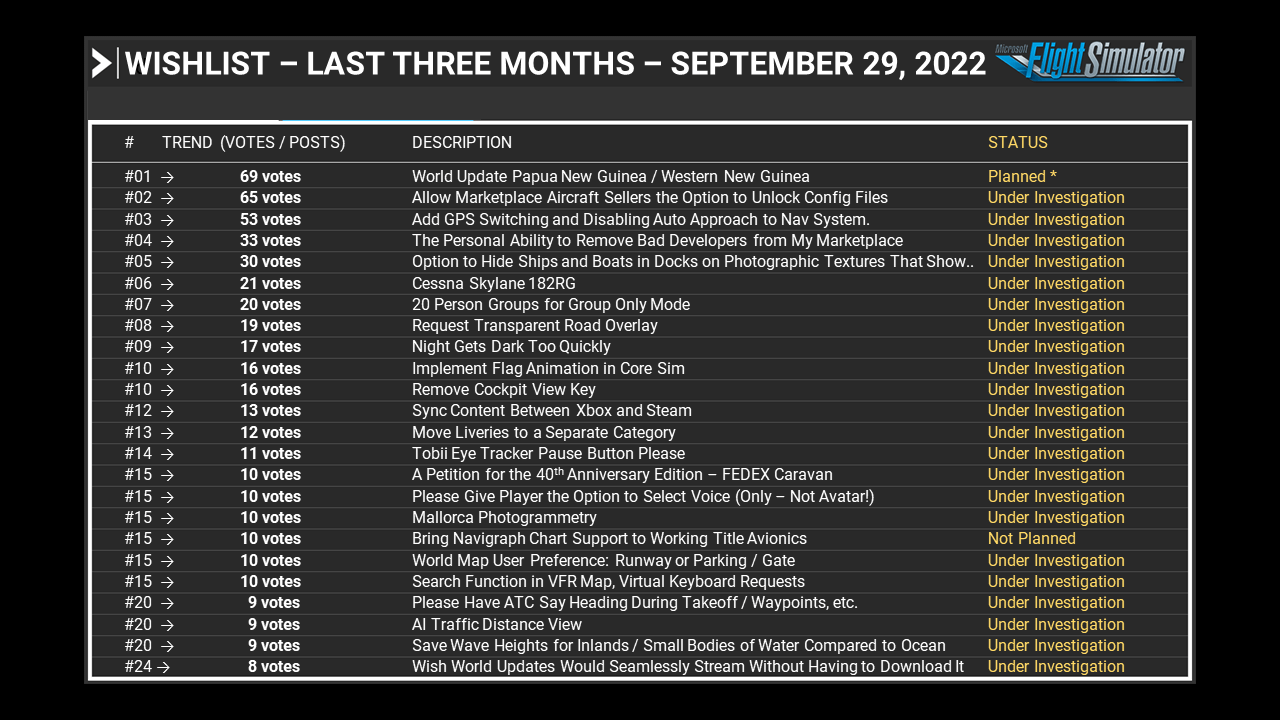 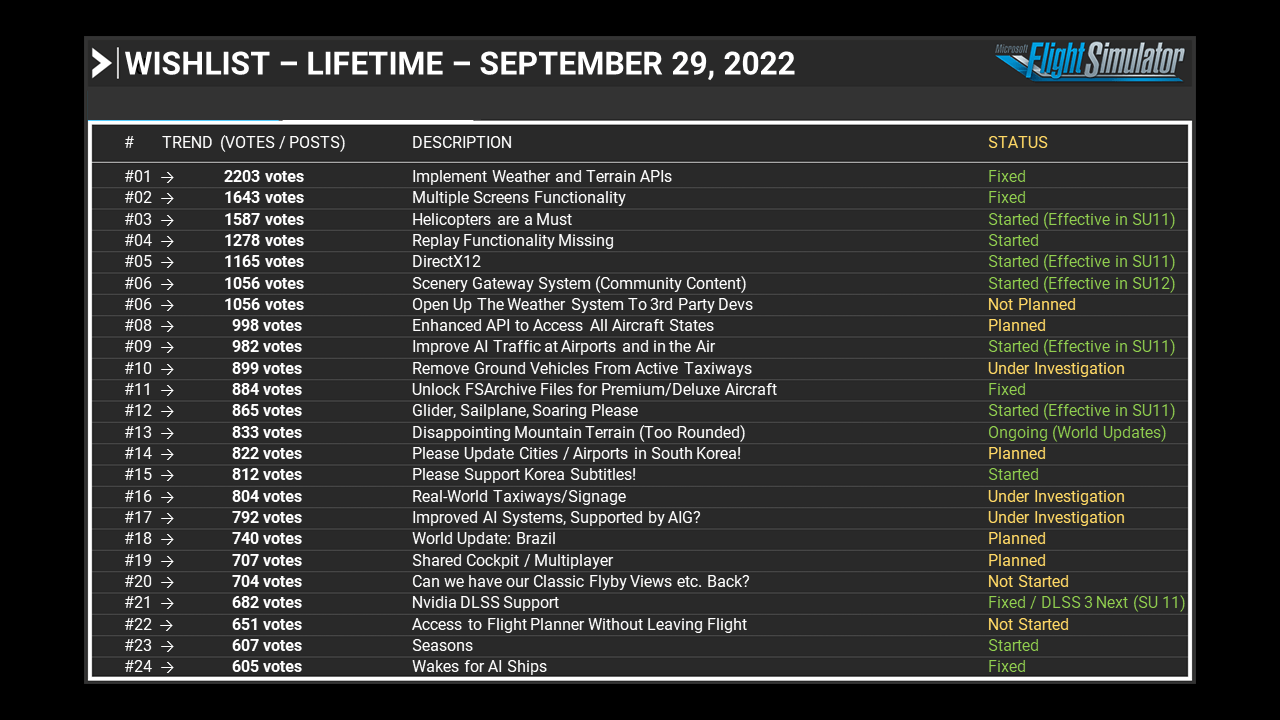 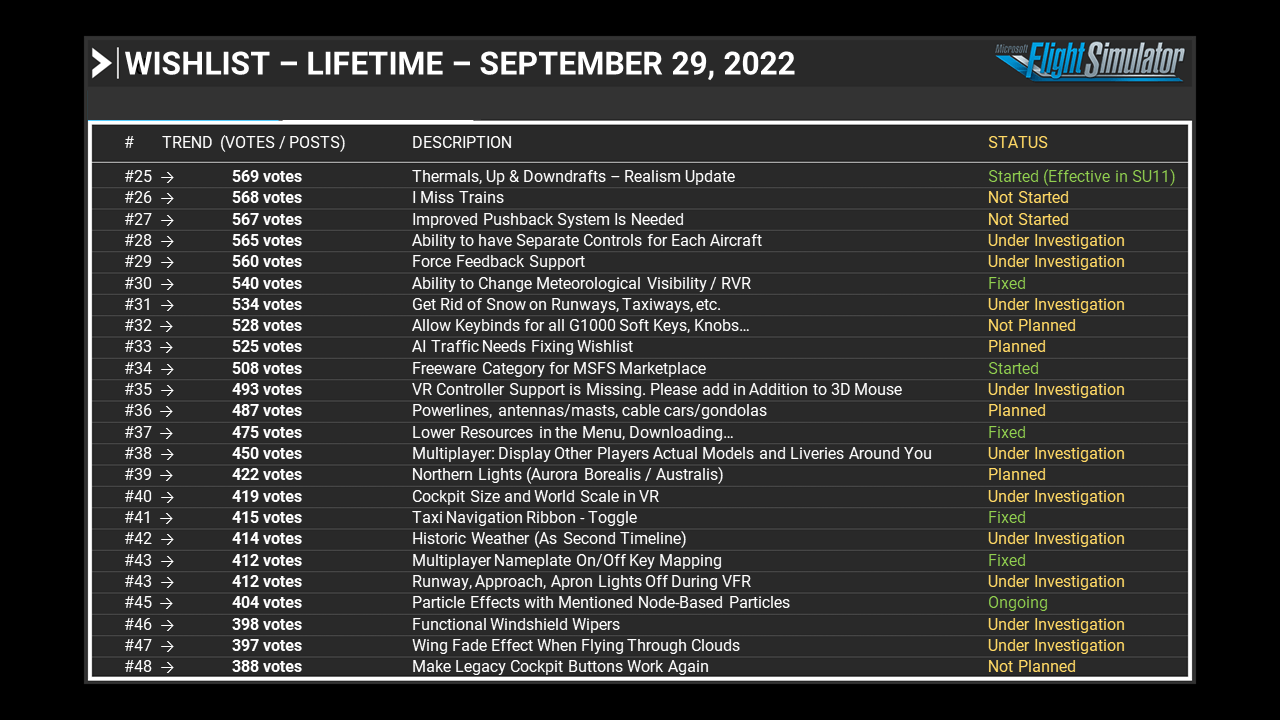 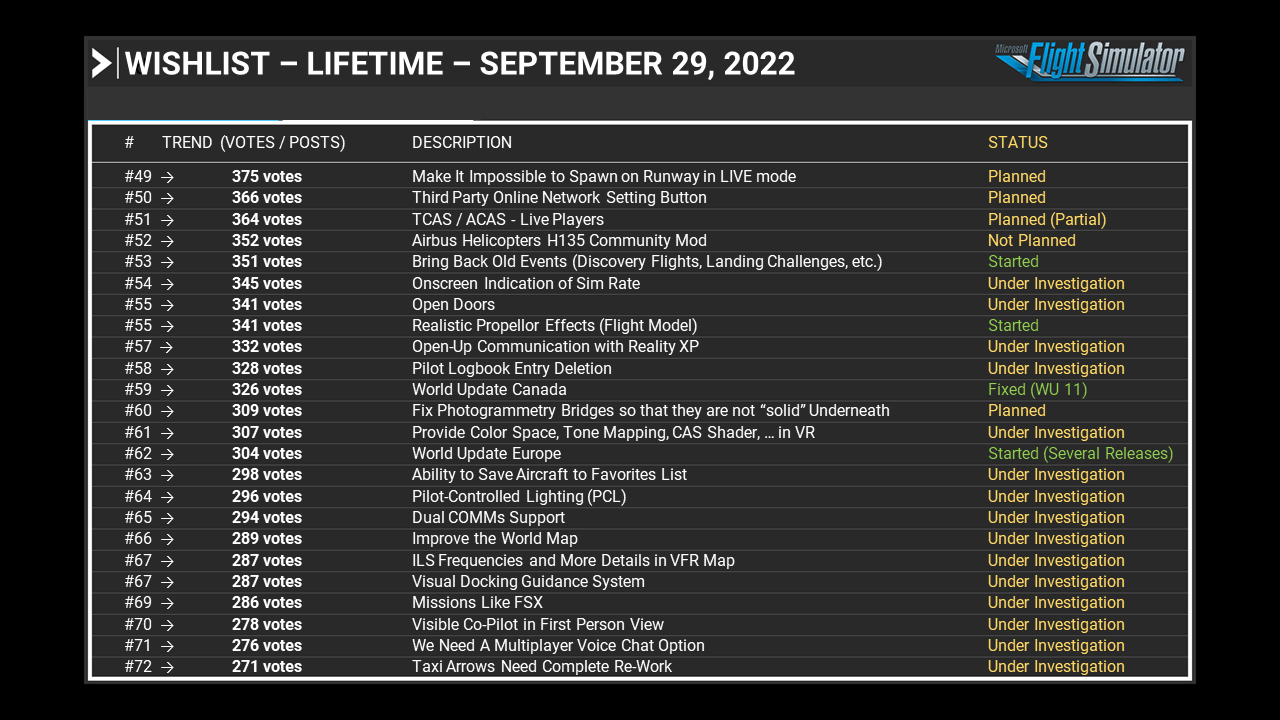 We have a Marketplace Sale going on to coincide with World Update XI: Canada! You can check it out here. 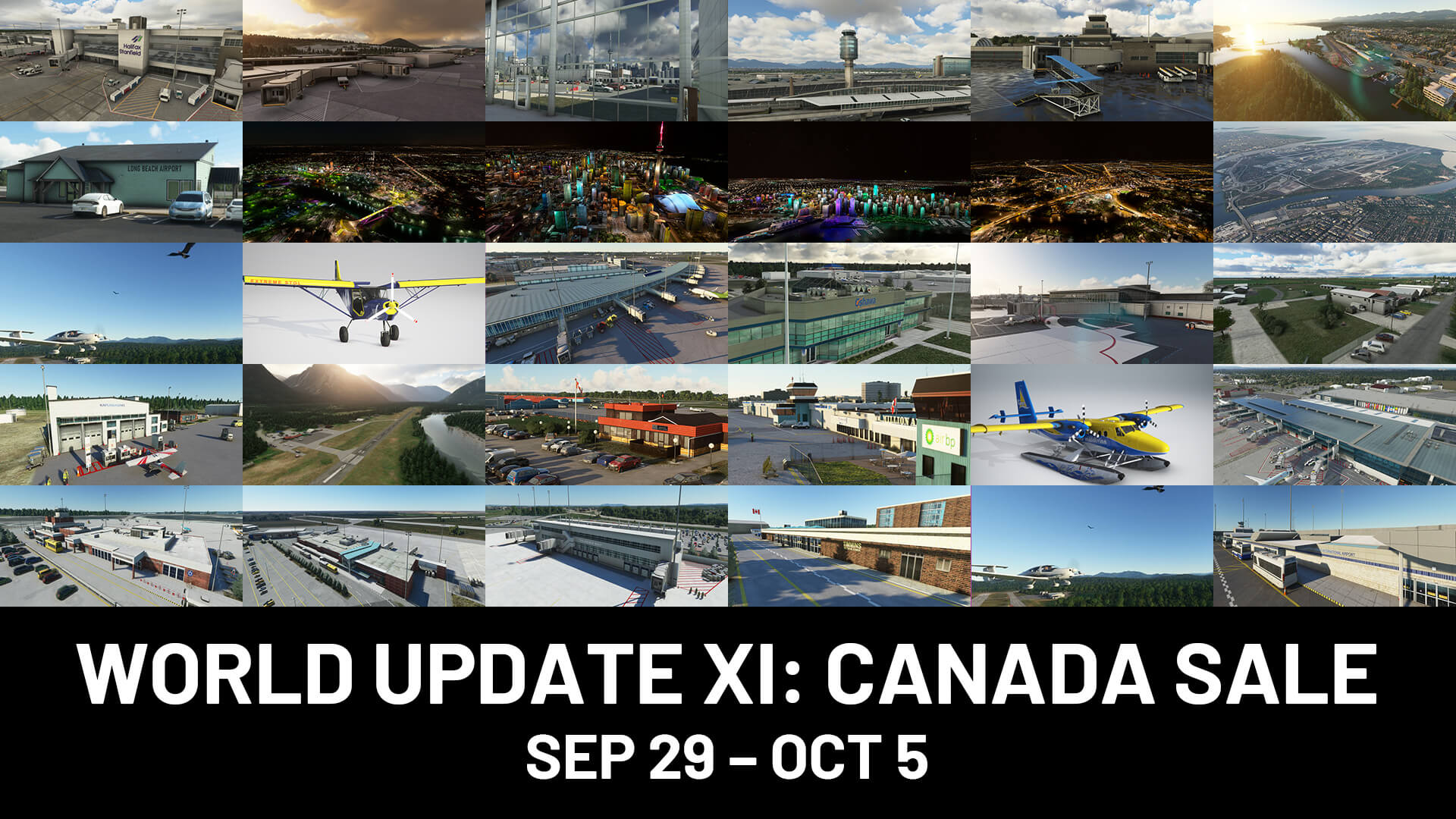 There are 22 new and 35 updated products in the Marketplace today. Marketplace updates generally go live on Thursdays between the release of this blog post and 5pm PT. 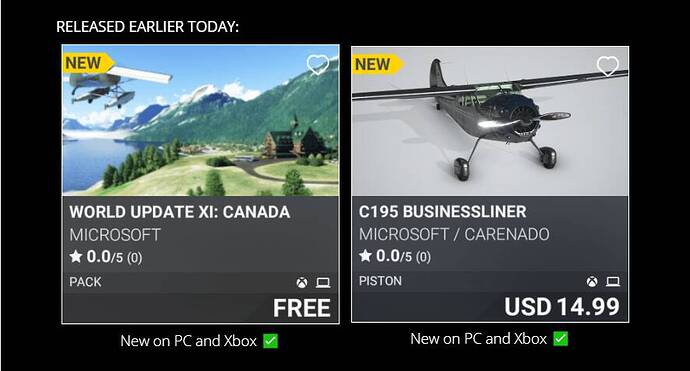 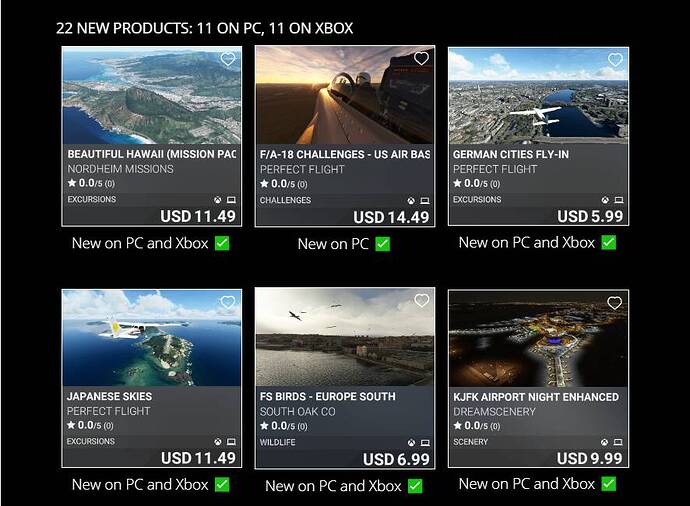 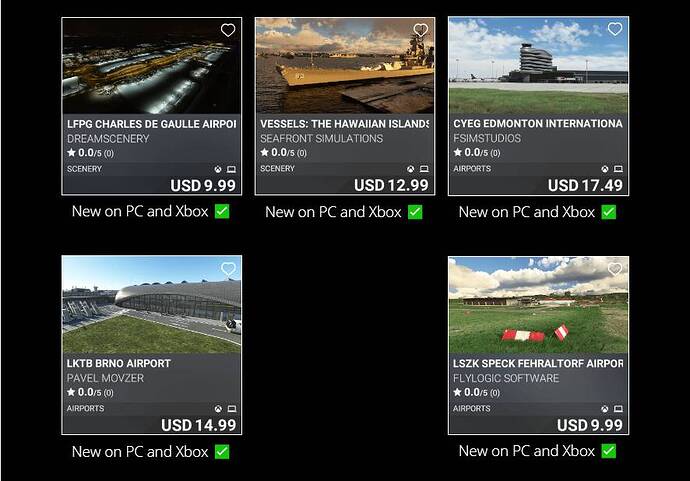 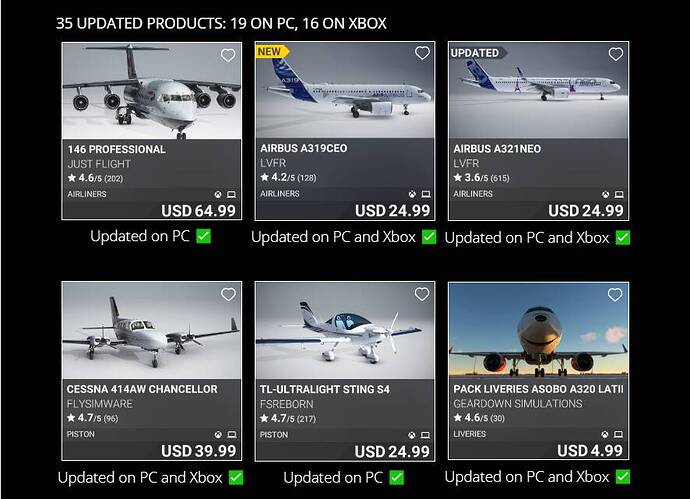 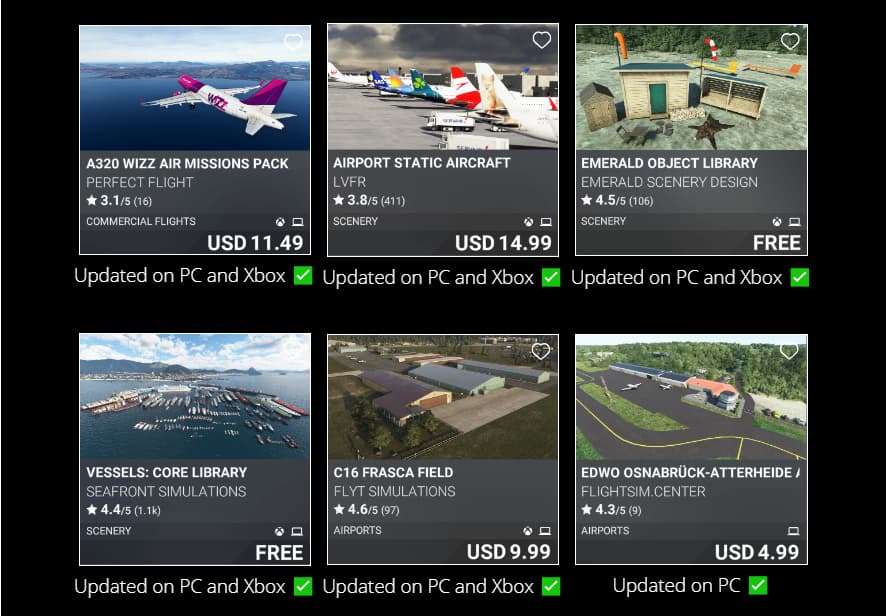 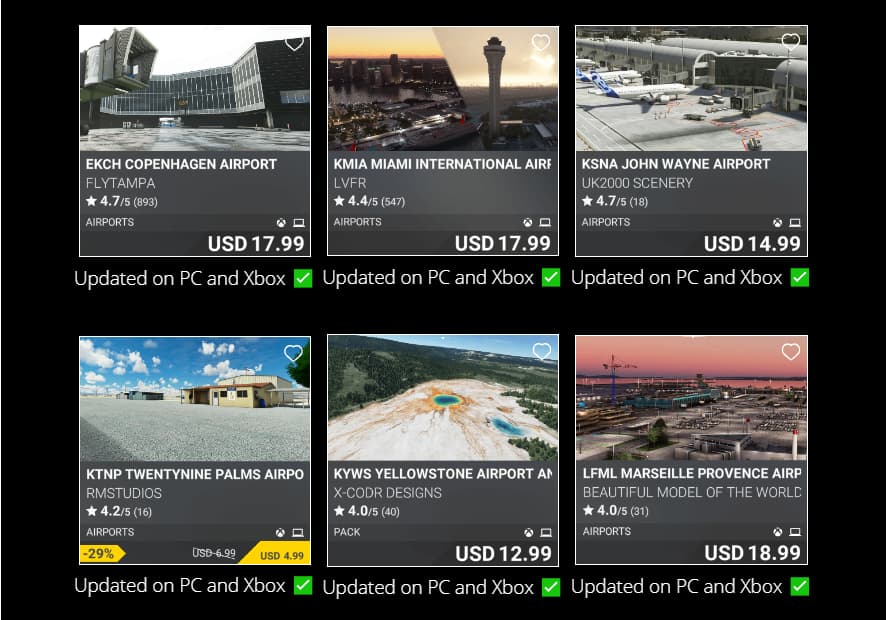 We stream weekly on twitch.tv/MSFSOfficial. Two pilots from Asobo Studio are currently participating in the Rallye Toulouse Saint-Louis, a celebration of the brave French aviators (including beloved author Antoine De Saint Exupéry) who pioneered airmail service between France, Morocco, and Senegal in the 1920s. The last stage of the flight, the return to Toulouse, coincides with our Community Fly-In. This week, our group will be completing a portion of the final stage, crossing the Pyrenees Mountains between Spain and France. 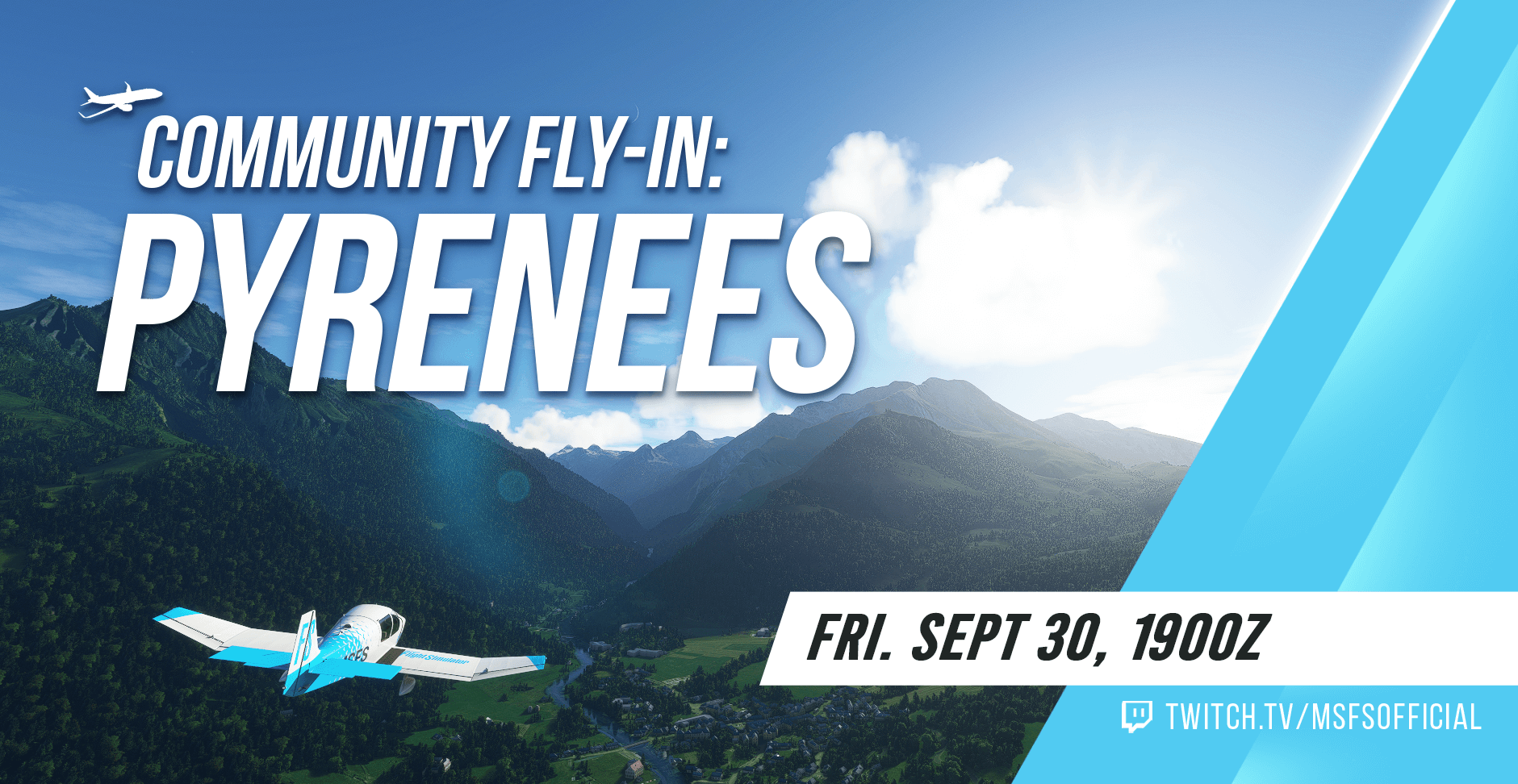 Hurricane Ian is currently making landfall in Florida, and the team here at Microsoft Flight Simulator share our most heartfelt sympathies to anyone directly affected. For those not in the hurricane’s path, however, this moment presents an opportunity to engage in virtual storm chasing from the safety of your home. In the video below, YouTuber ObsidianAnt flies over Hurricane Ian in Microsoft Flight Simulator with Live Weather enabled. Seeing the storm from this perspective gives simmers a unique view into the awe-inspiring power of nature. 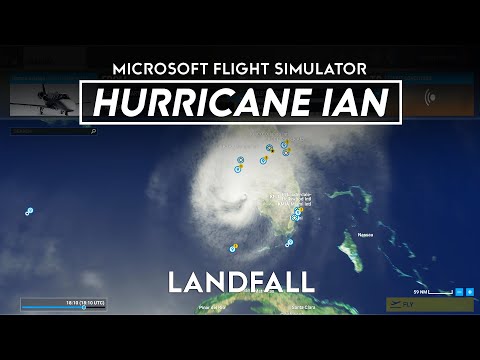 You can submit your screenshot via Twitter with #MSFSchallenge or the Weekly Forum Post ! This week’s screenshot challenge: O Canada, eh?

This past week our Screenshot Challenge was “Take a Break”. 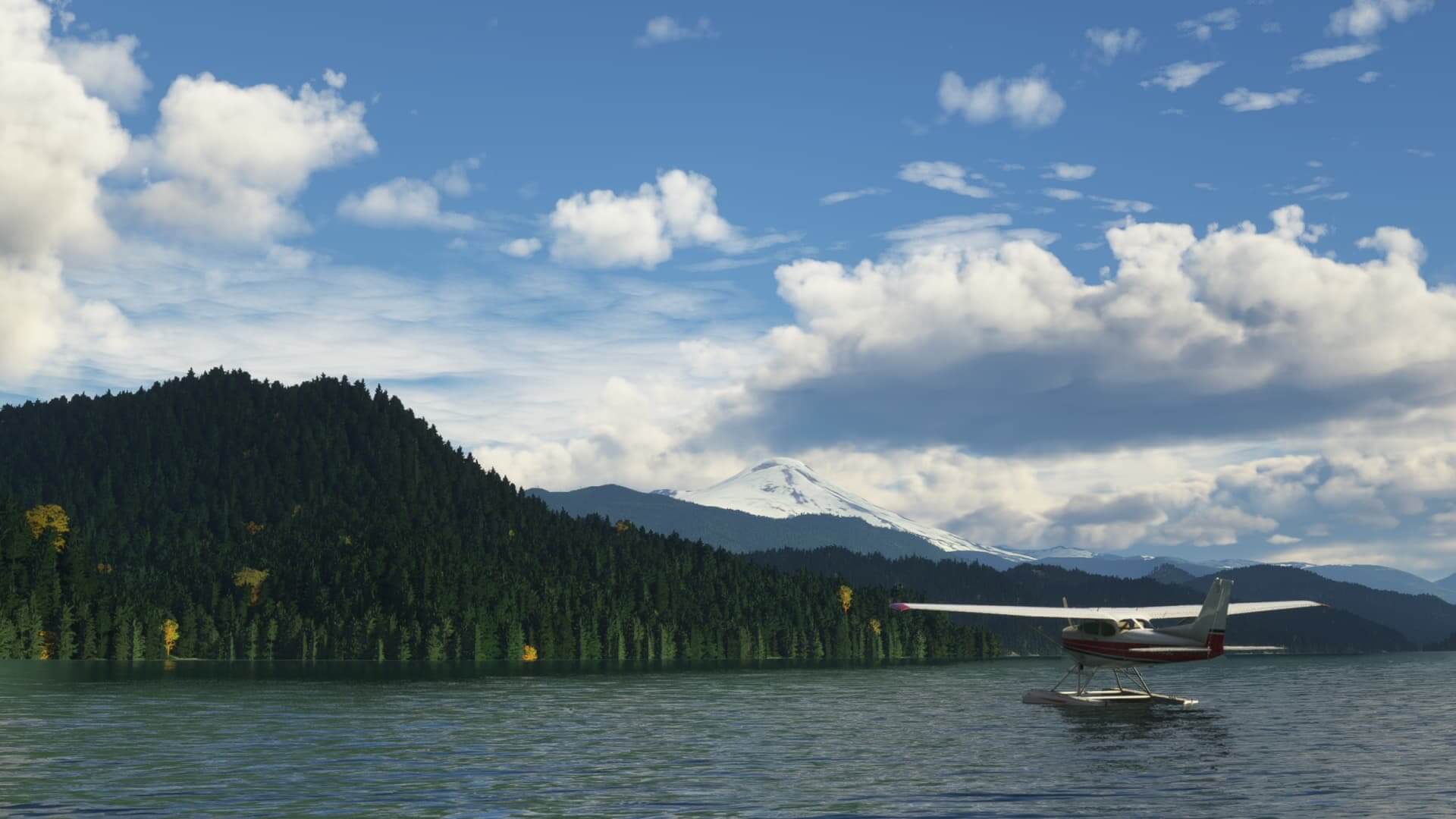 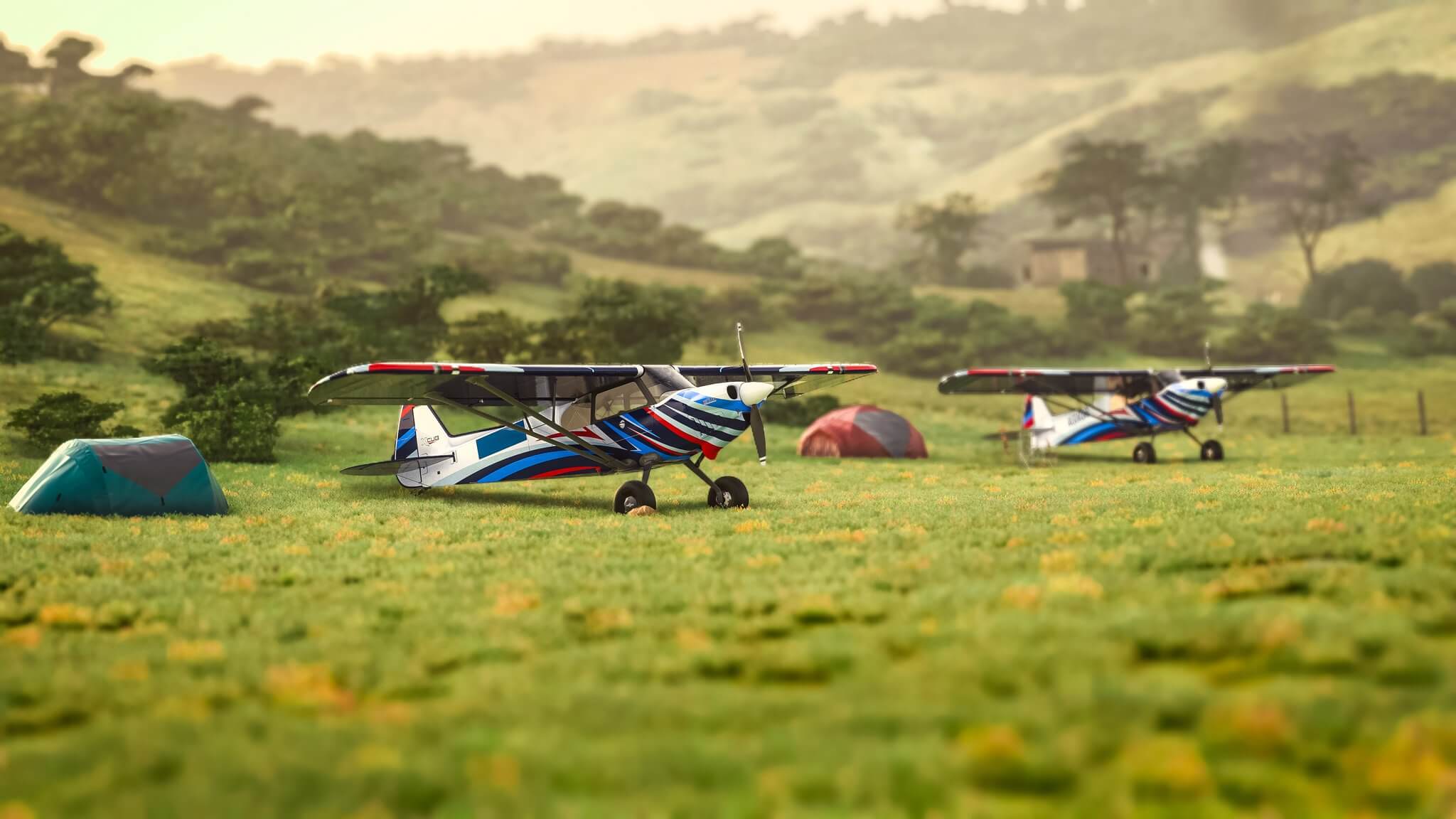 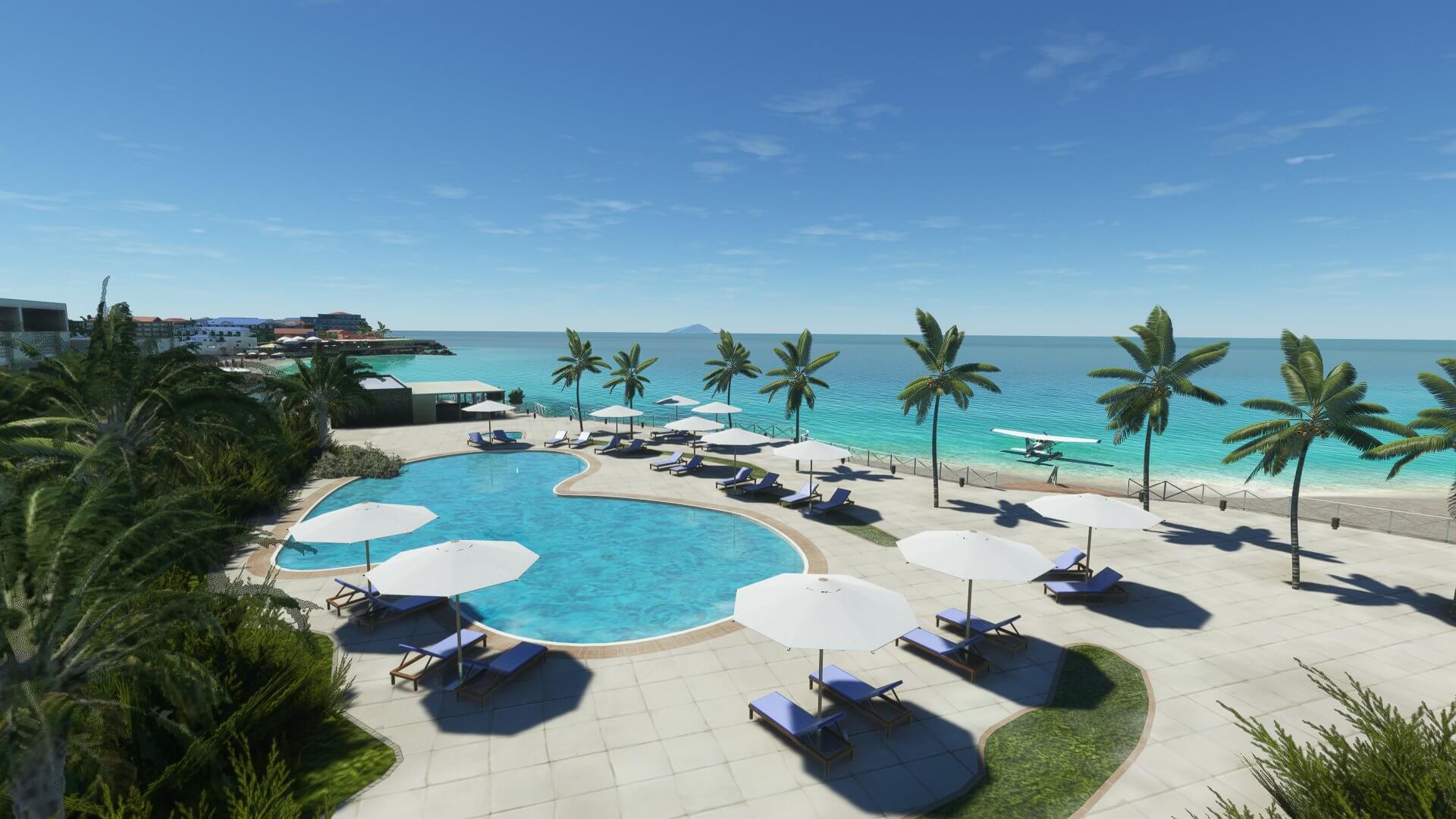 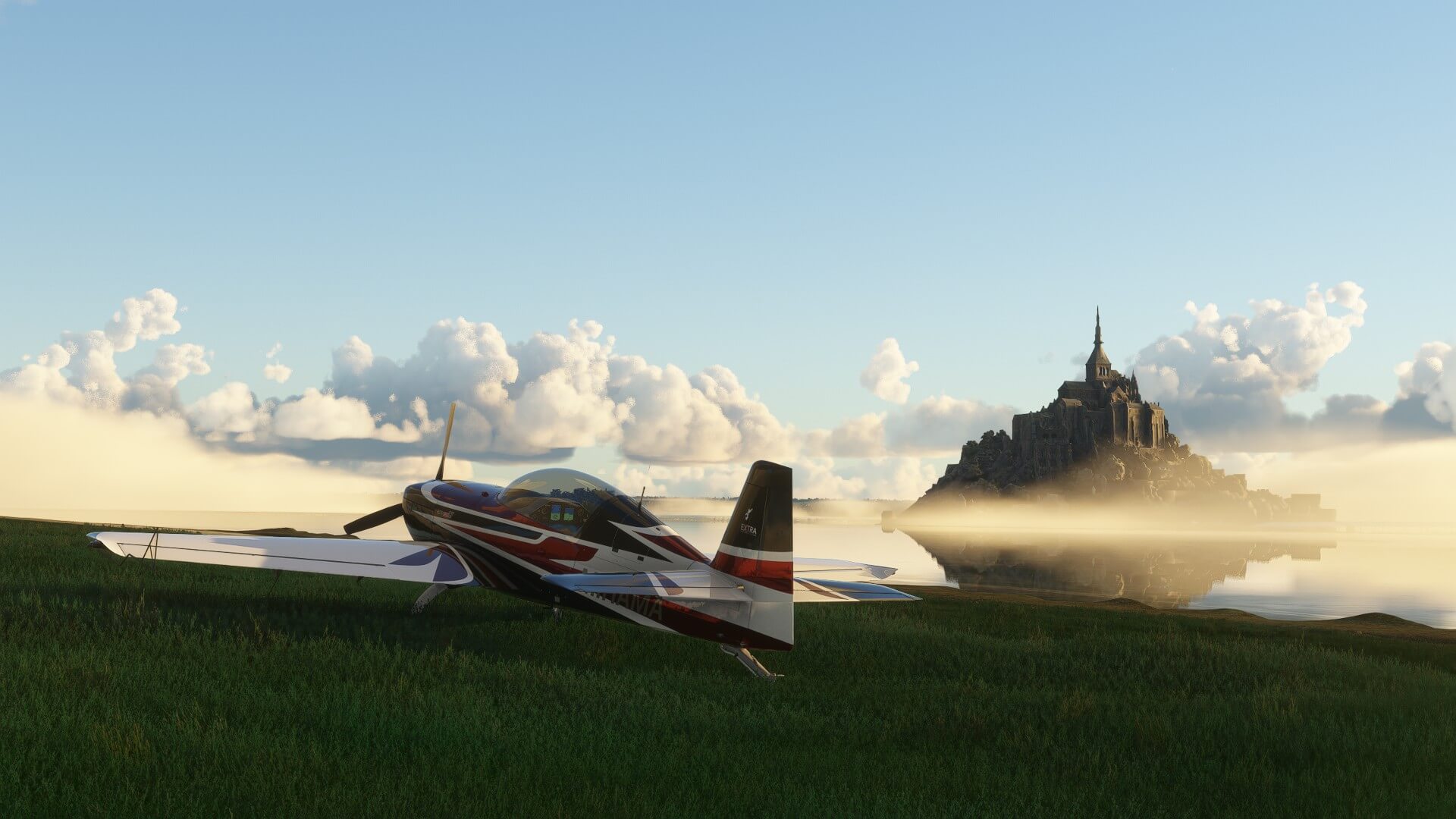 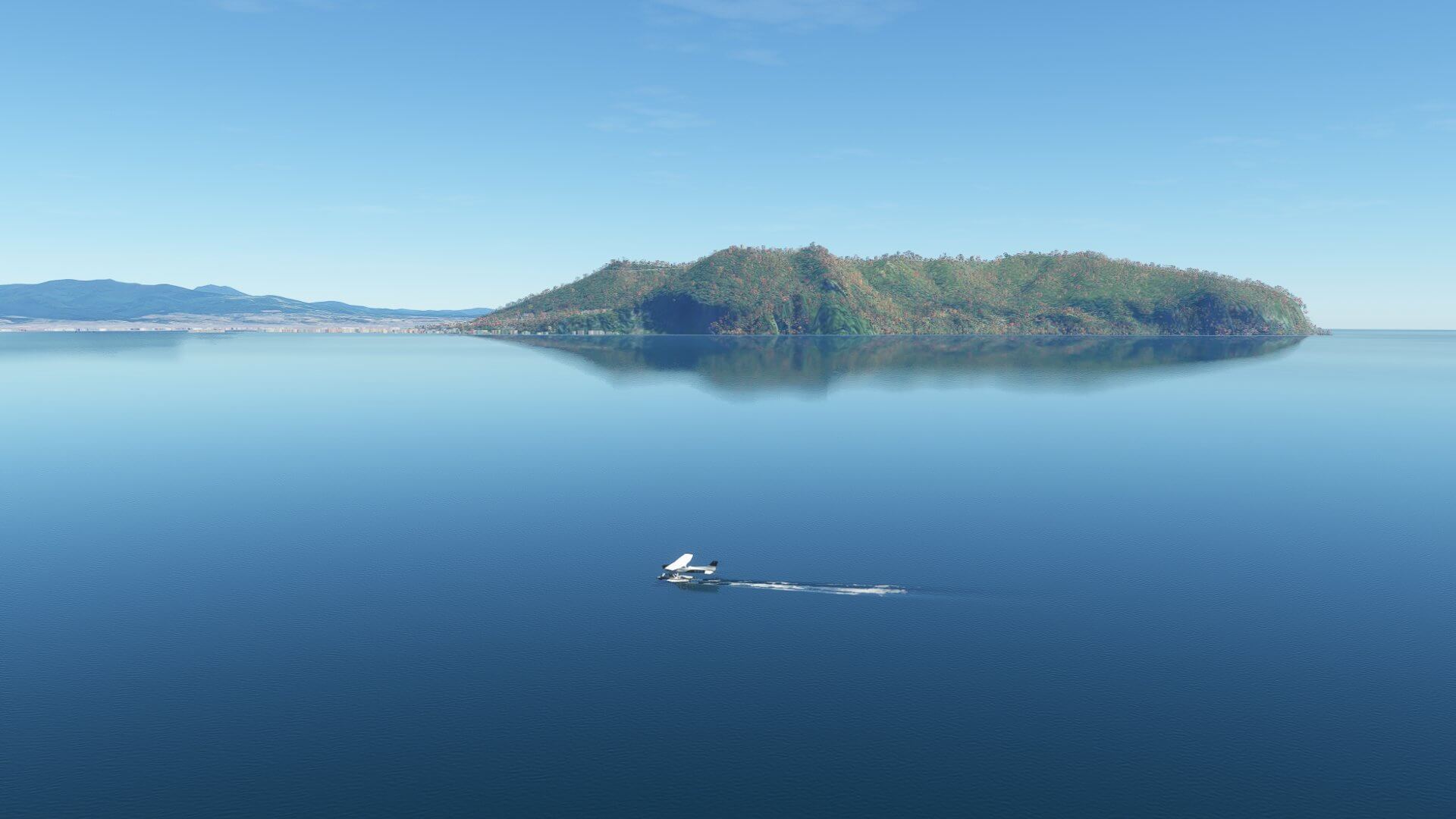 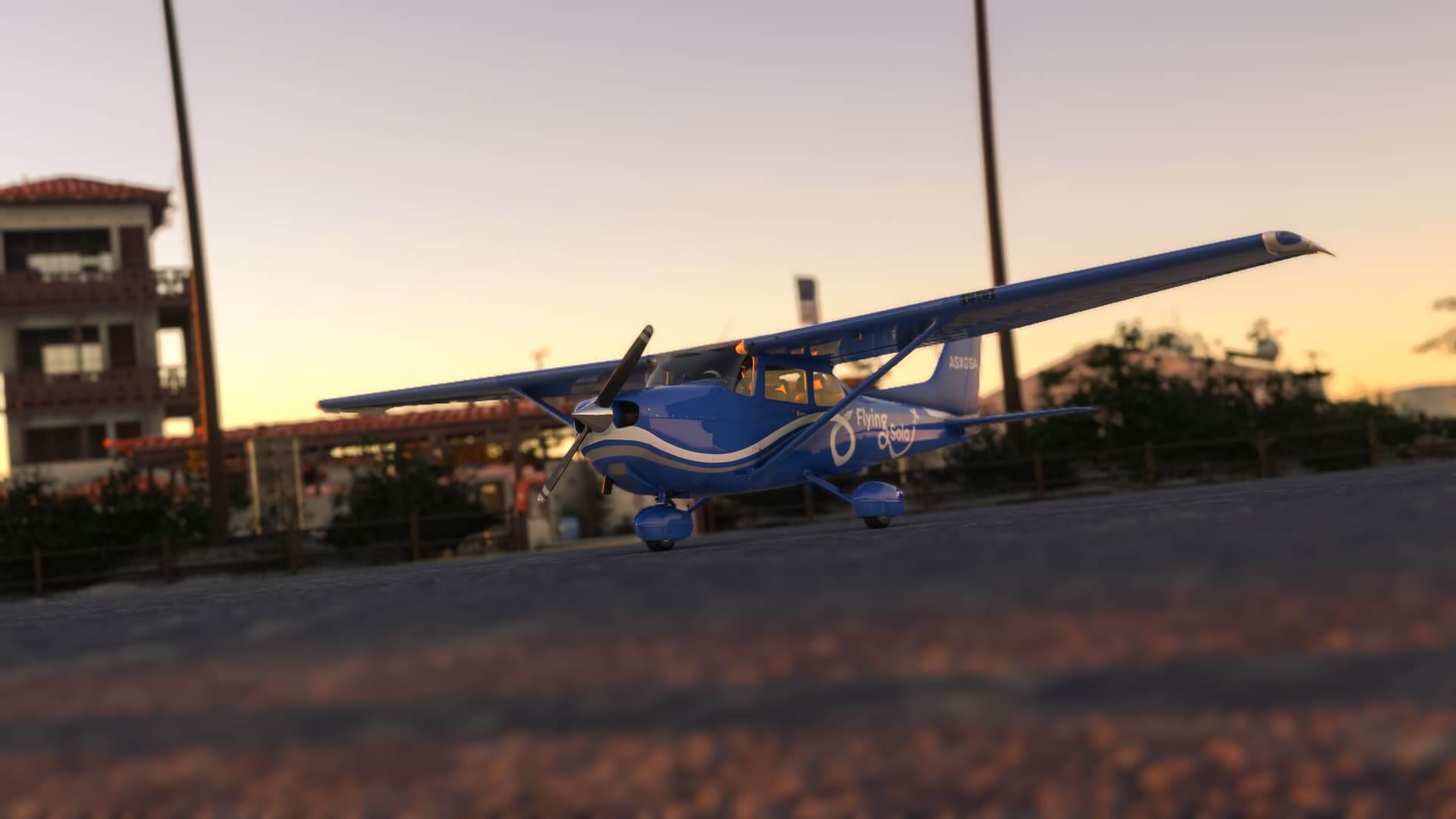 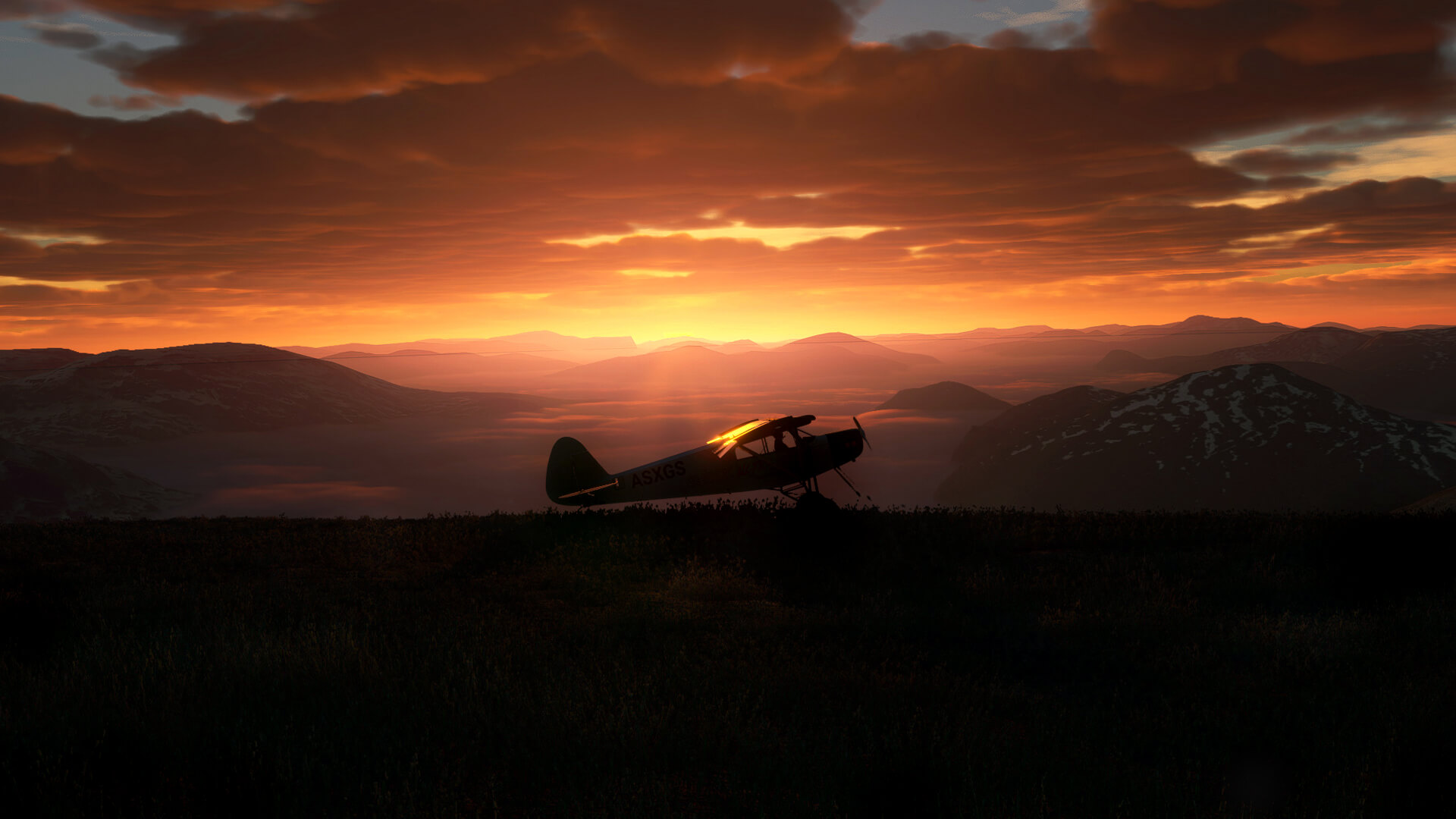 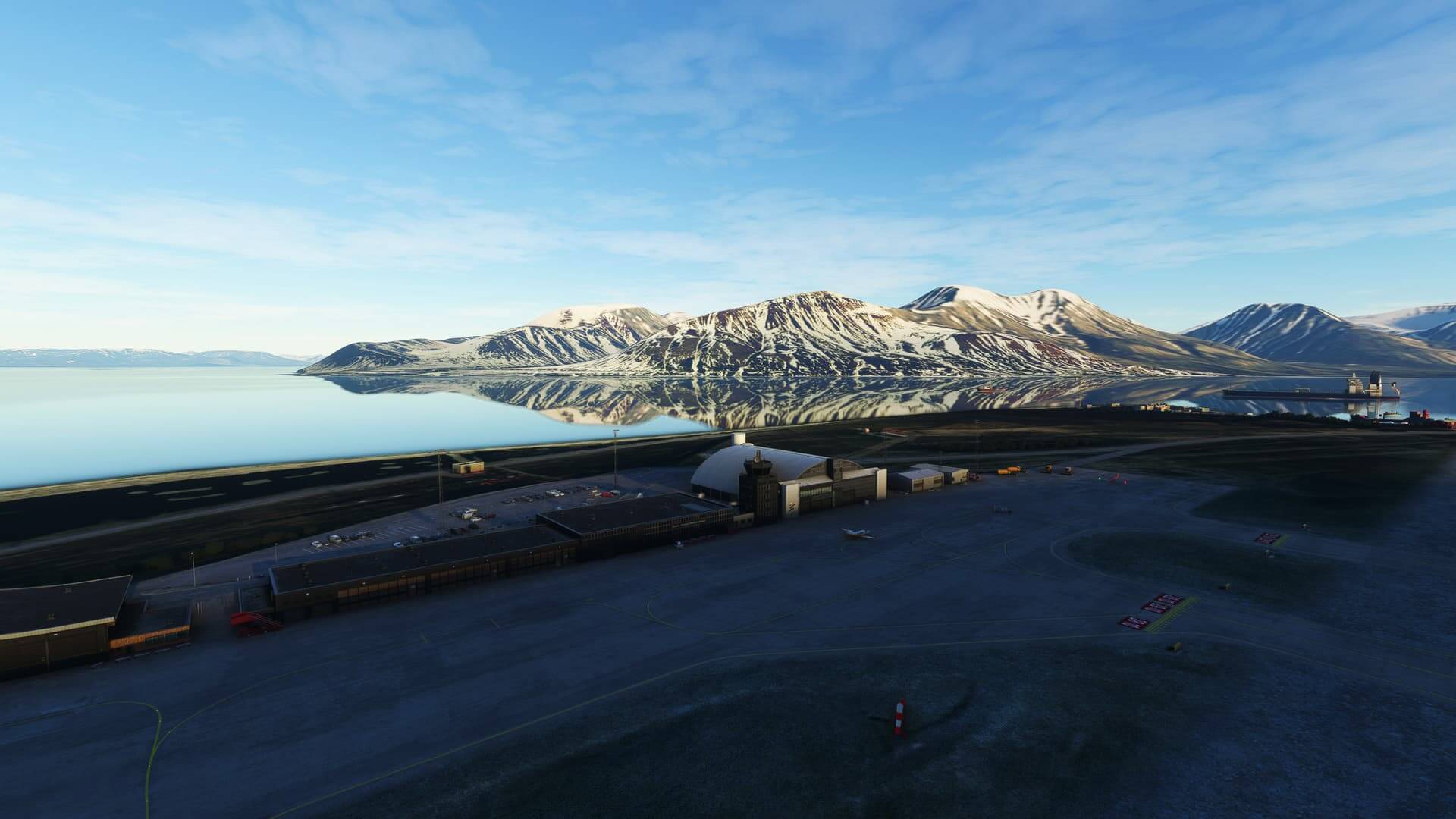