I see here a lot of small problems with lighting and rendering distance as being big problems. Now imagine you lose all photogrammetric textures and start having only textures like those of FSX or P3D !!!??? I think, now, that it makes perfect sense what AnkH828072 said when referring to the issue of traffic on servers. I live in Brazil and maybe that’s why they demoted my textures to trash like the FSX textures.
ASOBO, YOU’VE TAKEN MY PHOTOGRAMETRIC TEXTURES AND I WANT IT BACK !!!

I’ve got a pretty stout system with 64GB of RAM and a 2080ti. I’m getting 50-58 FPS slightly tuned off of Ultra before and after the patch. So what was the point of the patch again?

Well, for me and a lot of people that are mostly on lower systems than yours (but not all of them) we used to have a lot of huge stuttering at regular intervals for 2 to 10 seconds where the game was unresponsive as it would suddenly go down to unusable 9-10fps with CPU usage going to 100%. The more the crowded the scenery was, the more you’d have those and the closer they were between each. Oddly enough, game was smoother back then in between with higher FPS most of the time than after patch 2. One surprising thing too was that if you alt-tabbed your way out of MSFS and let it run in the background during one of those massive drops, despite still being under 100% CPU, the game would run nicely despite a few FPS loss. But as soon as you alt-tab your way back in if it was still under 100%, then it would massively drop again and become unresponsive.

After patch 2 though, none of this occurs anymore. I could be all wrong, this is just an assumption, but I feel like it was tied to how the scenery was loading in “big bursts” so to speak that plagued older systems resources too much at regular intervals as the faster the plane was the more often it used to occur. (I’m using an old i7 4790K OC@4.6 with a 1070 and 16GB RAM, a system that, otherwise, gives me very satisfactory performances in high or even close to Ultra in 1080p).

What I fear is that, for lack of a proper solution yet, in the meantime they chose to downgrade the game (so to speak) for everybody, effectively momentarily taking care of this problem at the expanse of graphics while they investigate the matter more deeply.

I hope it’s not that, especially for people with high-end rigs who shouldn’t have to deal with this, but that would make some sort of sense.

After patch 2 though, none of this occurs anymore. I could be all wrong, this is just an assumption, but I feel like it was tied to how the scenery was loading in “big bursts” so to speak that plagued older systems resources too much at regular intervals as the faster the plane was the more often it used to occur.

Yes, they stated that they changed resource management 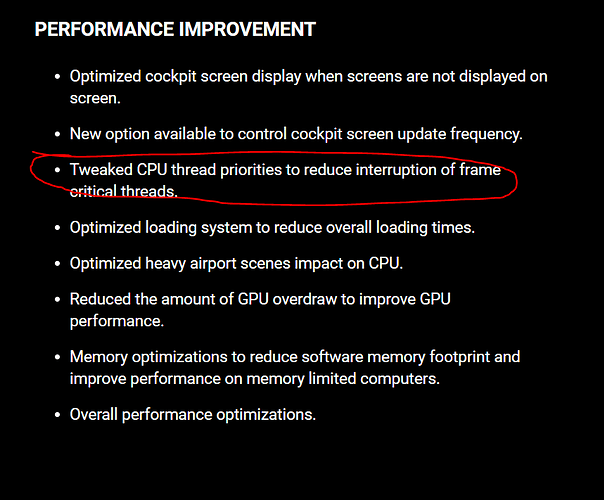 Yes, they stated that they changed resource management

Indeed, and it worked but seeing all of this, I can’t help to fear that “they changed” means “they downgraded”

Then again, it’s all just assumptions… Interestingly, in my steam screen capture folder, I just saw that I didn’t delete older screens from even before patch1. I’m going to try and replicate them as much as possible and do some before/after comparison. Nothing beats doing that

I have still access to any version before this patch so If you need any pre-patch screenshots just send me the steps to reproduce and i can try. Trees and water is already confirmed.

As i mentioned somewhere earlier, all shading or lighting seems off to me.

That would be great! Nothing beats a before/after for a proof rather than “The game looks uglier than before” which is just a mere statement…

We should do this in the other thread with more vote: Ground texture - Low resolution - Internet incorrect Bandwidth

As I don’t have much of those, try to do FL100+ before after comparison where you thinks it’s particularly worse than before, document them with your graphic settings and the GPS coordinate you used (or as close to it) so I can go to the exact same place and try with my patch2 MSFS and see if there’s also real differences between you and me.

In the meantime, I will replicate as much as possible my older screens back from august and attach my settings, system details and gps coordinate so that you can try the same places with/without patches. That should settle some of the debate here

I noticed this grid last time I flew over Easter Island. I´ve only seen it in that coastline. 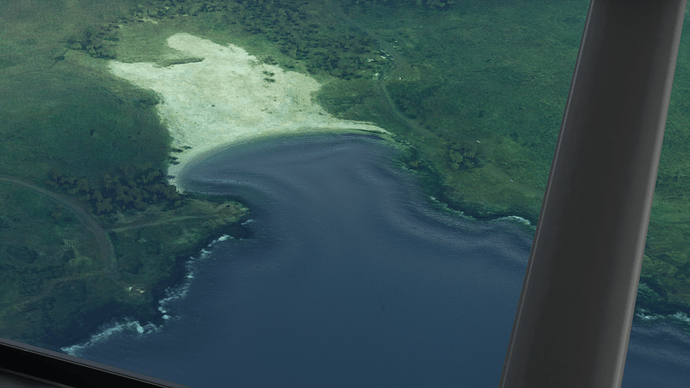 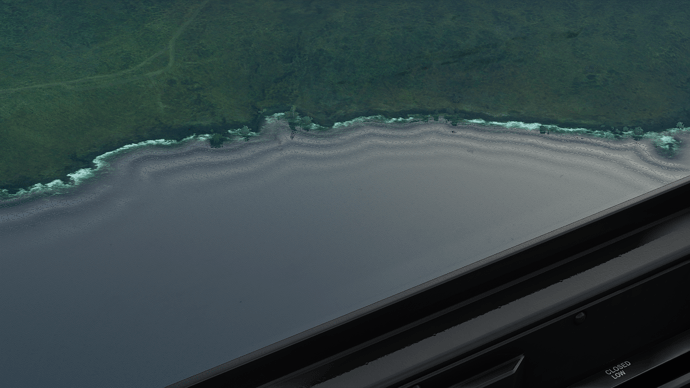 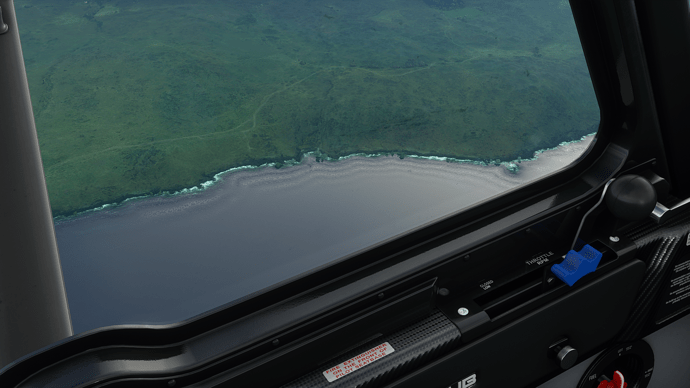 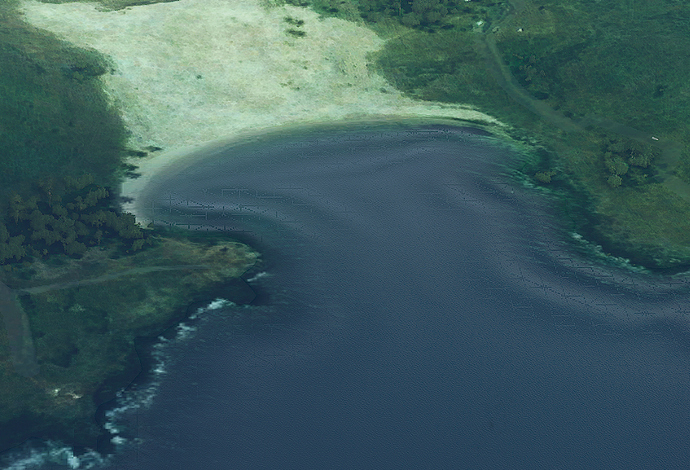 I believe those are japanese symbols, possibly update to prepare for Japan DLC

The worst part is how Asobo claims in new Japan DLC announcement that they strive to upgrade graphics. Yet , the opposite happened with patch 2

Don’t worry, if you claim this you will be personally attacked by the the game is not broke group…

I’m hoping it’s just another bug – or series of bugs – they will eventually fix, rather than intentional.

Yesterday, after a lot of stress to see that there are people with the simulator presenting images completely different from mine, in the same places (Réunion Island - FMEE) as you can see in the photos, I decided to take a painful and drastic attitude: uninstall the simulator and reinstall it. I did that, and after going through this whole process, when installing it again I noticed that it hasn’t changed, absolutely nothing. My ground textures are the same as FSX. The terrain mesh, too, that is, terrible! Now I have no explanation, and I don’t know what else to do …
ASOBO HELP ME, PLEASE!!!

You see: In an experience with a friend. The plane was in the same place. We opened a multiplayer section and headed over to him. He put what he saw in Discord and I put it as I saw it. Look at the difference !!
How is this explained? I don’t have the ptogrammetric textures or the terrain mesh.

It seems to me that you are not streaming bing data. Arent those default textures ?

It can’t be that, because I have a very fast cable internet: 400mbps

That doesn’t mean to say you are actually downloading anything. First, double check you have all of the online options enabled. Do you manage your own firewall?

My assumption was right, you are not getting satellite imagery data.

BING OFF vs BING ON screenshots. matches yours 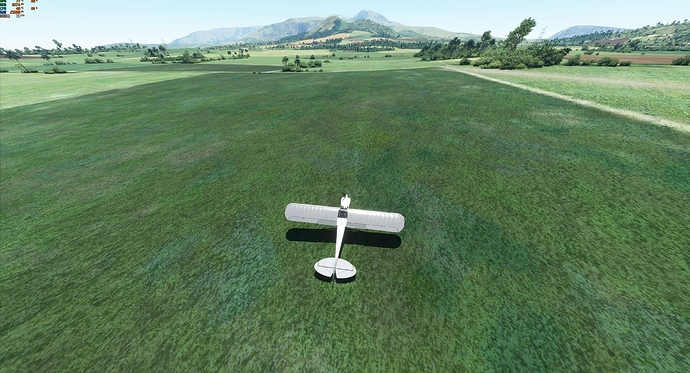 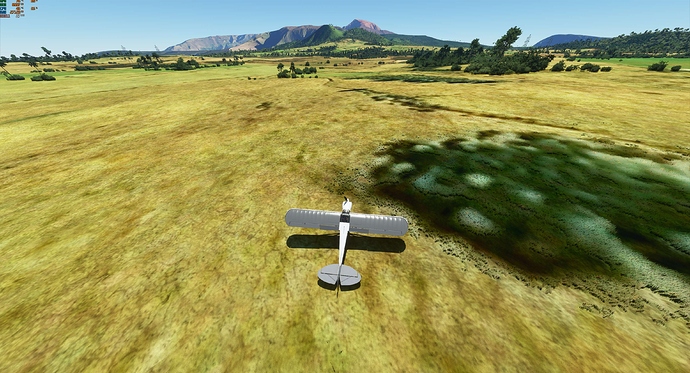 Now you know what to do

Now you know what to do

I have suffered from this since the installation of Patch 2. It changed configuration and I did not notice. I don’t know how to thank you SurlierMovie919. Thanks a lot, guy!!