There’s a interesting theory regarding the total number of logbook entries could be the reason for the logbook issue mentioned in the other post:

Logbook gets deleted when quitting msfs on Xbox Miscellaneous

Not yet. I tried uninstalling and re-installing the Sim (not the content) several times, to different locations. I even went through the AppData and Registry to remove all “flightsim” after uninstall. Only thing I have not done is purchase another PC just to see if that would fix my problem… and I am not going to do that. Nor am I going to reinstall Windows from scratch just for this issue. I started thinking there is a bug or limitation of number of entries. I have 2508 entries. I thought …

OP said he has 2508 entires and his logbook stopped logging new flights.
I’m stuck at 2600+ entires so it could be very possible that the server stop receiving/uploading logbook entries after certain amount of total logbook entries you have in your logbooks.

I searched for files in “%localAppData%\Packages\Microsoft.FlightSimulator_8wekyb3d8bbwe\SystemAppData\wgs” based on the date the log stopped and found a file with 16,777,215 bytes.
I think this is the upper limit for 32-bit variable types, so any postscripts after this are invalid.
In the game, new flights are appended because the variable type is higher than that, but when the logbook is saved, the data after 32 bits is discarded, so I think new records are lost when the game is restarted.
I think that changing the variable when saving the logbook to a 64-bit type will solve the problem. 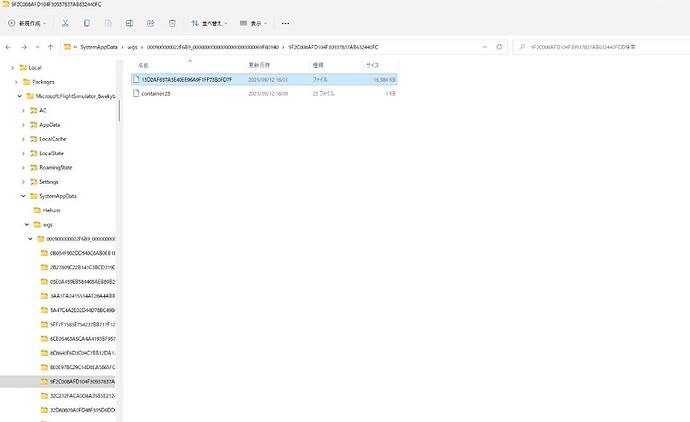 I think the bit was wrong but most likely due to the file size limitation.

You used my report in another thread as if you had discovered it yourself.
Well, that’s OK.