Definitely no improvement with SU10 for those who were hoping for it.
A shame and a crime what they did to the game with SU7.

Agree, even though su 10 is great, we are not still at pre su7 levels. I hope with su 10 we will get there, otherwise with next two update before Christmas we definitely should! Still it’s bad all this time has gone to re-shape something that was amazing before.

Are you referring to the weather interpretation, or the weather depiction? I’ve seen plenty of images that indicate that the visual aspect is at least as good as it used to be, so perhaps you mean what is being displayed rather than how?

The representation.There hasn’t been a coherent weather scenario since SU7, the METAR bubbles are like ticks in between. There are no more cloud structures, just a haphazardly mixed heap of cumulus.

Check out the video a few posts up, or videos in general before the SU7. You will never discover this weather representation in the current form of the game.

Have a look in some of the Beta threads at some of the images there. You may not have seen them. They look really good.

I am in the beta, as i said it’s a lot better, but not as good as before su7. Especially when it comes to high clouds and cumuloninmbus, these kast one are just not right as they often lack anvils, or high coverage of thin clouds, tgey are also very dark and pixilated. Also the storm systems are often not in game and world map…so I’d say there is a lot to ge done to even get where were before su7 in terms of realistc looking skies!

I don’t need think we ever had anvils.

Something similar, but you are right. We shoukd get them though…or at the very least local/isolated convection…this we had it before and was very striking to see.

When i recorded a clip to show the gusts this hard transition happened when approaching a METAR airport, look at the weather radar. I can’t understand the METAR thing. It makes the weather unrealistic. Never had those pre su7. Get rid of METARs that interfare with weather please. Worst thing that could ever happen to the weather. I don’t need the weather to be 100% accurate. The invisible things from METAR like wind, pressure and temp is enought. I would like to use the sim without those as well. In the same clip after 2:40 you can see on the graph when the wind changes into METAR. 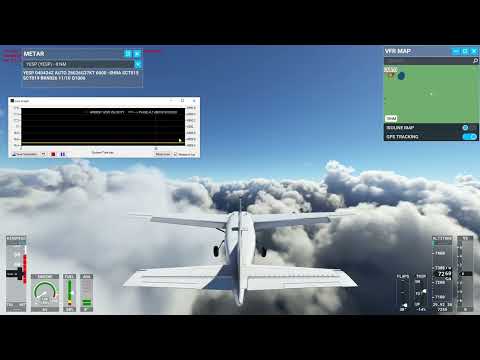 Edit: I think it was changed into SCT and the cloudbase were set to 1500FT instead of 2100FT. Well there we have the accurate weather LOL. I understand it though. The community asked for it to be accurate and now we have it. If they get rid of METAR the community will start complain the cloudsbase is not set at correct altitude or that we get clear skies instead of overcast. Or that we get overcast instead of Sattered. Even with METAR it’s not accurate. I’m 100% sure the weather didn’t change like that at that airport. Never seen a cloud base change altitude instantly like that.

My own observation of the clouds before the change into METAR OVC 021.

Has the game ever done cirrus? don’t remember.

hi, I also noticed some bugs related to the weather engine. After the famous update to metar based, I noticed that the weather is no longer correctly represented on the sim. That is, if in the real world the sky is overcast, or there is a storm, the weather engine of the sim only reads what is reported on the metar, but does not correctly represent the real meteo. I am attaching some screenshots to make you understand.
I wonder if it was possible that the weather engine matches the metar data to the satellite weather images, in order to have the real cloud cover as well as possible showers and thunderstorms represented on the sim, like in the second screenshot.
I also hope that this horror will soon be resolved. 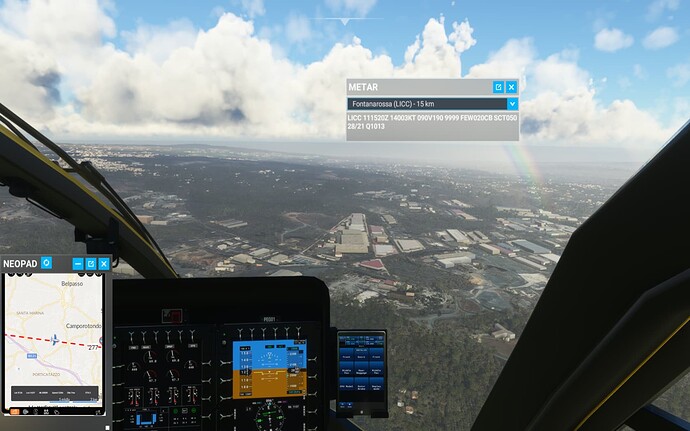 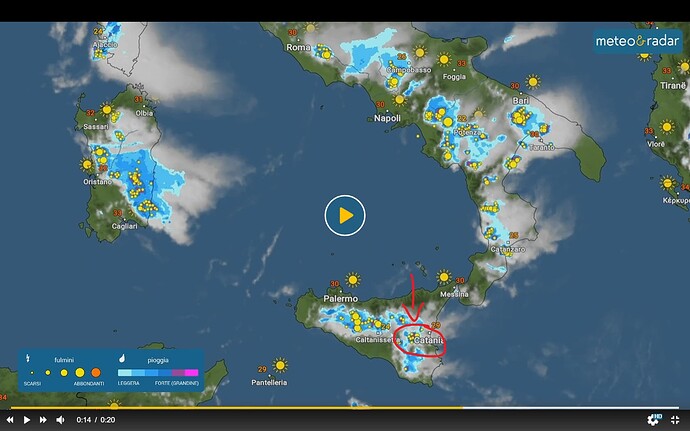 This is still happening also in beta 10 unfortunately. The world map is not showing the storms so it is in game when you fly…also often the clouds in the case of intense weather fronts are still looking very convective and broken when they are not supposed to, and when you woukd expect cumuloninmbus they are not there.

Absolute Zero: - 273.15 C (or Zero Kelvin). The lowest limit of the thermodynamic temperature scale, a state at which the enthalpy and entropy of a cooled ideal gas reach their minimum value, taken as zero kelvin.

You should have turned into a block of solid matter.

I think my brain broke thinking too hard about that weather

Did find a couple of interesting cloud formations from a couple of months ago in my screenshots, but apparently the only two that aren’t flat solid cloud layer or rather odd cumulus. Not like I’ve seen a cloud in game for ages anyway … 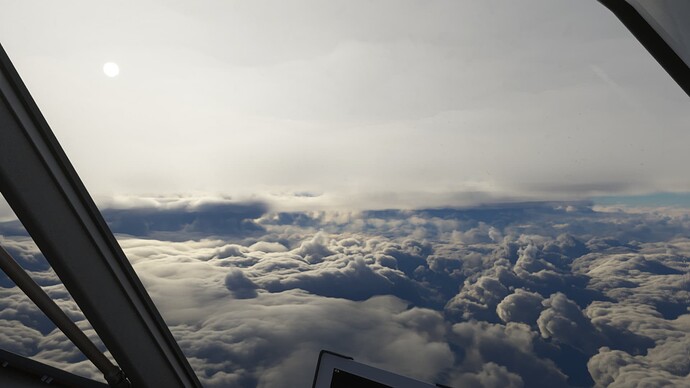 What was the exact date of SU7 again?

With major storms breaking out over Western Europe tonight and over the next few days, I think the limitations of the live weather system will become a hot topic.

It’s the first really stormy spell over Europe since last years’ update that broke storms and people will be underwhelmed if they’re going up to test out their skills in a violent atmosphere.

It’s not all that long until Atlantic hurricane season either, should be interesting. Mind you last year half of them didn’t have an eye anyway.