There are a a few real life missing vor and ndbs in my neck of the woods .specificly Lawrence Mass vor and a colocated ndb in Concord NH .I am not sure If I need to get an addon and if so which one .
I am not lookong to a flight data system just to some simple ifr approaches

This isn’t uncommon.
NavBlue is the supplier of the sim navdata and they are quite good in Europe, but seem to miss a lot in the rest of the world.
I use Navigraph myself.

There is nothing wrong with the nav data. The VOR at Lawrence, MA no longer exists. It was decommissioned quite some time ago. There is also no co-located NDB at the Concord, NH airport. If there once was, it has evidently also been decommissioned.

thanks for the info on lawrence vor should have used up to date approach chart but I have not been able to get the the NDB at Concord to work .I have tried the glass cockpit barron ,the 172 small garmin and even the 152 .I have gotten other NDBs to work but not Concord .

Interestingly, the FAA charts list it as an active NDB, but Navigraph lists is as an NDB Outer Marker. If NavBlue is using similar data to Navigraph and has it as an outer marker instead of an active NDB, then that means it would only be used in an approach when you fly over it as a position reporter, and not a directional navaid.

It is a LOM, which is a combination NDB and outer marker. It shows as current in the latest FAA charts, including the ILS 35

First of all guys thanks for responses. It has been 25 years since I shot an actual approach and it has taken 2 years to get a rig that could run fs2020 so I am a little rusty on the basics. The graphics upgrade from fsx is amazing and it makes me miss flying even more. I never took the instrument checkride as the money just ran out.My twin rating was done in a Beach Duchess but on that day the examiner would only do one test and forced me to reschedule the instrument check ride .My screen name pays homage to the 1969 Piper Arrow my dad and his buddy owned btw last August was 50 years since my first solo .

Interestingly, the FAA charts list it as an active NDB, but Navigraph lists is as an NDB Outer Marker. If NavBlue is using similar data to Navigraph and has it as an outer marker instead of an active NDB, then that means it would only be used in an approach when you fly over it as a position reporter, and not a directional navaid.

Only just to clarify about the source of data:

just checked with current approach chart and Lawrence Vor is still active so my original question is should I wait for fs2020 to catch up or try an addon ? When I went to the sites I am not sure what to get not about the money just sure of the right thing to purchase,

Which approach chart are you looking at? I’m looking at the ILS RWY 5 at Lawrence (KLWM), and it lists the old LWM VOR as a DME: https://skyvector.com/files/tpp/2201/pdf/00654IL5.PDF

II is a navaid as shown on ils runway 5

Old dog learns new trick I did not realize it was a dme chanel I did not learn to fly in this gps world the only thing I ever flew was an old norsthar loran .Hand flying is still the same what ever the source of the nav data so if I ever do get back in the air I will learn from all of you .

On that chart it shows LWM as a box, which indicates a DME. Whereas the BOS VOR is a hexagon in a box, indicating a VOR-DME. 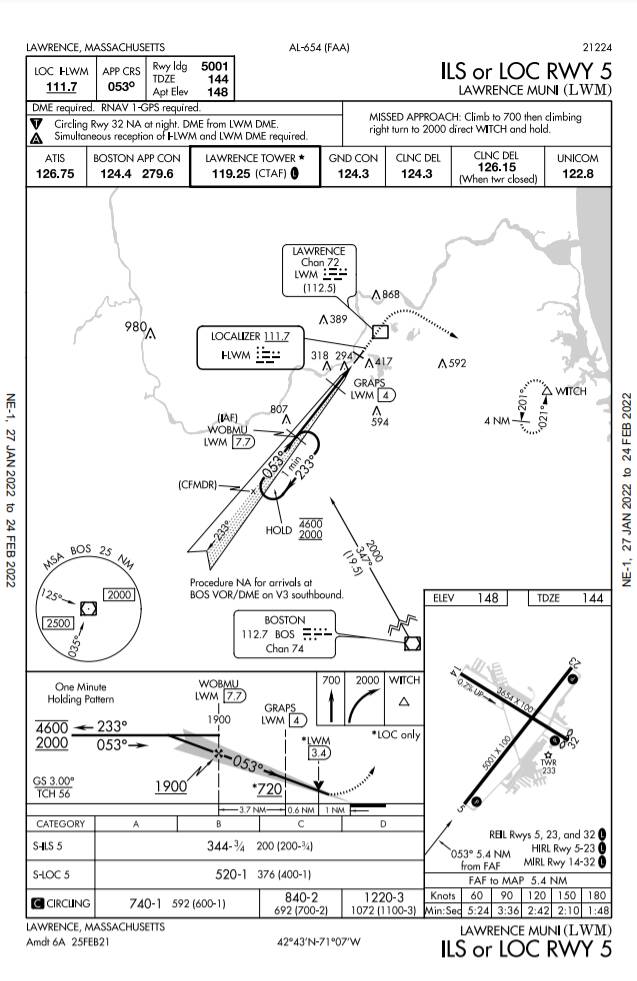 So are they removing NDB’ and VOR’s from the game as time passes?

Wouldn’t that make nice steam gage planes like the Mooney practically half useless as half the fun flying that plane is to use the VOR and NDB functions of the steam gages and radios.

I hope not. As you say flying those VOR/DME approaches and routes is half the fun.
All that modern GPS and automated stuff isnt flying anymore. Its like watching a video.
So yes, if they are dropping those transmitters it is a real negative.

Yea, if thats the case, why don’t they add a feature to rent a pilot so we don’t have to fly ourselves anymore.

MSFS is supposed to be a realistic digital twin of the real world, so if VOR’s get decommissioned, they will be too in the sim (eventually). I would expect freeware/payware addons to pop up adding back in VOR’s, as there seems to be enough demand for that sort of an addon.

Can they at least then do some railroad tracks and get rid of the green highways ?