Following on from the popular FS Academy VFR and IFR mission packs for MSFS, we are very pleased to finally announce the next instalment: FS Academy - JETLINER. 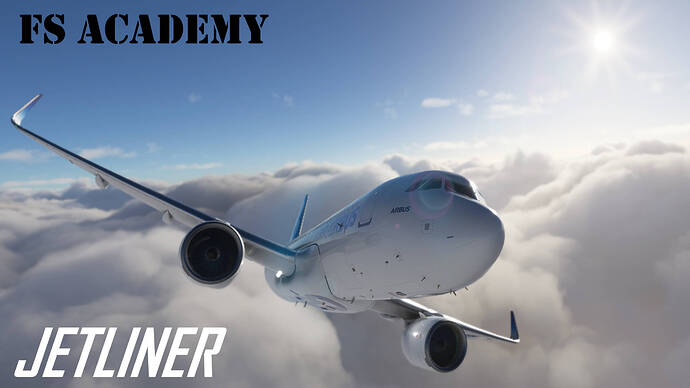 Jetliner is an all-new, study-level mission package to introduce you to airline operations and jet aircraft.

Brought to you by a real A320 captain, Jetliner provides an authentic and realistic environment to learn how to handle the big jets, using genuine Standard Operating Procedures (SOPs) and techniques used by the professionals.

Commence your journey into airline flying first by joining us on a full sector from London Gatwick to Barcelona. The trip is divided into dedicated missions to discuss and demonstrate each phase of flight, from Taxi-Out to Taxi-In. We then move on to explore abnormals and more complex scenarios.

Guided step-by-step by your Airbus Captain, learn how to handle a passenger jet authentically so you can go forwards and apply real procedures to your airline flights, knowing you’re doing it as realistically as possible.

Each mission has accompanying theory, found in the comprehensive ground school manual. Learn the theory before you take to the skies and practice it for yourself by performing a complex departure from one of the world’s most challenging airports.

Learn all about it here: www.fsacademy.co.uk/jetliner

Version 1.0 of Jetliner has been submitted and will be available imminently. Exclusive to Orbx at launch, coming to Marketplace afterwards.

Step up to the big leagues with FS Academy - Jetliner 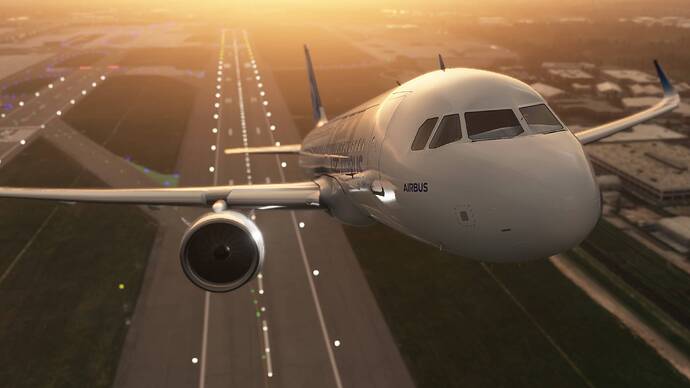 Jetliner is out now exclusively on Orbx! Coming to Marketplace soon. 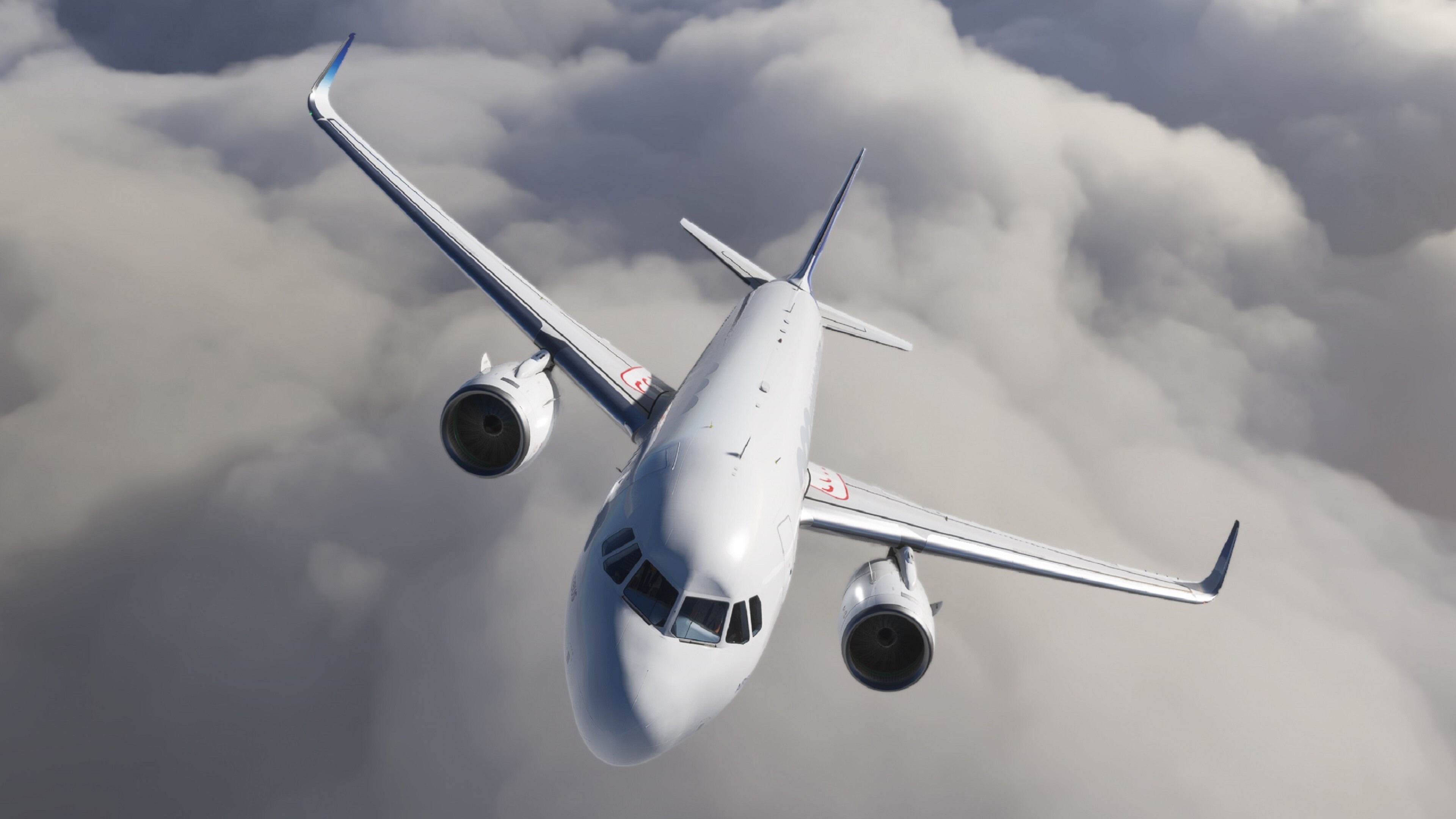 Step up to the big leagues and go pro with FS Academy - Jetliner! 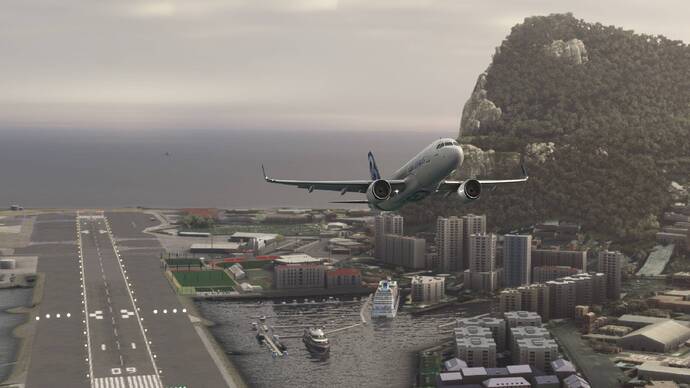 See what the SimHangar had to say about Jetliner: 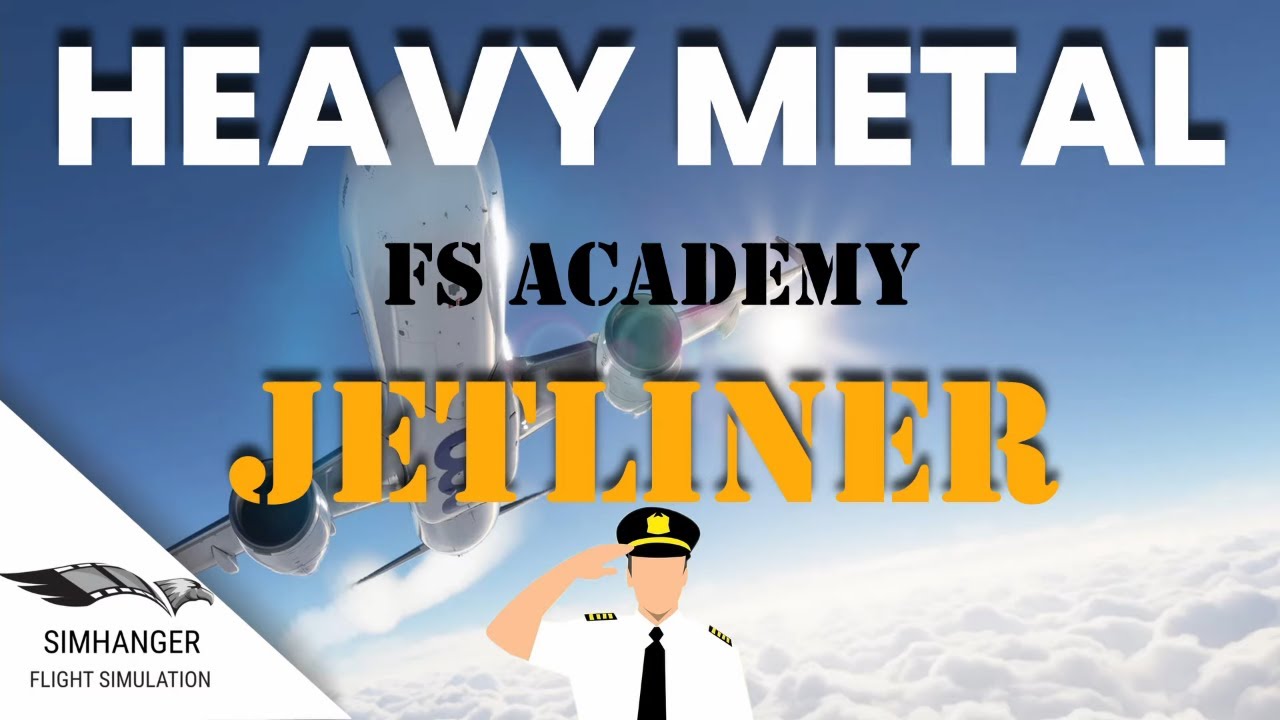 A great look at Jetliner by easyjetsimpilot: 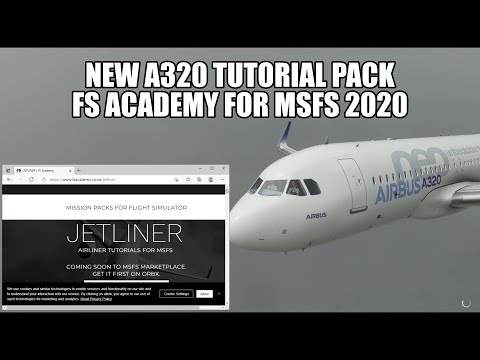 “Fantastic… I can highly recommend this new release” 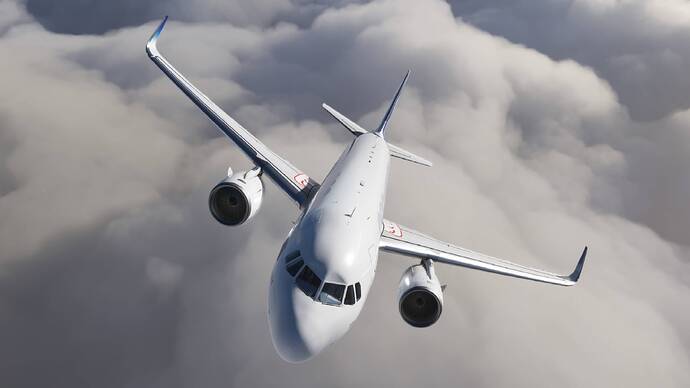 Hi everyone, MS have reported they had staffing issues, so we can expect Jetliner on marketplace on the 3rd June. Other stores from the 1st.

Sorry for the delay, Happy landings!

Marketplace update: At the last minute, MS have again delayed the marketplace release of Jetliner, this time for ‘localisation pipeline delays’.

Jetliner is available right now in a range of other stores:
Orbx
SimMarket
Aerosoft
FlightSim

We’ll let you know once Jetliner makes its way onto Marketplace.

Jetliner is out now on Marketplace!

Find the missions under Activities - Bush Trips after restarting the sim.

Get the manual here: www.fsacademy.co.uk/jetliner 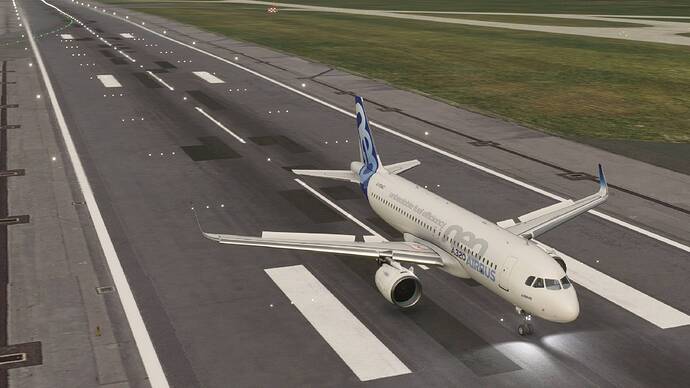 The upcoming Sim Update 5 introduced a wide range of issues with Jetliner, including CTDs, autopilot misbehaviour and more. These have now been resolved and will be fixed by downloading Jetliner v1.1.

Version 1.1 has been submitted to all stores for processing and should be available asap. Marketplace will likely lag behind, as MS process updates before they are released. (Update: v.1.1 to be up on marketplace by the end of the week).

We are reviewing VFR and IFR currently to identify any issues and will push updates out as required. Happy landings!

I’m told by MS that Jetliner v1.1 is now live on Marketplace. Use Content Manager to update. Thanks for the patience everyone.

It appears that the latest update from Asobo has introduced an issue with the altimeter at the start of missions. The altimeter grossly under-reads at mission launch. Asobo are aware of this and are working on a fix, but in the meantime a rough workaround is to launch the mission, hit pause and then Restart the mission. This should work in the majority of cases, but can cause other issues with the automation.

Also, if encountering issues on Jetliner06, where you are on HDG170 before approach and the instructions stop, please TYPE in TEBLA for the DIRECT TO, rather than scrolling sown the list in the FMGC. Investigations ongoing!

Thanks for your patience in the meantime. Support page will be updated.

In other news, the update to FS Academy - IFR is going well and introduces many new features and improvements. More on this soon.

Just a quick heads up that an update to Jetliner is being sent to stores.

Jetliner v1.2 fixes an issue introduced by SU6, which causes a CTD at the launch of Jetliner 01. Taxi-Out.

A few minor improvements are included also, mostly to grammar and flight duration figures in the briefing screen.

Update will be available in all stores, with Marketplace usually updating last. MS indicate it should be up on Marketplace by SU6 release, so there shouldnt be any downtime.

You may well have seen the exciting announcement of Flight Simulator - GOTY.

Part of this update is set to include new tutorials for Bush Flying and IFR.

I’m taking this announcement from Microsoft as a greenlight to further announce that these new tutorials are developed by FS Academy, forming a partnership with Asobo and Microsoft.

Really looking forward to putting the finishing touches into these missions. I’d like to stress that the new IFR tutorial set does not eclipse or step on the toes of FS Academy - IFR or VFR and is aimed to co-exist, aimed at purely newcomer simmers and presents the topic in a much more basic and ultimately accesible form.

Until then, happy landings!

With SU7 now upon us, FS Academy missions have a new home.
Now you can find all mission packs under ACTIVITIES-CUSTOM CONTENT.

This makes for a more logical and suitable location for the packs.
UI updates have been sent to all stores, but as usual marketplace will be much later than the others.

I am aware of an issue with JETLINER06.
Correctly entering the ILS Z 25R approach into the FMGC is not being properly detected, preventing progression.

A minor update (v1.3.1) is WIP, but in the meantime, RESTART the mission and this should allow proper functioning. Thanks for the reports!

Jetliner Update 1.3.1 has been sent to all stores for processing.
They will have the latest version available in their stores asap, with marketplace usually coming last.

This should fix the ILS Z 25R detection issue at the start of Mission 6 (Approach), making the RESTART workaround no longer applicable.

Thanks for the reports!

A lot has happened with FS Academy over the last year, so I wanted to write a roundup of what we’ve been up to in 2021. it’s been a big year, with Sim Update 7, a major overhaul to IFR and the release of Jetliner. Read more below:

IFR, VFR, Jetliner and Voyager will all be on sale from DEC10-20 at roughly 40% off (13.99USD for first three, 6.99USD for Voyager). This will be a promoted sale within the in-game marketplace.

We partnered with Asobo/MS to provide the 14 new tutorials for Sim Update 7, which has now gone live. The bush flying and IFR tutorials give a basic introduction to flying with these skill sets. It was a pleasure to work with Asobo and Microsoft and incredibly satisfying to see my content go first-party for a simulation platform I have used avidly for many decades and continue to do so along the path to my current position as A320 Captain.

We worked directly with the Asobo team and Jorg to bring the tutorials to the simulator, which was a fantastic experience.

All mission packs are now found under CUSTOM CONTENT in-game. Previously only the Bush Trips menu was available for third-parties, but we now have a more natural and permanent home, improving the UI and experience along the way.

Releasing very soon is a collaboration with another studio and a charity to provide a mini pack of missions for MSFS. This will be announced properly by the other studio very soon, after the final round of testing that is currently underway.

Also, in early development is a new full FS Academy tutorial pack, which is expected to be available in stores early 2022.

All in all, it’s been a very busy 12 months, with more on the horizon and plenty to look forward to in the new year.

All the best,
David 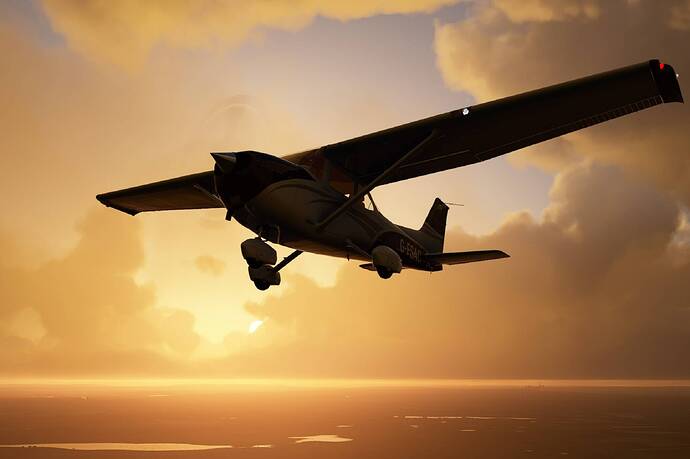 Found a nice review for JETLINER here on TwoToneMurphy:

Introduction Hey everyone, I thought I would put together a review of the FS Academy Airliner add-on, that I luckily received as a prize at the recent FlightSim Expo TTM Watch Party! FS Academy Jetliner: Can even teach that eejit Gibbo ™ The FS...

Hi everyone,
I’m pleased to say that the solution to a common issue has been found.
For users that experience the loss of thrust or flap control in Jetliner 7 or 12, it has been found that your ASSISTANCE - PILOTING settings are the cause.

Please ensure that no piloting assistances are enabled. They will be forced to the correct setting ina future update.
Support page has been updated: www.fsacademy.co.uk/support-jetliner