Could VR be switched to monoscopic display only? Strong graphics cards are not for sale. This would save hardware performance for more detail.

That’s an option I never saw in any VR apps. It’s interesting as it’s like an enhanced Track IR into the VR world. A lot of apps and games could do that easily IMHO. And having this as a switch can allow to go through heavy scene and switch back in real stereoscopic VR when leaving it.

While I probably wouldn’t be interested in something like this myself, I have known a couple of people who were blind in one eye who are still big VR users and claim that it is still very immersive for them, so this is an interesting idea.

I wonder, though, if there would be any perceived visual “strangeness” associated with both eyes seeing the exact same image/POV, while the head still moves around as normal in a “flat” world.

I think it will be more than ok. It’s an old idea I often thought about but never saw implemented, and I’m glad @Vyfun posted it… Probably less strange than Track IR where you move your head on all 6 axes with your eyes aiming on the monitor

I tried hard to play with Track IR, during weeks, and I never get used to it.

It will be far more light on computing for sure, and probably easy to implement, I guess…

I have the option in GTAV VR.
To disable/disable stereoscopic 3D, honestly the experience is just as nice without stereoscopic 3D. Just the FOV and head tracking alone are really immersive.
It would be nice to have in MSFS as alot of us would be able to push the graphics even higher.
As stereoscopic 3D comes with a huge performance tax.

If you’re using SteamVR, have you tried overriding the IPD with the exact opposite value of the hardware IPD effectively making the game rendering twice from the same virtual camera pos?

You can override with fpsVR or even manually:

NB: all available SteamVR settings are listed in the following file:
\SteamLibrary\steamapps\common\SteamVR\resources\settings\default.vrsettings

PS: I didn’t try this but I’d do like this to get started.

I am blind in my left eye and being able to do this would give me a performance boost. I wonder if I would disconnect one screen but both screens would still be rendered by the software. We need that special developers runtime command 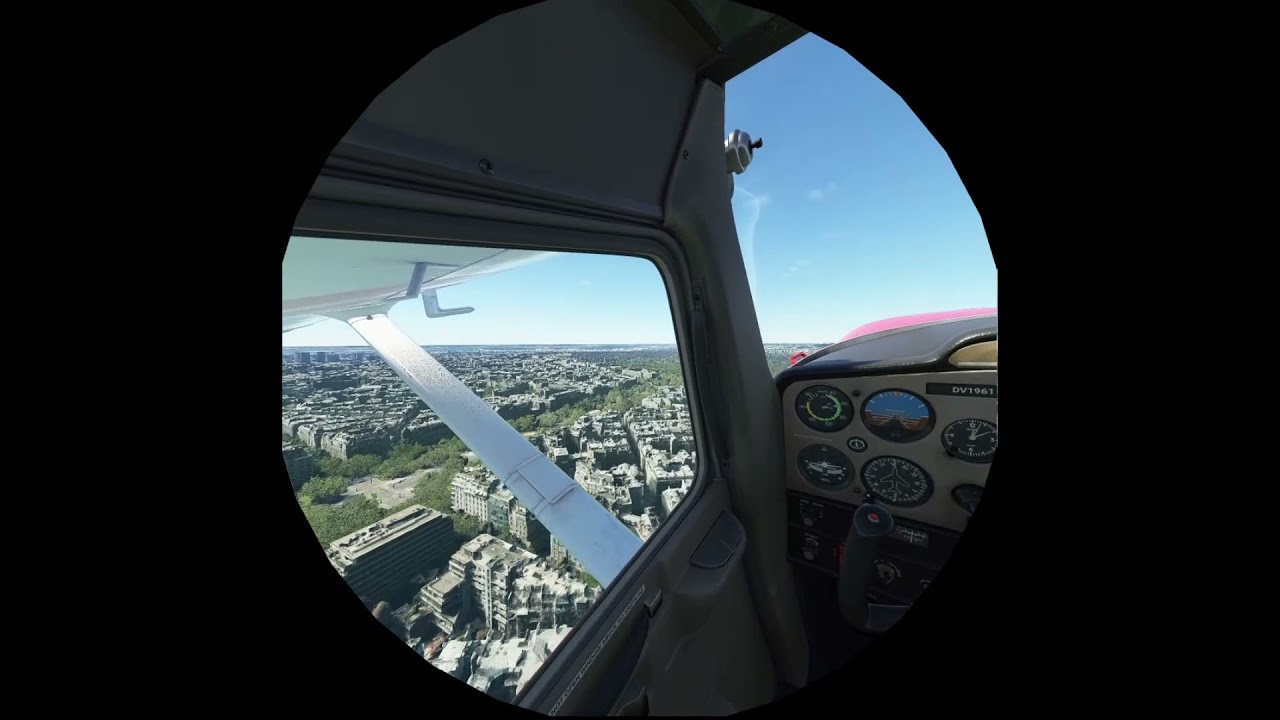 How did you do it?

Hello … The recording is made with a screen recorder (MOVAVI)

Hello. I meant a monoscopic image

It is not a monoscopic image. In any case, it is what it would look like.

Hmm. Many VR users have a strong graphics card, probably. My idea failed. Must be great to fly with ultra detail.

I have bad vision in my left eye, so for me this would be great as my Stereoscopic vision is not great. Also a related thing - we often have one dominant eye that the brain normally uses mostly, It would be cool if the resolution of the non-dominant eye VR screen ( in my case the left) could be set to a lower render scale separately. So say render one eye with 50% resolution to save performance.

But, you still need two viewports.
So, the same render load, even without 3d

PLEASE, PLEASE, PLEASE!!! I lost my right eye sight years ago, and VR works well for me. A pity my machine is rendering two screens. Surely Microsoft / Asobo could throw us disadvantaged folks a bone, and implement this???

Voted, it seems like a good idea for those with one eye or for anyone seeking more performance.

Separately there was an interesting post recently with a link to Unreal engine documentation which suggested a practice of switching to monoscopic rendering beyond a certain distance, as your eyes cannot tell the difference anyway and could potentially gain a lot of performance - so maybe there could be 3 modes: Full stereoscopic, full monoscopic, and a hybrid mode where everything beyond X distance (outside the cockpit?) is monoscopic?

Once you go VR, you don’t go back? General

You’re making a lot of assumptions here. I did use the Reverb G2 with Flight Simulator. Even with its 2160x2160 resolution, the ability to discern a stereoscopic difference becomes insignificant somewhere between a few and a couple dozen meters depending on the scene/object. Other visual cues take over in the brain to create a sense of depth after that. That’s why best practices for VR development have recommend not rendering objects twice if they’re more than a few meters away. It causes a per…

Prepar3d offers this option and it provides quite a performance boost.

Can you explain what you actually see in the headset? I personally don’t get it, the fun for me is the depth effect. Do you intent to see the same image in both eyes?