So this happened when flying in VR now. The (onscreen) mouse works fine, but the VR mouse gets stuck and lags behind. It is really frustrating to try to interact with the cockpit now. Why did you “fix” something that didn’t need fixing? 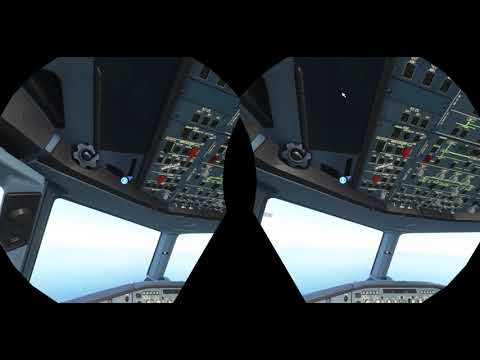 And why did you redo the interaction? Middle mouse button is for scrolling, not to select a specific action (Push or pull a knob), The new VR interaction with mouse is really horrible and has made the sim worse! First i got to hold down the right button (set by me as Zoom), then left button to select it, then press the middle mouse button to go from managed heading to a set heading.

And why - oh why - did you add that blue arrow that pops up? How do i remove it? It is extremely annoying. I KNOW where the mouse button is, it’s just stuck and doesn’t move like it used to before the latest patch(es).

Are you in legacy mode in the settings ?

Yes, my mouse gets laggy in VR too. It makes using it painful. It does usually go away after a while but it happens often to me. Agreed with @Pilotpete123. Going back to legacy mode is best for PC users.

If you have a Logitech Throttle quadrant, be aware that its jitters combined with poor management of interrupts in SU5 seems to be the root cause.

I have a logitech T16000m/TWCS HOTAS and the z-rotation axis of the stick has jitters. I don’t assign that axis to anything though. Are you saying that this could be the cause? Where did you get this information?

I guess a simple test could be to just rotate that axis to its full extent to stop the jitters and see if it helps. I’ll try it next time I’m in the sim.

Probably not caused by z axis jitters, as it’s not linked to a detente action. But worth trying out!

I am the source of the information, after testing multiple potential causes for the mouse lag.
I noticed that:

Nice troubleshooting skills and thanks for the details. I assumed it was a SU5 programming thing since it started with that update and didn’t take further action. However it makes sense that it could be a combination of the update plus a hardware issue. I’ll try to troubleshoot on my end as well and hopefully find something.

I have observed a similar issue. I am using an Honeycomb Bravo quadrant. Disconnecting it resolves the mouse lag issue. After reconnecting it I observe that the lag is gone. I will let it sit for longer and see if the issue returns.

EDIT: Still smooth after 20minutes. Was testing it on the CRJ. Will try the same thing the JustFlight Warrior which was exhibiting the same issues earlier.

Same issue with Logitech rudder pedals, when they are not perfectly centered mouse lags horribly in VR.

hello,
i had the same issue, mouse lagging in VR but not anywhere else. i’ve got a button to activate / desactivate my warthog throttle on my USB switch. i’ve tried to disconnect and reconnect… as suggested.
and it worked !
my mouse was smoth back to normal in VR after that…
never had this issue before those SU5 nightmare !

thanks for the trick !

I was gonna post about this too as I am experiencing mouse lagging in VR after SU5. I have a HC Bravo and will disconnect and reconnect it to see if that fixes the problem as an interim solution. Got my vote on this hope it gets fixed in the next WU…

Thx for the tips in the thread! Resetting my usb throttlequadrant fixed it for me. Still had other issues in VR as well. Especially with the menu’s like ATC, Fuel, etc. They would not show at all, leave out the interaction buttons (this happened with ATC making it useless) or the especially anoying and somewhat painfull one where the windows act like they are sticked to your eyes/headset. Full in your face and move with you no matter where you look.

Same problem with the sticking, pausing mouse in VR. Tried unplugging my Quads, but still the same. Will try the pedals and HC Alpha next.

As per the title, have any of you noticed since world update 6, the mouse cursor seems to moving at like 10fps?

I’m getting seriously good performance at ultra settings bar this odd bug with my mouse cursor. It never used to be like this for me until wu6.

I completely reinstalled the sim today and was hoping it would sort it. But nope still there??

I got the same problem.

With that, i got blurry thextures when the plane is moving. Its like seeing the plane 3 times, kinda a ghost of the plane doing the same movements. I even have floating lights at night. That game is buggy as hell chileeee

I get the wierd graphical cockpit glitches too, like the gpu frame sync is out of whack. It doesn’t last long and sorts itself out, however the mouse fps issue is seriously annoying me

As per with an update, let’s fix a few things, and brick a few other functions. Like seriously I’m kinda done with these updates bricking the sim 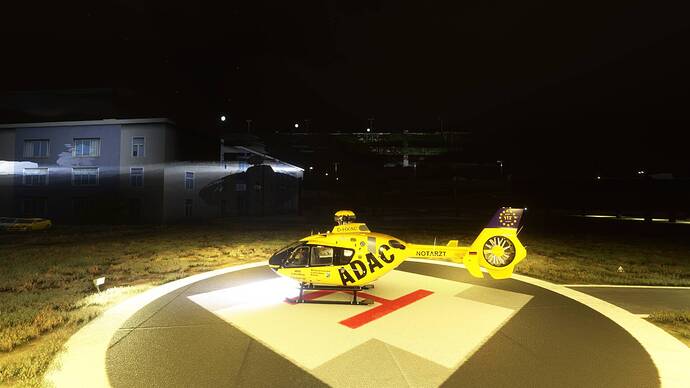 That is one of the bugs i got since the update.

Did disconnecting your Bravo solve your issue?