Multiplayer is a disaster compared to any other video game.

Plane matching is laughable, with A320 tail draggers. Planes you own don’t show up right, game tags don’t match the displayed models. The other day a tag said F22, but the model was a 172, not generic, and I have the F22.

You get generic if you don’t have the livery rather than the right plane, but a different livery.

Landing gear don’t show up until they’re a few meters away. Like they’re only in the highest LOD.

Planes are ok at a group flight start, then at the first destination, hover 6’ above everyone else. And not with addon fields at different elevations….default fields.

Servers with 5x higher ping work better, but then you get lag effects. No way to win.

It can take 2+ minutes for planes to appear after joining a server. Maybe. If at all. Sometimes resetting servers then going back helps. Sometimes not. Close players don’t show up, but you can see a tag like 50nm away.

None of it is getting better, and they keep saying they rolled out a server side fix…which does nothing.

I asked myself a question,
I notice that on this thread there is no complaint from the side of the players who have the RenoAirRace Pack, am I wrong? but when I watch the streams of these races, I don’t have the impression that the planes disappear…
Why on their side they don’t have the problems that we have in Multiplayer mode?
If people who have this Pack also have problems let us know

This is still a major issue. Last night flying with a group of approx 9-10 people on “All players”. (Not a private group, just a group of us flying on the same server) Multiple users would disappear at the same time, and sometimes everyone would disappear. (This happens over and over) You would have to switch to another server, then back to the one we were flying on for users to populate again.

This is one of the biggest issues in the sim that never seems to go away.

Asobo seemed to have figured out the correction needed in the past, but it looks like we are back to square one.

I hope they can figure this out, but this has been going on since SU5.
This is a sim built around multiplayer and flying with others…and we can’t even achieve that.

Yep, there seems to have been a small improvement some weeks ago but still every now and then, everyone vanishes!
No word yet from MS or Asobo as to an update - have they found the cause of the issue? Is it something they can fix or needs to come from a thrid party? And when can we expect it to be fixed?

Radio silence has been a thing for a while now…

Yep, it’s the silence that irks me more than anything. It would nice if they would even just acknowledge from time to time that they were working on the issue. As @SilentG37 said above, they were able to figure out how to “fix” it a few months back. And while it hasn’t actually been fixed, it’s definitely better than what it was after SU5. I don’t think we’re asking much, looking for a bit of transparency from the developers.

Uhhh me it’s been 1 month since I asked the question…
I was kindly told not to tag the name of the Community Managers, it was Strictly Forbidden…
Here is the response I got 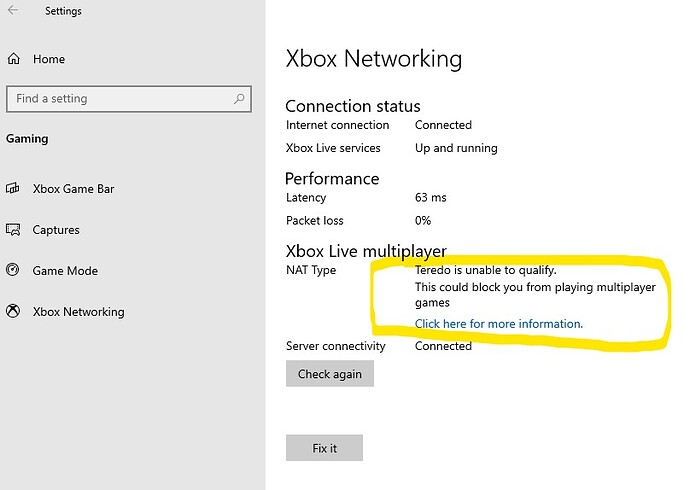 This might be the same problem I’m having after the Xbox version was released. I can usually “fix” the teredo issue, reboot, and it works…for awhile anyway. Sometimes multiplayer will work for an entire flight and other times I’ll “leave the group” unexpectedly and I’m left alone to fly the remainder by myself. When MSFS 2020 was a stand alone version, before Xbox, I never had trouble with multiplayer.

Tried a group flight last night. I could see all players on discord using my phone so I know there were many players around me flying the same flight plan. We landed at a location and as I looked around the only other aircraft were the live AI representation of scheduled commercial flights. Those aircraft I could see on my vfr map. I changed server to an alternate and back with no change. I then shut the game down and restarted with no change. Then I rebooted with no change.

Before changing servers the first time I reviewed my settings and I did have multi-player on.

These group flights are the only time I fly. And I don’t fly very often. This was the first group flight since SU7 was installed.

@BassMarmot48037 the network issue relating to Teredo is not linked to the Multiplayer issues we are having in this forum.

The issue we are having, we can successfully connect to the Multiplayer servers, but, at random times, players disappear regardless of their distance. Sometimes they reappear in a matter of seconds but other times it can take minutes.

It was interesting to see some attention given to the Reno Air Race but this was planned for the initial release.

As this logged bug “Multiplayer issues” is very complex, not to mention the additional functionality wanted when it comes to model matching, group sizes, formation flying, control of what users/aircraft type and so on - I would love if MS/Asobo would engage with the community to see what we actually want - Yes, we need it to function - hence the frustration - but if the devs need to look at the potential issue, would it not make sense to review its current capabilities?

There is also scope for the community to assist with these issues too. Private servers perhaps? - maybe Jorg or Sebastian could advise on that…

Thanks for your reply.
You certainly know more about how this all ties together than I do. I hadn’t had any connectivity problems earlier until the Xbox version of the sim was introduced.
Now when I try to fly with my brother he can see me online but I can’t see him unless I “fix” teredo and reboot my machine. Even with that we rarely can complete a flight of any length without my connection being lost. The only difference between us is that I’m still on Windows 10 while my brother has Windows 11. I won’t be able to upgrade until Oculus can get Rift S working in that environment but he doesn’t seem to have those issues with Win11.
Anyway, thanks again for your reply. I do appreciate it.

It shouldn’t matter about what OS you are using.
With teredo, which I did have issues with before - are you running any anti-virus or perhaps a port is being used by another application on your router?

The only A-V I’m running is the one that comes with Windows and I’ve kept my system pretty bare bones (mainly to just run the sim).
I don’t have any other programs installed that would interfere with those ports. Like I’ve mentioned, multiplayer used to be pretty stable until it wasn’t. I haven’t added anything new on this machine that would have changed that.
This problem is pretty tricky but I suppose that’s to be expected with the complexity of what Asobo has created.
Thanks again for your thoughts…

„Bug logged“ and then a „fixed“ for how many times? Just to realise nothing is fixed?

I mean coming from the beta and seeing what was reported on it and then subsequently ignored anyway by Asobo will tell you something. (VR issues, popcorn clouds, atc, and so on)

Many things above are valid points, but lets remain focused on discussing the issue at hand.

This issue continues to be an issue in multiplayer, and I hope we can continue raising this to Asobo.

I will link a post of a previous video posted by a community member that shows the exact issue being discussed in this thread. 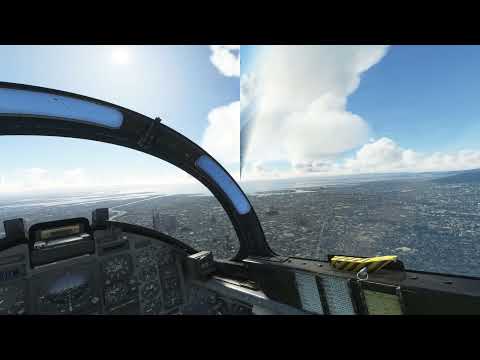 I hope this is still being reviewed and addressed by the Asobo team.

Hello!
How many multiplayer planes are visible at maximum in MSFS? It there an (internal) limit?
I took part at the MS Community Flying Events and I observed the event on twitch on a 2nd PC while I was flying.
I saw a lot of planes (20-30) at this event in MSFS as multiplayer but I do not see all of them (40-50) although they are all around me as I saw them on twitch. Some of them were missing.
Is there a maximum number of multiplayer planes or is it a side effect of the existing problem?

usually it focuses on the closest aircraft

I would rephrase this as “if you are lucky it focuses on the closest aircraft”.

We fly with a group of 8 every week and every week there is at least one person who does not see some of us or some of us don’t see him (it is not symmetrical). Planes far far away are visible to all of us. This also happens in remote areas where there are not many planes around.

What I am trying to say is that this is not just a problem of having too many planes around and selecting the wrong subset to display. There is a more fundamental thing going wrong.

Yep agreed - the maximum number of aircraft the sim will show is around 23 and should be based on the closest aircraft to you - that is not always the case - as I too have been flying with smaller groups and can see other aircraft way off in the distance - and yet some of our group disappear.

Still radio silence from MS/Asobo on this - I know they are working on it and trying to sort but its been nearly 9 months since SU5 was released and this became a problem.

9 months without a stable multiplayer experience and yet this “bug” is only appearing on the feedback snapshot at #19.