The update killed the sim. My sim keeps freezing. I can’t land. Everything is delayed. Performance is 0. 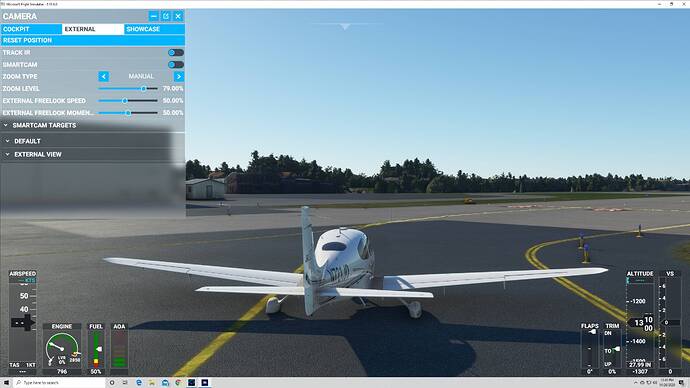 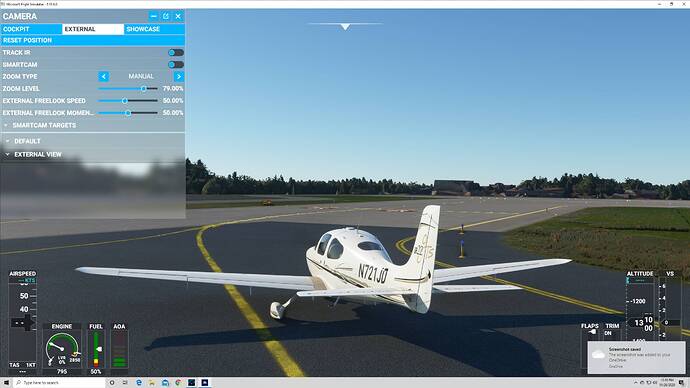 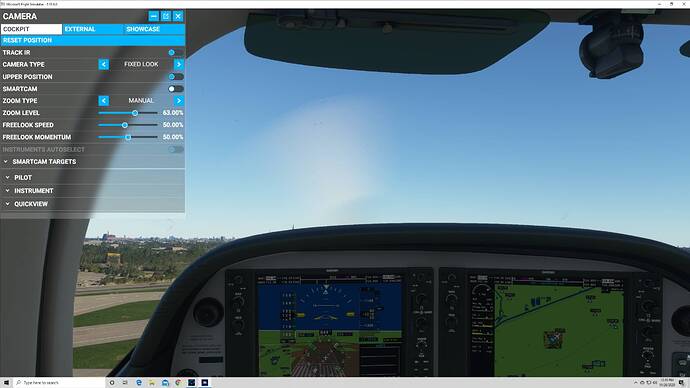 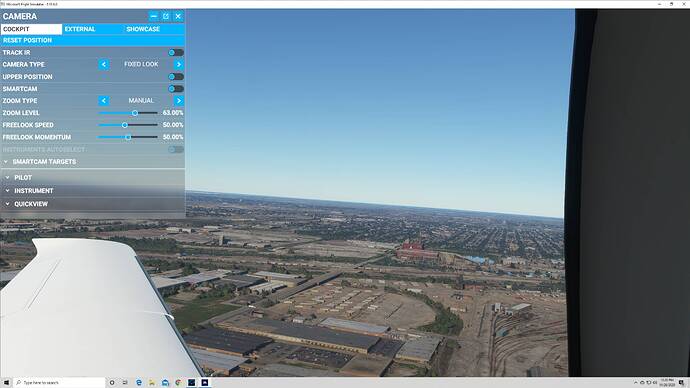 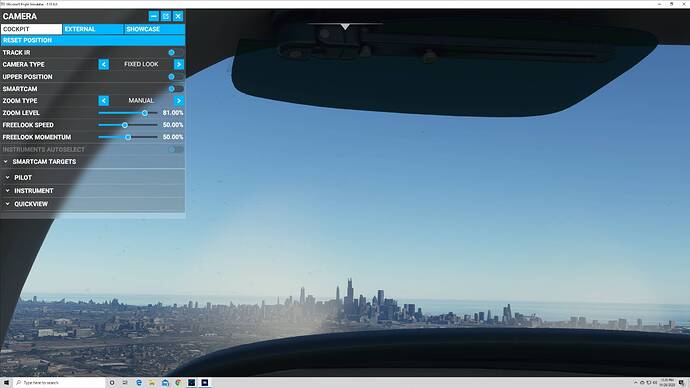 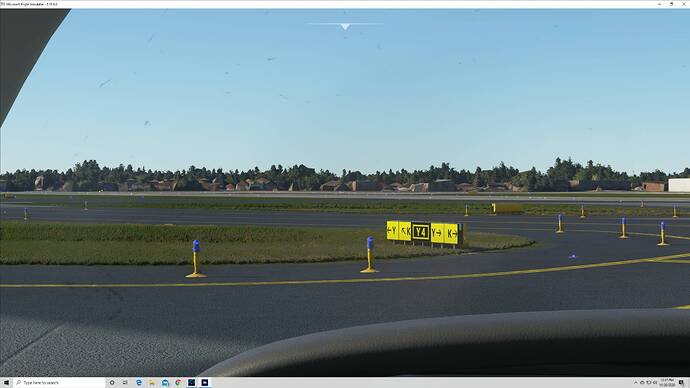 HELP!!! I just bought the sim on Tuesday via the microsoft webstore. Downloaded it along with the USA patch. I then bought FS Dreamteam O’hare. I also installed the A320 Flybywire mod, liveries for the A320, and Rex weather. I am from Chicago, so wanted to just take a fun flight around the area. Took off from MDW and the whole area looks like this!!! Does anyone have any idea what is going on???

It’s a bug that has been around for a long while, but never seems to get fixed.

UGHHH. Thought the new update was supposed to fix it.

Bottom line is the sim was released 12 months too early, asobo don’t know how to fix it without breaking something else, obvious not enough testing taking place as it’s more important to make USA look pretty??? it’s been over 3 months now and sim is no better in fact it’s worse, best option uninstall and walk away for a year that’s what I’ve done and feel better for it, if I could get a refund id never look at it again…

Hi after every new MSFS2020 update you need to remove all mods from community folder and only put back in after Mod developers have fixed to work with new game version, especially the A320 flyby wire they are usually quick to patch but no update yet.
ps check this thread below has most of the links to MOD most used by community and welcome to Beta testing MSFS 2020

Edit: To be clear I am NOT blaming the modders (where would we be without their tireless support and fixes) This game is currently on a 2 week life cycle with new patch/update by ASOBO , in all seriousness a Fully released AAA game should not be having major/minor patch updates every 2 weeks, but this game needs it because it should IMO be in Alpha/Beta release ,then consumer expectations would be more measured.
My point is after every update you need to start your game in vanilla format ie No addons, (there are hundreds if not thousands of mods not created equally and everyone is different) which can affect game.
I even now remove 3rd Party Official paid content, If SIM works ie no CTD, behaves as you expect, then you can add your 3rd Party / mod content back in to test.
If you experience crashes or unusual behaviour then its easier to narrow down what may be causing it. So as a example Carrendo (Official Partnered 3rd party vendor) now have their M20R completely broken by ASOBO releases, changelog is very limited with each update by ASOBO so they Carrendo have to continually test and appear to also rely on community for feedback on what’s causing issues. There is genuine frustration all around.
A few updates prior some Marketplace Airports were causing CTD, even Liveries, so this game is essentially BETA testing for community so what worked before update may not after, what works for some now, does not work for others so its a constant challenge. MSFS 2020 will someday be a fully functioning AAA game… but atm it has alot of issues to be polite. It is a beautiful /impressive game when it works. Happy flying and welcome to the community.
P.S Any issues you have you will always find answers/ suggestions in the msfs Forums.

Nonsense. It most certainly is not required, nor should it ever be required and this misinformation seems pretty clearly an attempt to shift blame. Also, it’s been reported all over the forum that the issues from this latest sideways patch, are not all related to add-on content.

Is not a incompatiblity in the Mod.
Is something related to default MCDU .
Try to do a normal flight avoiding to touch INIT page in the FMC untIl the aircraft performs the programed SID.
For me and for others works momentary until FBW find a patch.

I experience the same with CJ4. Autopilot is messed up. It only works for following waypoints but everything else is not. Alttitude hold, FLC not working at all. I dont know why asobo keeps messing up AP. I hope Asobo concetrates on fixing the game first rather than improving or adding new sceneries to the game.

hope Asobo concetrates on fixing the game first rather than improving or adding new sceneries to the game.

This times 100! They should really reorganize their process and just put a halt on design upgrades and focus on fixing everything first. That of course would depend on how many programmers they have as upgrades to visuals and such are typically done by 3D modelers. But even the new TAA, while making scenery look sharper, it ruined the clouds with serious graininess and screen door effects.

First Post!
After the last patch (11/24) today, the sim keeps crashing, (not the planes) so far just flying the Cessna Citation jet. Both with and without autopilot 4 times so far, usually between 5 and 15 minutes into the flight. no symptoms before it just stops, Very disappointed and frustrated!

Totally agree with you.
Developers should focus on real enhancements in the game.
Happy with 1.10.11 patch, dissapointed with 1.11.24.

I would just like the A32NX to work again.

I too had CTD when pressing ESC and requesting “Back to Main Menu”.
Removed FS Academy IFR, and now, no more CTD. Let’s know if that helped.
I hope FS Academy or Asorbo can fix this.

[repeating my post here, as this seems to be the larger thread on this issue]
Oddly, for a couple days, no problems at all. Today I now get a lock up (not a CTD) when I start a flight from the world map after I click fly and the plane appears on the taxiway. I can hear the engines and see the cockpit, but it is frozen. However, I can fly with no problem the landing challenges. Not sure what is going on, will continue to try to isolate it. I’ve emptied my community folder. My system is:

Yes, that is something I tried too. I clicked on Launch and also Play and nothing happens !!!
The only thing I can think of is wait for the next update, but I’m lost for now.

Thank you for the feedback !

Those of you having crashes or freezing… how much 3rd party content are you using? I’ve never yet had a single crash or freeze up but I’m running stock MSFS except for a single add-on, the Saint Martin Airport add-on by a group whose name I forget. I’m wondering if those experiencing crashes are mostly those that have a lot of mods and add-ons installed.

I have the same problem with C172! The throttle is often unresponsive or hangs with full throttle!