I see… I haven’t seen one of those before. It’s wicked ugly. Must it really be in THAT spot?

Typically they mount them a bit to the right of the pilot straight ahead view, which this is. So yes.

If you ever get iced up on an approach, you’ll be happy to have it (assuming it works).

A couple of other cool things I noticed. Prop sync works, which is awesome. Also, the pull out switch to turn on the oxygen is enabled. I’ll take it up to the flight levels tomorrow and see if it actually works. There doesn’t seem to be a way to refill the O2, but perhaps it automatically replenishes on the ground…Anti ice switches all turn on, so presumably that works. The de-icing boots do not seem to be animated themselves, but I’ll try to find some ice tomorrow to see if there is any shedding of ice effect that you can see.

I will also add that the while the aircraft is too light on the controls, I don’t hate it. I haven’t flown a Seneca V, but I’ve flown a Seneca I, and that thing is a truck. It runs out of elevator authority in the flare and it typically lands flat. This aircraft doesn’t have that heavy feeling that a light twin should have. The controls should feel heavy–which is something that Just Flight did really well with their version of the Arrow III. Carenado did get the adverse yaw effect right. This aircraft has it and you need to use a plausible amount of rudder for coordinated turns. This the first aircraft that has me wishing I had rudder pedals.

Liking the Seneca a lot-takes off and flies very easy for me.

Happy that a WX radar is included plus steam gauges instead of a G1000!

Currently doing a flight from Gold Coast to Dubbo in the Seneca.

I have a flight in the North coming up. Will use the Seneca for it and see how anti-ice systems hold up. 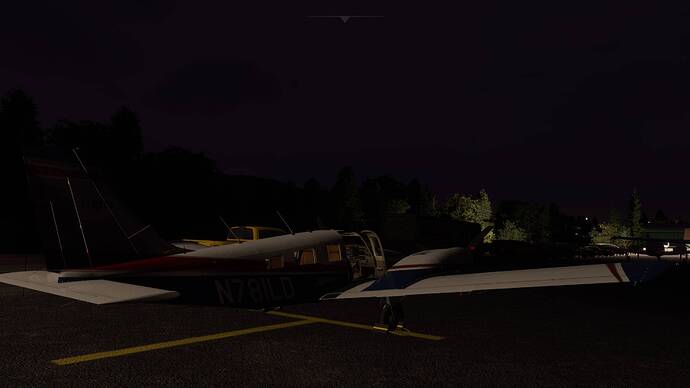 image2560×1440 154 KB
Ready for bed at East Sound, Orcas Island, WA (KORS). I was pretty reluctant to purchase another Carenado product after the Cessna 182, but I have to say that the Seneca V is looking like it is worth the money. It isn’t full fidelity, but most of everything one would expect to work for normal operations seems to be implemented. So far, the only slight surprise has been that the yaw damper is not implemented. Also, I have yet to test the performance to see how well it compares to book.

I’ll probably trade this in for the Milviz Cessna 310 when it releases (since that airplane should be full fidelity), but for now I’m optimistic that the Carenado Seneca V is going to be a good aircraft to fly while I wait.

Eh, not really interested in using stuff the aircraft doesn’t have - kind of kills the immersion for me. Kinda the same with imaginary autopilots for AC without them.

What really kills the immersion for me is not having to pay for the GAS.
Total Immersion killer !!

Does this aircraft have autopilot?

Yes, but I don’t think it should have Altitude Hold, but its AP can be forced to do Alt Hold with outside of cockpit controls (simconnect ).

CORRECTION. My Mistake… was refering by mistake to the PA-28 !

Does it have an interactive checklist?

I have about 400 hours as an instructor in various Senecas from the I to the V. The joke about single engine performance is that it has no critical engine because they both are.

No interactive checklist. But they are included in documentation. There is also a takeoff/landing checklist in the iPad on the aircraft. 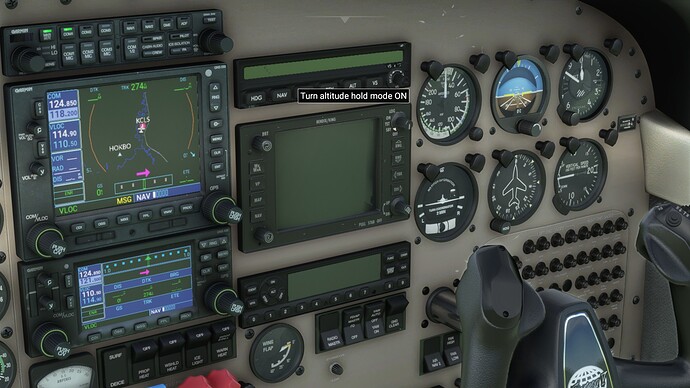 Does anyone one know if it’s possible to replace the main GPS unit with the PMS50 GTN750? It’s so much easier to use with a mouse and has Navigraph integration, which is essential for IFR in VR.
I don’t find it beyond the realm of possibility to have such a unit retrofitted into an aircraft IRL.

Just took it for a flight and I love it! Typical Carenado level of interaction and looks great! A few things I noticed:

Hopefully all things that will be fixed in the next patch! Not sure where Carenado look for bug reports so if anyone wants to add to this and forward it on, go for it.

Personally, I don’t find the anti-ice window annoying. You eventually just ‘see past it’ when on approach. This could be because I few the Seneca a lot in other sims.

Here is my short impression (i get bad english skills sorry)…

I really love the Seneca. Also the Details…

My first flight was a real test for the Seneca…

And yes … this anti-ice window is really annoying, especially it doesn’t work, so rather annoying decoration…
The negative aspects and mistakes have already been mentioned here…
next patch comes soon im sure.

Get AirHauler2 and you will have to pay landing-fees, gas, and your regular 25/50/100hrs maintenance.

Hmm. It’s probably just me, and I don’t want to rain on anyone’s parade, but I’m actually a little surprised by the enthusiasm about this plane.
Maybe someone could someone point me in the right direction here. I have the Carenado Piper Seminole and I don’t really see the big difference in the simulator. To me the Seneca only seems to be slightly larger, slightly more powerful, 6-seater Seminole without the T-tail. Even the performance (cruise speed, range, rate of climb) is very similar apart from the service ceiling (which without a pressurised cabin is of little use IRL unless you want to wear oxygen masks all the time)
If this plane were made by JustFlight I would understand, because the simulation of the plane would be far more sophisticated than from Carenado.

So what’s the appeal compared to the Seminole?