Deimos, most notable for having had their previous F-16 release removed after a developer found it was reusing files from another company’s payware plane, is back with a new plane, the Su-57 Felon.

Looks like it’s aiming straight at the Bredok Eurofighter* market. Only $9.99.

Shots are from the Marketplace listing, because with that set of displays straight out of a bizjet, I’m not biting even at that price. But I’ll be curious if anyone takes the plunge and can report how the animations and flight modeling are. (I think the panel speaks for itself.) 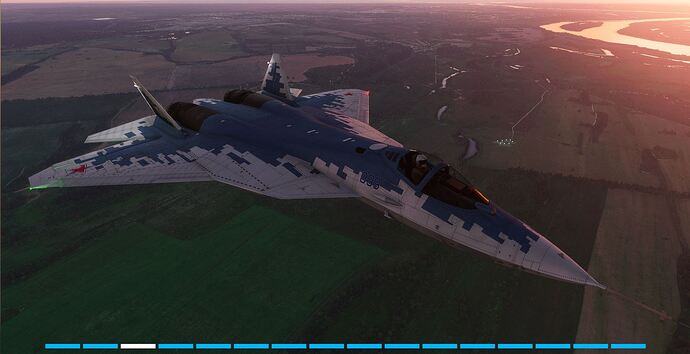 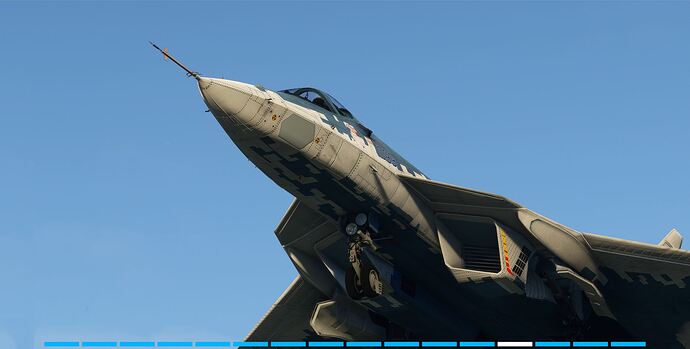 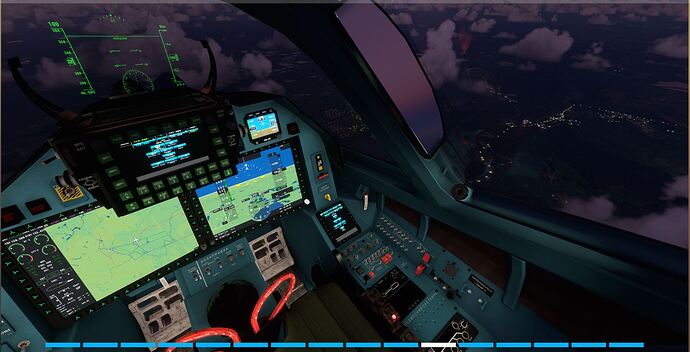 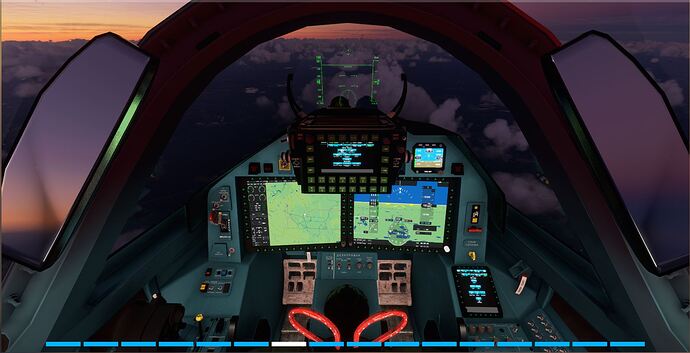 In Bredok 3D’s defense, he did his own flight model, and it was the first supersonic plane I saw on MSFS, so low fidelity aside it was at least an original product.

Zero elevator control. Even when under 500knots. And when at around 300knots with full stick back it rolls to the right and falls out of the sky.

My biggest complaint though is when flying in the cockpit view it blurs everything you see outside of the cockpit. It looks like it gives a depth of field out of focus effect through the cockpit glass. Looks awful.

I could have looked past the poor flight model, but as I only fly in the cockpit view it’s absolutely unacceptable and unusable to have it out of focus looking through the cockpit glass.

After stealing flight models from other developers
(F-16 Viper (Block 70) by DeimoS Inc - #43 by AssociateLeaf94) in the past, and even being thrown off simmarket (!!!) (as they usually allow the biggest pile of garbage) I’m losing more and more hope in the internal marketplace. Who approves this junk? How come the just flight arrows get rejected for being too buggy but this mess gets accepted? the mscenery mig15 is the same story, a buggy borderline scam. Don’t you worry about your marketplace’s reputation, asobo/microsoft, if 6/10 of aircraft releases on there are straight out trash?

MSFS news indicates Carenardo sale on all their aircraft, but they forgot to tell the marketplace. Any idea’s when MS?

Maybe restart your sim? I can see then all in the marketplace 30% off

People ought to not reward these clowns with revenue for putting this rubbish out. Otherwise, it motivates them to put out more of it.

Yep. Voting with your wallet is the only thing that works.

It’s too late - it has been promoted by the in-game marketplace.

Didn’t you hear? It’s faster than the Eurofighter! They even programmed in this little shimmy - the MLG360noscope pros call it mach wiggle - it’s how you can tell you are going really fast.

This “thing” even for 9€ is a scam, what the hell are you doing Microsoft.

At this rate, considering the low effort they can even flood the marketplace with 1 scam… plane (trash) or even more per month.

Is that really what you are aiming for MS ?

Yeah this looks really terrible. Zero effort made with the flight model, by the sounds of it. Zero care and attention. I’m not sure I’d download it even if it were freeware.

indicates Carenardo sale on all their aircraft, but they forgot to tell the marketplace

So this and the MScenery aircraft have no problem getting on the Marketplace but Just Flight’s Arrows can’t pass MS’s “Quality Control” checks.

Thanks for posting. Garbage like this should really be called out and “named and shamed” whenever it occurs to warn all simmers…

I snagged this from the market last night on Xbox and it is just all kinds of bad. I couldn’t even begin to tell you anything about how it handles in flight because anytime you start it up it just crashes my Series X. The eye icon in the Checklists to show you where things are don’t work which would have been nice since I neither speak Russian nor can I read Cyrillic. The majority of the buttons you can interact with appear to either not do anything or at the very least don’t change their visible state to denote On/Off. I can remember hearing all of the negative feelings about the F15 when it came out due to the state it launched in and obviously the price but at least I can fly the darn thing lol. Hopefully 6 months down the road there will have been an update to the Felon that Xbox finally gets in order to make it usable for people.

I don’t think hoping for an update with this “developer” is going to bear fruit. The only other thing they have done was an equally dysfunctional F-16 which was promptly pulled from ALL stores because it stole DC Designs’ work. MScenery is exactly the same way too - none of these things are put out to actually eventually have a decent product - the entire purpose is to milk the money with minimum effort.

I wait for an answer. Thanks

I know it will be trash without trying. Use the searchbar above and you will find the answer to your question in the relevant threads

I highly recommend staying far away from that Deimos Sukhoi plane that was released. As many here know, their stuff is really bad and their most recent aircraft (Viper) had to be removed from all stores because they plagiarized DC Designs code and had to settle with JustFlight. I can’t understand why they are still a Microsoft Partner. Those people are the worst.

for $14 it’s fine to ■■■■ around with, certainly not on par with the tomcat or pasta jet, at least it’s super easy to do cobras in

EDIT: AVOID THIS PLANE, handles like absolute ■■■■ after giving it a proper look, I am annoyed that I spent $14 AUD on this