It’s now very easy for developers to exclude sections of other projects.

I expect some will exclude parts of this if there are egregious clashes.

There may be some orphaned heliports though.

I can only say that we did not tell any of our testers the ships were static and none of them (not a single one) noticed.

Then you need new testers(!), if all ships are static that’s an immersion killer right there, I want to see the wash behind big tankers, construction ships etc.

Thanks a lot for your reply!

What do I need to enter to get to this object in the sim?

The additional concern is, if you are telling me that I need to disable all other nautical packages, that I would have to disable Seafront Simulations southern England pack. That adds the docks and harbors which this pack wouldn’t, since IT’S focus is the ocean. I want the ocean, but I also want the piers and harbors around England

We’;l have a look at that next week, thanks for the comments.

I want to see the wash behind big tankers, construction ships etc

Or you look at many videos and see that we do have that for the ships that were in motion in our database.

Oh no worries they are updating the sound pack very soon. Somewhere between last year and …well maybe next year

Interesting package. As I need to manage my sparse disk availibilty I wonder what will be the installed file size? Could not find this info on the website of Aerosoft?

It says 10gb in system requirements. Not sure if that’s exact.

Well, despite this thread turning uncongenial rather quickly, I have to say this add-on looks very cool and I’m pleased that someone decided to tackle it. Having read through the manual, it also seems to be priced very well. For helo enthusiasts it looks ideal.

Darn… That’s 336 bytes too much ;-0 No kidding, I think 10 Gb is okay regarding the sheer amount of objects considering some airports alone are over 6 Gb. …

Did anyone find ( @E1D1D1L looking at you

) or answer where this 50 trazillion poly rig is (joke, I know it’s not that heavy)… I want to see if my system falls over and dies or what…?

Got this last night so been having a bit of an explore with it. Absolutely love it. Really interesting idea and it definitely opens up an area of the world that would be otherwise passed by. I live in Scotland so have been exploring out over the North sea from Aberdeen but also between the South East coast of England and Netherlands and Germany.

It goes without saying that its mainly aimed at helicopter pilots but you can of course go sight seeing in any aircraft. I think it’ll really come into its own when the Agusta Westland AW139 gets released for the sim, whenever that will be.

Here’s some screen shots. I think might have accidently stumbled across the crazy high polygon oil rig. I noticed the detail of the various rigs does seem to vary. Out of the ones I’ve visited some have been better looking than others. I really love how all the flares are visible across the horizon in low light.

There’s certainly no shortage of POI’s. Its good value for money. 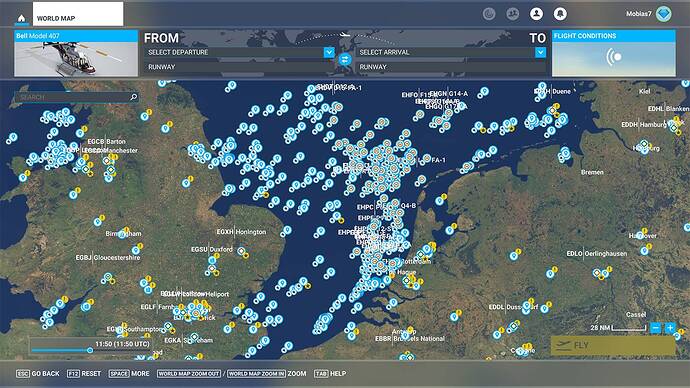 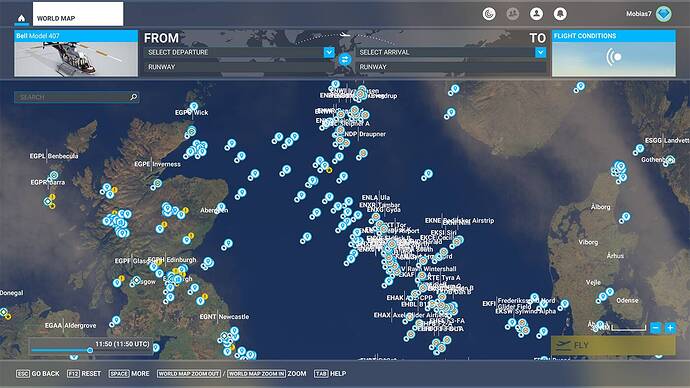 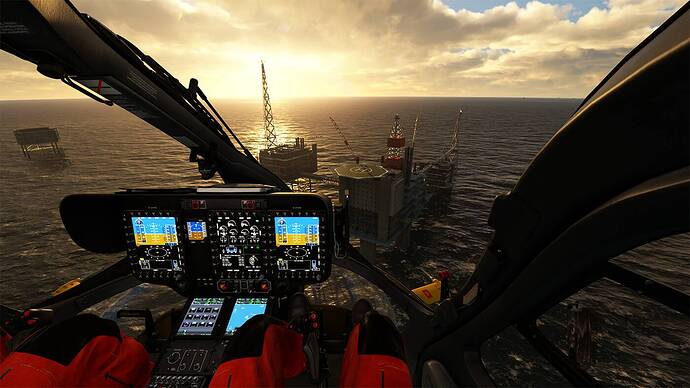 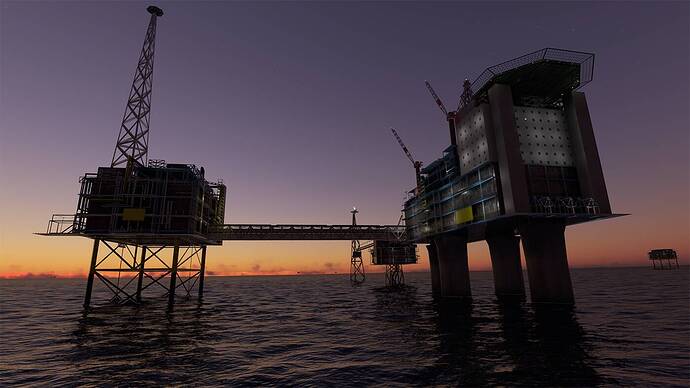 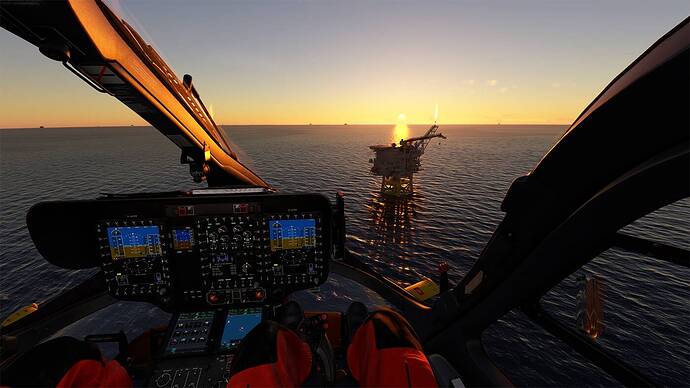 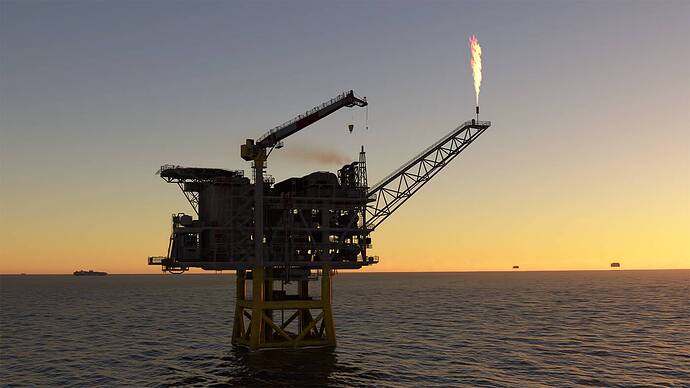 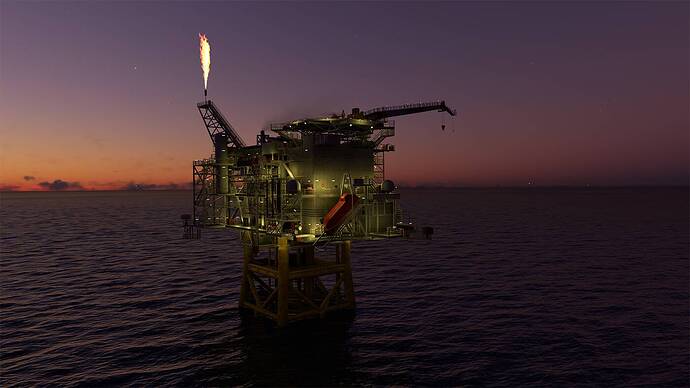 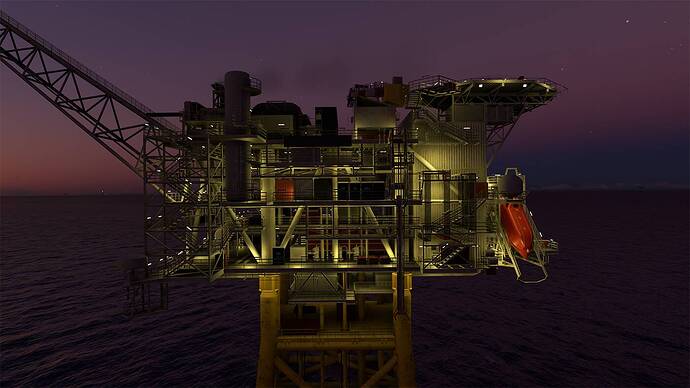 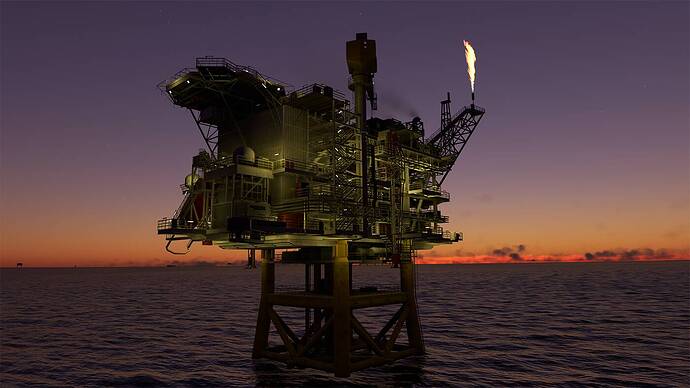 I’ve just started exploring this so obviously haven’t been everywhere yet (if I ever will!) but I am disappointed to see that the rig platforms don’t have collision colliders?!

I appreciate they are very detailed so not expecting totally accurate mesh colliders, but surely some simple box and cylinder colliders would have made sense to approximate the main structures? Only the helipads are a solid surface, the rest you can just fly right through (including the netting around the pads).

Are ships the same?

They look great though, and really good lighting around the helipads. There is tons of stuff everywhere. Maybe with the Vessels SE and Seafront Shipping it’s a bit heavy for my system around that Dover area so I will need to see what I can tweak but so far so good apart from that top issue (for me)…

Any idea where it was?!

It was definitely somewhere here. One of those 100 or so oil rigs.

Good luck. Should take you most of the weekend, unless you strike lucky, or indeed oil. 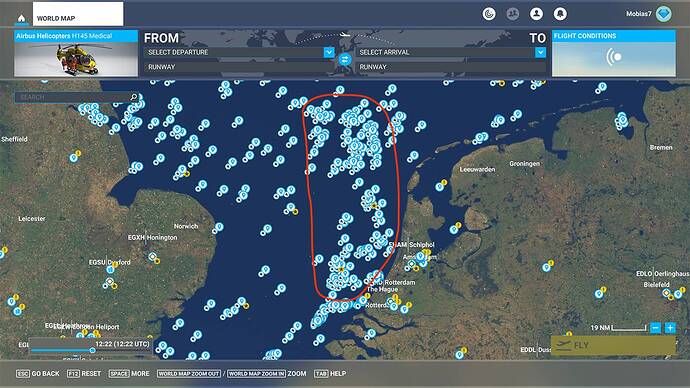 edit. The rig shown in the TheFalconOne’s post earlier in the thread appears to be a different one…

Hahah well that narrows it down. But doesn’t if that’s a different one. The hunt continues!

Hmm, started to really struggle with dropping frame rate near Rotterdam. There is a lot of ships there. Flew inland and it didn’t recover then got my first CTD for months. Seems like things not being cleared from RAM properly?

Does anyone know if these helipads can modded so the Osprey can take off from them (or can the Osprey be modded?) I always want to use my Osprey more so I was sad to see I can’t use it anywhere here. (Otherwise seems like a very fun add on).