Not one penny more until CTDs get fixed

Its strange how diffrent PC,s work, Since SU7 iv not had 1 CTD and thats with 40GB of addons

Many people state many reasons for the sim not to work but, I am a customer who bought a production which Asobo claimed to be the best sim ever. I’ve been with it since day one, spent a small fortune on add ons, spent hours sorting work arounds from bugged updates, am not a pc engineer or software developer and didn’t expect to have to be to play a game!! and to top it all live weather does now not work and told won’t be fixed till next update…That’s 2 months off! Then we can have even more bugs to fix. and so it goes on… Not one penny more am I spending on this sim… To get one flight in 10 that might work, I don’t think so… It’s just not good enough.

Understand, but what about the (literally) millions not in this forum?

The same on X-Box Series X. The Games crashed suddenly, mouse freeze and so on.
Never saw a Software like this. Is defently beta or just alpha Software. Hope after the miss launch of the PMDG DC6 that something happen to make that ■■■■ of software called MSFS2020 in a playable game.

And sure i dont buy anything like Reno or so until the Game is playalbe.

Agree with the sentiment of this post (I thankfully don’t have the CTD issues others are experiencing),. I was just about ready to purchase touch screens and Knobster along with finally buying some payware aircraft.

As it stands now that is indefinitely on hold (again). I have literally gone from playing every single day to just a couple of times a week. I’m tired of screwing with settings that change every time I load up to incredibly ignorant-should have never been released in such a state ATC and AI that cant be used. The whole screwing of the weather system and modeling when, aside from the wind issues, it was not really ‘wrong’ as many claim has put me off greatly. BTW, the clouds are just flat ugly, I don’t really care how anyone tries to spin it.

I’m done. I’ll will keep playing and checking for promised fixes that are a year overdue and seem to be 2 to 3 years away at best. However, I am not buying anything else for this sim, it’s not worth it in its current state and I have heard (literally) nothing of any substance from Asobo about if…how… and when that will change. I think Asobo has finally killed FS2020 for me.

I was never into X-Plane. I have played FS98 through to now FS2020. I have begun to follow X-plane more and more since these past few “updates”. I love how much potential this platform has but Asobo keeps breaking things with every update. For every single fix they put out I feel they break 5 things that had worked before.

are you new to microsoft products?

I’ve never had a Microsoft product crash 80% of the time I use it.

When you say 30 mins, is that consecutive? Eg if it CTD and you immediately reloaded it, does it last another 30 mins or less? If less than it can be a heat problem. I hope I’m making sense.

It really depends, can be anywhere from ten minutes to an hour. Temps are okay though.

If you look at Steam as a fairly good indicator of numbers, also Twitch, there are literally not millions of people playing this, at least not consistently at any one point. If there was there would be little doubt they would toot their own horns, it is a tiny community in the greater scheme of revenue streams through entertainment. I don’t think we realise how small a slice of the whole pie this is for MS , we like to believe it is this huge cash cow, but it simply isn’t, HALO is yep, look at numbers there. We all wish it was as important to “them” as it is us but it simply is not so.

We all wish it was as important to “them” as it is us but it simply is not so. 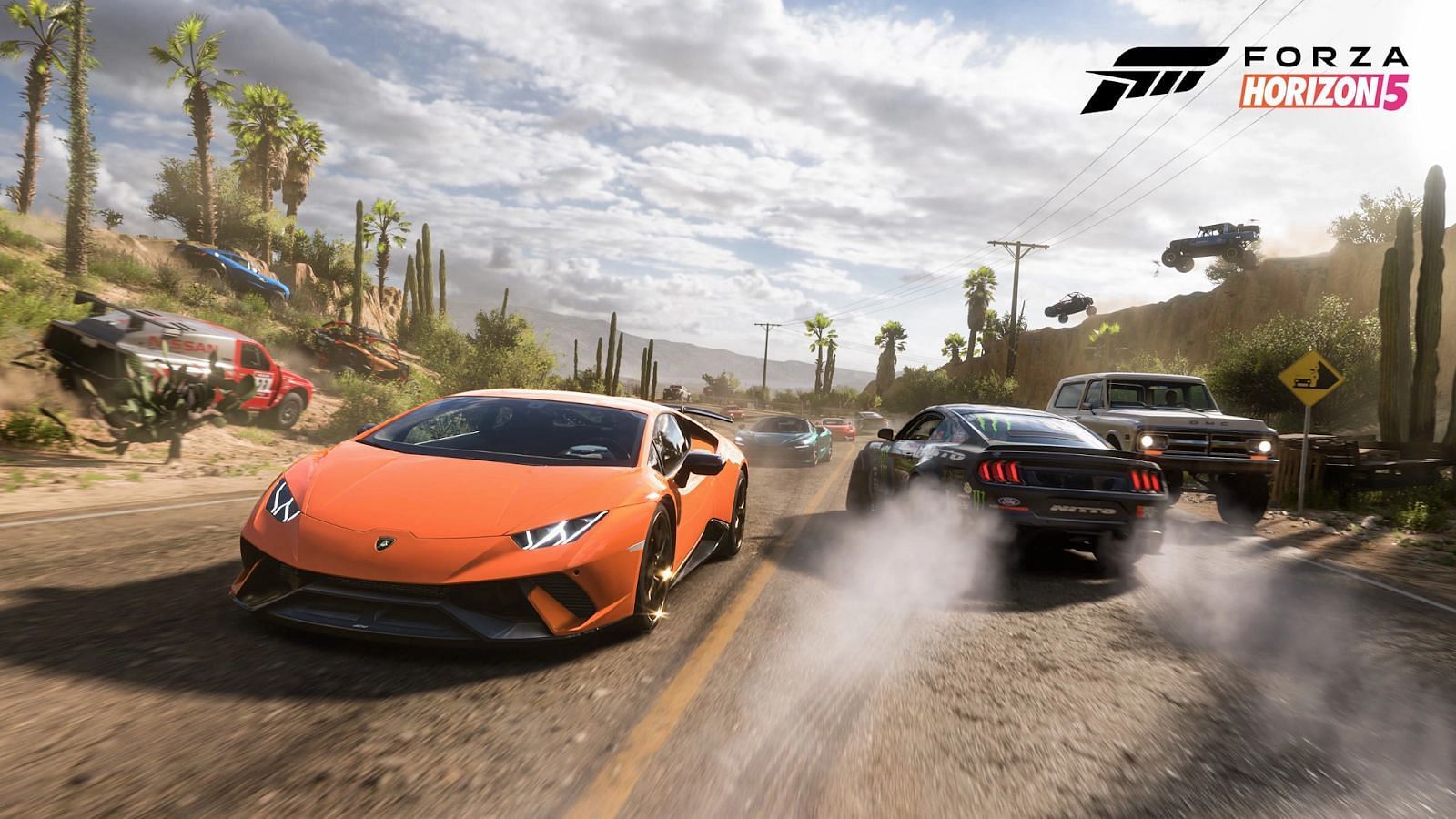 Forza Horizon 5 sales: How many people are playing the game?

Forza Horizon 5, the latest iteration of Xbox’s flagship racing franchise, takes the series to the beautiful and vast country of Mexico, filled with unique biomes and distinct weather.

We may never know, if the millions stay silent. But here is a thought. The people on this forum might be considered the inner circle of users, they are more than casual in their FS use, and some are die-hard aficionados of both the genre and the brand. They could be the bulls eye in the target. Or, they might not be.

The early pre-launch hype certainly was aimed at this bulls eye, but has the sniper set their sights on a new target? Is the true target now the outer ring, the silent millions who might use it a few times and then move on?

Has this target change (hypothetical or de facto), allowed standards to drop, corners to be cut, compromises to be made? For those millions in the outer ring, this matters little. But for the members of the inner circle (especially the subset of that group who have experienced issues), there is perhaps a melancholic sense of disappointed betrayal.

latest nvidia drivers can cause problems.

its not strange, pc’s are all different.
but there should not be problems on the consoles.

steam says nada for thsi title, gamepass users yoiu forget, and i bet there are a lot.

They would indeed be blowing their trumpet if the numbers were significant.

Just as they have just done for FH5

Forza Horizon 5 sales: How many people are playing the game?

Forza Horizon 5, the latest iteration of Xbox’s flagship racing franchise, takes the series to the beautiful and vast country of Mexico, filled with unique biomes and distinct weather.

Correct but the numbers are not there for PLAYING when it comes to any “simulator” if anything I could say the biggest ones in the world are the racing sims and they don’t even get massive numbers compared to your “regular” titles.

Also I would bet heavily that the majority of people simply got the sim with the Game Pass, a tiny fraction bought it for $60 or whatever it was.

and they don’t even get massive numbers compared to your “regular” titles.

I would agree 100% but the FH5 announcement was a good example as MS/Xbox games have indeed been blowing their trumpet about those numbers and if FS2020 were anywhere near that then there would be a lot of noise made about it.

You don’t really need need to dig too far to find plenty of other examples which put player numbers into perspective. HZD sold 10m copies on PS4 alone in its first 2 years before it was even released to PC. This trend repeats itself all over with “regular” titles.

I suffer similar issues. If I play the base game with no DLC I generally have no issues unless I fly long flights above 8hrs. However soon as I use DLC I can almost CTD at any point. It’s almost as if it cannot handle the sheer amount of data. I am not sure if it’s the same on different platforms, maybe less of an issue with PC due to varying specifications, but as an Xbox user it really suffers.

I had thought the CTD issue was open and being investigated as a possible memory leak type issue. I have found after GOTY it’s gotten even worse though.

I’m the same. I’m suprised they didn’t even come out and address how bad the last update was.

Nada, not even a hotfix