Not trying to be a jerk, but you can google that and get a lot of hits on how to revert to an older version of a driver using a few different freeware and payware tools (DDU is a very popular one, and it stands for Display Driver Uninistaller). Read up and be careful when you do it, but it’s commonly done using the tools available for free or a small-fee to download. And the drivers themselves are also online from nvidia and other places.

Absurd … better 1 who knows than 10 who seek. It is a delicate operation and advice is important!

I have the same GPU/CPU and is experiencing exact the same thing - I am wondering if something else is going on?? the GPU/CPU relationship?? But I am reverting back now - this is just hopeless for me.

You can download an older version from the Nvidia site. Like many here I use 457.30 as I find it gives the best results for my setup.

If you don’t want to use the DDU utility to uninstall your current driver you can just uninstall it from Windows from the settings apps screen. 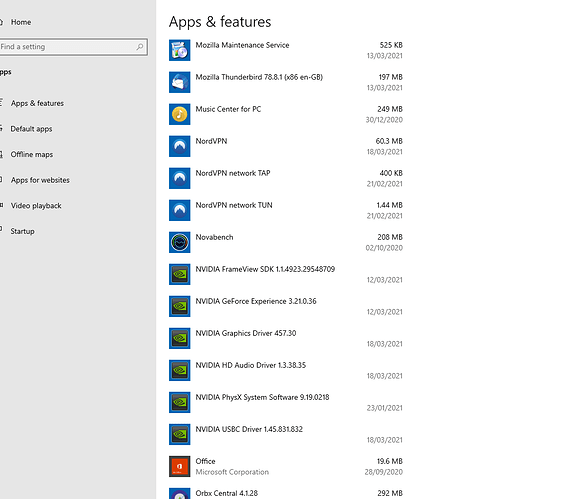 Reboot your PC and it will startup in a low res mode without any drivers, then just doubleclick the older driver you chose to download. Wait for it to say install is finished, then reboot PC again.

Takes about 4 minutes on my PC.

I also went back to the 457.30 driver. I thought the latest looked a bit better but I lost about 7 FPS.

No change noticed and no problems noticed.

Oh man, I’m tempted to try the new driver with my RTX 3080 as the reports of improved performance seem to be coming from people with 30XX cards, but im 95% sure I will just revert back to 457.30 as I expect the new one to be worse…

Testing performance of a new NVidia driver using MSFS is like trying to stabilize your plane inside an hurricane. If you want to know, use another Sim or Apps or Benchmark tool. MSFS is unstable and show random performance which drive me crazy.
Yesterday I nearly found a pattern of reproducible cases and it involved my dog to be with me in the room, or not. It worked 2 times, performance was similar, but failed the third one

No, no, no, save your brain, relax and be patient hoping Devs find the root of those random perfs problems. 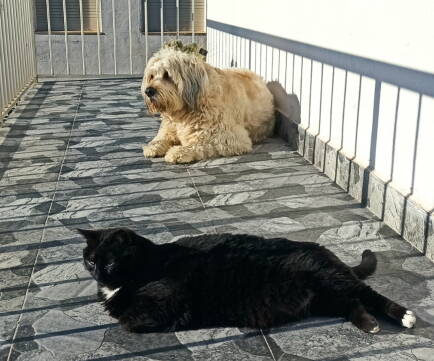 The older driver is epically smooth, super even frame timing, although FPS could of course be better in dense areas. The newer one takes all enjoyment out of the experience for me, as the judders are so distracting and completely ruin any form of immersion.

There is one recommendation on OverKill chanel, looks like it helps for some people https://youtu.be/fSXX6jyuG3U

Guys, I am a lil newbie in terms of software…but after each update from nvidia, all my graphic config is reset. For every game. Is it normal?

Not mine. Mine are set at pure “Ultra”.

Here is an update to my previous post. I’ve had VR crash on me (not the sim) twice now, in the exact same place, on final to LAX in a C172 while using the 461.92 drivers. What happens is the image freezes in my Index, but the sim continues running. What’s even weirder is that if I take off the HMD, the split VR view is still running on my desktop monitor, so it seems like the crash is within the Steam compositor or something. I’ve only ever seen it in MSFS, with the new driver and latest sim update.

MSFS performance affected by presence of pup?! I would’ve doubted it, but your tests make it seem pawsible. Maybe even plawsible.

You are probably allowing GeForce experience to adjust your game settings

Either turn off that option or just don’t bother with GeForce experience and install drivers manually.