First the hardware - Intel 9600k, 32gb ram, Geforce GTX 2080, Oculus Rift S.
I started with my first impressions being a total nightmare- choppy, slow, the works.
Then I found this Youtube guy called “VR Flight Sim Guy” and followed his two videos on tweaks. No magic wand, just some tweaks and holy cow, it fixed EVERYTHING! I now use his settings (even bumped up the rendering) and am totally happy. Everything is smooth. No stutters, no crashes, nothing. It just works. Gosh, I tried EVERYTHING for YEARS to get Prepar3d to work in VR this well. Never got it nearly this good. I have my HP Reverb G2 coming in a week - hope I don’t bust my smooth operation!
In any case, give it a shot. I hope it works for someone that’s struggling!
Here’s a link to his second tweak :
Joe
https://www.youtube.com/watch?v=jReDq1ingXI

The second video you link to is for the reverb… I can’t seem to find the first one talking about the Rift S…
Could you please share it?

Thank you for the share. There is a lot of settings and it’s not obvious in the beginning what I am to do gain the most from VR.

So sorry for the confusion! I should have made it clear. The first video he mentioned all over the place that the Rift S could be the KILLER VR for MSFS considering all of its qualities. Even though he has a Reverb 2, he was giving the settings as if he has the Rift S.
In any case, I just input all the settings he has for the Reverb 2 and it works beautifully! With weather, high/super low over cities, the works.
Here’s the first video -
https://www.youtube.com/watch?v=KKt7G8Qfuq8&t=719s
But make sure you watch both as the changes in OpenXR are important.
Also MAKE SURE to get the path to OpenXR set right! if you don’t it will RUN but not be working in the game; I found that out the hard way.
Here’s a link to that:
https://flightsimulator.zendesk.com/hc/en-us/articles/360018555179-How-to-install-OpenXR-
After you make the registry changes - every time I click on the “make active” in OpenXR, it UNDOES the changes I just made in the registry putting me right back where I started, and the bad framerate is back. If you just make the change, open the app, you can look on the developer tab and see that it’s all working now. There you can change things to your liking, and then just minimize it.
Hopefully, this is a better help!
Joe

All above is nothing about Rift S.

above is nothing about Rift S.

The YouTuber, although he has an HP Reverb G2, was recommending Oculus Rift S settings:

So sorry for the confusion! I should have made it clear. The first video he mentioned all over the place that the Rift S could be the KILLER VR for MSFS considering all of its qualities. Even though he has a Reverb 2, he was giving the settings as if he has the Rift S.

The OP of THIS thread has tried the recommended settings on his Rift S and finds that they work great.

Mmmm, downloading OpenXR for Windows Mixed Reality headset is useless for us Rift and Rift S users who use the OpenXR implementation inside Oculus software. I don’t see how this could improve our experiences… But I’m ready to tests all possible things to try to improve my current horrible performances…

All I can say is read the last link I posted it starts with the following - “ If You Are Using a Non-WMR headset:

Sure sounds like OCULUS RIFT to me, and this is from the MSFS 2020 people!
I don’t understand why people don’t read the FULL post before starting a flame. All I was trying to do was use was what the MSFS folks told US to do about VR and pass it along for struggling people.
Before I did it, I had a stuttering, lagging, warped mess. Afterwards it works great. Don’t think it was magic. Anyone that wants to try it differently, I say go for it.
Merry Christmas all!

confusing topic but to put right if registry entry not in rift does not work . ASW etc still broken when registry entry in. So improvement is not working to sort of working. The extra stuff in the dev tool only works for wmr . You have to install wmr for that to enble . As far as I know zero benefit for rift users but I could be wrong.

As far as I know zero benefit for rift users but I could be wrong.

voted for my hardware expect better

for the life of me can"t my rift s to work in pc or steam. states no headset found. I at the end of my rope

What helped for me is enabling the public beta test channel in oculus service. The sim now runs very smoothly. You can see the rest of my settings in my post:

What settings do you run in OpenXR? I did not notice any effect on my Rift S

It will not have no effect, stop believing all you read on the Internet

Installing OpenXR Dev Tools is useless for Oculus users, and will have zero impact on your experience.

Oculus users can only use the OpenXR implementation on their headset which is the json file inside Oculus directory (mine is at “D:\Oculus\Support\oculus-runtime\oculus_openxr_64.json”), the one you point with the registry.
Pointing instead on the OpenXR runtime (so clicking on the “Define as active runtime” in OpenXR tool) will lead to a logic “No headset Detected” in game.
So let’s assume you install OpenXR (like I did few minutes ago for testing purpose), you can’t initialize your Oculus headset with it as it’s not a WMR headset.
You still can change the settings like described in the video but it have zero impact whatever settings you do (render scale, retroprojection, etc.) like I just tested again few minutes ago, because you can’t use the OpenXR Runtime provided, only the one from Oculus.

Ok new here and a advocate of the KISS principal (keep it simple stupid) .I have been a simmer since fs2000 and had my share of tweaking over the years so now i just want to fly and enjoy what im seeing. My rig consist of a i9 cpu and a gtx1080ti fed by 36 gigs of 2660 ram all running at stock oc speed. It is easy to get lost listening to all the suggestions about doing this and that if you do not keep track of every move you make to get thing right for you. I fly with a oculus rift S and my OS and Flight sim are on separate mdot2 drives. FS2020 is demanding on my gpu and as temp rises gpu performance decreases as a king of self protection. First thing first get MSI AFTERBURNER or the likes and pum pup your fans to keep temp cool. In NVIDIA CONTROL PANEL set power management to prefer max performance and texture filtering to Hight performance. These former things are basic but often forgotten. To avoid problems with all oculus headsets and FS2020 in the oculus page go to setting ,beta and join the beta gang. Restart your oculus and that alone should get your head set working without any problems. Download oculus tray tool software ,nothing else. Learn how it works and what it does . Now the big secret to success : start with the lowest settings in both FS2020 and oculus tray tool and one by one start to push numbers to a higher setting keeping track of what you did previously. Now that you have an acceptable image and before anymore tinkering STOP,dont look at the fps meter just fly the dam thing. If for some reason you would get the urge to fiddle your settings ,print your settup page as a base line to go back when you get in deep sh… The following link is all the info you need to understand how moving a single slider or going from medium to high can ruin a perfect running sim.VR Bang-For-Buck Performance Guide

My experience is this:
I own a Rift S and my specs are: i7 10700, 16GB, RTX2080super.
The performance is amazing!
I have render scale 100%, almost everything in High with just a couple of things in Ultra and Medium.
The experience and graphic quality is hard to explain.
I set Beta testing in Oculus and in the rift S Device’s Graphics preferences, I set to Prioritise Performance. Just That. (Oh, and I disabled ASW in the Oculus Debugtools)
I flown over big cities and amazing landscapes with smooth performance.
Happy Flying!

I never heard of it. What is it?
But anyway, I base my comments on my perception. You could say, the whole experience. The only thing hard to control are the planes with keyboard. I’m waiting for my Joystick to arrive this week… 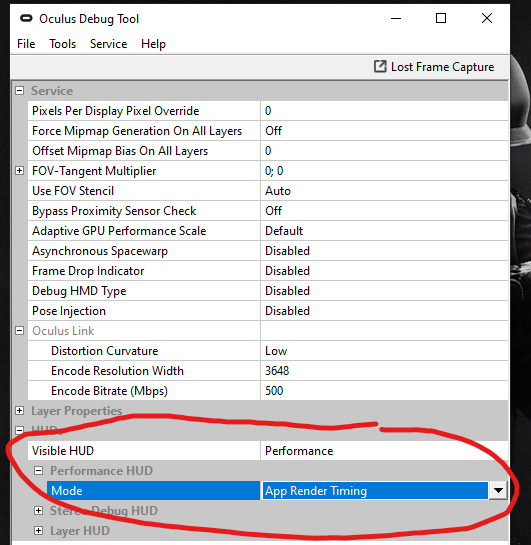