20 Missions? Am I dreaming? Someone wake me up this is amazing news!

Spruce Goose will be a lot of fun. Didn’t it only take off once and not get more than a few feet above the water? It will be interesting to take it on longer flights.

Meigs is coming back. Probably the airport most of us took off from for the first time. I can’t wait.

Didn’t it only take off once and not get more than a few feet above the water? It will be interesting to take it on longer flights.

Correct, and I’m TOTALLY stoked to fly that monster!!

You want to know what I am stoked about? 13 aircraft! All free!

So happy for missions & heli’s. Hopefully it’s just the very start for both.

I really want that A310, it’s been on my flightsim aircraft wish list for many years.

And the best part is, it will be study level!

It will be interesting to take it on longer flights.

Experts are still debating whether the Spruce Goose is even ABLE to fly, or at least able to fly with the cargo capacity she was designed for. On her one flight she was basically empty and never flew higher than 20m and so never left the area of ground effect. After all there must be a reason why the aircraft was never used again.

For the sim, we’re all expecting it to fly, yes?

We will have to wait for the release of the Caspian Sea Monster to get the ground effect cargo boat/plane!

I also would like less effort spent on ‘fascination’ planes…like the Hercules.
It has no value other than as an historical curiosity - better to have modelled it as a static scenery object like the hospital jet or the Queen Mary in Long Beach
Are they going to make it perform to some imaginary level? Or are we to just taxi it around and then shake all the screws out of it in a single takeoff run like Howard did…
I’d rather have a truly significant historically important if not vital Boeing 314 or Sikorski flying boat than this notorious boondoggle. Hughes was under investigation for war profiteering and was suffering from mental illness by the time this project was in full production. Meant as a massive flying troop ship that would be both faster to carry military personnel across the Atlantic and safer (potentially) as it could not be torpedoed (at least in flight) it was by the end of the war no longer needed. Uboats had essentially been eradicated by then.

I played but can’t remember if Flight Sim’s before 2006 had missions but i definitely remember & enjoyed when FSX (2006) had about 50 missions including the Acceleration Expansion. You can look it up on youtube but they ranged from search & rescue, transporting passengers to Area 51, rescuing people from an exploding oil rig, airliner performing at an airshow, red bull air racing, transporting cargo around the amazon in a seaplane etc. All with scripted voiceovers & goals. Sounds like they’ve chosen 20 & remade them.

Very cool fact about the Spruce Goose, Howard Hughes was not even planning to take off, it was a high speed test only, he even got in trouble because of this moment and some other things: 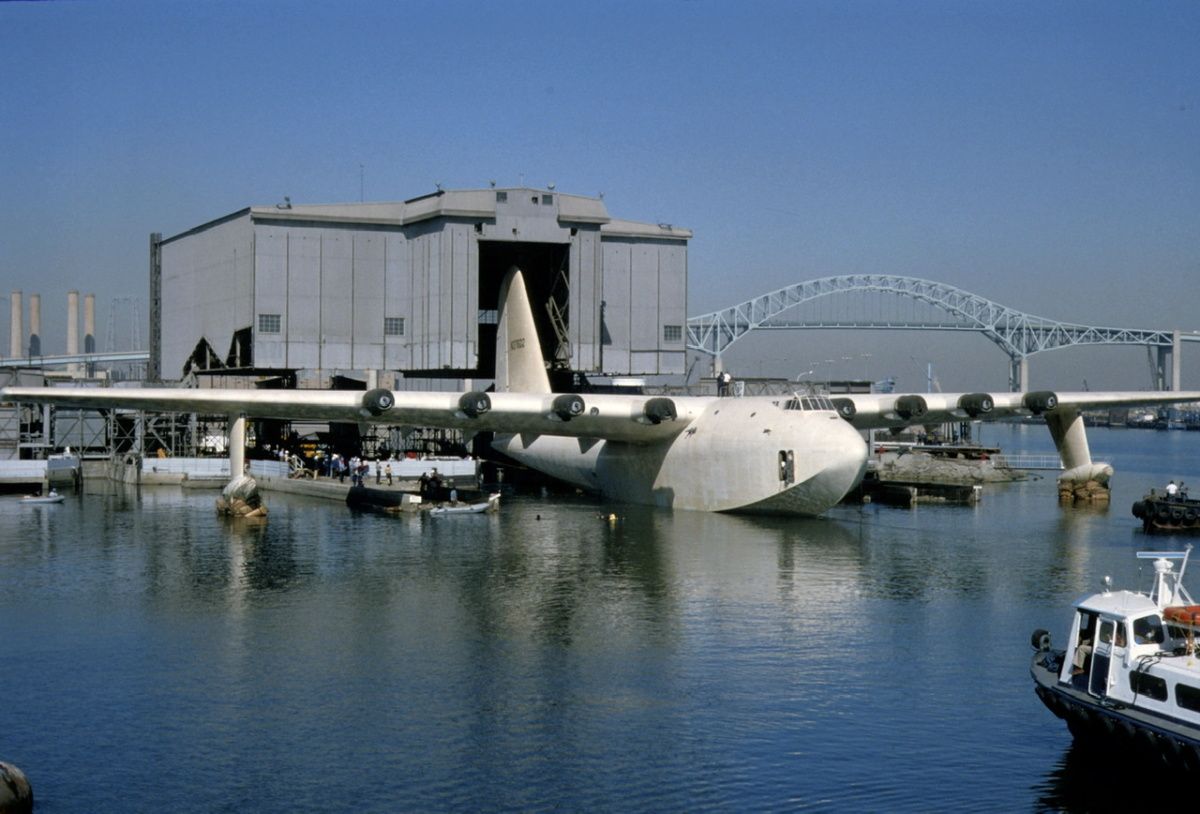 I also would like less effort spent on ‘fascination’ planes…like the Hercules.
It has no value other than as an historical curiosity - better to have modelled it as a static scenery object like the hospital jet or the Queen Mary in Long Beach

Alas, the Hercules prototype is kept indoors so isn’t visible from the air. But a POI model of the Evergreen Aviation & Space Museum would still be nice, they have some planes outside and the buildings are attractive.

I also would like less effort spent on ‘fascination’ planes…like the Hercules.

I don’t quite get this sentiment. If a 3rd party decided to develop the Hercules and MS approached said 3rd party to allow it to be included as part of a sim upgrade, how does that effort have any bearing on anything other than that developer’s time?

It isn’t like Seb and Martial are building that plane and ignoring other important sim development.

it wouldn’t be a requirement that the H4 be represented outdoors since we have drone cameras and can go anywhere. This brings up a point that is rarely discussed WRT to POI’s and the MSFS drone camera system. Some 3PD scenery modelers understand the potential and add intricate detailed interiors to their airport facilities, But MSFS by default only do this minimally.
Seems there is a whole lot of unexplored territory when it comes to scenery in MSFS and the drone camera feature. It might even be possible to add the music and PA announcements as ‘engine sounds’ in some of the most notable museums and fully explorable POI’s
…it’s just a thought

folks are free to develop whatever they like - just as I am free to express an opinion about it.
so no worries…
I often wonder why so many folks insist on an AP system even in antique aircraft that had no such system installed - wanting a flight simulator so they can set an AP and NOT fly the aircraft in it.
I could go on and list ALL of my opinions here if you want to go through them one by one…tell me what else you don’t get.

City Updates are promising and a good idea. But I just now realised something. Bing Maps is using Google Maps imagery :)))) I was curious if they updated my city since it wasn’t updated over 3 years and the imagery is from last year google aerial view imagery. :)))