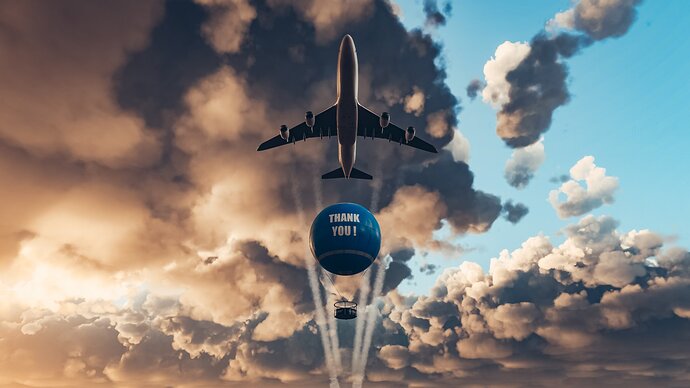 Earlier today at gamescom in Cologne, Germany, the team was proud to make some new announcements about Microsoft Flight Simulator. See below for details:

Finally, public testing for SU10 continues. Last week, we deployed a new build to testers (PC only) that was specifically targeted at improving performance in DX11 mode. The feedback from testers about DX11 performance with this build has been very positive so far. We will soon be releasing another SU10 beta build, this one for both PC (MS Store & Steam) and Xbox players. If you are participating in the SU10 public test, stay tuned for more information.

Since many members of the team are currently in Germany to attend gamescom, there is no new Development Roadmap this week. We have included the most recent Roadmap from August 18th. Click here for the web-friendly version. Since many members of the team are currently in Germany to attend gamescom, there is no new Feedback Snapshot this week. For the most recent Feedback Snapshot, see our Development Update blog from August 11th. The web-friendly version is available here.

There are 46 new and 23 updated products in the Marketplace today. Marketplace updates generally go live on Thursdays between the release of this blog post and 5pm PT. 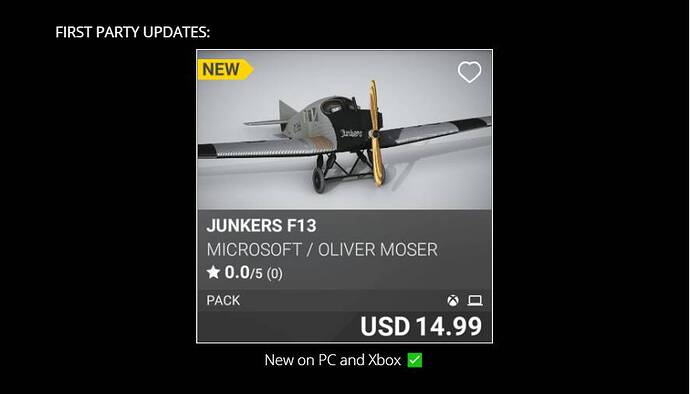 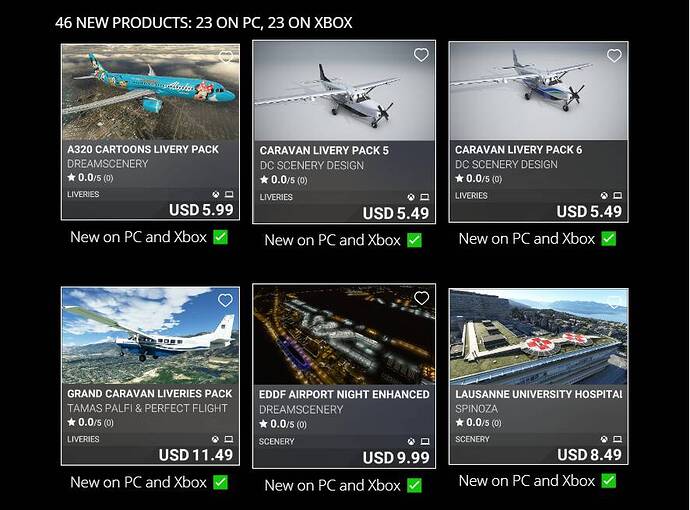 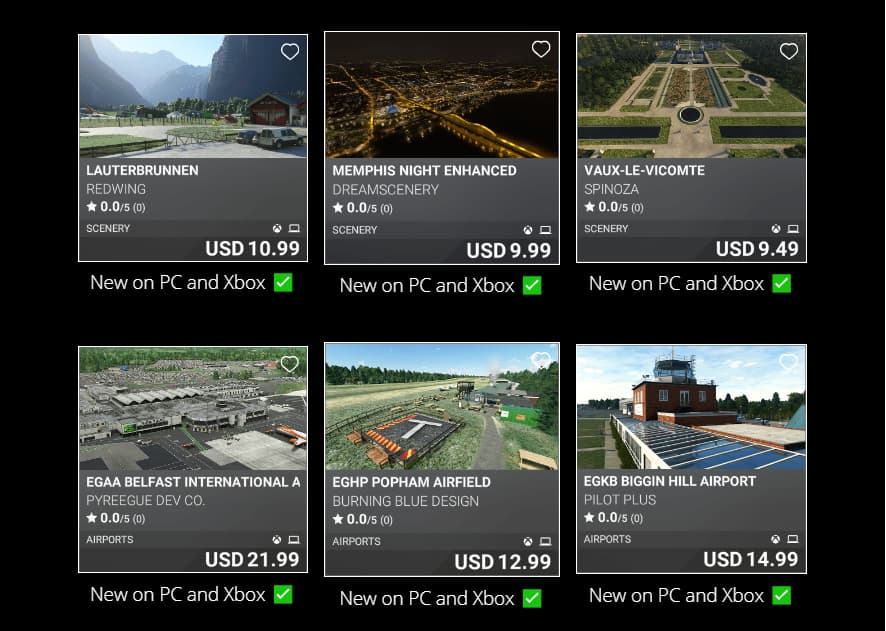 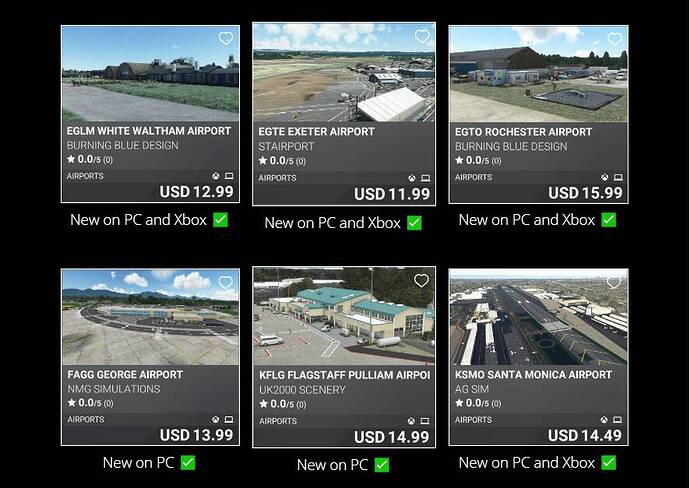 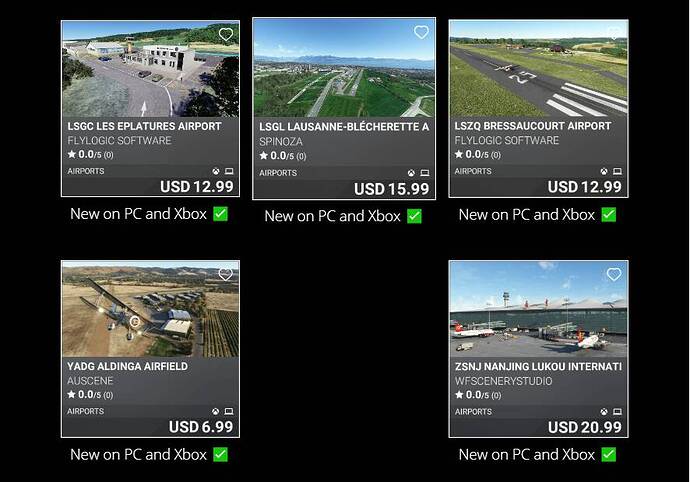 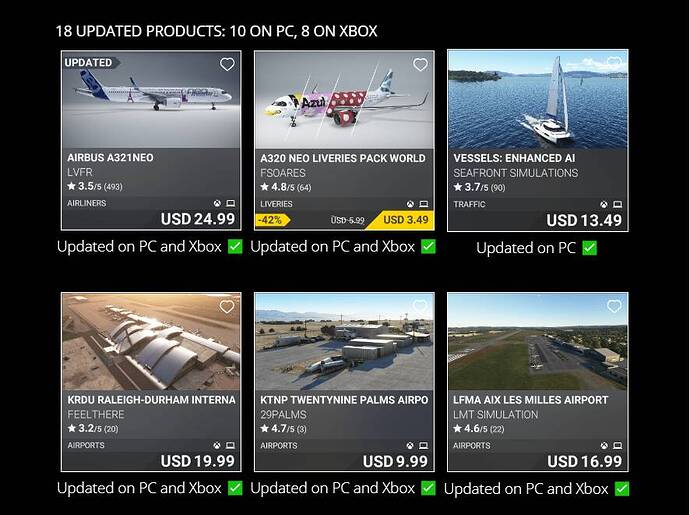 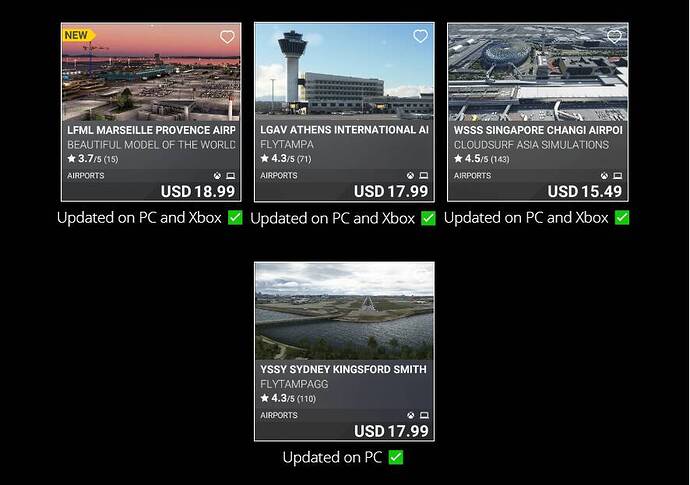 Since many members of the team are currently in Germany to attend gamescom, there is no new SDK or Third Party Update this week.

We stream weekly on twitch.tv/MSFSOfficial. Friday, August 26 is Namibia Day (also known as Heroes’ Day within Namibia), the national holiday for this southwest African nation. To commemorate the event, this week’s community fly-in will see us fly over the majestic Namib Desert, a uniquely beautiful part of the world where windswept dunes meet the Atlantic coastline. Event details here. All are welcome to participate! 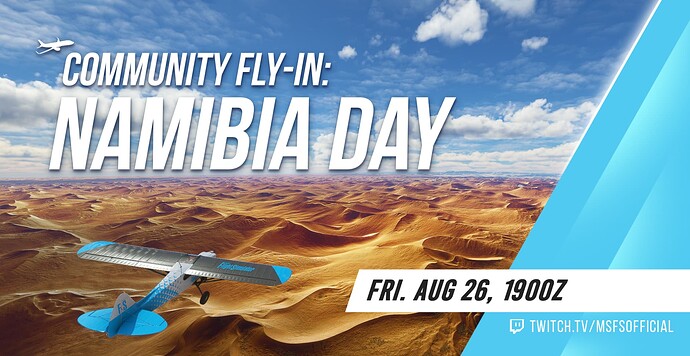 It was recently the two-year anniversary of Microsoft Flight Simulator’s PC release on August 18, 2020. To celebrate this anniversary, YouTuber Ausflight 360 created this beautiful video showcasing some of the planes, airports, and global scenery from MSFS in stunning 4K resolution. Check it out! 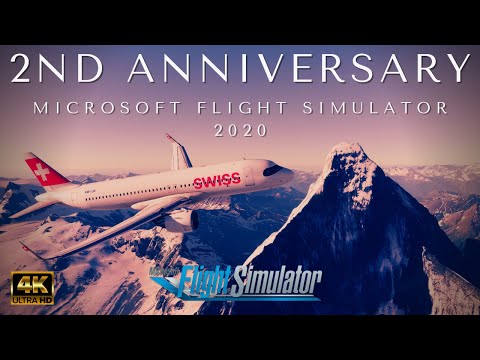 You can submit your screenshot via Twitter with #MSFSchallenge or the Weekly Forum Post ! This week’s screenshot challenge: The Tail End

This past week our Screenshot Challenge was “Two Years of MSFS”. We loved seeing your screenshots and reading about your memories and stories of your time in MSFS, so this week so we added a few extra runner-ups! Here they are: