I land at EGLL and this is where i’m told to park…its a long taxi to nowhere. 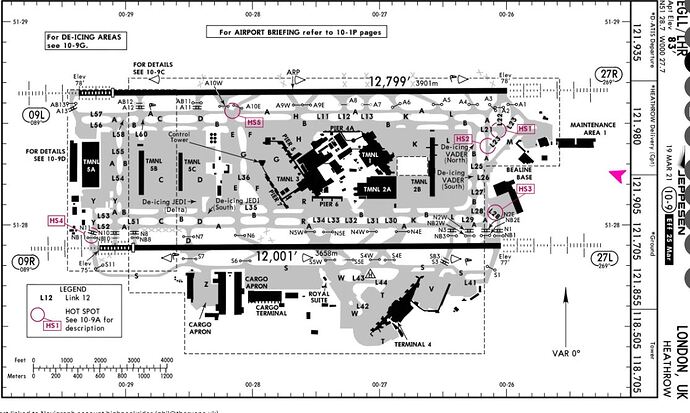 What? I think you need to read that topic again…but if they would go back to the way ram usage was, then all people with 16g or less would complain again about the high use of memory that will give stuttering, low fps and so on. To blame this on xbox alone is a bit to easy and the way that system is built and how it for example use it´s ddr6 ram is more effective than it´s PC counterpart. Makes me wonder if people really know the difference between these systems and how they operate, or just think it´s built and works like a PC. I think what we got with SU5 would probably happened anyway. But the issues, bugs, not to be able to use/utilize higher settings and systems and what not is a whole different thing. For me there is to many issues/bugs to enjoy MSFS and I was fine with pre SU5, would go back to SU4 in a heartbeat, but I think they will sort it out, question is how long will that take. If I would “blame” anything on the xbox maybe it would be the MSFS release date on that console, that forced the SU5 out to soon and in a state that is, shall we say, not so good…

I have 1400 hours play time. I’m trying to make it work but the minor annoyances are quickly becoming major ones.

On my case I prefer to have the FPS limited by the driver settings then by the MSFS software. It’s one less thing that MSFS has to worry about

What I gain is resourcing availability, meaning that my RTX 3070 will be around 75% CPU due to the fact that those 30FPS are rendered inside its GPU performance. Normally the GPU % will fluctuate between 75% and 90% to have a constant 30 FPS rate which is great since it leaves GPU resources for other things if necessary.

If you tend to care about the FPS smoothness then this is how I made it.

Very much appreciated SoildTea1116. Just tried it out and even with my lowly 2070 Super and Ryzen 5 3800 it made a world of difference.

My card was always maxed out unlimited. With this I barley hear the fans running, did not check the usage but just from sound alone it is a lot less. And no matter the weather setting or time of day it stays at a constant 35 (have card setting at 45).

Going to install a Ryzen 9 5950 tomorrow. That’s the plan anyway.

Again, thank you very much.

After 6.5+ hours of flight I noticed the redction while being close to land. I recorded the after land FPS at parking and went back to main menu returned to the same location and went back to the normal FPS in high-end configuration The video showing this: MSFS 2020 Sim Update HotFix2 - FPS reduction after some hours of flight, still happening - YouTube

I did get a CTD on grammar.pggmod

I’ve noticed more trees and I’m not sure I like it.

I do not have it installed at all.

I had a windows bug that changed my cpu power setting to non amd performance (windows performance) everytime it switched it would ctd or shutdown completely. Deleted windows power plans except for amd plans in the cmd as admin. And swear on my house, haven’t had a crash since.

Nope. They fixed that what was necessary and within range of a few days to get as many people flying again.
Sorry that they did not fix your ‘specific’ issue…

On Xbox series x at Luton airport all buildings appear flat. Not tried other airports but first airport I landed at and ground buildings no height and flat.

This hotfix is a mixed bag for me. Some observations…

but it didn’t work. I would like to play in something I paid for.

Did not know Hotfix 1.18.15.0 was available? Last info was possible 3 working days. That would have made it possible Wednesday next week?
OK I downloaded it under one MB of download from the store. I also had to download Garmin G1000 NXI inside the game. Which aircraft is working with the NXI?
1.The good news is no CTD.
2. Very little popping of scenery even when panning around.
3. It is flyable
Items not working correctly.

You mean a lot of other people specific issue which wasn’t an issue before SU5 with their lack of testing or lack of caring for the product.

Never had an issue before su5 and now I cannot even use the game. Waiting on a reply from Steam to get a full refund on a game that no longer works but because I have 200+ hrs in the sim I feel they won’t let me return it and will have a $120 sim and all my content as a total waste of money. This really really sucks…

looks for me as if your bing data are off- you fly offline ?

This was about system ram not GPU memory. He was trying to explain that xbox use ddr6 ram which is way more effective than PC systems ddr4 ram. Maybe he should´ve explained it in other ways, but to me it is quite clear what he wrote…

I think that Russian

Hey guys. Please help. Im trying to fly the Cessna 172 with the G1000 system. I have a question with autopilot. I have a flight plan made on world map, but when I turn on autopilot and turn on NAV mode, the plane doesn’t fly into the direction that is in the flight plan. The flight plan’s line is neon green color, not magenta, I dont know why. Do you know what am I doing wrong?
VS and everything else just doing fine, but the NAV mode not…