Incredible! Me and about 500 other people, all stunting through downtown New York. Everything on maximum and still getting around 30FPS - ON A GTX3080! (Not Ti, though overclocked to 2020MHz).

Smooth as silk and looked incredible.

Still a few issues to sort, but overall - VERY pleased.

So far I’ve notice that the broken Trim and Speed tape in the Longitude didn’t get fixed. Also on my Logitech X-56 when doing or checking key-binds they no longer highlight when in Control Options as they did prior to SU6.

Hopefully fixed with WU6. Notice Trim at 100%, at cannot be adjusted, only AP can do anything with them. also the speed tape has no color. This is the plane I have the most hours in and love to fly.

But so far performance and graphics seem great! But still some culling, don’t don’t if there is a new slider for that. Need to check that out. 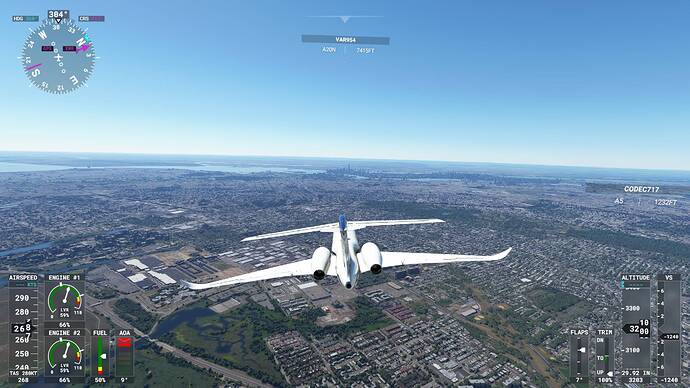 The graphics are smooth but still have ATC telling me to expedite my climb to xx altitude.

yes, visuals are decent…and seems to fly smoother. BUT the overexposure in the clouds and sky take away from the beauty, no? why can’t they just tune that. Seemed like after update 3 or so it started.

Can you give any context for the reason to enable -ffast-math in the wasm stdlib, thus losing IEEE754 compliance? It’s difficult to see a large win, at the cost of potentially dangerous optimisations. You should also document this clearly in the SDK so third party devs can work around the optimisations, and/or build safeguards into their code.

Everyone had it - you just didn’t notice before, trust me. This is what they are plannign to fix in WU6. See this announcement:

Overexposure/clouds/color definitely improved for me. Here’s a before & after comparison. And didn’t lose any performance. As a matter of fact, it seems slightly improved at preliminary observation 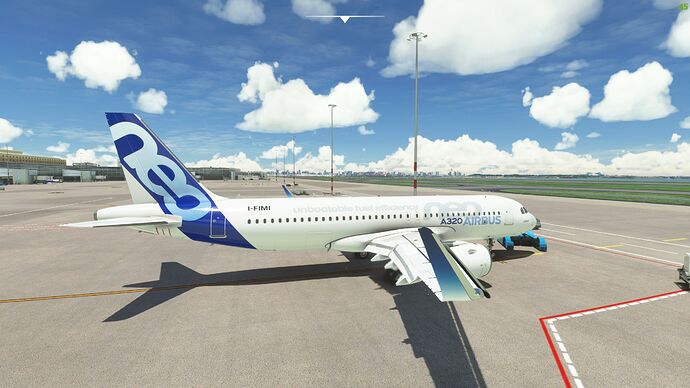 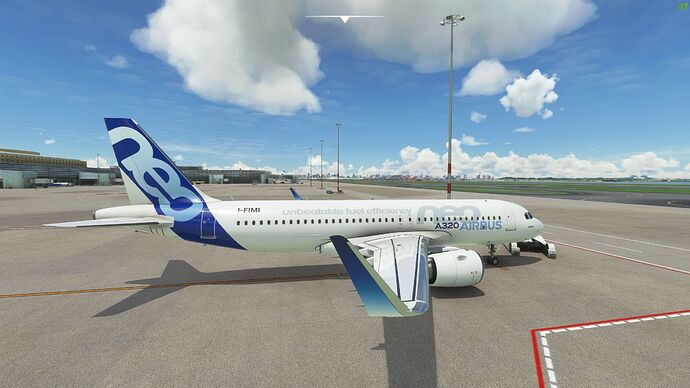 Installed Hotfix with no issue.
No change in performance for me, just a welcome back to the volumetric lighting and normal clouds.
Still seeing some AA shimmering regardless of settings, but mainly at night.
Overall, still better than SU4 on my system.

Edit: It seems there is much, much less panning stutter. Weather matched real world, as evident by the crab angle I had to land with. Pretty much the best flight simulation experience I’ve ever had this evening.

seems to happen when I’m in the cockpit, like of the c 152…looking at a certain angle, it gets really bad. Outside the plane it’s better

Still have good fps and the LOD and draw distance seems better.

It definitely seems like MSFS is going in the right direction but there’s still quiet a bit of work to do before it’s back to the pre SU5 days.

Ok. I understand, that to make the sim work on XBOX, a lot of things had to be changed and optimized an programmed newly, to make that work. I even understand, that this introduces new bugs. But to bring out an ok SU5, and then bring an Hotfix that renders the Sim almost unusable, is something I don`t understand.

From day one on PC release one thing worked fine on the sim: the integrated flight planner. And let`s be honest, I mostly fly VFR routes with Cessna or DA and therefore do really not need such overkill as Simbrief or even more complex flight planners. Therefore the integrated flight planner was fine. Ok, it was always annoying, that if you change anything on the start or destination point, everything is set back to standard, so you start at the runway and will fly a direct approach. And the fuel will be reset to 50 percent. But one could do these things in a certain order, and then it worked fine.

SU5 Hotfix comes in. First thing missing is the white rectangle, that would show you the estimated time of the flight. The guesses were ok… with some experience I could get a good clue of the real flying time. Second problem… it is not possible to add Nav points beetween start and destination point. Instead the flightplanner tries to set a custom point in the region of the mouse arrow. And best thing is… then you can not even select the add button. It simply does not react.

So ASOBO managed it, to make the game pretty much unaccessible, before you even are in the cockpit.

Next point is… let`s say in the Cessna 172 I want to set the mixture slider. Up to SU5 I got shown a percentage of the actual slider position. Now I just get the name. This is unhandy.

In VR now everything is way too bright. You can`t recognize anything on the ground, that is further away, because the entire world seems to be two times as bright as before. It is blinding.

And as a big surplus, the Hotfix appears not only to introduce new bugs, but to eradicate a large chunk of the performance gains.

ASOBO, that way this is nearly unusable. I really hope, you will not wait up to end of August with WU6 to repair that mess. Please… if and when you solved a problem, bring a new hotfix, step by step. That way you will get a lot of response, if it is working now. You should do it that way, because the sim right now is by far in its worst state it has ever been.

And I understand, that you had set the releasedate for XBOX and the marketing made this public. So you had to release it (had you?) on that date, even when you noticed, that the time until then would not be enough, as you guessed at first, when you decided for the release day. But if it is so… now you have to change your way of operations. Many small fixes. Anything helps. Read your forum thoroughly. You have the needed information there. So many new bugs. Old ones as frustrum culling and missing controller support in VR still waiting to be solved. So… patch step by step and wait for the feedback…

…because I tell you the bitter truth now, ASOBO: any more bugs will kill the sim completely. Right now it is like riding a wild horse. More we can´t handle.

There are so many threads about this, that you’d be better off posting in one of the other 1000 threads out there. Alternatively, any bugs you notice would serve us all better in a ticket.

And the 2-nd hotfix doesn’t seem to work either.

Agreed. I’ve had a vanilla install on a brand new PC since day 1. No mods.
No nothing. Not that I wasn’t interested in some of the 3rd party add-ons, but I’d seen enough trainwrecks in previous updates where the common theme seemed to be add-ons. Downloaded today’s hotfix and CTD’d 15 minutes into my flight from KLGB to PHNL. This after almost a year of stable performance over 480 hours of sim time. Now this. So frustrating.

Its a lot of bug, probably should have shelved the VR support and got it working on PC and Xbox first before adding VR in. Also beta test the sim and updates before releasing them would help a lot. Have an insider build the releases a few weeks earlier.

Here’s what I don’t understand. Any threads praising any aspect of SU5 or the hotfixes are being systematically merged with other threads in short order. I mean, how dare they post their personal positivity anywhere other than one or two dedicated threads, right?

So… why aren’t these ridiculously repetitive cloned complaint threads also being merged as enthusiastically? It’s like the mods want this community to remain the negative, bile-fuelled cesspool that it’s become. You can’t discuss anything at the moment without your thread being instantly pushed off the list by complaint threads all saying the same things, or being hijacked by someone who wants to complain again about all the same things.

I’m all for people’s right to complain, but seriously… “clamping down” on the positive side of the community while allowing the negative side to run riot is absolutely ridiculous.

YPPH looking a bit overgrown since the hotfix. Grass all over the ashphalt. Nothing in my Community folder. Otherwise a smooth flying experience. No CTD 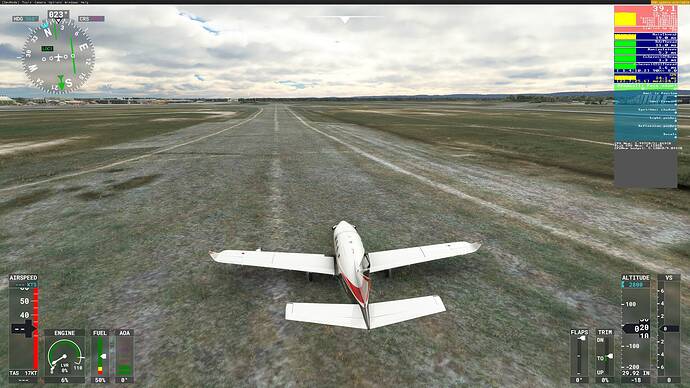 What I love are the shadows are softer and more subtle than the dark,sharp shadows in the top pic.

Couple of shots of Las Vegas (with the payware mod though, can’t remember which one) 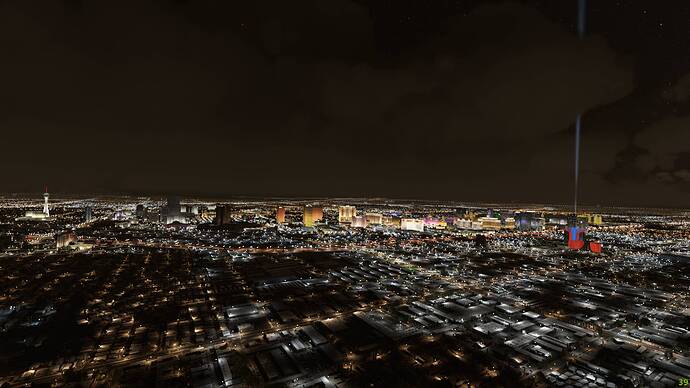 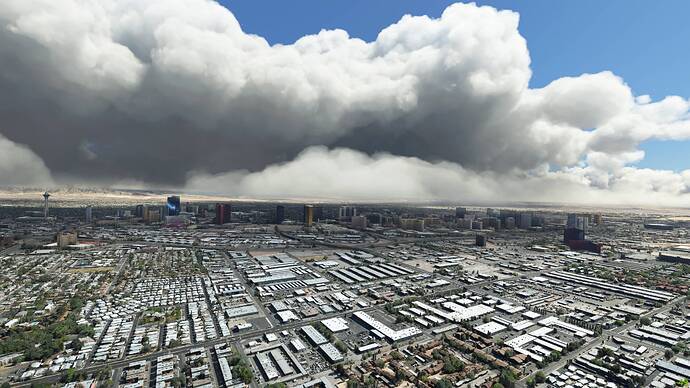