To those of us who were a little disappointed to see no new DEM included for Iceland with World Update V, look no further. Orbx have just released a freeware mesh for the entire country, available now from Orbx Central!

Using the same method used with our successful New Zealand mesh, this results in virtually no noticeable performance impact and each LOD is consistent without any blurring and minimal LOD morphing. 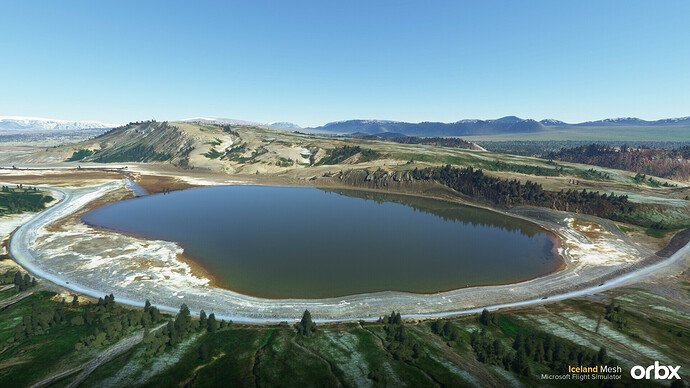 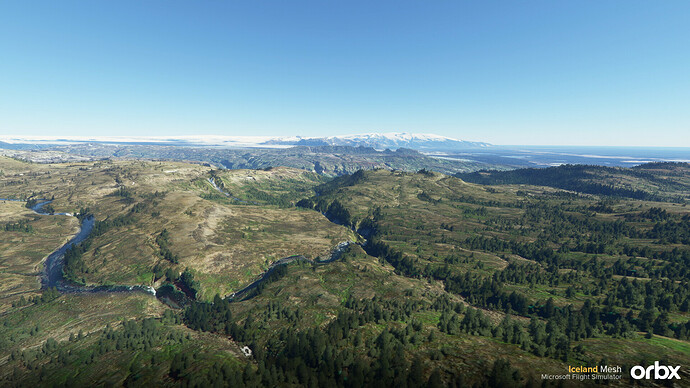 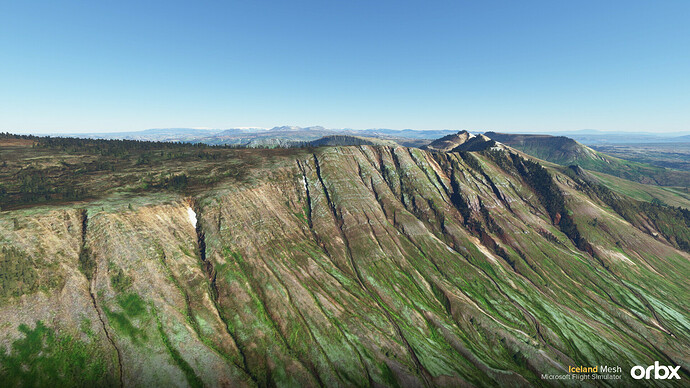 This is nice! Go get it!

I installed it and have been checking out some areas and I’m very impressed. The mikeaat-dem was a good effort although it had spike issues. The Orbx mesh seems to be of similar or same resolution and is flawless as far as I can see. Now I’m hoping that Baddweapon will update the Iceland overhaul and do some serious tree removal to complement this!

Edit: In fact a new version of the Iceland overhaul 1.7.5 has been released that is compatable with the Orbx mesh!

Pretty impressive…until you load into VR…then it’s…absolutely jaw dropping. The added level of immersion in VR is amazing. It literally sent chills up my spine it was that much of an improvement over the stock mesh.

From “tall rolling hills” to full on mountains. What a difference. Do yourself a favor and fly the 2nd leg of the Iceland bush trip in VR, if you have it, before and after you’ve installed this. Just wow.

I can’t believe this is free

Please orbx… do Alaska…my homeland…I will give you ALL the money!!

My experiences are similar… absolutely awesome in VR!

building floating and ridges around places i noticed

Please orbx… do Alaska…my homeland…I will give you ALL the money!!

+1 for Alaska! Would gladly pay good money for improved terrain mesh. Great place to explore with the new DC-6 and with all the bush planes available.

+3 for Greenland, PNG, and Antarctica.

The developer acknowledged this is in the ORBX forum. Will be fixed in update

I should have mentioned. They said that they’ve already fixed it and will be pushing out the update soon.

Why don’t you just see if it’s really fixed before claiming it isn’t? Just an idea?

That is a complicate fix
I do not need to check

OK. I see what I am dealing with here. Best of luck!

@Baddweapon1116’s freeware Iceland Overhaul has just been updated to version 1.7.4 to make the mod fully compatible with WU 5. In the comments he says it should be compatible with the Orbx mesh too!

Some people have noticed a few small issues with the mesh and my mod. I should have them resolved by tonight and have a hotfix uploaded!