Article Containing Details and a VERY SPECIAL Surprise for all the Bush/General Aviation Junkies out there!

P.S. Watch the Trailer all the way through… 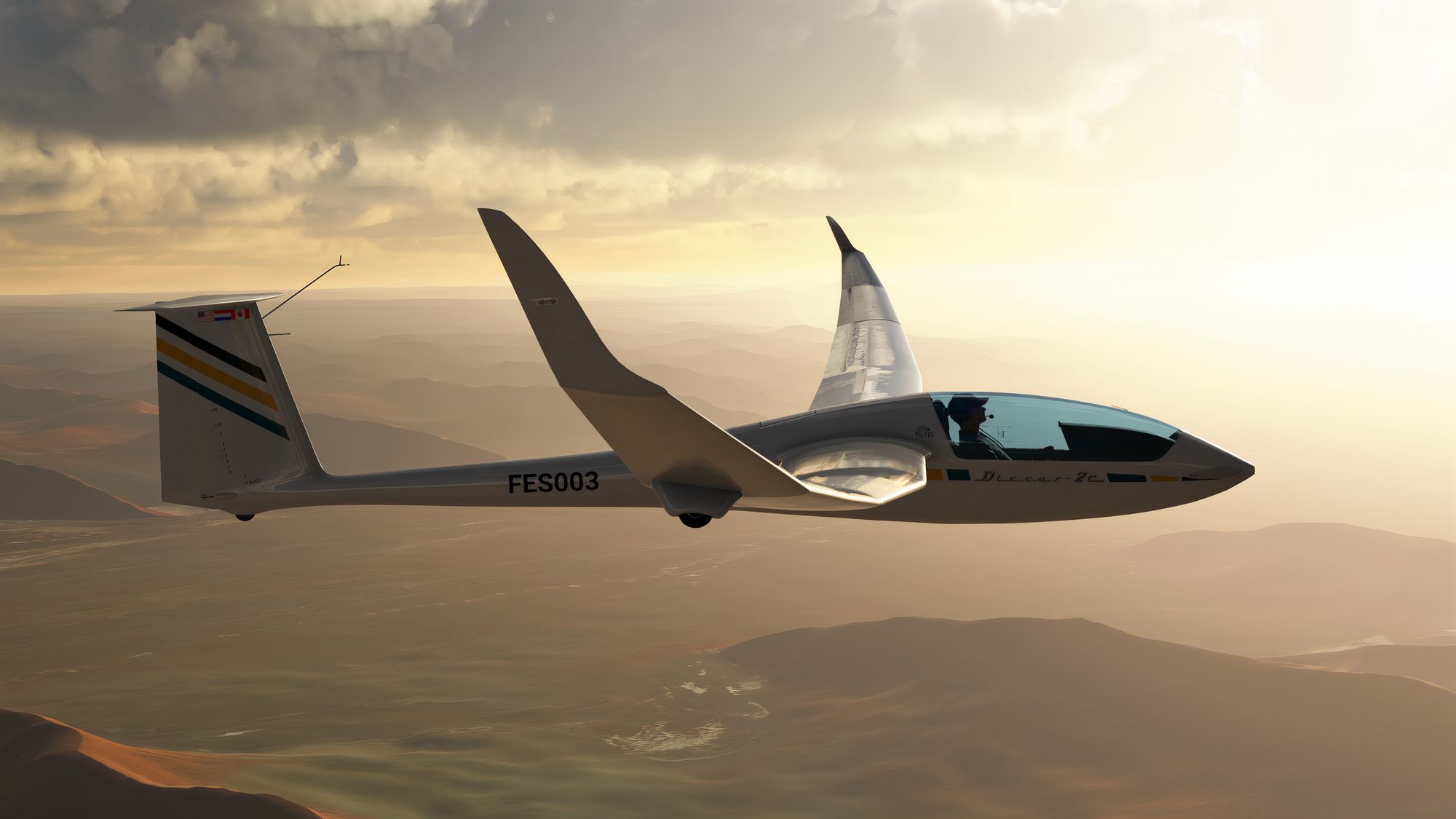 The Sky is Calling! The Discus-2c Premium Edition will be Releasing on Flightsim.to Today and the Official Marketplace for both PC and Xbox Series soon after!

Just to be clear: the current price of 14,73 EUR excl VAT is the 25% reduced price available for the first week? I’m just asking because I think last time the rebate was visible in flightsim.to.

I never put this out. I sincerely apologize. Got sucked into final phase of development.

Pricing was $20, but we decided to permanently place it at $15 for both Official Marketplace and Flightsim.to as appreciation to both communities. We heard the feedback from official marketplace supporters and we wanted to sell the Discus-2c in a fair price range that everyone will enjoy and be able to have as a nice introductory price to gliding.

She will be on sale in the future lower than $15 for a couple special releases we have planned!

Since when have standard non World Update areas, with no 3rd party Mods, had actual rock faces and STONES and SMALL ROCKS on the flat ground?! I’ve never seen it anywhere else before except hand made features like Gibraltar and Saba (cliffs, but no stones on the ground).

No major spoilers for the awesome gliding opportunities around here, but check this out! 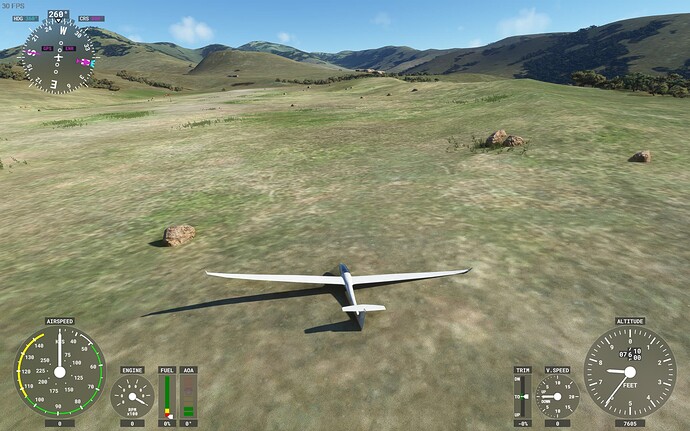 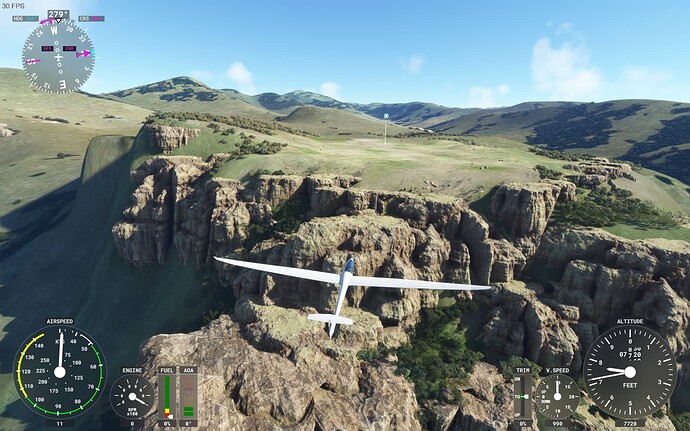 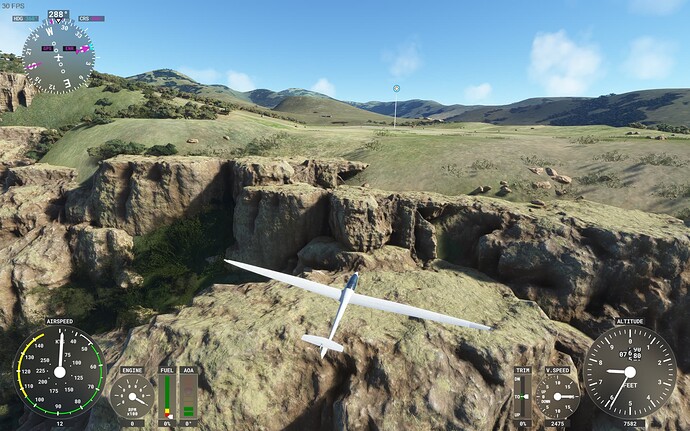 Since when have standard non World Update areas, with no 3rd party Mods, had actual rock faces and STONES and SMALL ROCKS on the flat ground?! I’ve never seen it anywhere else before except hand made features like Gibraltar and Saba (cliffs, but no stones on the ground).

It actually is a handmade airstrip. It has a folder in the official content folder ‘Asobo-airport-fxme-maketane’ and it’s been around for a while. Think it was a landing challenge or something ages ago. C53 Lower Loon Creek is another one that’s a bit similar, bush strip tucked away in a valley of the Salmon River Mountains with some rocks scattered around and so forth. Dunno if it’d make a good gliding location but the area is great for bush flying.

I immediately went to the GF Glider Club for my first flight. The FES version is excellent, and the motor really adds value given the sim as it is today (i.e. no native thermals). But I couldn’t find many (or really any) significant updrafts to use near the Glider Club. What am I doing wrong? (Besides “everything”, probably…)

It actually is a handmade airstrip.

Ohhh. OK! Wonder what else I’ve been missing. I just randomly loaded to this airfield! This sim is full of surprises. It’s gonna take me 10 years to scratch the surface! Thank you for the info

Gonna take a look in that folder…

But I couldn’t find many (or really any) significant updrafts

I have a bunch of weather presets that start with the word “Soaring - xxxx”. Can’t remember where they came from now but they could be one of your answers.

Also do you use Kinetic Assistant?

Our team is so humbled that you all are enjoying the new Discus-2c Premium. Today during a promotional livestream, we had a streamer encounter a common issue. Since alot of you just jump right in and don’t read the included flight manual, our team thought it best to post the issue directly and give some insight from our team. 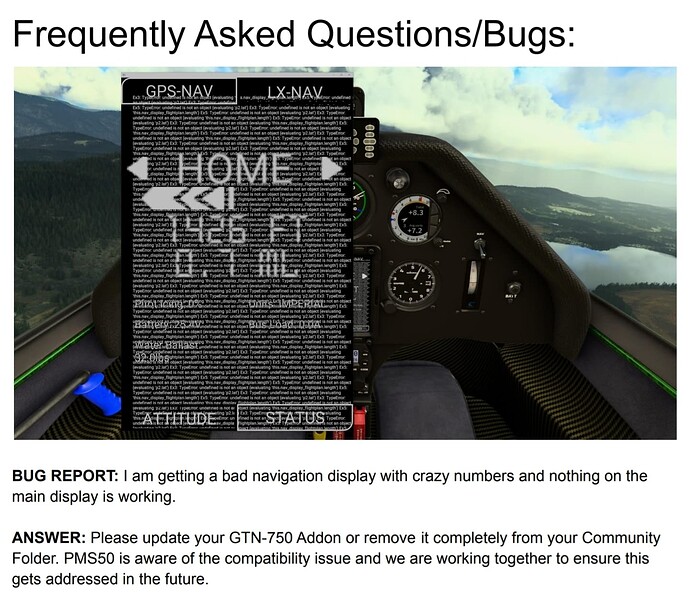 This issue is only something you need to worry about if you use the GTN750 by PMS50. Our Discus-2c does not depend on GTN750 nor do we have any conflictions with their files. That being said, PMS50 does modify Asobo’s base game NavSystems.js/html file. Our team personally isn’t pleased with PMS50s approach, however, it is required for their systems to operate.

Here is a further explaination directly from PMS50:

After Sim Updates the user must update our GTN750. There is a message in the cockpit for doing that. We are effectively changing a base stock Asobo file (navsystems.js) because they do not provide a way for managing GPS switching and for disabling auto approach activation. We are doing that in the good way and we deliver a new version the minute the Sim Update is published. We have requested Asobo to include the features in their code or to provide some other way to allow GPS switching and disabling auto approach activation. After a Sim Update every addon should be updated.

Hopefully this changes in the future. However, our team has zero control as it doesn’t deal with our product.

Kinetic Assistant has a feature to import thermal hotspots in the sim with a map to locate them and also an option to make them appear in the sim either as a transparent helix thing or as birds flying around although that feature might be for the paid version only, I can’t remember. Hotspot imports are in the free version though.

Curious on the differences between the paid and the free version?

I’ve had a couple of 2H+ flights on live weather. There actually are thermals in live weather now. It’s probably not completely realistic yet (they’re a lot smaller than what I would expect), but thermals are already part of live weather.

Should only improve in the future

Here’s one of my routes; 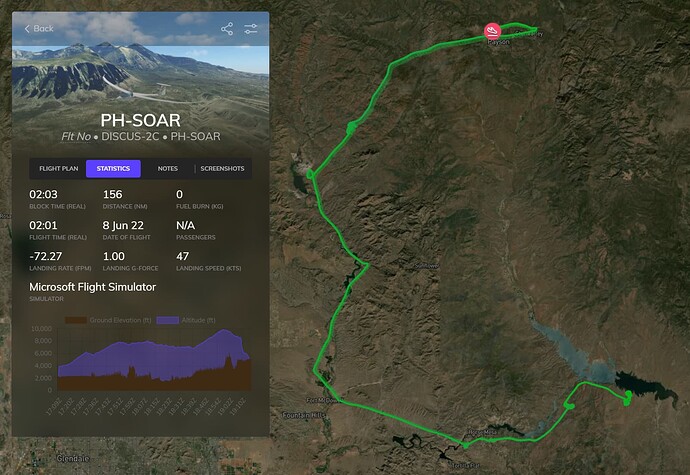 Submitted and waiting on Asobo. We unfortunately have zero control or insight now. Just waiting to hear that its slated for release on release day.

Where does the PH-SOAR come from?
TG

you can add your own registration from the plane customization on the world map screen.

Do you mean PH-SOAR is your registration?
Then I should have been more specific - the data page on the left hand side oy your route map - how do you get that data page?
TG