Well , VeryOldPilot, since I don’t know what a “customer service staff instructor”
is, I might have been (or am) one.

I was trying the workaround and found out that, if I have the Project Editor window open, I gain 30 FPS.
So I can fly with everything on Ultra at more than 100 FPS.
If I collapse it, I lose 30 FPS. I don’t see any change on screen.
I’m still confused on why such things are happening… 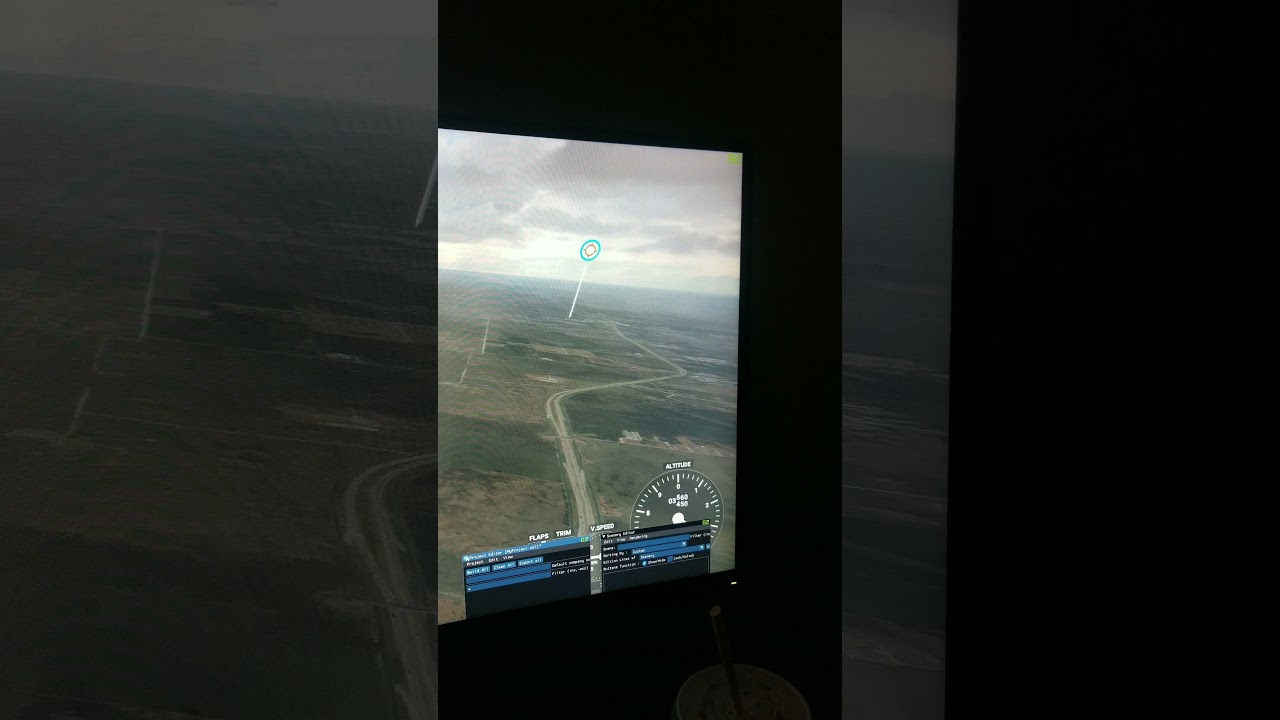 EDIT: Looks like Geforce Experience is displaying wrong information. Numbers don’t match the one from the Show FPS option in the Dev Menu. Mistery solved I guess.

For the scenery editor workaround, how can I fly after I open it? Could someone help please?

Even when I get decent frame rates (not using the 76T fix) I am seeing a sort of “sluggishness” and lack of smoothness in the glass cockpit.

I had the same issue.

Check to see if you are in developer camera / slew mode (Camera Menu > Developer Camera).

Please everyone add your vote to the wish list for a separate beta channel here:

Something else that’s acting weird: I used to record VR gameplay using Oculus Mirror. And since the last update, recording is shaky but more important, it stutters like hell as soon as I’m approaching an airport. The mirroring does stutter, not the actual game in the headset which is perfectly smooth.

just another person thinking they know it all, he says just get a better gpu / cpu and you’ll be fine except the majority of the people experiencing the problems seem to be high end CPU / GPU users. I mean if a 2080 8 gb and 32gb of ram running a 4.0 ghz processor can’t get more than 20fps right now (when it was getting 45+ last week) … it’s not the hardware. Then again some people just like to listen to themselves in the mirror. Pay no attention to them.

still waiting for the hotfix myself, i want to play the sim properly again

Managed to get it on video with the devtools fps meter showing. Multiplayer flight over China where the FPS was randomly flipping between 14 and 40 fps for a while. When fps drops “Manipulators” goes from 9 to 50ms and “Main thread” goes to 60ms. Watching first 20 seconds is enough to see the change. MSFS random FPS flipping 40fps/15fps - YouTube

All flights are between 4 and 5 hours long and I flew them with WT CJ4 and Longitude. Similar to all flights is that FPS starts between 30 and 50 depending on the settings and plane. As an example, with Longitude, departing from Darwin, Australia. FPS in the cockpit is between 40 and 50. Then during the cruise, it slowly drops between 27 and 33. Then when starting decent, everything goes to ■■■■. And this happened on both aircrafts with all the flights. During the early stages of flights, I’m limited by GPU but the longer the flight goes, the more it’s limited by main thread. And when starting to descent, its goes between limited by Mainthread and limited by CoherentGTDraw. And when this starts, FPS drops below 15 and when getting closer to the airport, it drops to 10. After landing it usually bounces back to between 15 and 20.

You can minimise the scenery editor by clicking on the small triangle in the top corner, and then move it out of the way. As per the temporary fix posted, I’ve found that I can close the project window down without saving it, and just keep the Scenery Editor window open.

keep saying o paid , o paid!!! everybody paid not only you. This will not bring your money back and will not make your frame rate better. Report to zendesk as we all do and cooperate constructively if this is possible otherwise, if you can’t play like everyone else we’re sorry, but this complaining serves no purpose except to fuel general discontent.

Hi pilots.
I struggle with same issues. And it became worst recently.

Limited by Mainthread:
My biggest bottleneck is the CPU. Even its an Intel i7-10875H (8 cores/16 threads) running a 3.5 GHz most of the time it’s the limiting factor. Thread utilization is bad and overall usage is just (35-45%).
Two things mainly have an impact on it: Terrain level of detail and the refresh rate of glass cockpit.
Before I had an i7 with 6 cores / 12 threads. Utilization was equally bad but it ran at 4.0GHz most of the time so at the end it was faster.

Refresh Rate of Glass Cockpit:
Changing the refresh rate from “High” to “Medium” gives me another 5 FPS. Unfortunately this makes the displays very jerky and destroys the whole experience. Not using the cockpit perspective performs way better.
I can only speculate. But either some things of the glass cockpit are drawn by the CPU and uploaded all the time or the renderer for lines/texts/objects is not the best.
I hope they optimize it since most of the planes use displays.

Stuttering:
Frequent stutters are still a huge issue for me as well. It always occurs when the ATC is talking (using the speech via the cloud). Or when scenery items are loaded.
Rotating the camera view also causes stuttering. Mainly when flying at photogrammetry areas.
Then GPU memory usage changes rapidly too. It seems whole content of GPU has to be replaced based on viewpoint.
With one of the latest updates I now regularly experience long durations of stuttering (15-30 sec). Then suddenly performance drops to 10-15 FPS for a long period and recovers afterwards. It can be reproduced.

World Map:
With one of the latest updates the work map became very slow. It is limited by “Manipulators”.
I have to zoom in once to get it back to normal.

I am wondering why they don’t just roll it back . That would make people happy and they ( ASOBO ) can take vacation as long as they want . I have no problem if it take them the whole year to release an update but it’s definitely a problem if the update wreck the sim for a month .

There is a setting for the refresh rate of glass instruments. Is yours set to high?

Count me in as someone that thinks they should roll back. It’s basically unflyable in the current state.

I have a RTX3090 + 10900k and I had 1 solid fps during 5mn, one fps… I am pausing till it is fixed, I am tired… Tried all described “workarounds” and thanks everyone by the way in this quest of minimizing the impact of this regression. let’s see what next week will be made of ! Enjoy your sunday/monday