I just flew from CSSS Singapore Changi to WMKN Sultan Mahmud and had no “Packages are out of date” issues. Azure ATC was working, but log book still is showing just my last two flights.
Achievements are still there tho. I’m from Germany and use the Steam Version.
Will fly now from WMKN to VVCS and see if that works too.

Data is and was fine but I suddenly got stuck in the ‘press any key’ loop after the message about packages out of date during a flight.

Sim started ok today but logbook is at 0, data was still enabled.

As far as I can see, all my packages are up to date. I did have 30 liveries pending, but updating them made no difference.

Appears the issue is easy to reproduce, turn off online data and turn it back on. Packages out of date pops up. Same happens when losing internet connectivity.

Clicking Yes brings up the press any key intro, pressing any key resets the profile and logbook. Closing MSFS with the window X button does not.

That’s what I’m planning on doing, but I have this little “devil” in my mind that keeps telling me to see what might happen if I update those packages.

There are no packages to update

according to my content manager there are. Whether they are just ghost updates or not, I don’t know, but there is definitely an option to download and apply each of them.

Can we all condense this into something a bit more concise and accurate in relation to the original post. So far, it looks like this:

My Content Manager showed three new updates. I downloaded and installed them without any problems. Now back to normal (until next time …).

Nah, just a couple of US airports and an Alaskan bush trip, as a few other peeps have reported.

Hello everybody. I had answered “NO” (steam - Italy).
Here is the result: shop disabled - profile intact (hours, flights, etc.) - no files to update (but I didn’t have everything installed) - all my purchases present.
I’m afraid the giant has started to breathe and they don’t know how to tame it.

And STILL no reply from “customer friendly / transparent and to listening “ Asobo !!

This is real bad … some of them read these forums also right ???

If there not hard at work this weekend trying to fix things for their users then probably not, the let it trickle down to them thru zendesk / forums snitches er I mean moderators lol ;p

I just did a couple of short flights and it was better but not great, didnt even think to see if my log books were back, but I did manage to get these: 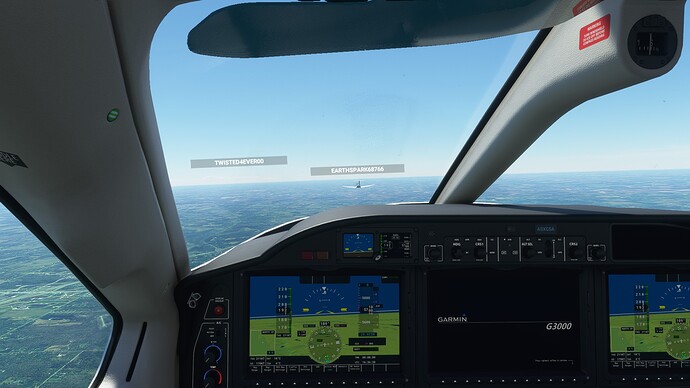 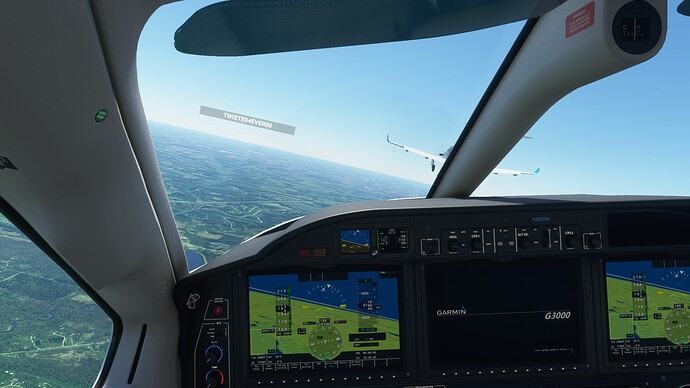 I just noticed, Ive already made several passes on this person, so we’ve been in the air for at least 10 min, and his gear and flaps are still down…

In my case was a bit different. I try to summarize my experience of the problem:

when I got “Warning: Your packages are out of date”, i clicked NO (as i was in middle of flight)

I know exactly what will happen with this thread.

We’ll keep asking about this until Tuesday.

The CMs will maybe tell us “the team is looking into it”.

We’ll never get any reply.

The error message will stop popping up after World Update IV on Tuesday.

The moderators will lock this thread because it’s “not an issue” anymore.

The people who lost their logbook data will never get it back.

If we vote up a Q&A topic to ask about this, the question will be ignored by Jorg and the others.

More news on my “trying to know what can cause the issue and what kind of issue it cause”:

If I do this (change data to NO apply, latter YES and apply) while in flight and not in the menu, the Pop-up will appear as spected with this bug. I choosed “NO”, it seems to have applied something.
After that, I press esc to open the menu while still in flight and went back to “Data” and… the data are still “OFF” despite de fact that I saved it as “ON”.
Why? Because the pop-up tells you that if you choose “NO” it won’t allow you to go online.

Ok, then I changed the data to “ON”, applyed the settings and after that the pop-up shows again, that time I clicked “YES”.
This trigger the cutscene with the “press any key” loop.

I restarted the sim and I had the SAME ISSUE AS DALMAKO, when it started ask me about configs and accepting the license terms. In the sim, some of my settings went back to default by itself (all in assistance and some in the general category (misc, accessibility, traffic and sound as far as I can see) and ALL MY LOGBOOK WENT BLANK AGAIN

I hope that this “invetigations and checks” can help to the devs to trace what can cause this bug.

EDIT: This is what happened to Dalmako

When the bug happened this afternoon I was in 1.14.5 (I was doing a short flight), after the bug I got an update and now I’m in 1.14.6 After the warn message (18:30h CEST) appeared and after restart the sim, I got stuck into the start screen into a loop. After close the sim (Alt+F4), and start it again, I was prompted about the “Accesibility menu” (the one about the scale of the UI of the game), and then I was promped about the License terms (like if it were a new instalation) and then the l…

EDIT2 with More info: The “world map” now is centerd in north america instead on my last departure and the aircraft selected is the “Daher TBM 930” instead of my previous used plane (Shock Ultra). Literally the same as Dalmako, I was talking with him on Discord when the bug happened to both of us at the same time while we where flying online.

Yep thats what I did and it worked

Thanks mate,
Maybe it’s clicking the YES then that causes the logbook issue, and clicking NO creates the data issue. Possibly the NO disconnects you and preserves all the data, but means you have to manually re-select ONLINE when you restart the sim.