pretty easy with a youtube tutorial, took about 15 minutes

I second AIG traffic, it’s really good. But 15 minutes? It took me 5 hours to download all the aircraft and liveries, lol.

oh and all the airlines, yes a bit longer

i only have 10 airlines which took maybe 20 mins

Where’s the fun in that? 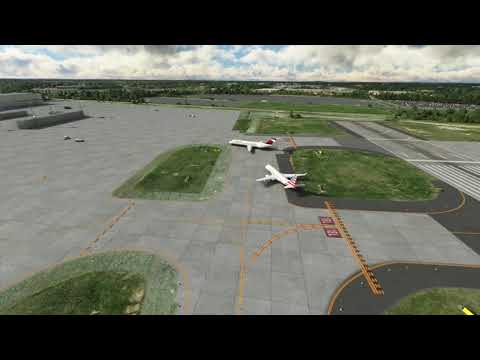 I love seeing what people think are “easy” things to do…

I love seeing what people think are “easy” things to do…

Compared to the rest of the stuff, it sounds like those 2 items should be relatively easy to program in (even the added #4). But yea I totally know nothing is simple in an enormous project like this. I have enough troubles making the small games I work on glitch-free. Fixing or improving one thing often breaks or affects several other systems! Constant chase…

pretty easy with a youtube tutorial, took about 15 minutes

Installing the core software? Sure. 15 minutes isn’t going to cut it if you want any airline liveries downloaded though.

Nobody here has any idea how easy or hard anything is to do.
It’s fine to ask for improvements, but, in my opinion, not anybody’s call here on how “easy” it is to solve.

In my opinion, none of those things asked for are easy. There is no way they wouldn’t have fixed the spinning taxiing planes by now if it was.

No matter how easy or hard it is, it’s very important to do it or this sim will never be as accurate as they meant it to be

Keeping this alive for visiblility. I can find a work around for many AI issues, but the one that I can not understand how it still is not fixed is the spinning AI while waiting on the ground. Just tell it to not do anything.

Where is the official bug page with the votes? I can’t seem to find it. One thing we can do is report this issue directly to zendesk.

Almost all of my Zendesk requests have been granted.

Just tell it to not do anything.

Problem is you need to look further back than that. I mean what is telling it to move in the first place. If you just tell it not to move, when do you tell it that? If it’s locked then it won’t move again even if it could move correctly (taxi, to take off) so that isn’t a good solution.

It would need to be more conditional, such as: if it hasn’t moved in x/z coordinates, and is on the ground, and is rotating more than 360 degrees more than once, then stop. But that would have a huge overhead if it’s constantly tracking every single aircraft in that way to check if those conditions were met.

As mentioned up thread it seems simple but actually a deeper problem to solve than it seems maybe? They need to solve the root problem, it’s the only way. What is the root cause?

OTOH, some people here just might do this for a living.

Are you suggesting therefore that stopping the planes from spinning is easy, since this is what you do for a living?

Since, yes, I have been involved in programming like this for a living, and in my opinion, it’s not necessarily an easy thing to do, all I’m suggesting is remove the “easy”, then go ahead and request the change. To me, it’s pretty insulting to assume any task is “easy”, and, certainly, the requests that were given here, are not very likely easy, or they would have been fixed already.

I’m not assigning any level of importance here to these, sure, I’d love to see them fixed.

No matter how hard it is, it’s a core sim issue and important. So they need to find a way to fix these things either with a complete rebuild of AI or repair.

FSX was far ahead than MSFS in AI traffic… It’s a shame actually, because with working AI this Sim would be perfect for me…

The state of AI is by far the worst immersion killer for me. Judging from it being in the wishlist top 10 for ages, many others probably agree. It’s in the feedback snapshot, it’s supposed to be in the roadmap, but … nothing. Now we have a new way of sorting the wishlist (last 3 months), I hope that’s not the way to push certain things back that people have been asking for from day one!

Personally, looking at the bug fixes in SU10 release notes, I could live with half of the bugs there if it was to fix AI.

@Kaiii3 the person behind AIG, by far the most advanced AI addon, has also been sharing a list of top bugs to fix that would make huge improvement - still nothing.

Another thing I’d like to see fixed is ATC incessantly telling me to leave the runway when able. I know I need to do this. I don’t need reminding every 30 seconds.

Yes, spinning aircraft, which I often see at Southampton, is jolly annoying.

AI/ATC is long overdue some serious love and attention.