I think you are good. I’m just glad for the ones affected by this issue the workaround is simple and effective.

All the same it shouldn’t happen.

Apart from W11 the only things I can think of is virtualisation is turned off in my bios and my packages are on a different drive to Windows and MSFS. Rolling cache (not used in the test) is on a 4GB ramdrive. Otherwise I have no idea.

I think I will go ahead and try to install Windows 11 and test while keeping my Windows 10 installation saved in another hard drive. If I get to do it I’ll update my findings here.

Then you did not have the original problem, single digits fps on the ground and normal as soon as the wheels left the runway, you should have read the whole thread, it would have saved you unnecessary work as this thread has been hijacked by various performance problems.

I tried a clean install of windows 11 and a full reinstall of the sim and the issue is still there. My guess is that it’s a bug related to some hardware while others are just fine. Hopefully the developers have a system that can recreate the issue.

Just thought I’d mention that another user found the answer to a similar problem, my advice is directly underneath his.

Hi All, I found solution to fix this issue! change windows page file size (min 50mb max 5000mb). U canalso try turn off it. But I have in hudge airports crash before final landing (I think due to big size of addons). remove all not using during flight content from Community folder. Dont use liveries for vatsim as well. I got about 10 long trips and its works perfect!

Well its worth a try, but im not convinced, firstly my windows install is on a 1tb NVME with only 78gb used and with 32gb i would be surprised if my system is paging. Also a 3rd party developer had already posted on that thread that they had provided information to Asobo that allowed them to find the issue

After latest updates the game went from 40-50 FPS to 10-20. The game is destroyed for my sake, why not the developers is all over fixing this yet is a joke to me.

Funny post. Why was this banned ? It is neither offensive nor personal. It seems that nobody expects the Spanish Inquisition ( if you are old enough you may know Monty Python).

Did you expect me to understand this?

Do you mean delete and reinstall the PG cities?

@KevinSull I mean when flying in the US you don’t need those PG cities installed. So I delete them all for better performance. If I decide to fly in France for example, I install the PG for that area and when I am done flying I delete it again. In my case having them uninstalled brings a dramatic improvement in CPU performance so I only install one of them at a time them when needed.

Great idea! I must consider this. I presume via the content manager right?

@KevinSull That’s right. Search 3D photogrammetry cities and make sure the objects show itemized by clicking where the yellow arrow is pointing and restart the sim every time you delete them to see any changes. Adding them does not need a restart. 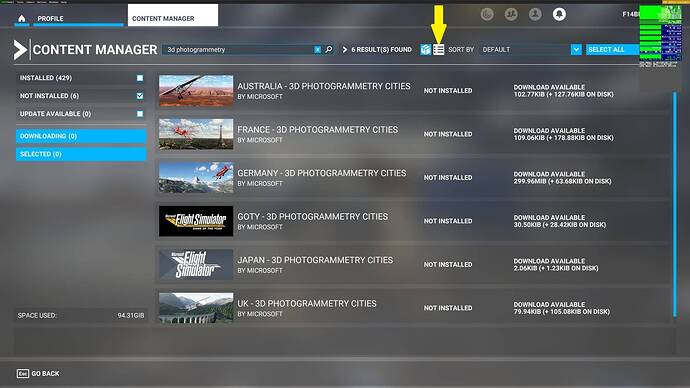 Thank you very much Billy!

Hi all, please keep all SU8 beta discussion in the SU8 Beta forum. Thank you!

My MSFS is stuttering so much the game has become totally unplayable after the latest update.

MODERATOR EDIT:
ditto, but there are so many posts about all the issues that I don’t know what to do to make msfs2020 playable !!! I have uninstalled and reinstalled the game several times via Microsoft store or Xbox, but I have at most one image every second so unplayable! I even tried several times to install the game on an external SSD but it crashes,;;; so really I don’t know what to do anymore. Help, please

This is an English Utube vid that may help. 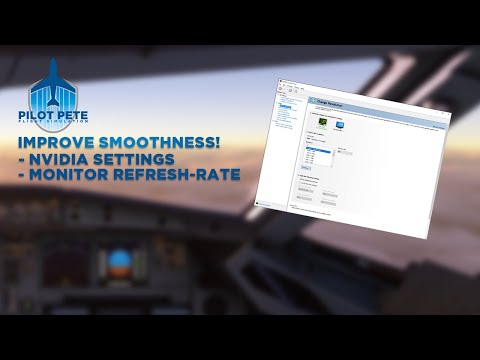